be nice to your plants

Posted on February 1, 2014 by paridevita

Hello everyone; indeed, it is I, Chess the purebred border collie, here to bring you the latest and most up-to-date news from our garden. You may remember me from such enjoyable posts as “Cactus And Snow” and “The Awful Smell”, among so many others.

Here I am in a characteristic pose. This is what you’re supposed to do on a winter morning when it’s snowing. After your walk, of course.

Later, I wanted the guy I live with to give me a biscuit, so I put on my sad face. Like I’d never eaten anything in my life, you know, and was about to keel over. 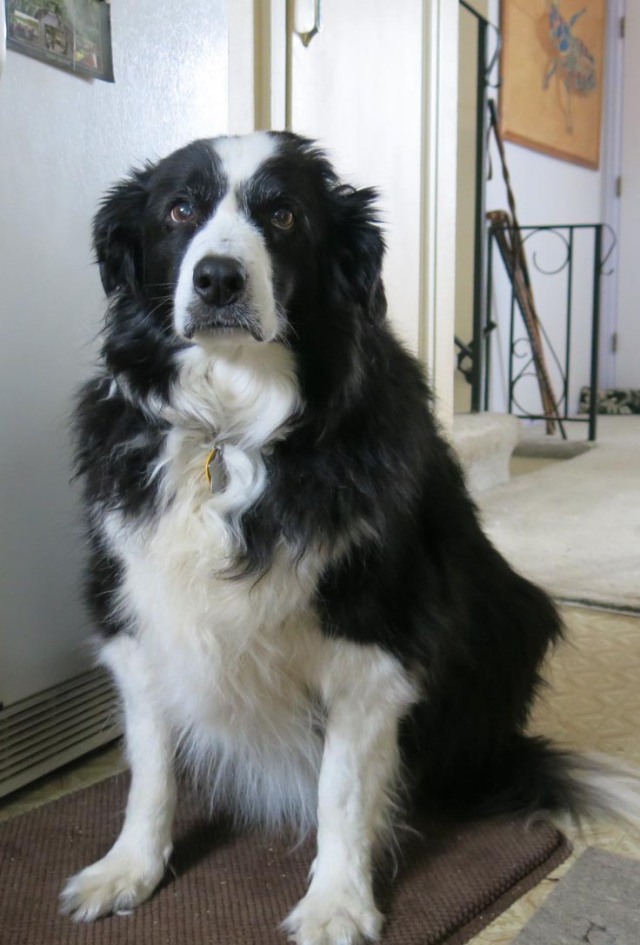 I got a biscuit, of course. That “cheap, ugly mat” is something he bought for me so I wouldn’t slide on the floor.

As I said, it’s snowing. It’s been snowing for two days, and it’s supposed to snow for at least a week. The guy I live with says, “You think a week of rain is depressing, try a week of snow”. He says things like that. I ignore him. I think my mommy did too, which is why they were so happy together for so long. He’d say something, and she’d roll her eyes and quietly sneak downstairs, and I and my buddy Slipper would follow her, leaving the guy I live with to say things about snow with nobody listening.

One thing that he says makes sense. Wet, heavy snow is bad for conifers. Or can be bad. He has a “snow pole”, which I bet most people don’t have. It’s isn’t really a snow pole, it just becomes one. He says that’s the difference between using the poles for the tree saw, and utilizing them as a snow pole. I have to listen to this stuff all by myself now.

You might think this is a trifle eccentric. Having a snow pole, I mean. It’s to knock wet, heavy snow off the tops of conifers, which he says is important. You see this Cupressus bakeri here, 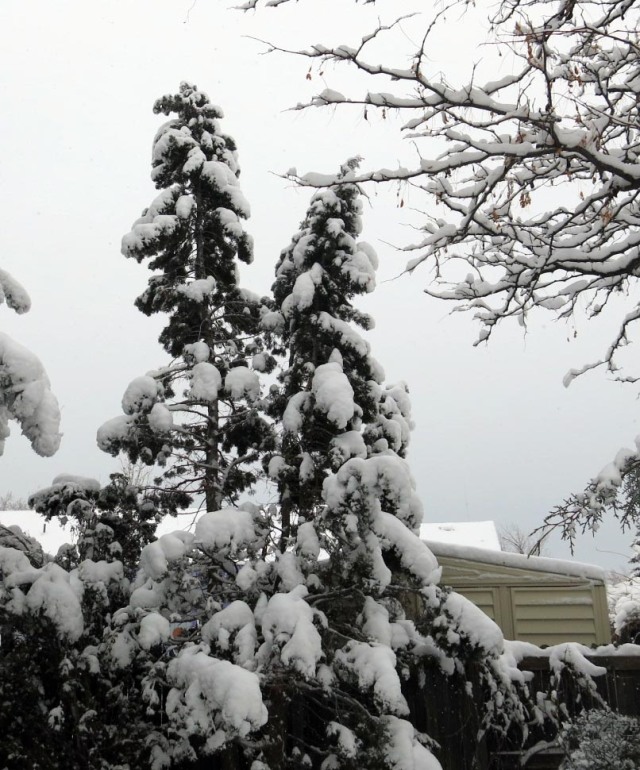 well, this is what it looked like on the morning after the big blizzard of March 2003. 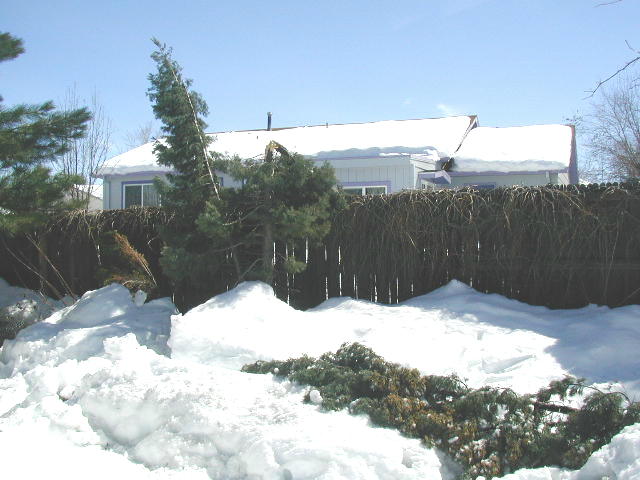 The guy I live with was really put out, though as you can see the cypress grew back, but has never been quite the same since. That’s why he has a snow pole.

I have some more pictures of the blizzard, just in case you think I’m exaggerating the amount of snow that fell. 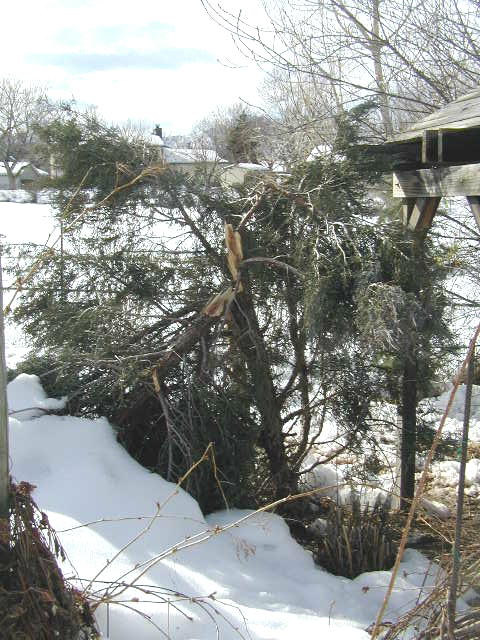 All the lilacs were flattened. 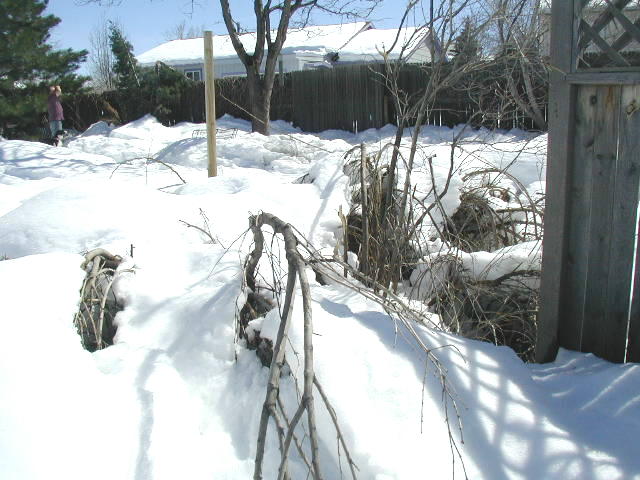 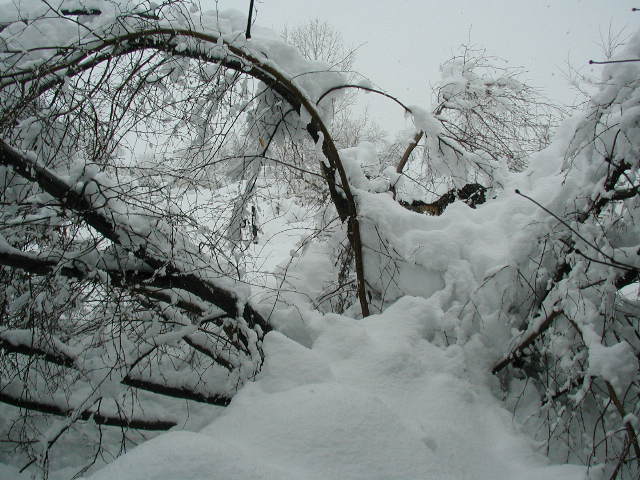 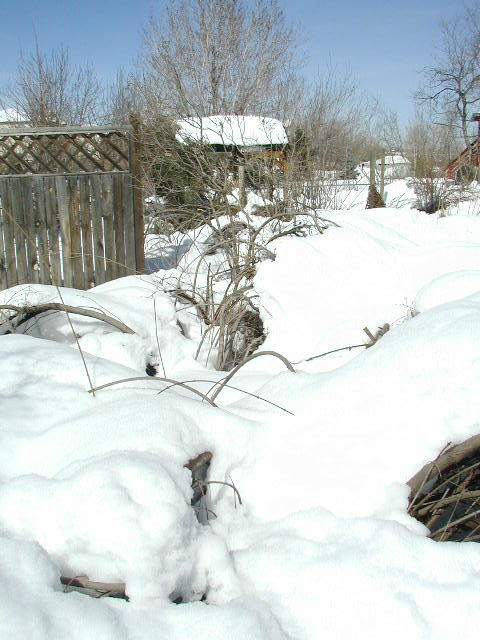 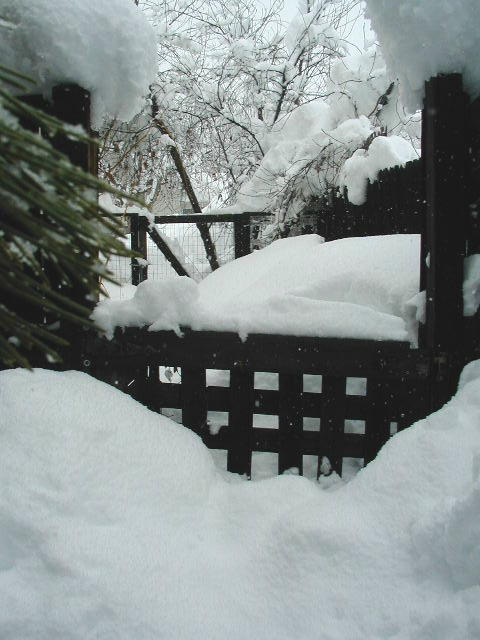 That’s the shed, before it got painted green. 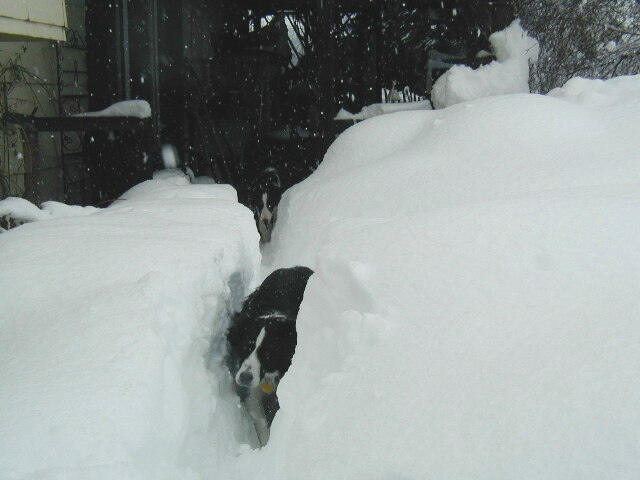 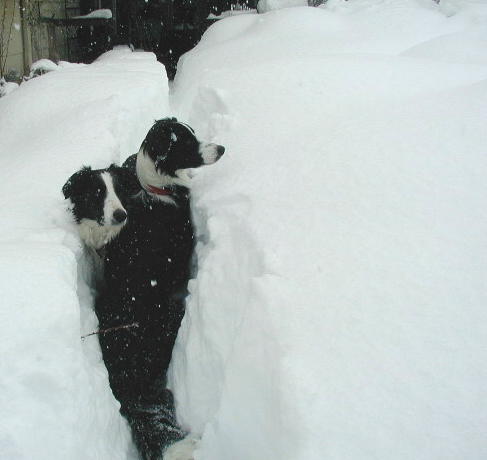 The guy I live with surrendered to the elements. 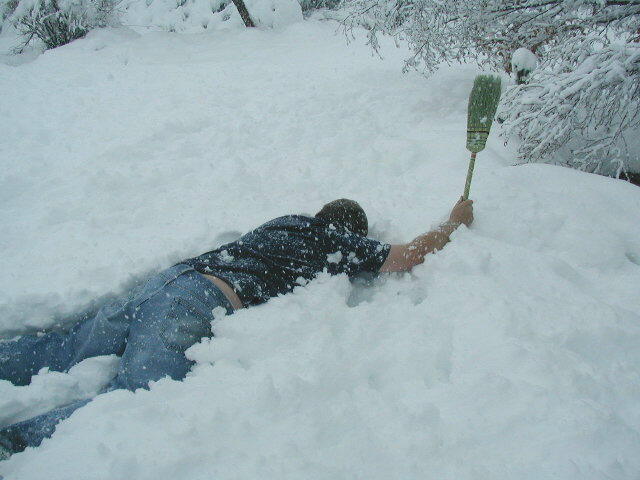 So, see? That’s why he has a snow pole. He was kind of worried about the Arizona cypress in front, because it doesn’t have any branches on one side. He planted it too close to the house, but he says he thought it would die instead of grow. After the blizzard, the whole tree was lying flat on the ground, with its roots exposed. He pushed it back up and roped it to the house, or something.

You can see a smaller cypress, planted this year, covered in burlap, too.

After the snow was shaken off, the guy I live with disassembled the pole and went inside to look at the forecast, because he figured it was going to be in the 70s for the rest of the winter, like it can be, but the forecast said a low of 3 tonight (I guess that’s about -16C) and cold, cold, cold for a whole week, and he suddenly realized that would be too cold for the seed pots on the shelves, and so he moved them into the refrigerator in the garage, and said it was “a job well done”, and that was that.

There might have been something else for today’s post, but, if so, I’ve completely forgotten what it was. It must not have been important. 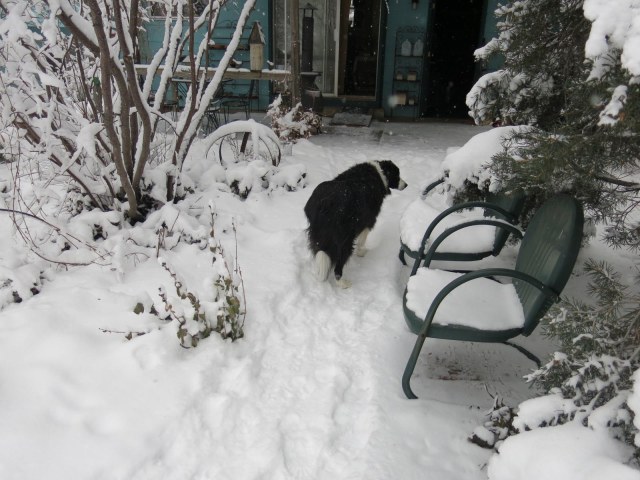 idle
View all posts by paridevita →
This entry was posted in Uncategorized and tagged Cupressus arizonica, Cupressus bakeri. Bookmark the permalink.

20 Responses to be nice to your plants