Greetings and salutations, everyone; yes, once again it is I, Chess the purebred border collie, filling in for the guy I live with, and here to bring you the most exciting news possible from our garden. You may remember me from such exciting posts as “Baby Pictures” and “Trouble In Paradise”, among so many, many others.

Here I am in a characteristic pose. I look rather jolly, don’t you think?

As many of you know, even with our internet being out for a while, I have been considerably under the weather lately, and my doctor was even talking about ultrasound to see what was going on in my tummy. I had to go to the Bad Place this week to have blood tests, and stuck with needles (that was to test the efficacy of my new medication, not because I was sick), but I also got my toenails trimmed, as maybe you can see.

This morning I lost my breakfast in “a most undignified manner”, and the guy I live with showed me what was in my tummy. That’s a wad of dried blue grama (Bouteloua gracilis) that had probably been in there for quite some time. The guy I live with said I was not a cow and to quit eating grass. I felt better almost immediately, so maybe I should take grass out of my diet.

Here’s another creature who can eat blue grama and not have it wad up in their stomach.

Things are changing around here. Summer was just one endless thunderstorm, but now we’re having the most beautiful warm, sunny, dry days, and the leaves are starting to turn. This is the Russian hawthorn, Crataegus ambigua. My buddy Slipper and I used to go into the rock garden under the hawthorn to eat the fallen haws, but squirrels get all those now, and so the beautiful display of dark red fruit is a thing of the past.

Squirrels are kind of jerks. Last week, Earl was caught draining one of the hummingbird feeders, and the guy I live with threatened to squirt him with the squirt gun again, because Earl hopped up on sugar syrup was the last thing we needed.

The hummingbirds are gone now, and Earl built himself a fancy new dray up in the honey locust.  He was trying to come into the house a couple of days ago, and the guy I live with said it was probably to swipe some of the etchings, so he could line the dray with them, so, well, you know. It does look like a cozy home, even if he is a jerk. 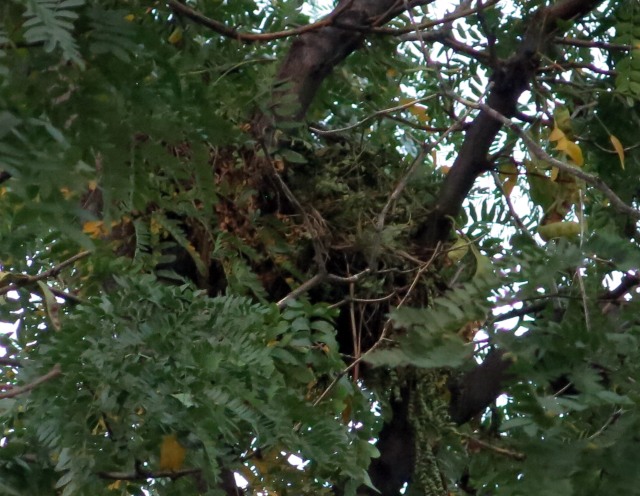 There are lots of things in flower now, but mostly you’ll just have to take my word for it. Autumn is one of the best times for the garden here, though a hard frost can wipe out some of the main providers of flowers, the salvias and agastaches. 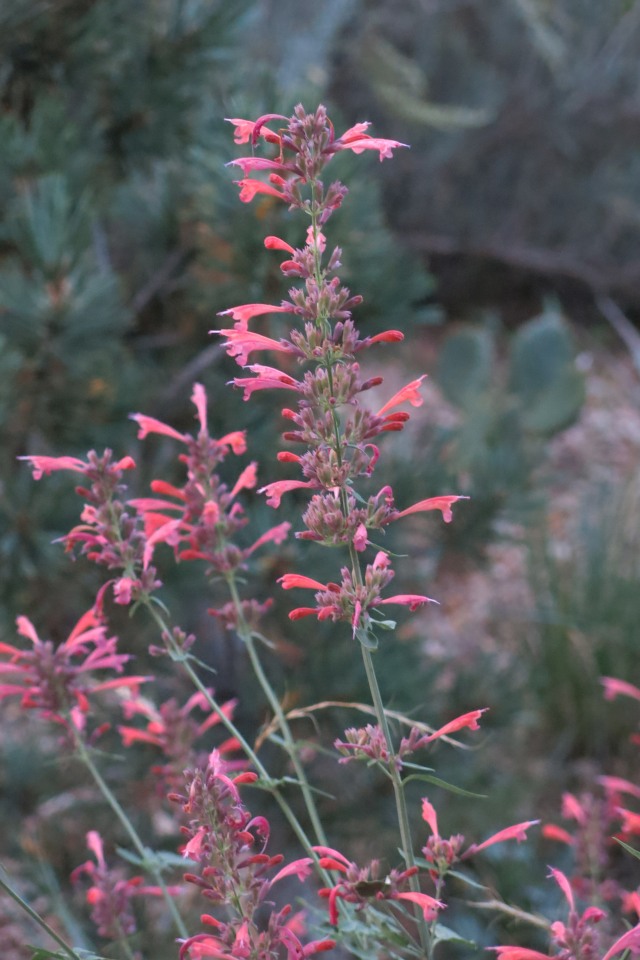 And the cool red one he picked up from a local nursery, that was labeled Coronado Red, but isn’t. The hummingbirds really liked this one, as you can imagine. That’s the cowpen daisy, Verbesina encelioides, in the picture, too.

One thing frost doesn’t spoil, much, is the crocuses. Today, Crocus pallasii subsp. turcicus started to flower. The shadow is the guy I live with’s head, which is why it’s so big. And, yes, there’s bindweed in the picture, too. If visitors come over he claims that this is a rare bindweed that only grows on certain slopes in a remote mountain range in Kyrgyzstan, and that it only looks like regular bindweed. 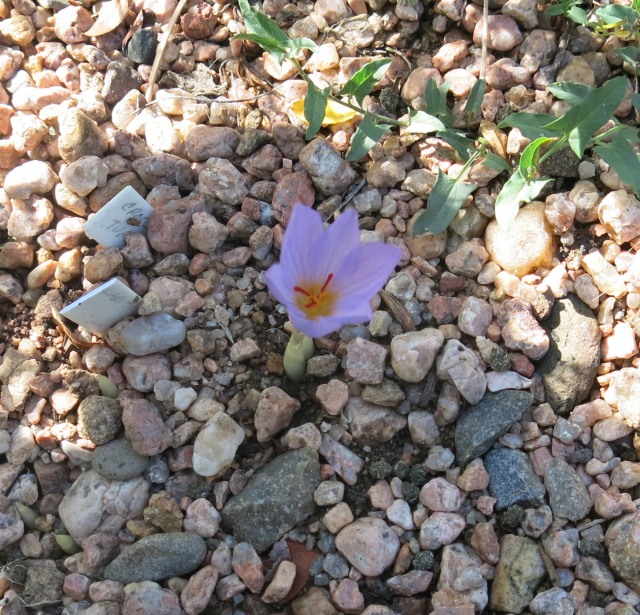 I guess that’s it. I ate a bunch of dinner today, much to the guy I live with’s relief, and I had a good afternoon walk. We had a nice sunset and he took a picture of it. It looked sort of like lava in the sky. 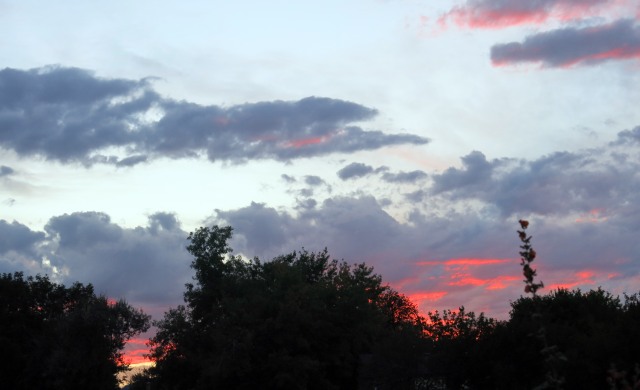 idle
View all posts by paridevita →
This entry was posted in Uncategorized and tagged Crocus pallasii. Bookmark the permalink.

14 Responses to bunches of stuff