Posted on December 9, 2014 by paridevita

Greetings and salutations, everyone; yes, once again it is I, Chess the purebred border collie, filling in for the guy I live with, and hear to bring you the latest news from our garden, using the cleverest post titles imaginable. You may remember me from such other clever posts as “Slush Fun” and “Below Average”, among so many, many others.

Here I am in a highly uncharacteristic pose. This was taken looking into the sun, of course, but that scarcely detracts from its charm, don’t you think? Say you wanted a biscuit, and needed to know how to look utterly pathetic and sad, well, this is this place to learn how to do that. Wouldn’t you feel the need to give this poor creature a biscuit? Of course you would. 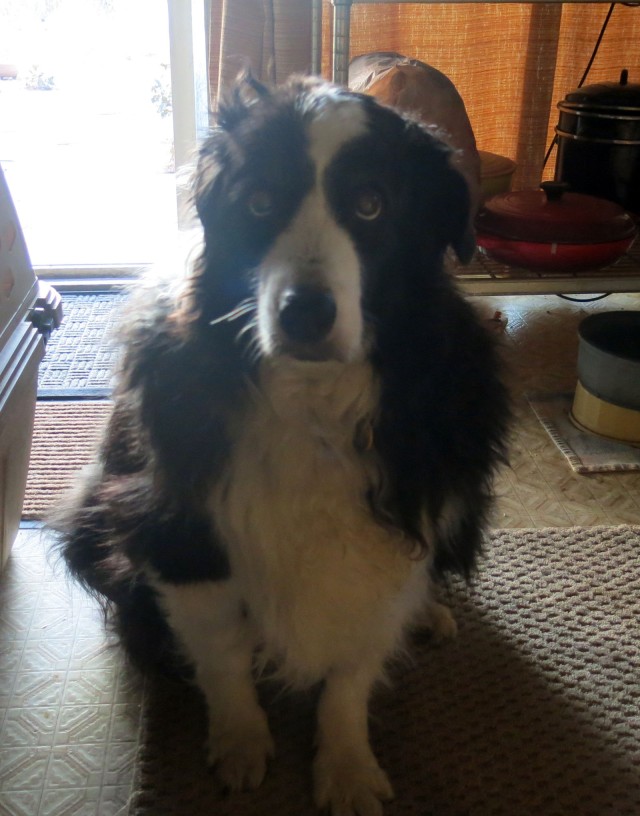 I got a biscuit, as you would expect. Thanks to the antibiotic, I am feeling totally excellent, by the way.

Mostly, the guy I live with has been obsessing about seeds. This post might be a tad didactic, which is why there are two cute pictures of me to make the whole thing worthwhile.

The cactus seeds he sowed on November 25th are coming up.

These will be added to the few already in the house. 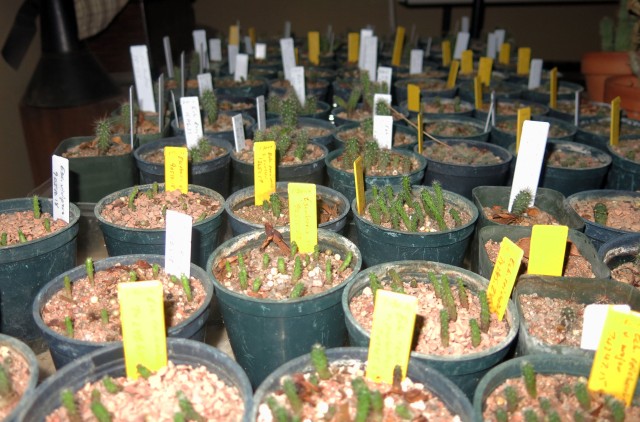 I don’t know why he grows all these cactus from seed. He just does, I guess.

There are some agaves grown from seed, too. This is Agave toumeyana var. bella. This is one of the few agaves that people say are hardy here that is actually hardy, though not one hundred percent so. Some winters can damage it.

Agaves are really easy from seed, so this isn’t as big a deal as you might think. This, however, is a big deal. (For the guy I live with.) Some old tulip seed came in the mail.

This is pretty exciting, and he’ll be sowing this old tulip seed fairly soon. (This, of course, was originally from Jim and Jenny Archibald.)

The guy I live with even has a book on tulips.

Denver’s climate is very similar to that where many of the world’s tulips grow, and we both often wonder why there aren’t tulips here. Maybe there were at one time.

Also in the same package were some old seeds of oncocyclus iris. Yes, again. You might be able to see that this is forty-six-year-old seed. 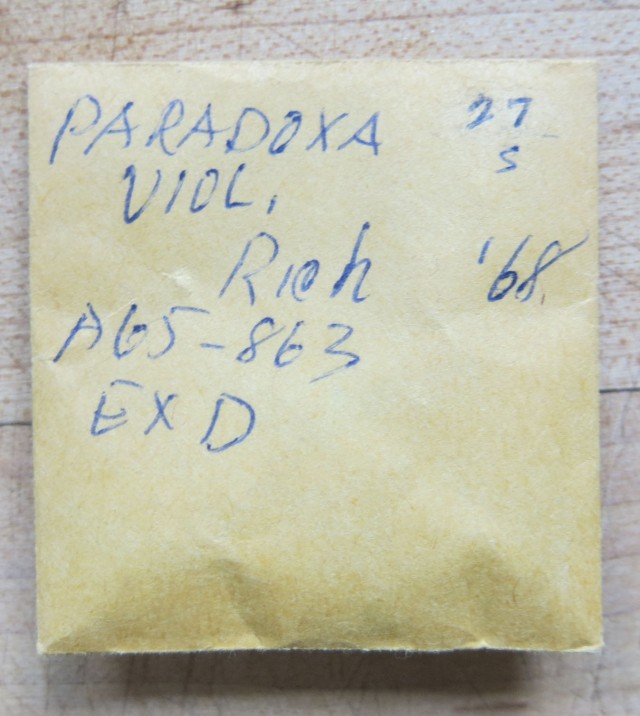 He says he’ll know within a month or so if the seed is viable. First it gets soaked in a solution of bleach and water. (The bleach is chlorine-free and says non-toxic, but the tap water has chlorine in it. The disinfecting process is for the outer coat of the seed, which can have bacteria on it.) The seeds are put in a coffee filter to make them easier to retrieve.

Then after about fifteen minutes, the filter is removed, and rinsed a lot, then the seeds are removed from the filter and put into one of those salt shakers he bought a while ago, and left to soak in water for a couple of days. The salt shaker makes it easier to shake out the water, so the water can be changed every day.

Then the seed is cut (we’ll show you that, later), and put into a damp filter, in a freezer bag, and left in the vegetable drawer for about a month. Here’s a picture. I know this looks like underwear, but it’s a coffee filter.

The bags go into a plastic box, but they’re wrapped with that towel to prevent them from freezing. That probably wouldn’t hurt, but the guy I live with likes preventing stuff.

Well, that’s the end of the didactic part of today’s post. I hope you enjoyed it. If you didn’t, here’s a picture of me, in a very casual pose, waiting to be helped up onto the ramp, to come inside. I can usually do that by myself, but, you know, not always. 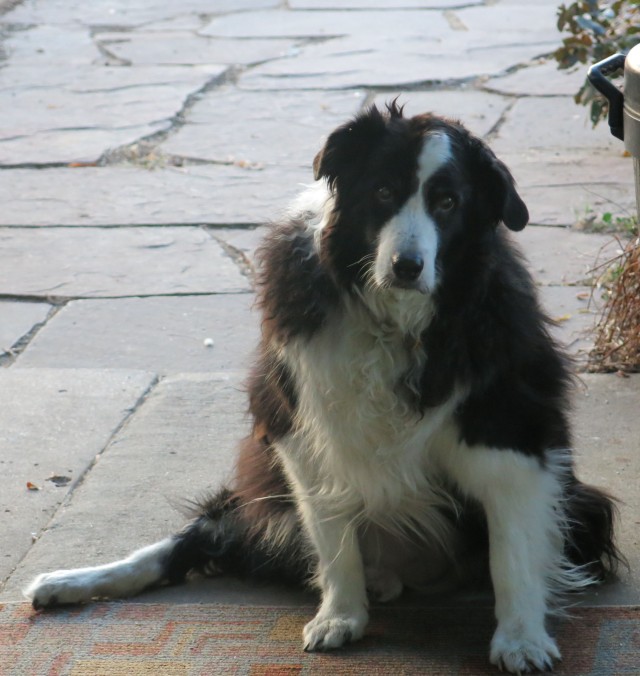 10 Responses to going to seed