the lair of the dark queen

Greetings and salutations, everyone; yes, once again it is I, your popular host, Mani the purebred border collie, here this evening to bring you a rather creepy post indeed. You may remember me from such creepy posts as “The Missing Grass” and, of course, “Creeped Out”, among at least a few others. 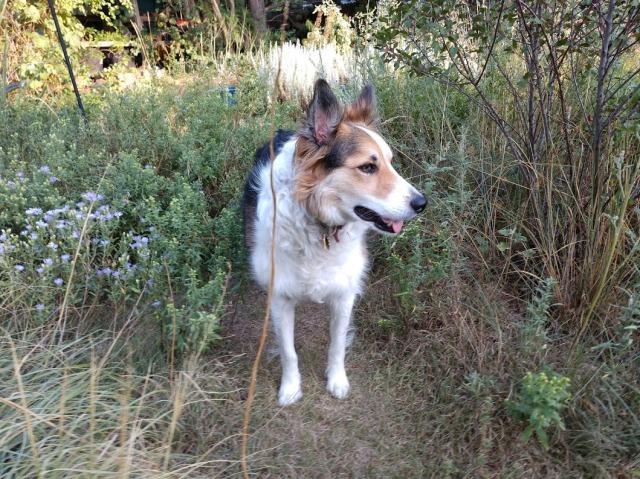 It’s hard to say what the weirdest thing is, lately, because the list of weird stuff is pretty long.

It rained. That was weird. We got maybe a third of an inch, and on top of the watering that was done a few days ago, the soil in some parts of the garden is pretty damp.

There are colchicums in flower now. This is ‘Disraeli’.

And you can see how much it rained on like the parking lot by where we walk.

It’s actually kind of a nice parking lot and reminds the guy I live with of the kind of places where he used to work.

There’s a place where a bunch of cottonowood roots have come to the surface, like huge earthworms, because I guess the grass is watered a lot. 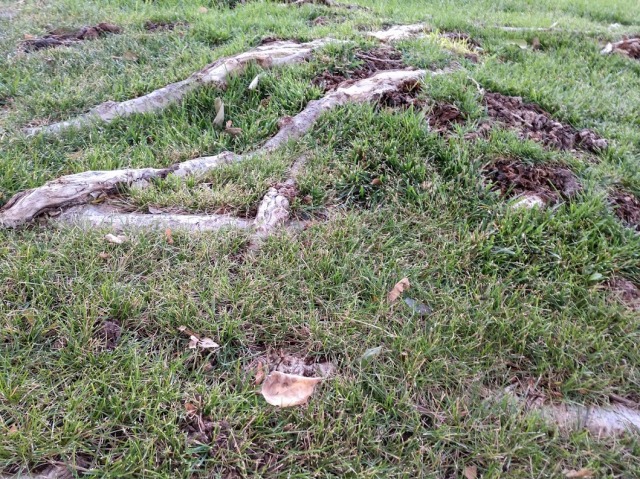 Well, across from this is like an old sluice, which maybe I’ve showed before. Probably. On the concrete there is a very large, and I mean really extra fairly gigantically large you know what. The guy I live with said that if you get too close to her she goes into this defense mode, because there are babies close by, and I really didn’t want to see this defense mode, thank you very much anyway, and we are certainly not going to show a picture of the creature the guy I live with calls the dark queen, because, well I’ve already been plenty creeped out lately.

He did say that there’s been one there before, maybe not the same one, though it would be weird to think that two you know whats have raised babies there by the sluice.
I almost put my nose right on her. The guy I live with started making loud “nose somewhere else” noises.

Well, so, it rained, and today she wasn’t there. The babies were gone, too. The guy I live with said they were probably moved. Hopefully not any closer to me.

A couple of the times that it rained we were under a severe thunderstorm watch, or warning, for most of the day. This is what it looked like the last time we were under a watch. You can see the big clouds right at the bottom of the picture.

With the rain, the garden perked up a bit.

I guess that’s really all there is, today. We’ve mostly just been sitting here, not doing much. The guy I live with’s head might explode trying to work with this new editor. It’s not very easy to use at all.

I think I’ll leave you with a nice sunset picture of me which the guy I live with posted on Facebook, and which he likes a lot. Of course, because it has me in it. 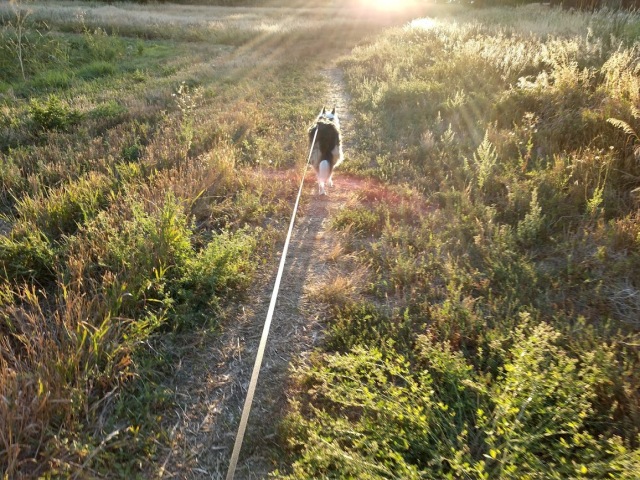 20 Responses to the lair of the dark queen