motivation, or lack of it

All this week I had planned to go to Denver Botanic Gardens and take some pictures, just for me, but when the time came to do it, I took a nap instead. The dog, who objects to being left alone in the house, liked that idea better.

I did manage to plant some bulbs, make some rabbit-proof cages for the assault on the front garden this winter, and set a sprinkler, though bending over to turn on the faucet was almost too much. I took some pictures, too. Not at the Botanic Gardens, but in my own back yard.

Sphaeralcea ‘Desert Sunset’ is looking particularly gorgeous right now; at least, the stems that weren’t knocked flat by the wind have some nice flowers on them. The name is odd; the plant looks like Sphaeralcea fendleri (I said something about this a while back, I think), which is a species of pine forests, not deserts. Whatever.

Then, the crocuses. Crocus speciosus is pretty much everywhere here. Many were planted, but more have seeded themselves. Ants do the work, as usual. The seed pods of crocus are formed underground, and ants are attracted to the sticky-sweet coating on the seeds (the elaiosome) and carry them off.

Some people complain that the flowers are so tall they fall over. What a bunch of whiners. Where one falls over, five come up, and I can count on these appearing in the garden until right before Christmas, unless there is snow on the ground. 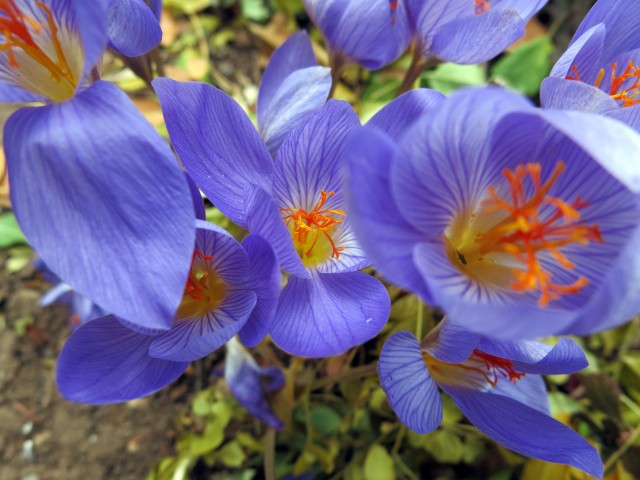 Dried flower heads of Sedum ‘Xenox’. What a weird name.

Last and, in a way, least, the world’s smallest, slowest-growing buckthorn, which might be Rhamnus pumila, in all its autumn glory. The plant is almost 20 years old and grows half an inch every year. 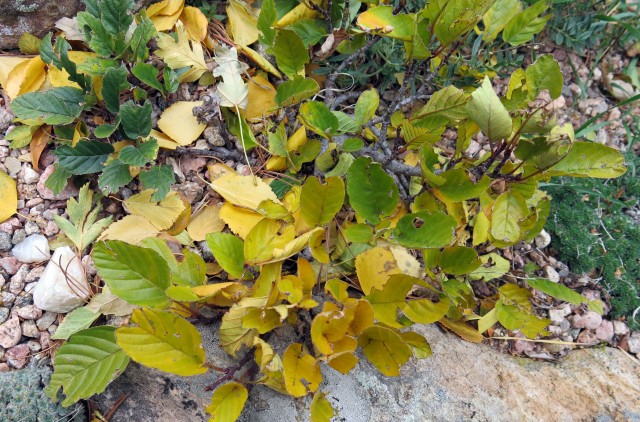 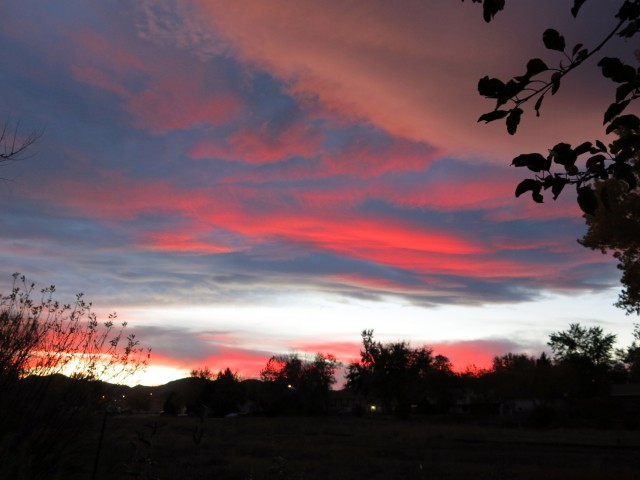