I took this picture of Pinus mugo ‘Carsten’s Wintergold’ to show that it really does turn gold in winter, and to show the dangers of giving in to passing enthusiasms. I got this during my Conifer Phase, which came just before the Scrub Oak Phase and the Native Grass Phase. It was going to be followed by pictures of the zillion other dwarf conifers I bought because thought I had to have them; just imagine them, instead. 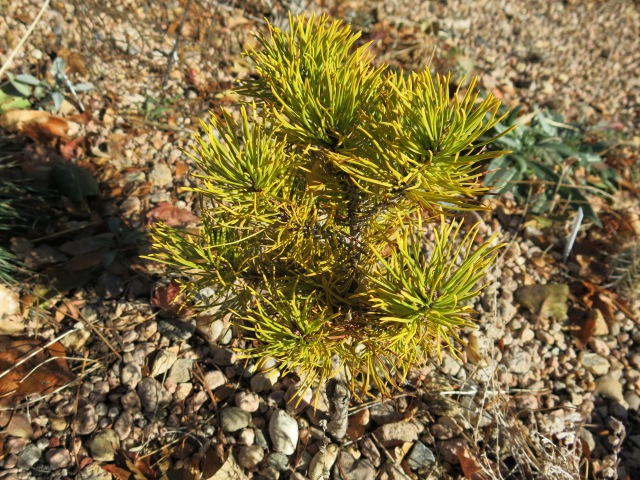 Incidentally, this little conifer is grafted, and it’s a very bad idea to trip over grafted conifers when they’re covered with snow. I snapped one off right at the graft doing just that. When they get larger, which they do in an astonishingly short period of time, tripping over them requires a great deal more skill.

There isn’t very much to do at this time of year except finish wrapping new plants with burlap, if they need it, then re-wrapping them after the squirrels tear apart the first wrapping, then duct-taping the whole mess after the squirrels rip it apart again, and feeding the birds. And being stared at by the dog. (Some people think they’re being watched constantly; when you live with a border collie, it’s not paranoia but reality.) 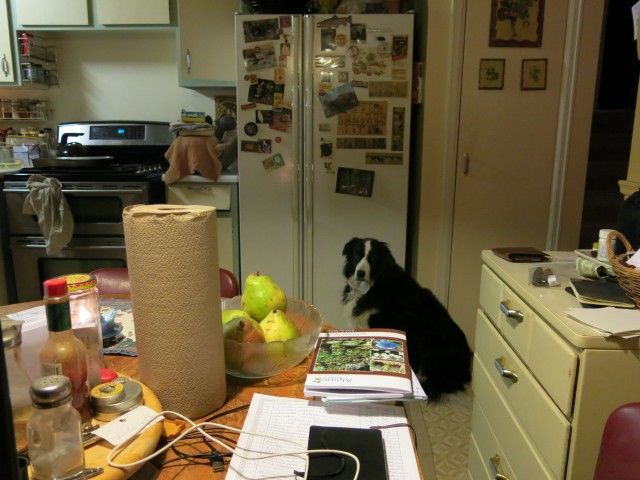 Actual view of my kitchen; the laptop is visible in extreme lower left. The dog biscuits are kept in the cabinet just to the left of the top of the refrigerator.
I keep knocking off the postcards, etc., that my wife stuck to the refrigerator; I’m not very conscientious about putting them back in their proper place. Filling out an order to Alplains, too.

One of my New Year’s resolutions last January was to take a vow of silence. That worked out well. This January a worthwhile resolution might be to exercise some restraint in the garden …. I think I’ve made that resolution for about twenty years straight and not much has come of it. I have two pages of order blanks filled out for Alplains seed, and haven’t even gotten to penstemons yet.

I’m reading this for the first time. Quite delightful. Bowles ordered cacti, or at least “wrote for his list”, from “Mr. Andrews in Colorado”; the same Andrews as the arboretum in Boulder. Bowles has to cover his cacti with glass–sorry, “lights”–in much the same way as I wrap plants with burlap, though I haven’t read anything about the necessity of growing plants in cages to protect them from rodents. Maybe he had none. 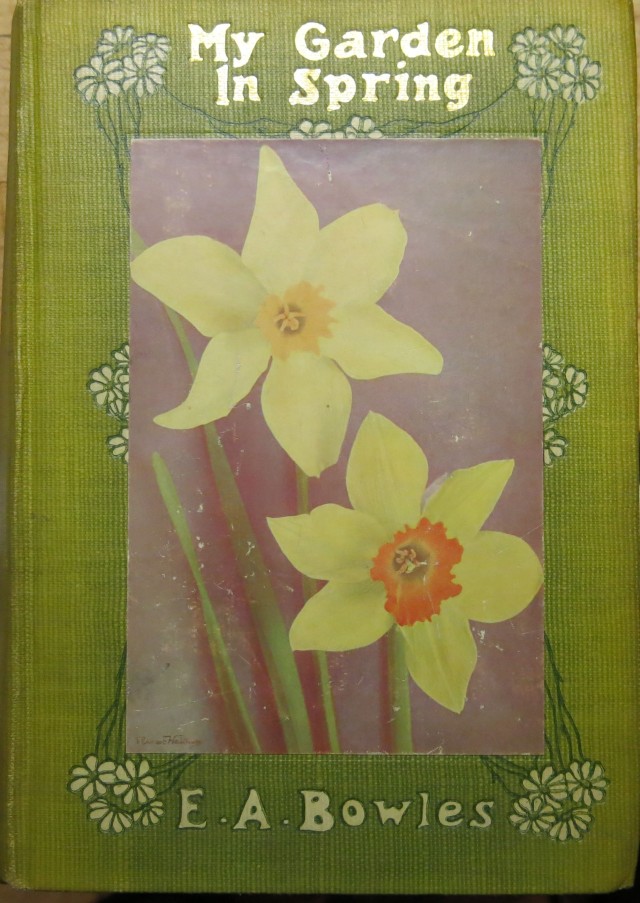 Since I have a camera, and the back yard faces west, with not too many trees or trophy homes cluttering up the view, I took some pictures of this evening’s sunset. Tried one using the extra-rich color feature, but it turns out I need a tripod for that (it takes three images in rapid succession), and it was too chilly to stand out there and fiddle with a tripod in the dark. 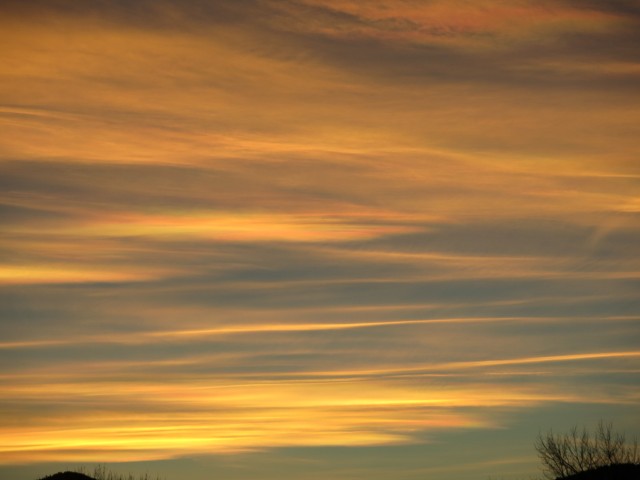 The polarizing effect of ice crystals…something like that…is visible here, especially in the streaks of green.

idle
View all posts by paridevita →
This entry was posted in Uncategorized and tagged border collies, E.A. Bowles, My Garden in Spring, Pinus mugo Carsten's Wintergold, sunsets. Bookmark the permalink.
%d bloggers like this: