snow and the tin cat

Walking the dog in blowing snow is not very much fun.

The dog, of course, disagrees, and after we both thaw out, I’m sure he’ll be ready for another walk. The wind isn’t letting up, so that will be perfect.

He almost pulled me right into the canal, which would have been bad, but he was so excited to be out, following the fresh tracks of Coyote, that he paid no attention to me. Dogs like snow. 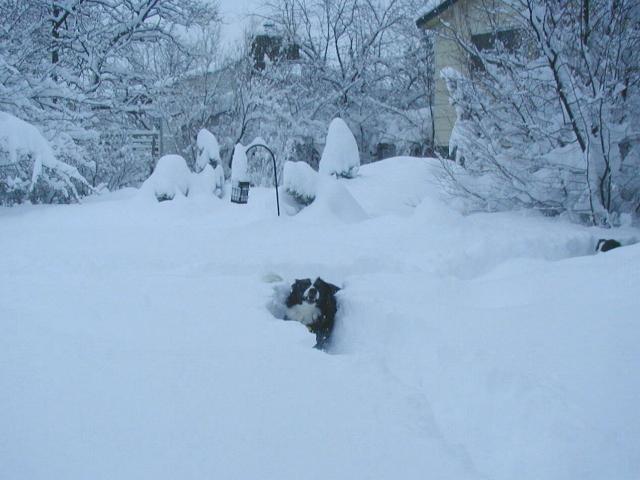 the blizzard of March 03

I’d rather be taking a nap than have anything to do with snow. In fact, I took one just a while ago; it’s strange to wake up at 10:30 in the morning and realize half the day has gone by. All because I have mice.
Not me, personally; there are mice in the kitchen, and this has turned into a huge issue for the very same creature–easily the loudest dog in the county– who terrifies employees of the post office, UPS, FedEx, and any other delivery people who might walk up to the front door.

I spent much of yesterday re-mouseproofing the kitchen; we had an infestation several years ago (to the point where mice would wave at us as we ate dinner) which was contained by filling any holes which led either to the outdoors or the crawl space, and tacking hardware cloth here and there. But now they’re back, and I can’t figure out how they’re getting into the house.

Cynics (the same ones I mentioned a while ago) might point out that if I didn’t leave the back door open all the time, mice might not be able to get inside, but I think I would notice a mouse walking in, so there must be some other way they’re getting into the kitchen. I set out the Tin Cat and have caught–or rather, detained, since I let them go out in the garage or outside–dozens of mice. They tickle when they run over your feet. I know it’s not the same mouse because the other night there were two.

I tried baiting the “trap” (more like a motel) with regular peanut butter, which didn’t work; someone suggested mini peanut butter cups, but I ate them instead; now I use fresh ground peanut butter from the local health food store. 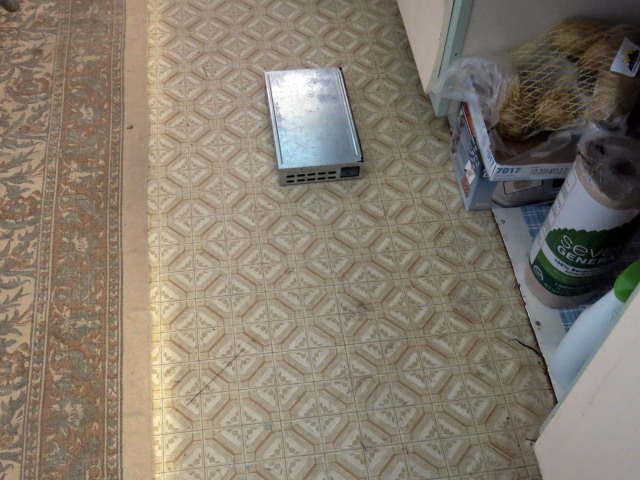 the object of concern and alarm. please ignore the 1970s kitchen flooring.

The dog has decided this is terrifying, and spends most of the night shifting around in the bed, listening intently for mice, and completely freaking out when one is trapped in the Tin Cat, even though the noise that’s made is very quiet and small and far away. So I haven’t been getting very much sleep.

Anyway–to make this all seem like it has a point to it–I was tacking down some hardware cloth yesterday and decided now would be the time to get serious about growing sclerocactus. I try every year to be serious about something; it rarely works. This time, though, I’m determined to see this through. It all has to do with hardware cloth.

Growing sclerocactus, which you have to do from seed, is the most inexpensive and frustrating thing I’ve ever tried to do with plants. The seed requires a cold period to germinate, so that the rock-hard seed coat is cracked, or, possibly, that the enzyme which prohibits germination is broken down, so you sow seed at this time of year, outdoors in pots, let the snow and cold do its work, until the seed germinates, a decade or so later. 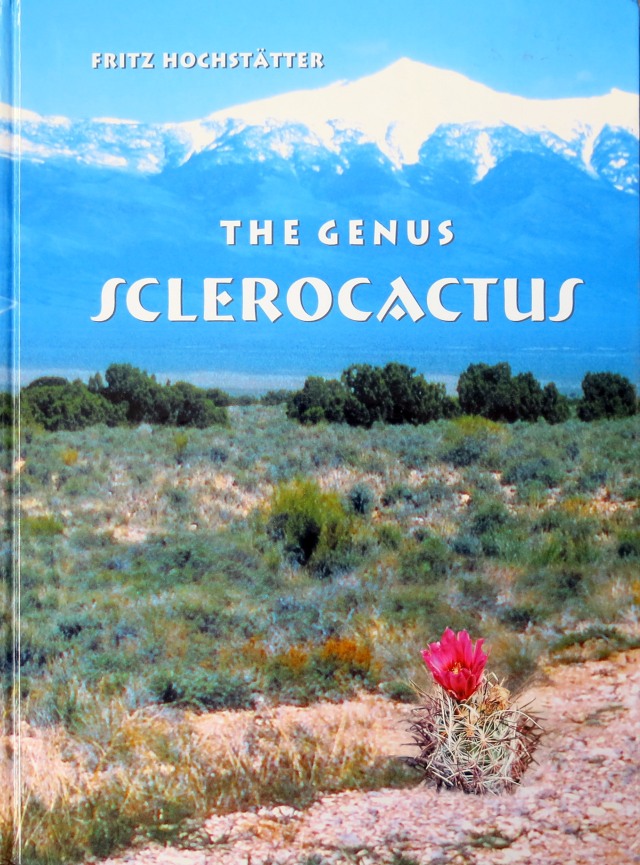 I’ll build a frame, using 2×6 lumber, cover it with hardware cloth (instead of the chicken wire I’ve been using) to keep rodents out, spread some plastic weed barrier under the frame, hopefully to keep rodents out, sow the seed, and just wait. I’m making out an order to Mesa Garden today; seed is just a dollar or two a packet. I think this time I’ll make a mix of just bagged sand and bagged topsoil, instead of the usual mix of equal parts peat moss, perlite, and sand. The seed is sown on top of this mix, pressed in lightly, and a little squeegee or ant gravel sprinkled on top.

There is some use for snow, after all.

idle
View all posts by paridevita →
This entry was posted in Uncategorized and tagged sclerocactus, snow, Tin Cat. Bookmark the permalink.

6 Responses to snow and the tin cat