I’m not making any resolutions, and that’s that. I don’t feel like, and I won’t keep them anyway.

I’ve never been to a New Year’s eve party, because it’s always been a time to cuddle border collies, terrified of the illegal fireworks that the local rednecks set off at midnight. It was always just the four of us, waking up in the middle of the night to explosions and drunken screaming. If someone had said to me, who always worried about “the future” to the point of making myself sick over it, that five and a half years into early retirement it would be just me and her dog, I would not have believed it. That wasn’t the point of all the worrying, now, was it?

The time of year did get me thinking about old acquaintances, of the garden kind, particularly while scanning more slides. I’d like to have these plants again. Here is Sternbergia candida, blooming about the third week of January. 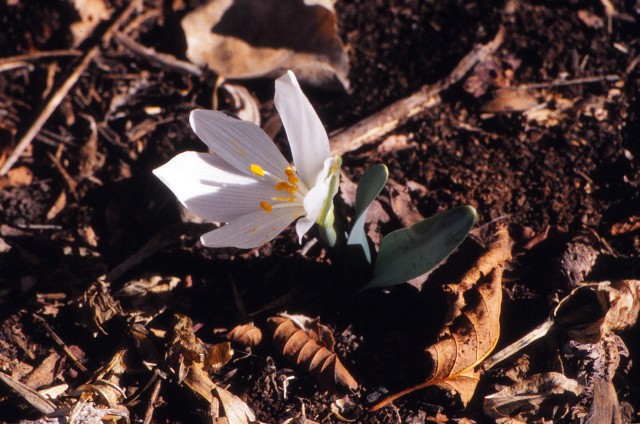 I got this from Panayoti who got it in a bag of bulbs marked as S. lutea. One year the two bulbs were gone. Not rotted, not chewed to pieces by rodents, just gone. I thought about hiring a private investigator, but never got around to it.

And some Turkish alpine plants I’d like to have again. I ordered Lamium armenum from Wrightman’s a week ago, so I might have that again (it’s tricky, but sometimes it starts to seed around, at which point you tend to get complacent about it, so then it dies), but the others, forget it. Cindy liked these plants as much as I did, which is why there are slides of them. 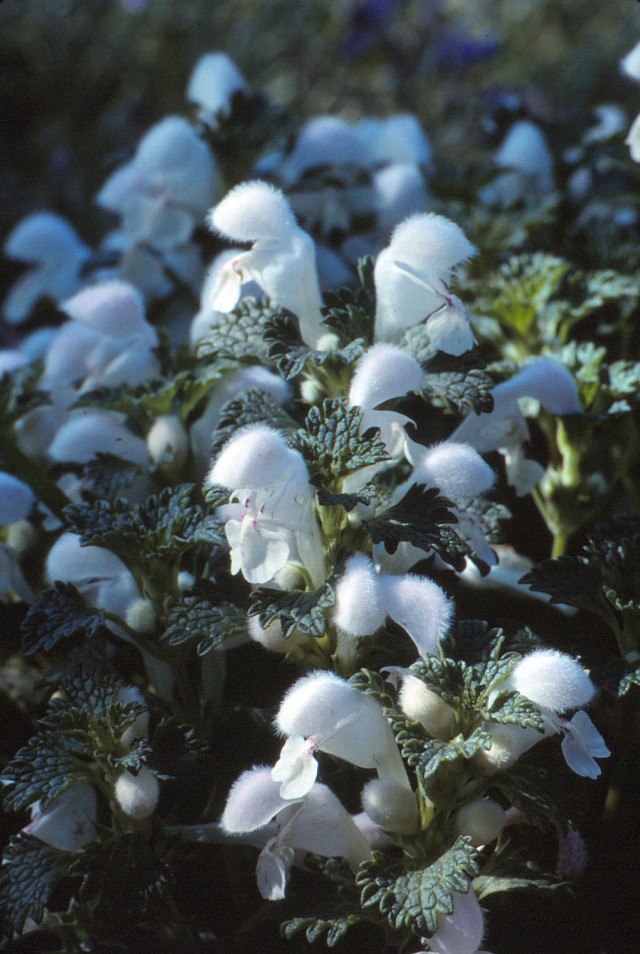 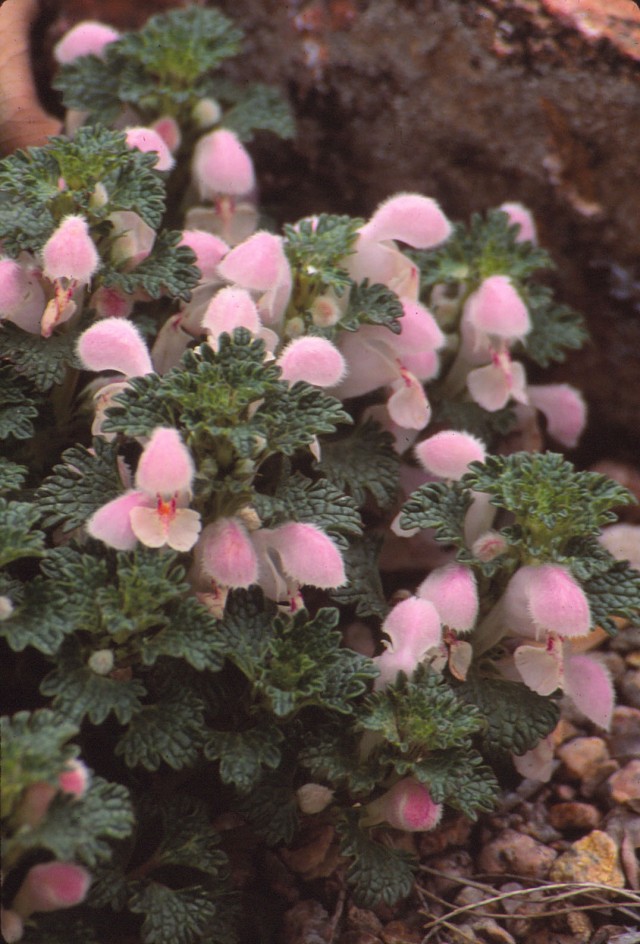 this could be variety sintenisii

Years ago you could just order from Czech seed collectors who had been to Turkey and they sent you seed. Now you have to apply for a permit. I applied for a permit and nothing happened. (I even followed the instructions.) Maybe my name came up on a database of Undesirable Gardeners or something. I was accused, in fact, in a newspaper, of being responsible for ruining the landscape of the western United States by growing Turkish alpine plants (“It’s people like you who spoil everything so my cattle have nothing to eat”), so that could be the reason I never got a permit. Whatever. 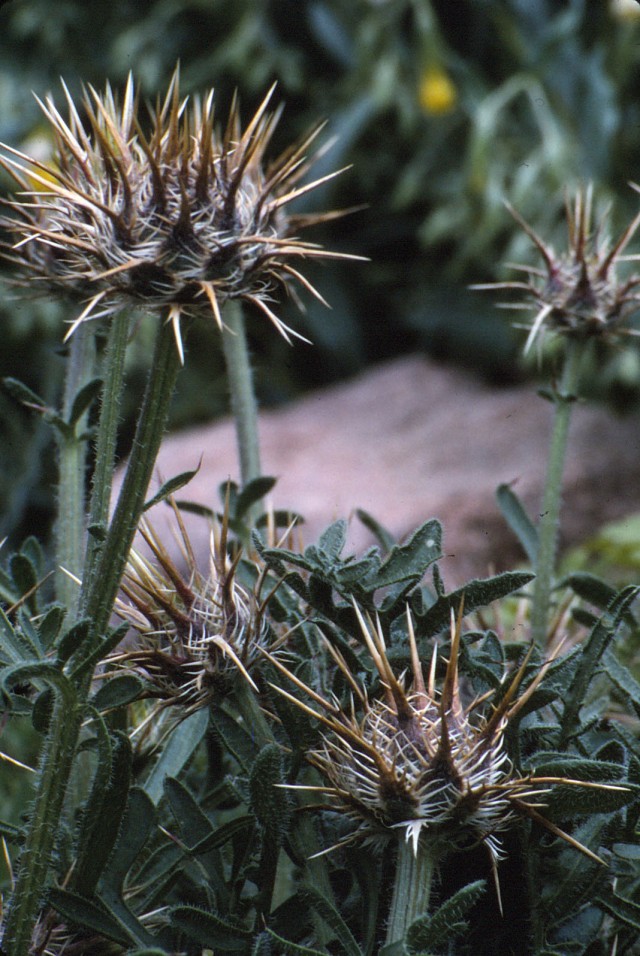 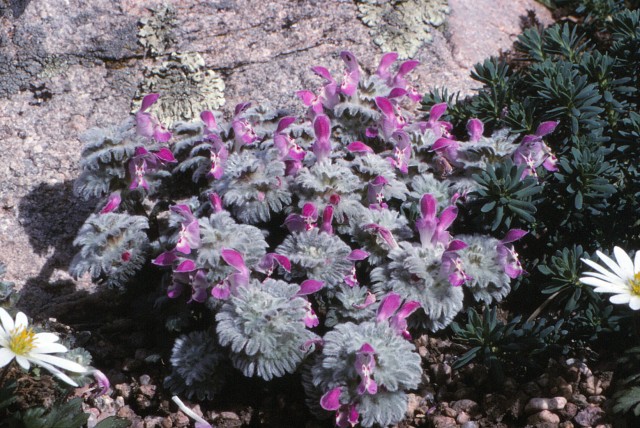 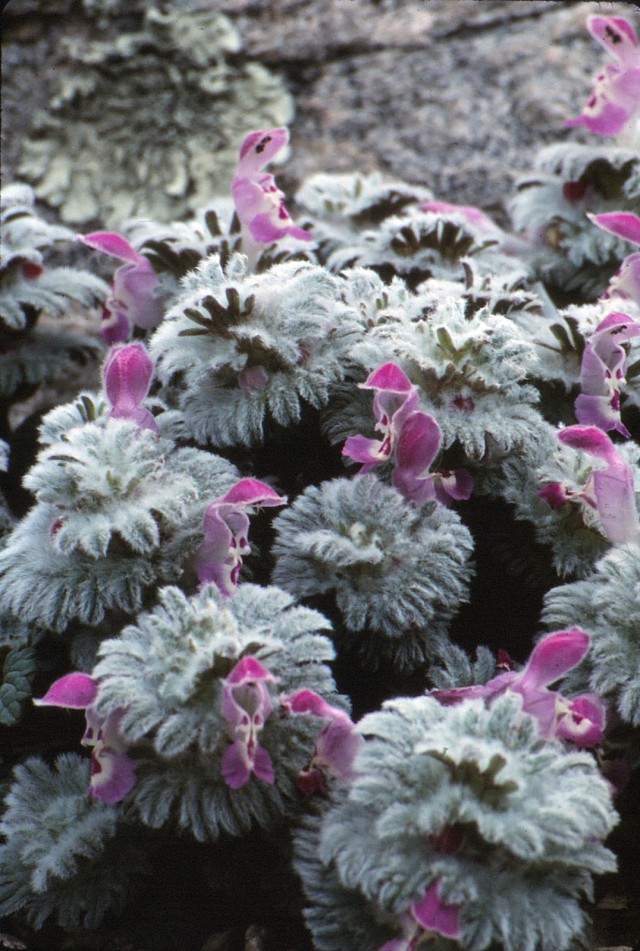 I scanned a few more negatives yesterday, this time of a trip to Waldorf, elevation 11,666 feet, which we took in about 1984. For years I had wanted to see the place; there is, or used to be, an ancient sign pointing to Waldorf at the foot of the switchbacks just outside of Georgetown, but the turnoff, which is about a mile up the Guanella Pass Road after you finish the switchbacks, was never marked. One day I talked Cindy into trying it, turning off in the place I always thought looked like the turnoff (but didn’t look like a road) in the 83 Toyota pickup we had then, two-wheel drive, which, looking back on it now, could have ended unpleasantly.

It was a misty, drizzly trip.

Quoting from Perry Eberhart’s Guide to the Colorado Ghost Towns and Mining Camps (bought the book in 1963 at the Denver Museum of Natural History….when I met Cindy she had Jeep Trails to Colorado Ghost Towns, so we were well matched), “Waldorf also served as an important stop in the stage run over Argentine Pass. Later the Argentine Central was constructed to the top of the pass, the highest steam railroad in the world.

Although the railroad was designed for the mining at Waldorf, it served another purpose. It opened up a superb view, and the thrill of curves up to 145 degrees plus a grade up to 10 degrees soon brought a flood of tourists.  ….One sixth of the state can be seen from the summit of the pass.”

At the time the book was written, much of the town was still there, but it’s almost all gone now. 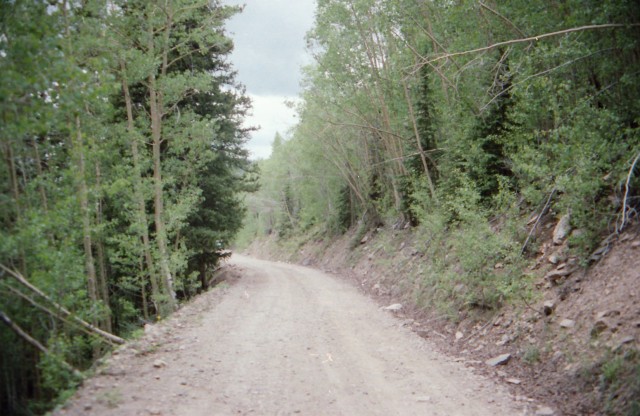 part of the road that is actually a road 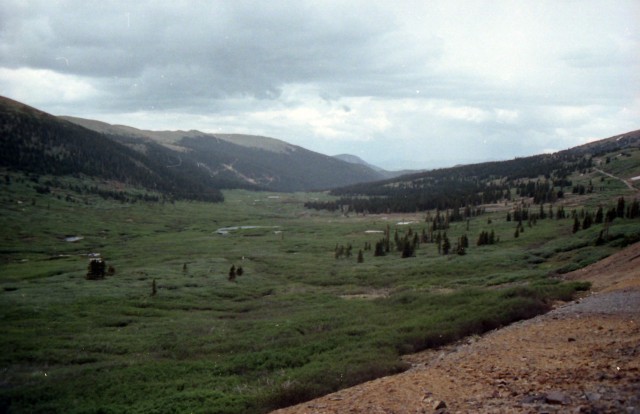 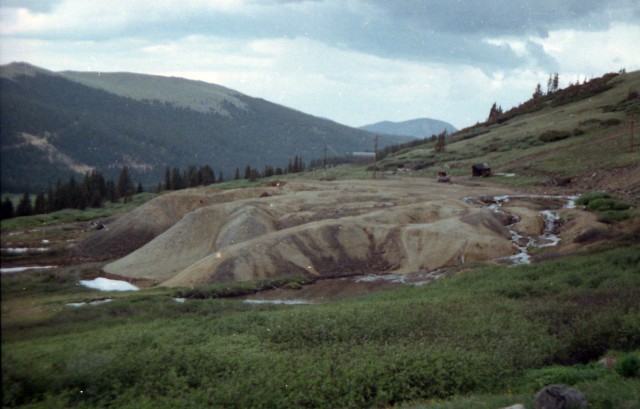 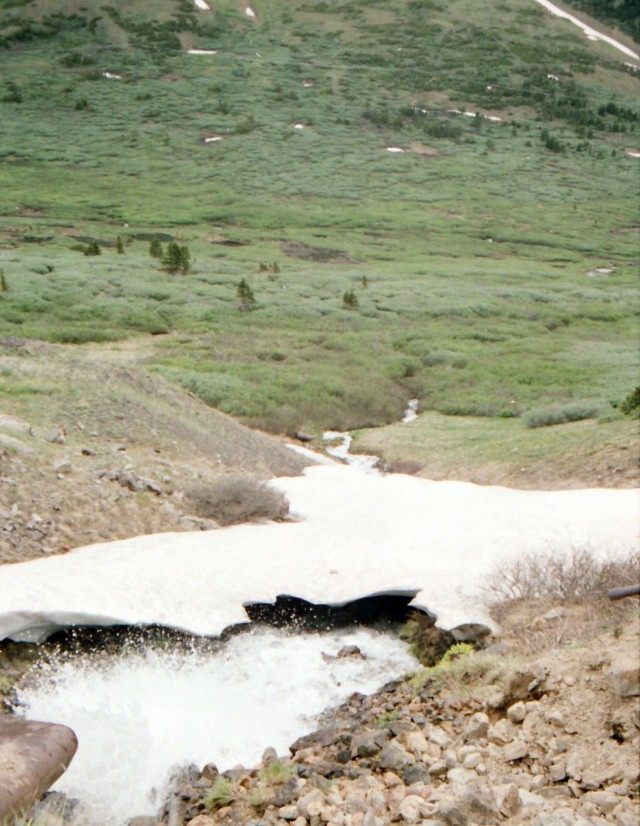 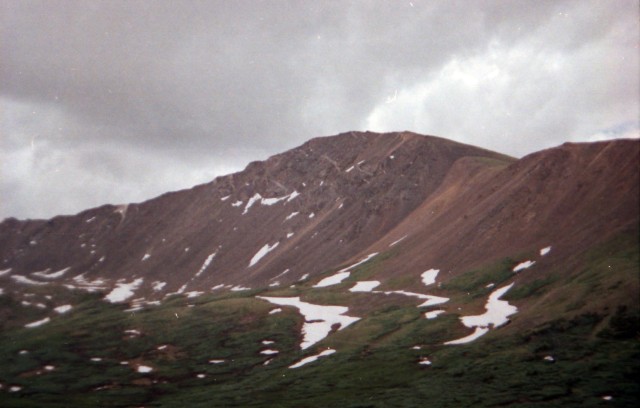 I think this is McClellan Mountain 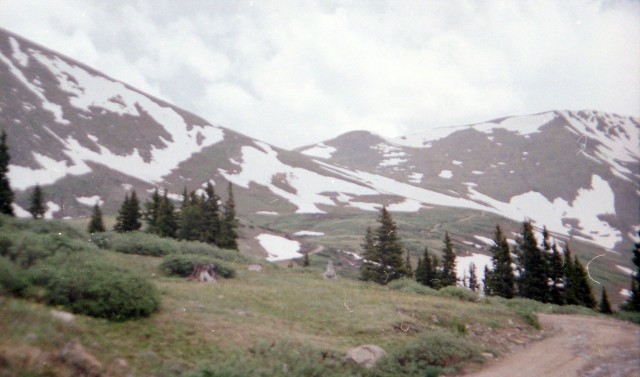 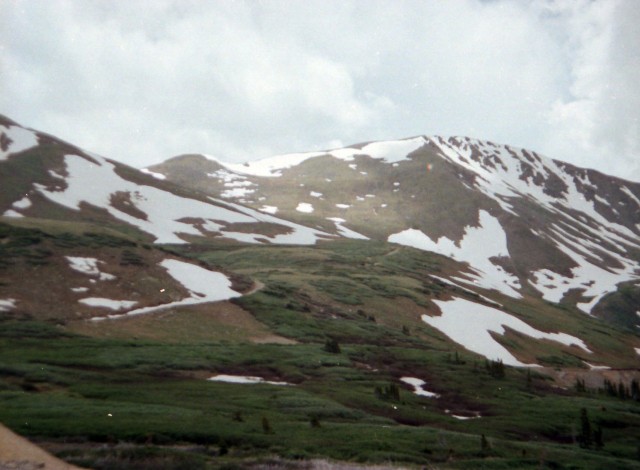 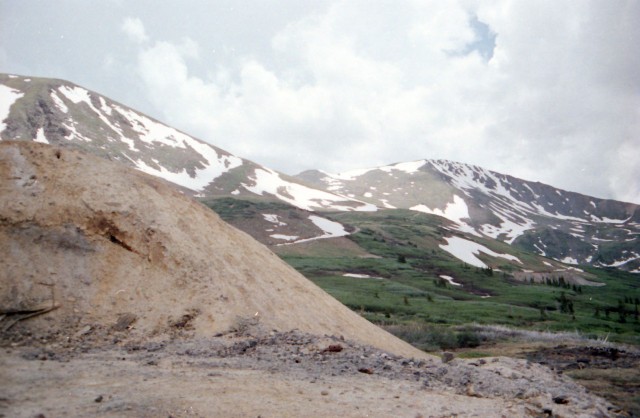 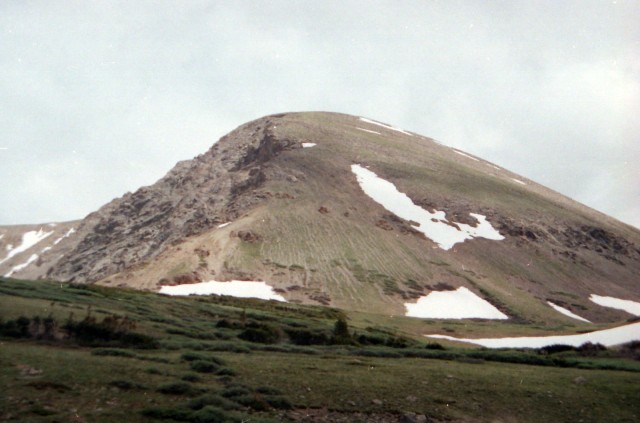 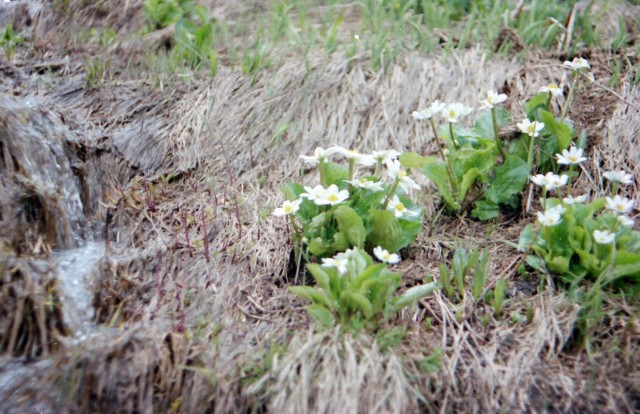 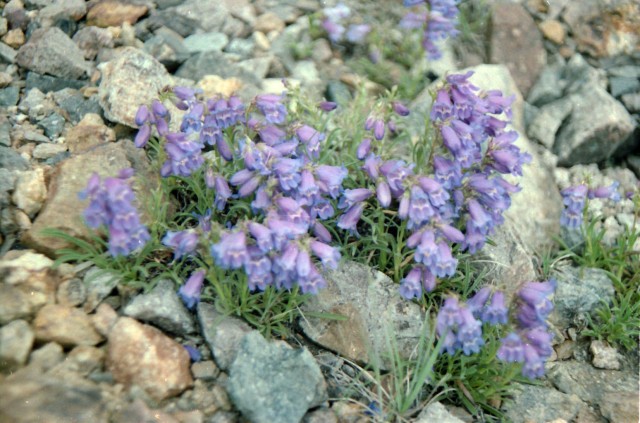 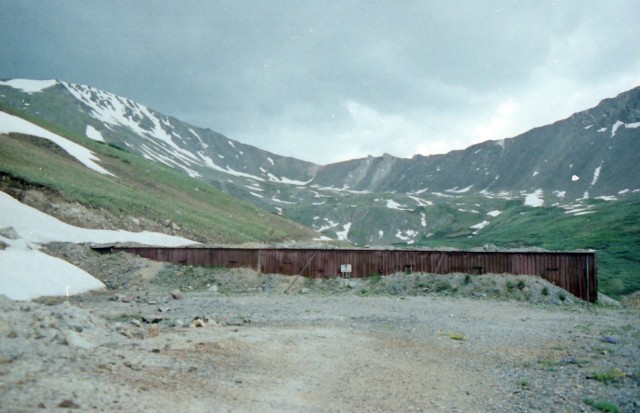 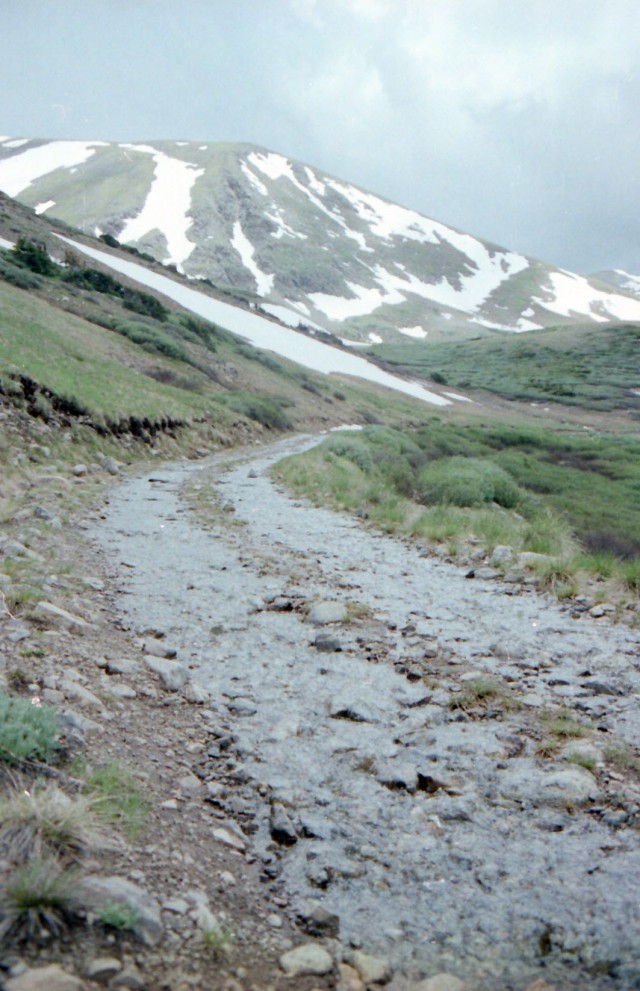 I walked up to the snow drift covering the road up to the summit of Argentine Pass, and decided it was much too deep to try to drive through. Getting to the top of the pass was the whole point of this trip in my mind. Such a picture of desolation and despair. The thought of becoming stuck in a snow drift at almost 12,000 feet in the middle of nowhere, with no cell phone, no warm clothes….not for me.

Nowadays I would get in the Roo (the Outback) and just barrel through the drift. Or imagine it as a stuck SUV and just drive around it. 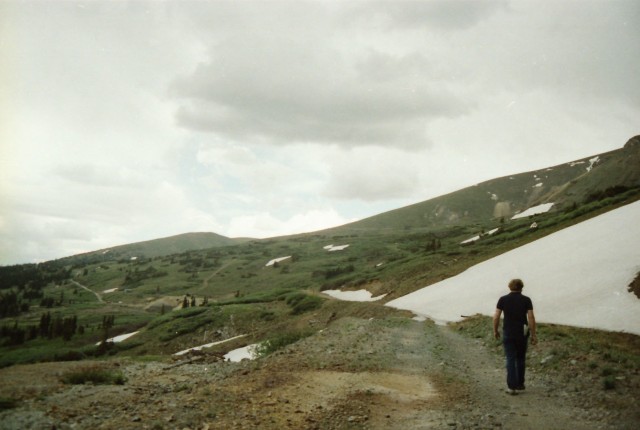 What a metaphor, huh.