A couple of things have happened in the last day or so that I find vaguely unsettling.

The first is the sudden invasion of red-winged blackbirds in the back yard, making it seem like a scene from The Birds, which in itself isn’t bad, but the fact that the blackbirds are here at all is strange. I don’t recall ever having seen any around here in winter, at least after the swamp on the other side of the canal was drained. Like most people, I associate their mating calls with spring. On this, they remain silent.

The other thing was the overwhelming aroma of pancakes on our walk this morning. Pancakes with syrup, probably Log Cabin. (I’m old enough to remember when it came in a little metal cabin.) Preferably with so much butter that the middles are all soggy with melted butter. And maybe some bacon, too.

But the pancakes made me think of blinis; blinis and caviar for Sunday brunch, for me and my friend. Blinis made in the little pan I have, with melted butter, sour cream, chopped onion, chopped hardboiled egg, piles of caviar, and an ice-cold bottle of Mumm Cuvée Napa, or better yet, Taittinger Blanc des Blancs, to wash it all down. Those days are gone forever, but now I have blinis and caviar on my mind.

The third thing (I wrote “a couple”, but it was in the sense people use it in some parts of the country when they say “a couple three”) is my new neighbor who appeared yesterday. I keep thinking about getting one myself, but I’m certain Chess is against it.

Cleaning them up is kind of a pain. The first one, the crocus, is a slide of a watercolor that was hung in an exhibition at the Smithsonian when Cindy was a member of the Guild of Natural Science Illustrators. Like everything in her studio, it was covered with dust, and I really prefer things stay that way.

Pediocactus knowltonii. The plants are about the size of a nickel.

And now for some penstemons.

All the rest of these are “free range” penstemons, taken in the wild. 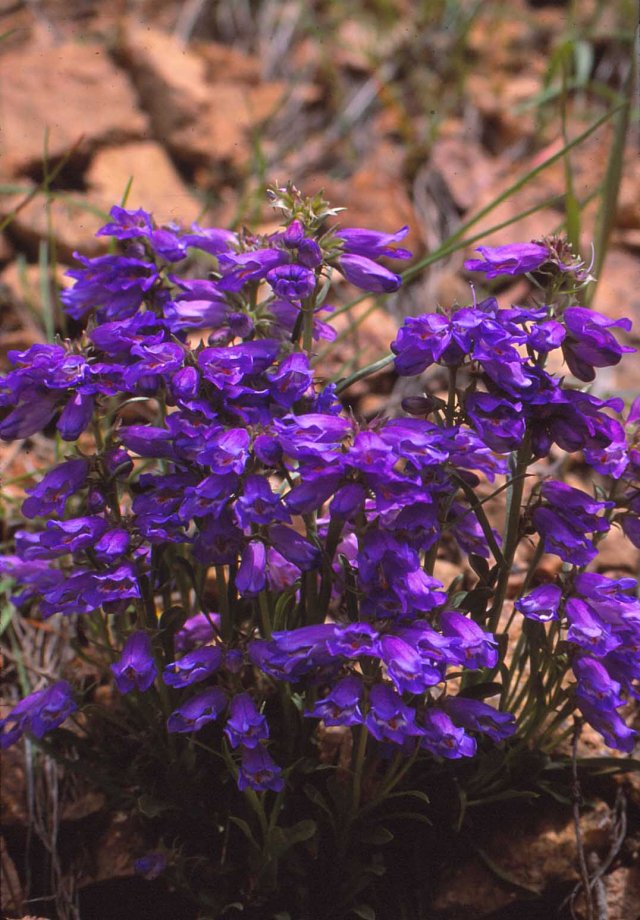 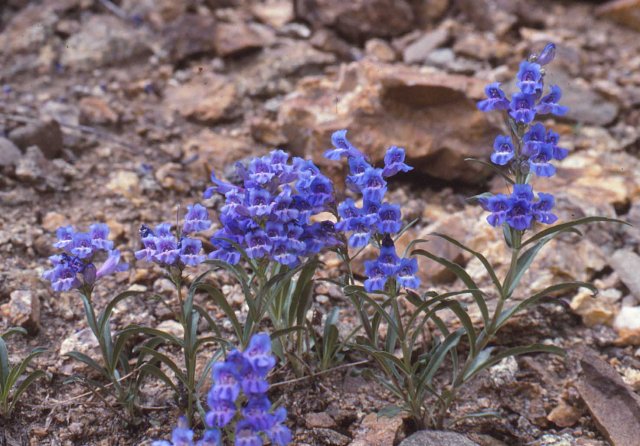 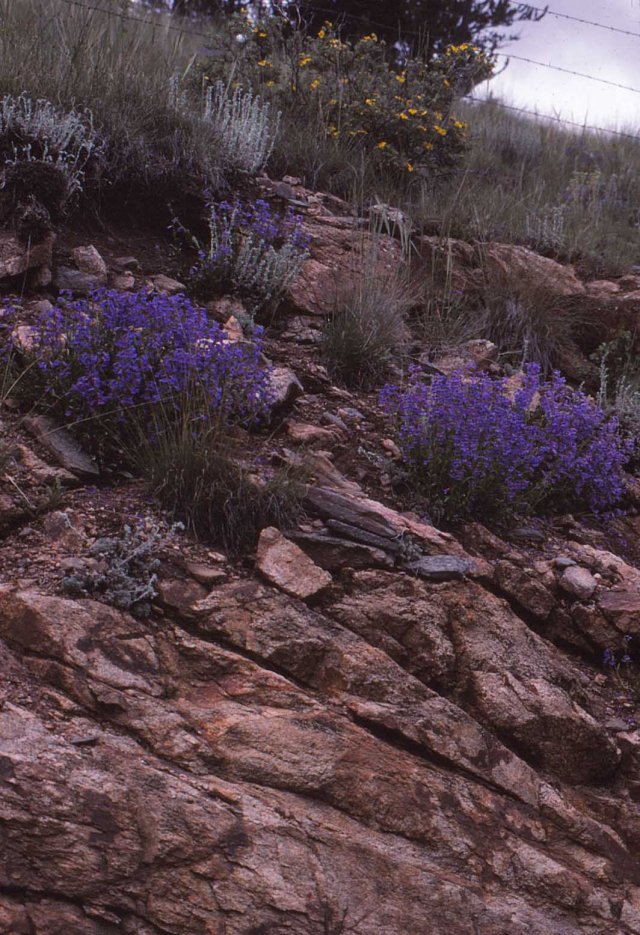 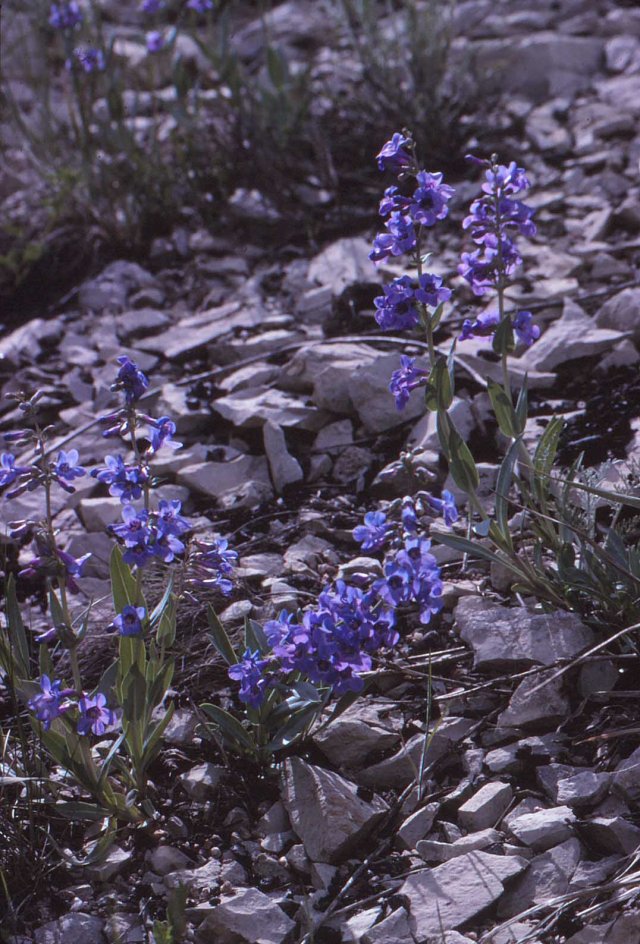 Penstemon versicolor, Rye, Co. The blue of the flowers and foliage contrasting with the gray-white shale is very attractive.
What’s the difference between this is P. angustifolius pictured above? How much time do you have?