Today is Wednesday, so it’s watering day in our garden. The weather started out nice and sunny, but now it’s thundering, and here I am not enjoying it at all. 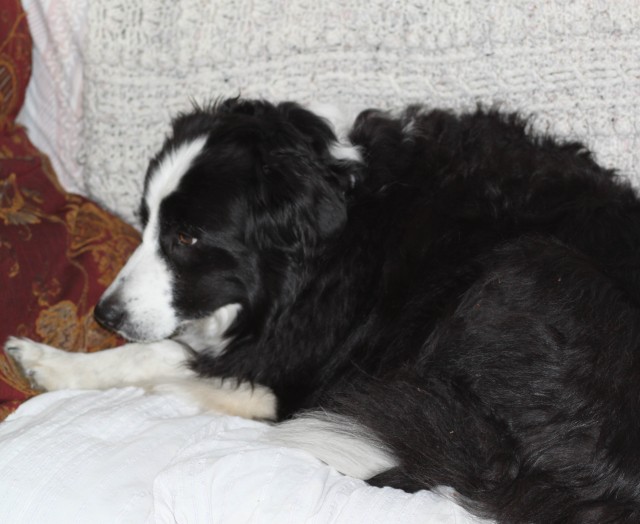 Thunder is scary. At this time of year, it gets all thundery in the afternoon, and it can go on like this every day for months on end. I don’t like it. It isn’t raining, either, just thundering. The guy I live with had to water a bunch of new plants, which of course is his fault since he bought them. I like to help pulling the hose around the garden, which he thinks is funny sometimes, unless I start pulling it the wrong way. I think that’s funny, but for some reason he doesn’t.

The guy I live with used a watering wand with a cut-off device, which is the approved method, though sometimes he uses a watering can, which no one ever talks about. The stuff he’s watering isn’t technically Approved Vegetation, annuals or vegetables, but he wrote to the water board to see if hand watering Unapproved Vegetation was okay, too. Of course Watering Day means watering lawns, but we don’t do that. I see the irony, but most humans don’t.

The guy I live with bought another Purshia tridentata, which is Unapproved Vegetation and is going to undergo Unapproved Planting, but he does this anyway. Here’s the purshia.

The guy I live with said to post this, because it was mentioned on Panayoti’s blog and he thought it was funny that they grow this is Germany but hardly anyone grows it here, even though he’s had one in the front garden for 25 years and it’s never, ever been watered. And that’s what’s going to happen to the new one, too.

He says it’s a good replacement for forsythia, which he doesn’t grow, but forsythia is Approved Vegetation and the purshia, or bitterbrush as it’s sometimes called, is not. It doesn’t get as big, which may be the reason.

Here’s a penstemon, too. The guy I live with’s mind is going, and so he can’t remember which species this is, though he knows it’s in Section Coerulei, which is one of his favorite sections. I’m supposed to say that that’s Allium anisopetalum behind it and hanging over it. (And not grass he should have pulled out, I guess he means.)

The real reason I had to do this post, because it’s embarrassing to see me frightened of thunder, is an iris. He could have done this post, just talking about the iris, but he says it would have seemed too boastful or something. This is Iris iberica subsp. elegantissima, the form from Irgirdir in eastern Turkey. He got it from Rare Plants in the U.K. 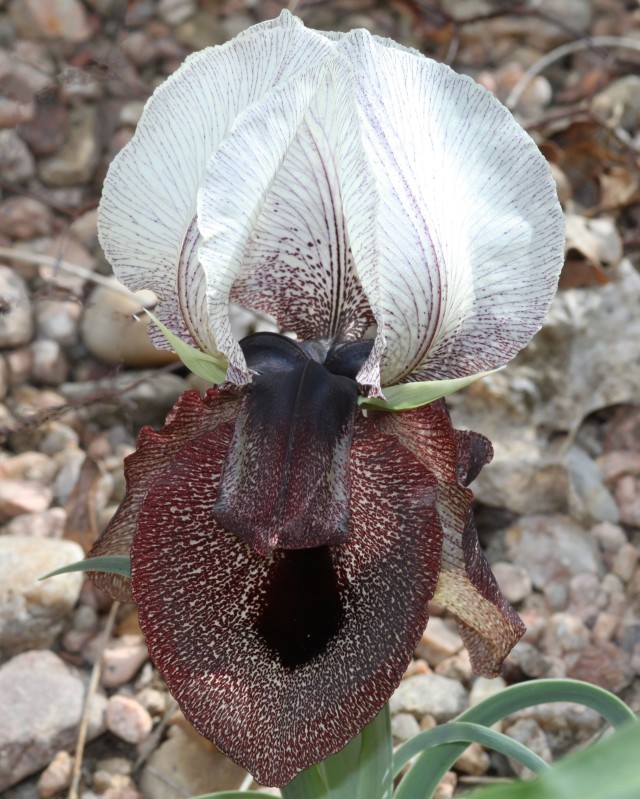 And speaking of Panayoti (I’m a dog, so my mind wanders), my mommy took a whole bunch of pictures of his garden the day before she died. The guy I live with finally screwed up the courage to look at her camera, and it turned out that the memory card was damaged, and so the pictures are gone. It was a big disappointment, and I know some people were hoping to see these eventually, but life is full of disappointments.

She took over 250 pictures of his garden. She loved taking pictures, and the guy I live with was going to post her pictures on the fourth anniversary of her death, which is coming up soon. Oh well.