Hello everyone, it’s me once again, Chess the purebred border collie. You may remember me from such delightful and informative posts as “Windy and Warm” and “Then and Now”. Here I am in a characteristic pose. I just started lying here this year. I’ve been brushed so much that my side hairs stick out, which is why I look so huge. 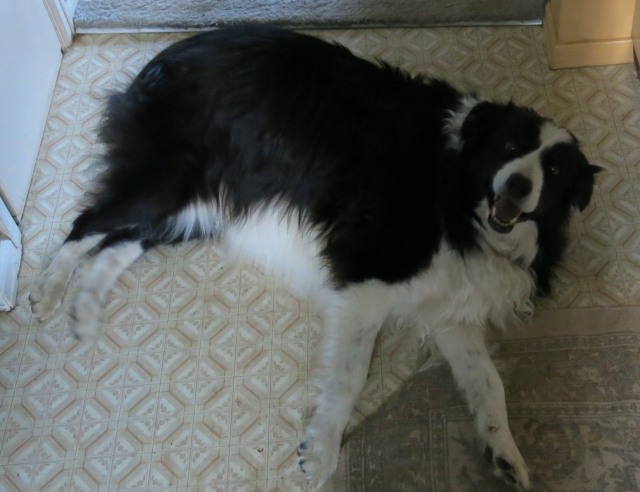 We got up late today, and the guy I live with blamed me. The bed we sleep on is two old mattresses that a friend gave to my mommy ages ago, before I showed up here. My mommy wanted an extra bed and so she decided two mattresses lying on the floor would be a bed. (You can see why the two of them got along so well.) It has a comforter on top of that, and then sheets from Pottery Barn on top. It’s super comfortable; the sheets are really soft,  and we sleep lying to the east just like they say to do in A Pattern Language.

I was all stretched out, taking up most of the bed, when the guy I live with poked me with his finger and said it was about time for breakfast. I kind of liked just lying there with the fan blowing cool air all over me, but I also like the word “breakfast”, and so I got up.

After our morning walk, the guy I live with left me alone again, but not for very long, because he said he had to go buy some poop. I didn’t know humans bought poop, and it gave me an idea, but it turned out that he bought bags of cow poop, because he wanted to finish seeding the lawn.

He also brought home two bags of “topsoil”, which turned out to be something much less than that, like peat moss and sticks, but still, he said he could work with it. He wanted to start some plugs of buffalograss in his plug flats. He took a nap first, and so did I, so we could gather our strength. 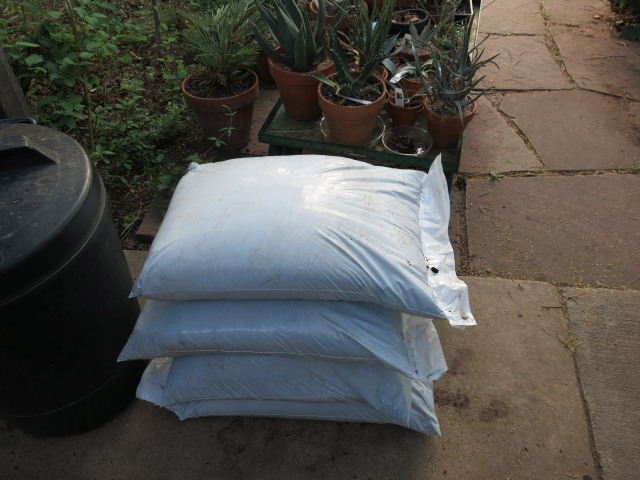 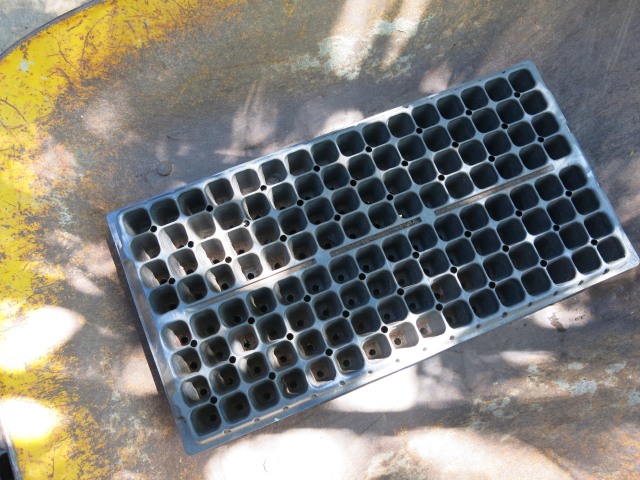 The guy I live with filled the plug flats, sprinkled in the buffalograss burrs, which we didn’t get a picture of so you’ll just have to imagine them, and then covered the burrs with more “topsoil”, put plastic covers over the flats, and set them under lights. We’ll see what happens.

All the while, the guy I live with was thinking about something else. He started clearing out an area to seed (this time with blue grama), and he looked at this “dwarf” ponderosa pine he’d been thinking about taking out, and went into the shed to get his Japanese branch hook, apologized to the tree for what he was about to do (I heard him), and then whacked it down in about five minutes.  The pine got budworm every year, which was really annoying, and was taking up way too much space in the rock garden.

That’s the rock garden, with rocks stuck here and there just like Farrer said not to do. 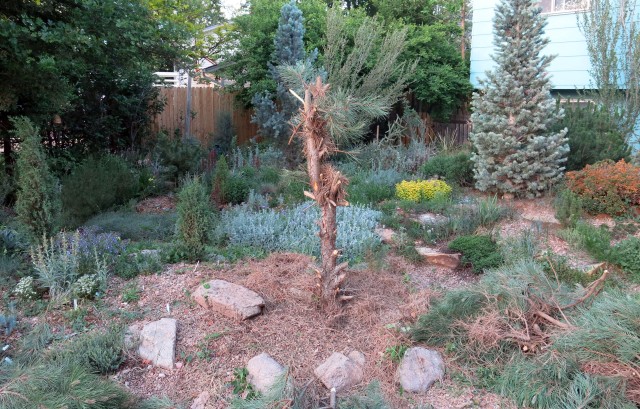 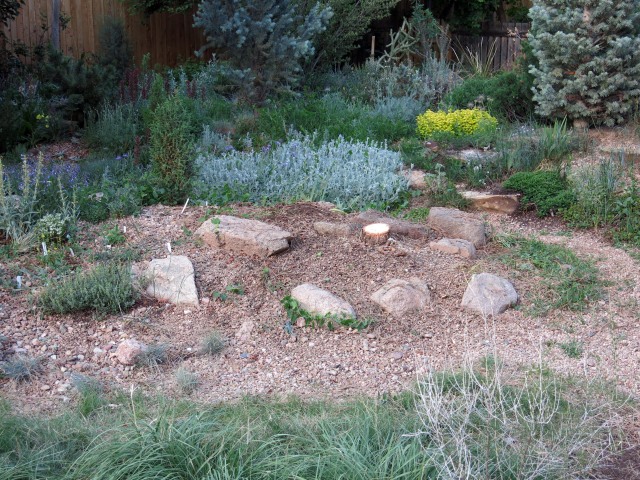 The guy I live with gets distracted easily. Hardly any blue grama got sown, and a tree was cut down instead.

Here’s a picture of part of the area he did manage to cover with poop, and with that, I’ll say goodbye for now. 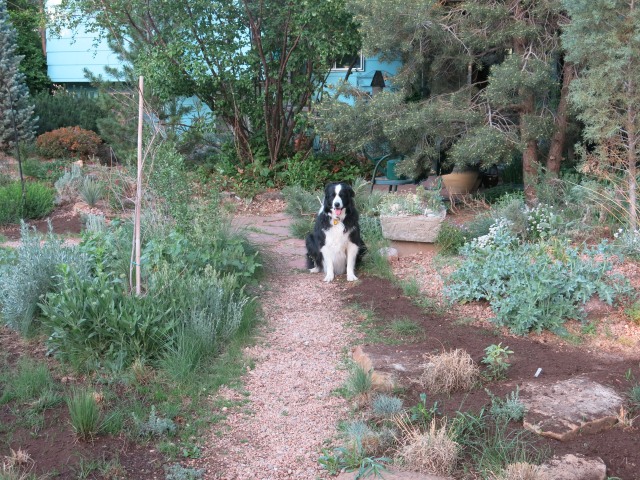 idle
View all posts by paridevita →
This entry was posted in Uncategorized and tagged blue grama, border collies, buffalograss. Bookmark the permalink.

2 Responses to a poopy day