Greetings, everyone; once again it is I, Chess the purebred border collie, here to provide you with the most entertaining and enlightening posts possible. You may remember me from such posts as “Stinker’s Revenge” and “Last Seen Wearing”, among others.

The guy I live with is on a rampage. Here I am in a characteristic pose showing my reaction to all of this. Ears way back. 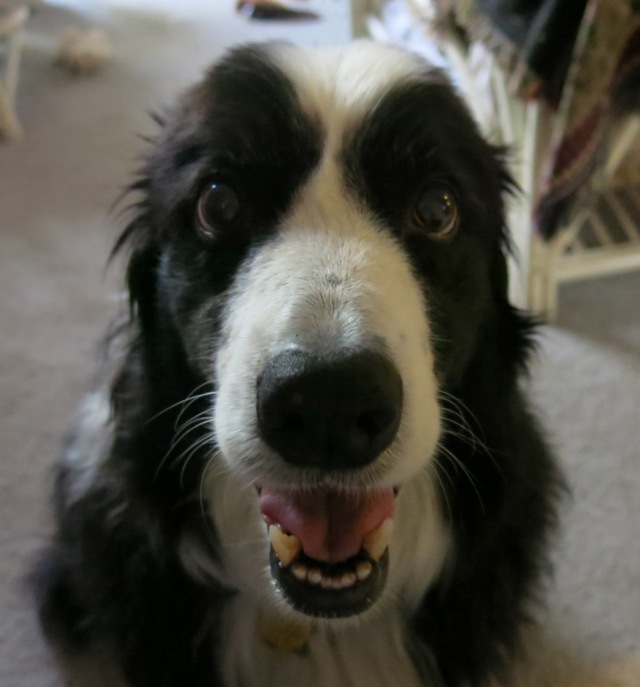 First of all, the guy I live with sawed down a bunch of dead tree branches, and “got all sweaty”. Well, boo hoo, right? All sweaty. There’s a shower upstairs, in the bathroom.

Then he discovered that his oh-so-brilliant plant of protecting the baby blue grama and buffalo grass seedlings with burlap had a slight drawback. I was tempted, here, to quote Wittgenstein, “Die Gegenstände enthalten die Möglichkeit aller Sachlagen” (objects contain the possibility of all situations), but the guy I live with gets annoyed when I quote Wittgenstein, and would almost certainly point out that in the Indian Buddhist philosophy of Mādhyamaka (that is, Prāsaṅgika Mādhyamaka), objects do not contain anything, but are simply subject to change. He can be a real pain sometimes. Nevertheless, here is the result of his lack of planning: 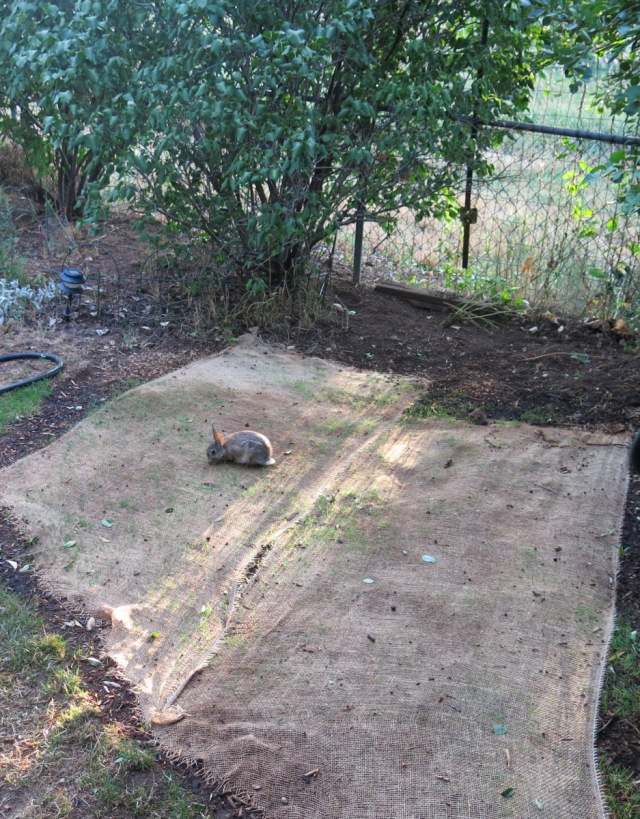 Then he got a plant of Teucrium ackermannii in the mail, and said “This is a name which is familiar to me, but ….” Thus began the rampage. He looked up everything he could look up, and discovered that there is no such botanical name as T. ackermannii. It does not exist, except in the imagination of horticulture, and is probably a hybrid, and so it should be called T. ackermannii hort., meaning “of horticulture”. It isn’t from anywhere. Not native to any real place, I mean. Here it is, in two examples:

Then he did some more looking up, and discovered that some people think it’s “Teucrium cussonii”, a name which does not exist either. The name which does exist is T. cossonii, named after the botanist Ernest Cosson (1819-1889), and is endemic to the Balearic Islands, except Menorca. Here it is. 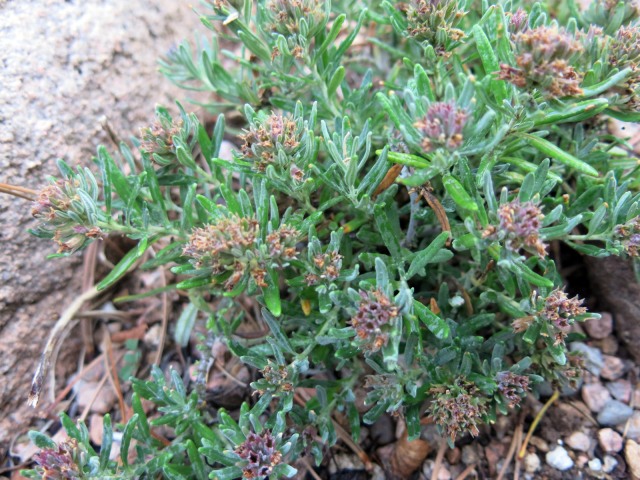 The name is fairly recent, and was proposed to replace Teucrium pulverulentum, which was apparently invalidly published. Some botanists prefer to call this T. polium subsp. cossonii. A lot of websites include the name majoricum to go along with this. This is wrong.

Teucrium majoricum is an entirely different species (or subspecies) and has nothing to do with T. cossonii, never had anything to do with it, and the only thing they have in common is that the two separate species (or subspecies) grow in the Balearics. The preferred name for majoricum (which also grows in Spain), according to Flora Europaea, is T. polium subsp. pii-fontii. There are even more names bandied about, but the guy I live with wishes people would stop using the names cossonii and majoricum to refer to the same plant. They are not the same plant. Not than anyone ever pays much attention to him. I’ve found this a practical way of making it through the day.

Oh, and there’s also a Teucrium gussonei. That’s from China.

Another teucrium which is not the same plant, and yet gets included in this mess, is Teucrium aroanium. This is from Greece, and the leaves are very distinct. 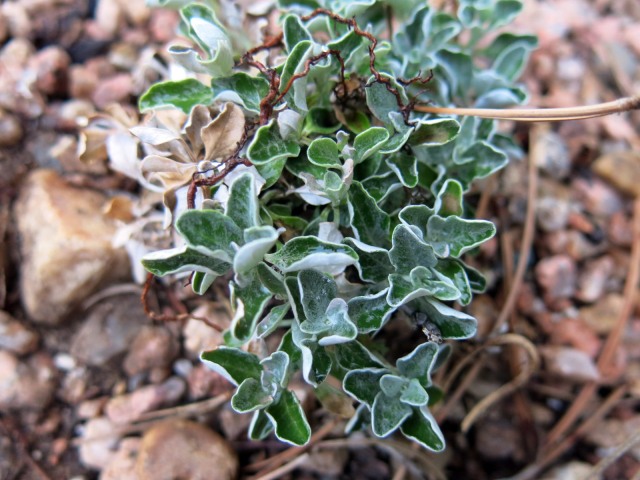 So there you are. I admit I didn’t find this all that interesting, but when the guy I live with is on a rampage like this, I’m supposed to type what he says. He also says that anything teucric seems to make people go slightly nuts, like Penstemon teucrioides, which he says also does not exist (it’s P. crandallii, and was a figment of E.L. Greene’s overactive anti-evolutionist imagination).

Well, whatever, huh. As a character in the John Hawkes novel The Blood Oranges  said, “I can give you clarity, but not understanding”.

Or was it the other way around?

2 Responses to on a rampage