Greetings and salutations everyone; once again it is I, Chess the purebred border collie, filling in for the guy I live with, who’s been busy planting before it starts to thunder again, which it’s doing right now. You may remember me from such posts as “A Beautiful Day” (which today isn’t), and “The Dog Days” (which these days aren’t), as well as a number of other informative and delightful posts. Here I am in a characteristic pose, before it started to thunder.

On the garage wall are newspaper clippings showing the weather for each month, and the guy I live with says that for August the average number of thunderstorms is 8.3. I’ve heard thunder every day but one, this month. It hasn’t brought all that much rain until lately. It’s raining now.

There are some cyclamen in bloom. Here is a self sown plant of Cyclamen cilicium, with intensely scented flowers. There was a big tuber of C. fatrense behind that, but a rodent dug it up. He blames a lot of things on rodents. (The flowers are too purple, by the way.) 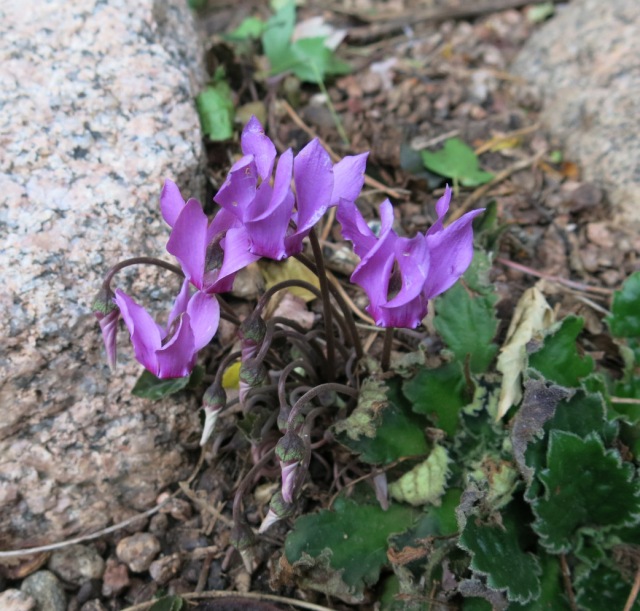 And what he claims is a big tuber of C. mirabile covered with buds. 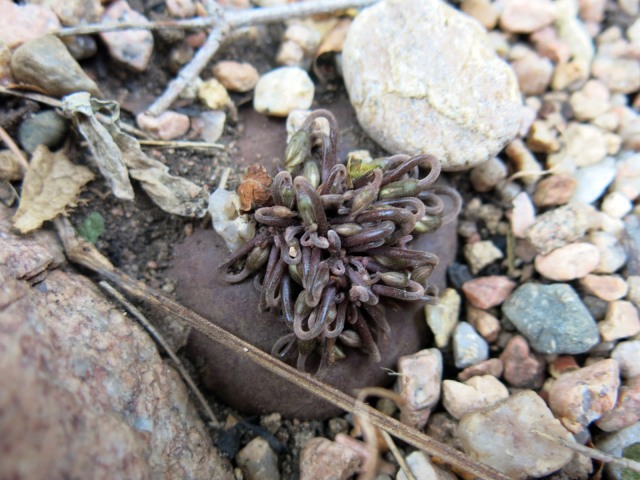 And what else? Grindelia squarrosa, I guess, which the guy I live with says was probably brought in by me, since the plants are all over the field where we walk.

And Sphaeralcea incana, with S. fendleri behind. This and the grindelia are in what the guy I live with says is a lawn.

I forgot to mention in the last post that the guy I live with had to replace the garbage disposal this past week, and it took a whole day, because he thought he had plumber’s putty when he didn’t, so he had to go back and get some, and he discovered he’s too old to lie on his back with his head under the sink and not get dizzy, so no gardening went on that day, and there were a lot of naughty words when he tried to get the “snap ring” back in place, but it did give him the opportunity to talk about drainage.

You know how gardening books and stuff talk about drainage all the time, well, the guy I live with was at a nursery a while back and was talking about Salvia greggii needing way more water to flower than people say it does, and the person said, “Yes, but with really sharp drainage” which made the guy I live with wonder what on earth this could possibly mean.

Like, the water just goes by the roots, waving to them as it drains down to the center of the earth? How could plants possibly survive this? I know when I drink water, it doesn’t drain away; right away anyway. (I save it for our walk…) I didn’t know the answer, but guess who did.

The guy I live with says that when people use the word “drainage”, they mean “soil not waterlogged in winter“, which doesn’t have much to do with anything in our climate. He also points out that the kind of soil people are thinking about when they use the word “drainage” here is better defined as permeable. Here are some plants of Agastache ‘Desert Sunrise’ growing in sandy loam, on top of two feet of gravel, after one quarter inch of rain. 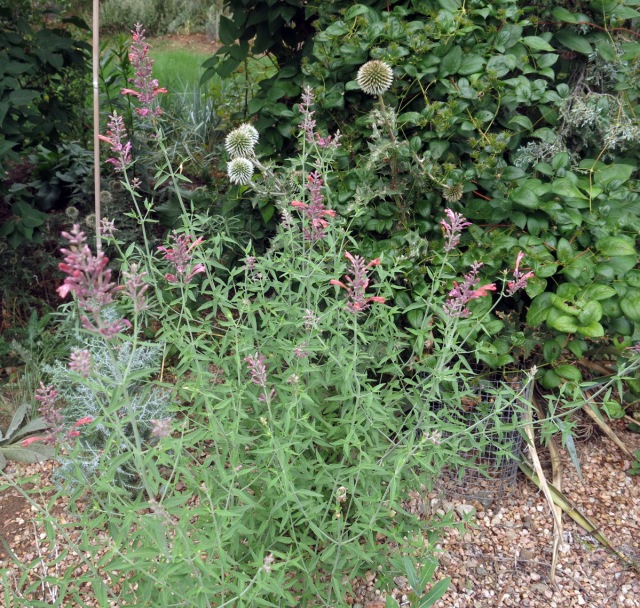 The rain doesn’t “drain away from the roots”; the permeable soil captures every bit of rain that falls, and every bit is utilized by the plants and their gigantic, deep roots.  It takes a while for the plants to develop their roots properly, but when they do, well, look out. Try to grow the same plants in clay-based soil and the plants will need ten times as much water, because the water moves sideways in clay, and the plants’ roots go down. The guy I live with says that’s the way the plants grow in real life, in permeable soil, and we like to try to duplicate real life as much as possible.

Why is why, of course, he now says he “only reads French gardening books”, even if they’re in English. I’m not sure that’s a logical conclusion, but let’s pretend that it is. He says this is the best gardening book he’s ever read. 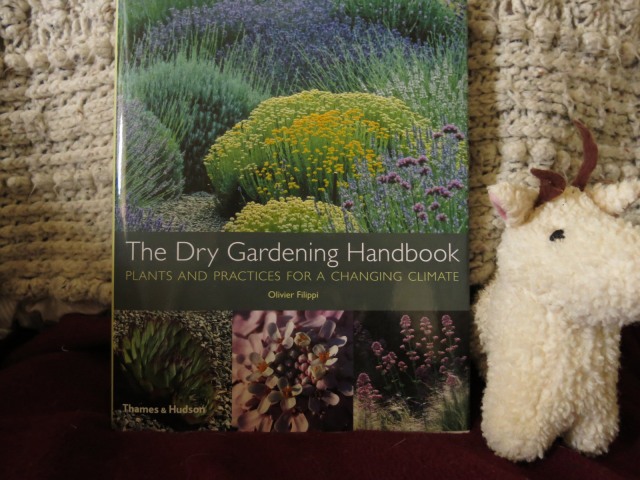 That’s my “fetch’n’cuddle” in the picture, to add a soupçon of cuteness, and to make up for the fact that the guy I live with insisted on “le drainage” instead of the real word, l’écoulement, just to be funny, and the Louis XV thing, too. Very funny indeed.

So now I’ll say adieu. See you next time.