Greetings, everyone; once again it is I, Chess the purebred border collie. You may remember me from such posts as “Under The Weather” (the one about the agaves) and “Memory And Desire” (the one where I talked about T.S. Eliot on my walk in the snow), as well as a number of other amusing and insightful posts. 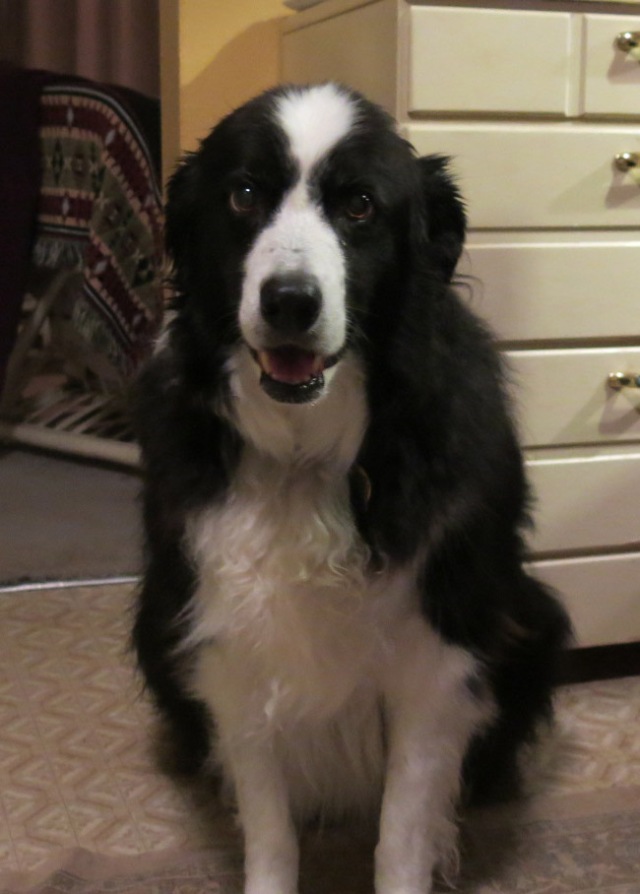 It’s been a very trying day around here. The coffee maker broke. This is really bad. The guy I live with has a hard time staying awake. He says it’s because he’s bored, but it could also be that he’s boring, and bores himself. He went out to find another one, but came home without one. I thought that was peculiar. He remembered that he had a nice Melitta drip coffee maker which he and my mommy used for over twenty years, he says, and he was able to make coffee with that, so the day was saved. He had to boil water first, which he knows how to do.

About ten years ago he decided to buy a coffee maker machine, the kind where you just push a button and coffee gets made, and my mommy was against it, since the Melitta did such a nice job of making good coffee, but when she discovered that he could fill the machine the night before, and she could come upstairs with us in the morning and just push a button, she was all for it.

My buddy Slipper liked coffee a lot, but only with cream and sugar. Just like he liked toast, but only with butter and jam on it. He wasn’t spoiled or anything, just a gourmet. The only thing he didn’t like was pretzels, about which he was very dubious.

The guy I live with says he still might get a coffee maker machine because he likes just pushing a button, and boiling water in the morning requires thought.

That was the major thing of the day.

The guy I live with noticed something odd today. He looks in the mirror, so I don’t see why that came as such a surprise, but he said this was not only odd, but extremely odd.

This is Antirrhinum braun-blanquetii. He says that the real plant, like in the wild, has light yellow flowers, and this must have hybridized with the regular snapdragon. He also says it’s funny that they call the first one a “perennial snapdragon” because the regular one is too, just a short-lived perennial. But anyway, it has flowers of three different colors on one stem. 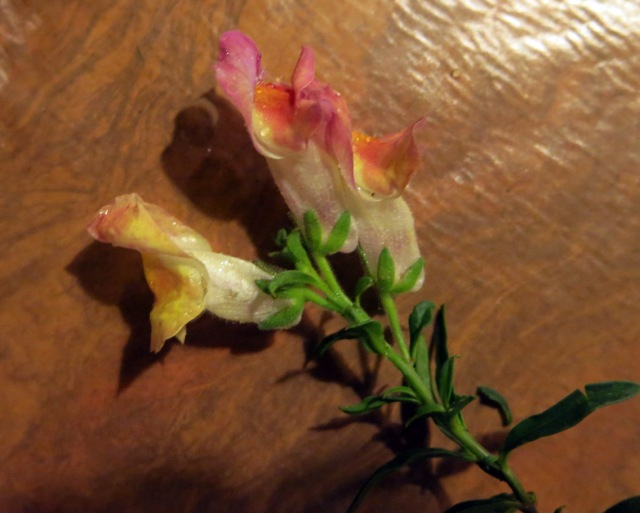 The guy I live with says this is more stupid than attractive.

I have to go now since it’s getting late. Before I go, I have a movie to show you, about our weather. It doesn’t star me so it isn’t riveting, but it gives you an idea of what things have been like around here lately.

idle
View all posts by paridevita →
This entry was posted in Uncategorized and tagged Antirrhinum braun-blanquetii. Bookmark the permalink.