Greetings and salutations, everyone; yes, once again it is I, Chess the purebred border collie, here to amaze and delight you. You may remember me from such posts as “The Worst Laid Plans” and “The Sun, Finally”, among so many others.

I am feeling quite fine, incidentally, and thank you, though of course the guy I live with frets a lot about me. He doesn’t have much of anything else to think about, which may sound like all he thinks about is me (an excellent subject for pondering, if you ask me), but in truth, his mind is completely blank most of the time. Here I am in a characteristic pose, expecting a biscuit. 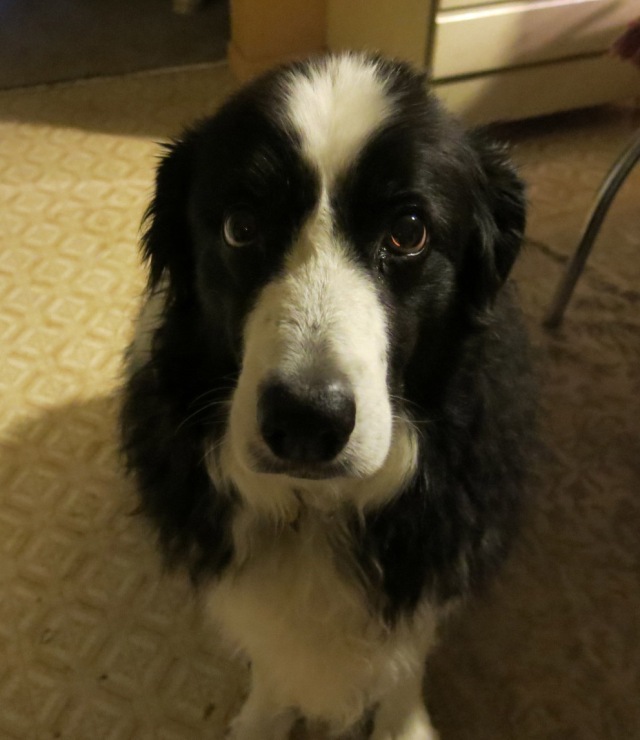 I got one, of course.

For some reason we decided to get up before the sun came up, even though the guy I live with said we could sleep until nine o’clock, which didn’t sound very productive to me. Then he looked outside and said something about the redbud glowing eerily in the predawn light and so took a picture of it.

Maybe it is eerie.

Well, of course, naturally, he then decided to take more pictures. The red is the Wasatch maple, Acer grandidentatum. He likes that name better than bigtooth maple which he says conjures up peculiar images. The maple does grow south into Arizona and Mexico and stuff so Wasatch is really a misnomer, but he says it’s a cool name, and we like to stick with cool. 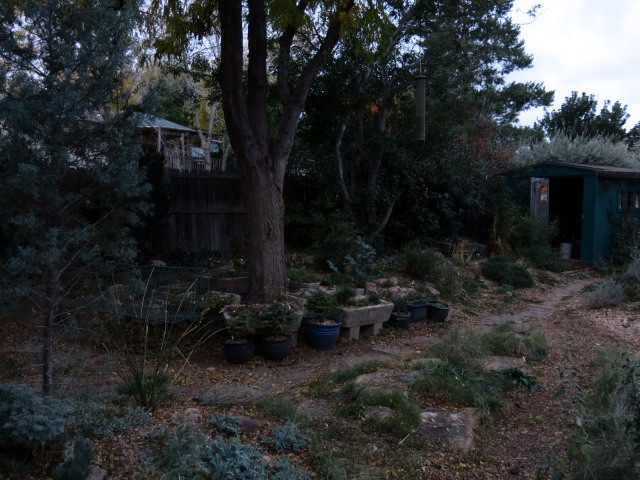 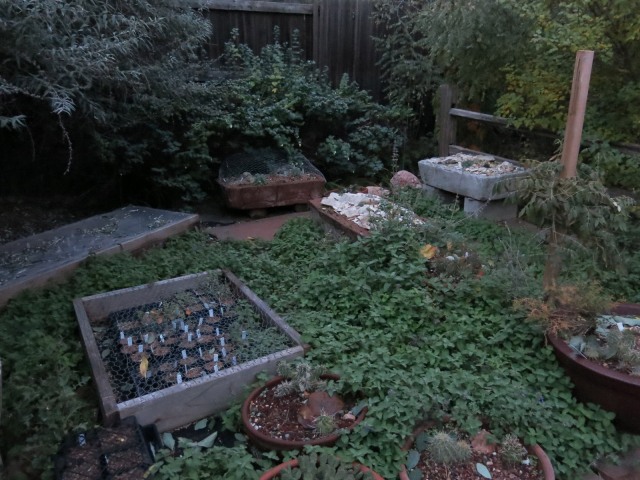 That’s the native mountain ash, Sorbus scopulina, lighting up a dark corner of the garden.

On the left in this picture is where he’s putting up the fence and ripping out all the plants. I know what’s coming next but I don’t want to think about it much. A giant pile of gravel. 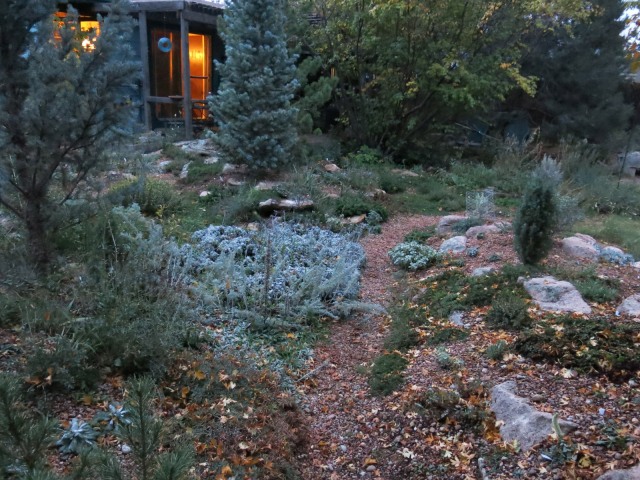 That’s me at the bottom of this picture. I was helping, with the atmosphere and all. 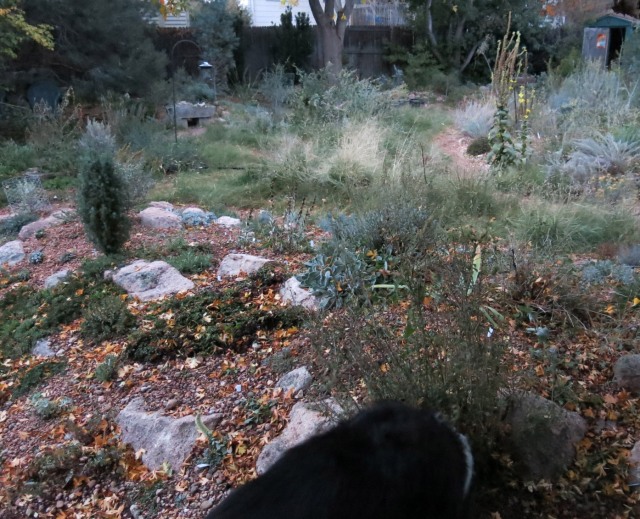 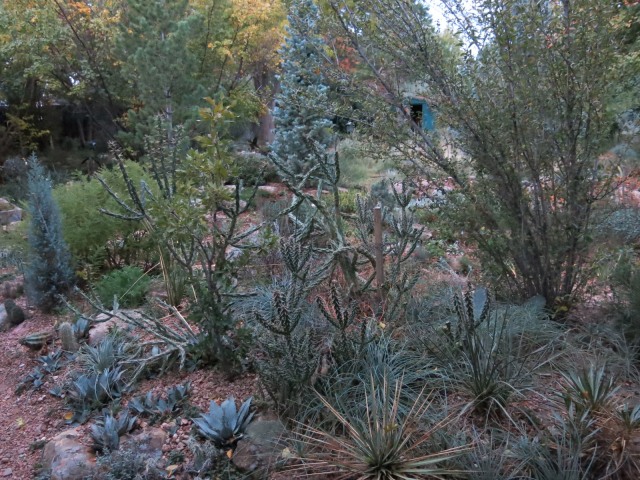 The sun was starting to come up in earnest now (like I guess it always does), and this last picture, a peep into the jardin exotique, was taken without the tripod so it’s kind of fuzzy. Like me.

I guess that’s it. After making the guy I live with get up so early I’ve decided to go back to bed, like any sensible creature. He drank too much coffee and so now he’s awake, which is so pathetic.

8 Responses to before dawn