Posted on November 5, 2013 by paridevita 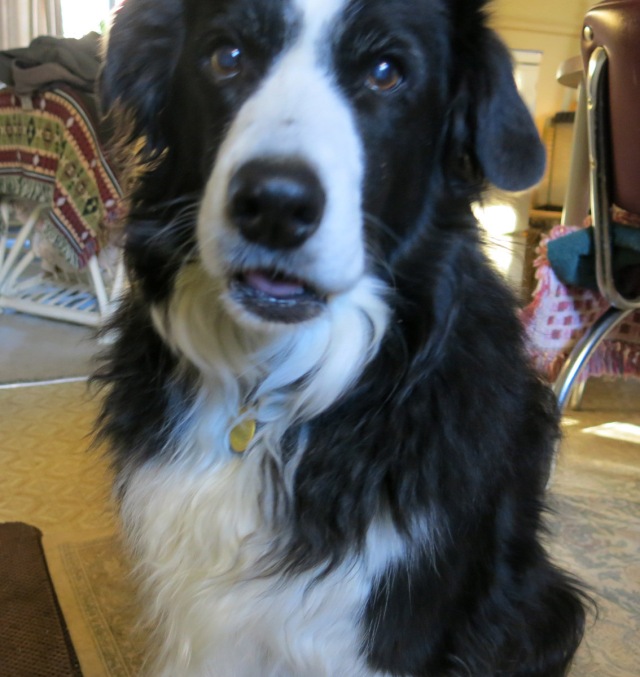 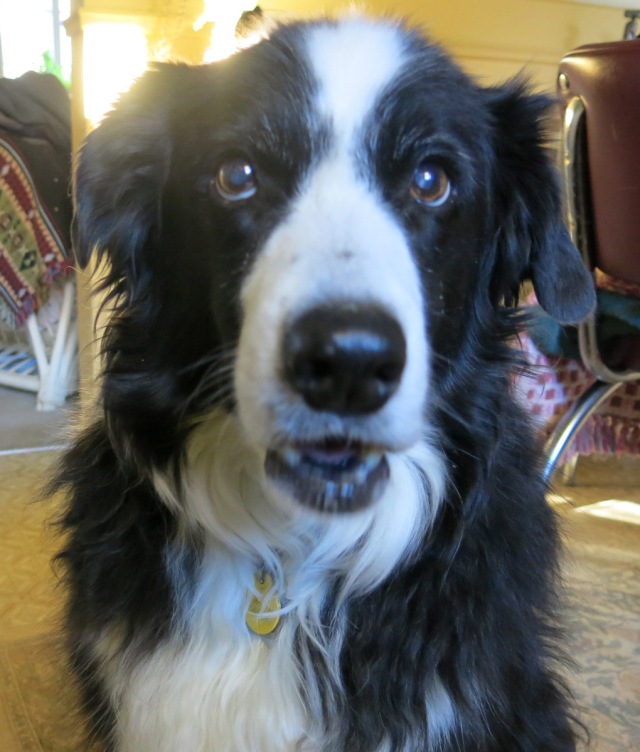 You may remember me from such posts as “Serious Talk About Lawns” and “Going To California” among so many, many others. As you can see, I talk almost as much as the guy I live with does. The difference is that what I say is interesting. 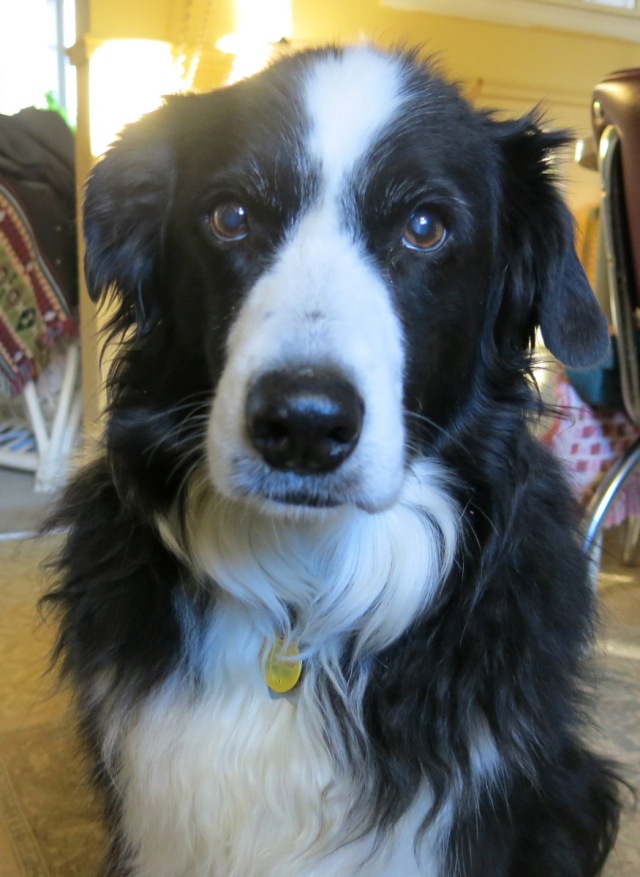 Okay, well, there’s the focusing issue again, but with three whole pictures of me, I can hardly complain too much. The sun was shining into the kitchen which is why things look the way they do.

Today was the day it was supposed to snow. It was predicted to start around ten last night, and even though I slept really well, as usual, I insisted on getting up at 5:30 this morning to go out and play in the snow I hoped had fallen, and then drag the guy I live with through the snow before the sun came up. He whines a lot when we do that. It was almost like waiting for Santa Claus, which I and my buddy Slipper used to do on Christmas Eve. We’d listen for the sound of reindeer hooves on the roof, and had a hard time sleeping, doing all that listening. My grandpa Flurry was the big listener, though; he would listen for this, and listen for that, and even though we don’t have a chimney in the house, I’m sure if Santa had showed up my grandpa Flurry would have nipped him.

It didn’t snow at all. Not even one flake. It never looked like it was going to snow, which made the guy I live with wonder why the TV people he watched got all excited about this storm that was about to descend on the city, since nothing happened. He says the TV people never get excited when nothing is about to happen, which is strange, because we both like days where nothing happens.

Like today. The guy I live with had to take a nap at about nine in the morning, which he said makes for an excellent start to the day, but you don’t get much gardening done if you’re napping. He did manage to drag himself outside and cut down some dead stuff, and took one whole picture, this time of Crocus cartwrightianus ‘Halloween’. 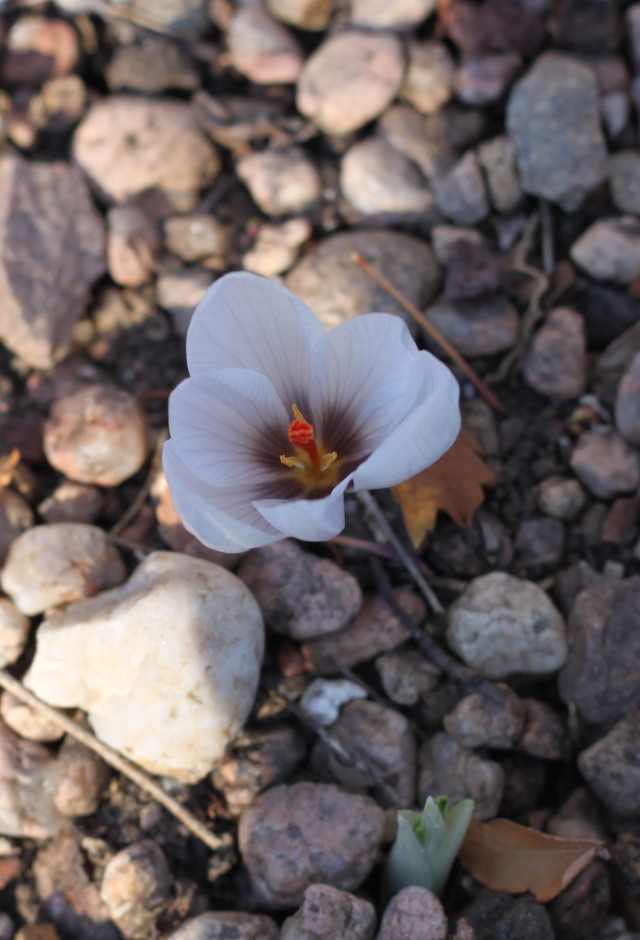 So, one flower picture, to three of me. Not a bad ratio.

I was disappointed that it didn’t snow today. It would have melted by tomorrow, but winter, which the guy I live with says is coming fairly soon, is my favorite season. Except for the opera. The guy I live with insists on listening to operas during the winter. All that shrieking. A lot of times he even does it when we take our afternoon nap, which is good for me since I’m asleep when all this racket is going on. Sometimes there isn’t opera but other music, which is occasionally tolerable.

He finds it difficult to read when there’s music on, and so sometimes instead he reads, and then takes a nap afterwards. There isn’t room for both of us on the couch, so I sleep under the living room window, just in case I have to get up and bark like crazy when people come to the door. That’s one of my jobs around here. It doesn’t pay anything. It’s its own reward.

Oh, the reading. You know how he sometimes quotes Henry Mitchell 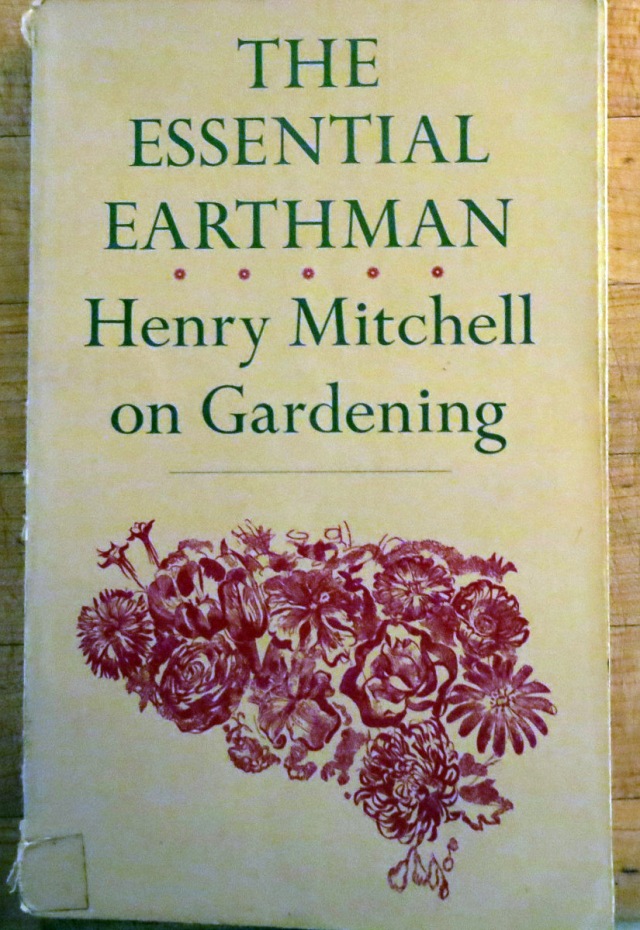 who was one of the first garden writers he came across whose writing he truly enjoyed, well, he isn’t reading this now, but I’ll show you something weird, or maybe just serendipitous.

What he has been reading, and very slowly (but not moving his lips or anything), is this. 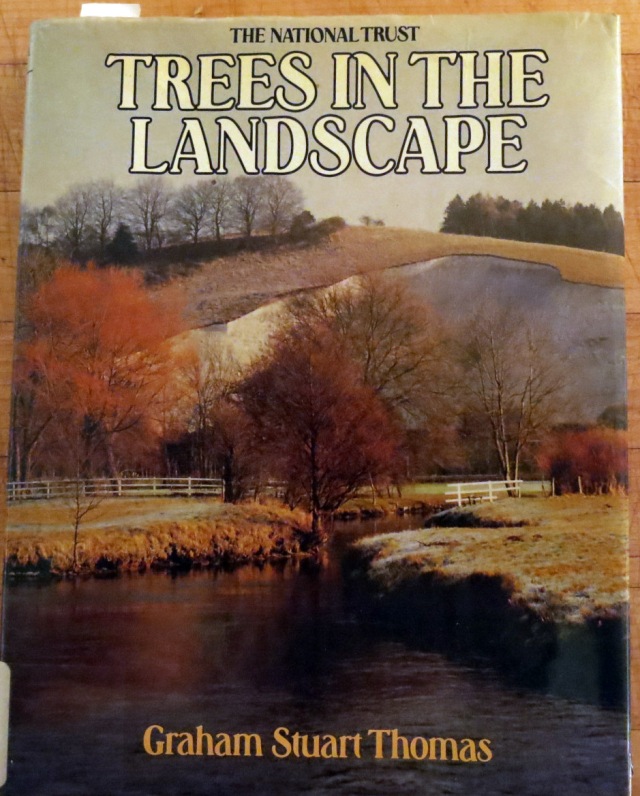 Landscape as in land scape (just like the dust jacket photograph), not something done around a house, and planted trees, as well. A landscape gardening book, in other words. “Quite delightful” says the guy I live with, who knows delightful when he sees it, since he lives with me, after all.

There’s something else about this book that’s interesting, too. 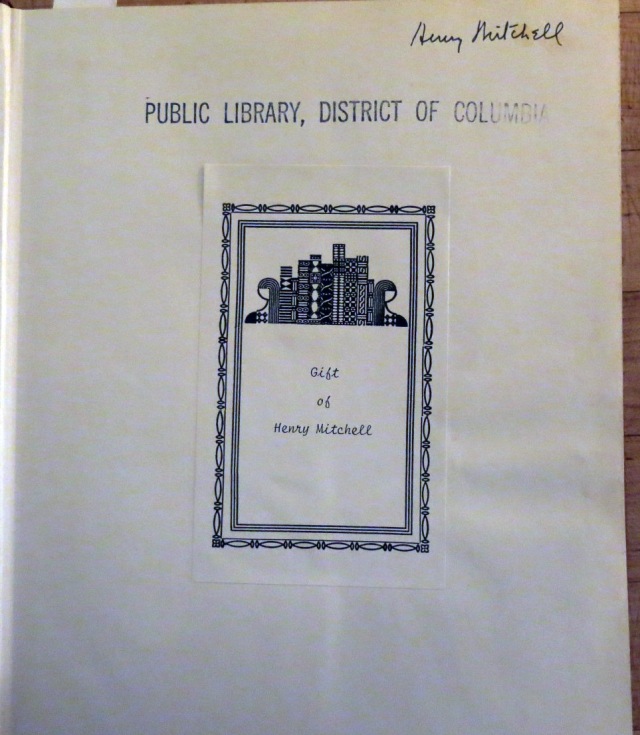 The guy I live with says it’s sad that libraries are getting rid of their books, for reasons unknown to him, but maybe this one is in good hands for now.

I think that’s all for tonight. There really isn’t much going on, which is typical for this time of year. I mean there’s stuff blooming, which he could have taken pictures of but didn’t (too much napping), and there’s work to be done (but not by me), but things have slowed down a lot. They never come to a complete stop, unless tons of snow falls, but even then, the guy I live with is looking at seed trays and sowing seeds and writing labels and things like that. It’s really boring for me when he does that, but he likes sowing seed. Anything that makes him happy must be good.

idle
View all posts by paridevita →
This entry was posted in Uncategorized and tagged Crocus cartwrightianus, Henry Mitchell. Bookmark the permalink.

13 Responses to no snow today