revenge of the rodents

Greetings and salutations, everyone; once again it is I, Chess the purebred border collie, here to provide you with the most exciting news from the garden. You may remember me from such delightful posts as “A Change Of Pace” and “The Grape Bush”, among so many, many others.

Yes, the carpet is quite level, as you can see. It’s also not terribly clean, even though it was just a couple of days ago. Fancy that. That little thing to the right, or my left, is a piece of biscuit I overlooked.

But not for long.

Starting out a post with three pictures of me might make you think that we have absolutely nothing to say, but the title of today’s post hints at something much more sinister.

We have rodents. I knew you knew this, but I wanted to say it again. Rodents.

They’re really mad at the guy I live with, who counted five squirrels at the feeder under the arbor the other day, and he said the Peterson Field Guide to the Mammals, which includes rodents, says “populations of 1 squirrel per 2 acres to 3 squirrels per acre.” He says we have a little less than half an acre so something is very, very wrong.

He also says the book says “an important small game mammal”, which makes me wonder if I could play chess with it. Oh, ha ha, huh? The guy I live with said he might go out and read this part to the squirrels, as well as the number of squirrels per acre that are allowed.

Anyway, he replaced the last remaining regular bird feeder with a caged one, just like the one I showed a picture of a few days ago, and now they can’t get at the feeder and turn it on its side and pour all the seed onto the ground, so they’re “doing the revenge thing”, as the guy I live with said today.

One thing that one of them did was to sneak into the garage and swipe about half of the stale bread and peanut butter that the guy I live with had set out for the mice (more rodents), so that the mice would stay in the garage instead of walking into the house when the door is open and I’m not on guard (see photos above).

They’re doing other things too.

This is Pinus uncinata ‘Braska’, and if you wonder why there are cages all over the garden, maybe this will show why. (The little cage you can see is what is said to be a “seedling Daphne petraea“, which I guess is a big deal, even though the plant is really small.) The guy I live with chased the squirrel away but then it came right back to the little conifer when he was standing right next it, as if to say “Look what I can do while you take your nap.”

The green metal thing, if you were wondering, is where the guy I live with sticks a nail sprinkler to water this rock garden. He also says it’s too early for the squirrels to try to take a little Christmas tree up into their nest. “It’d dry out, and besides, there’s no place to plug in lights” he said. 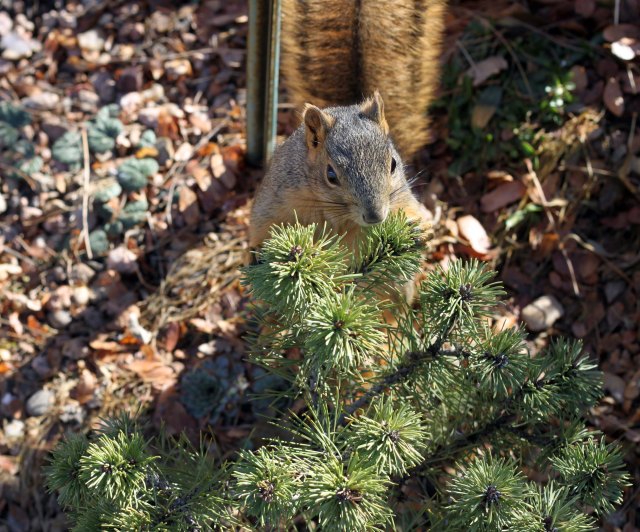 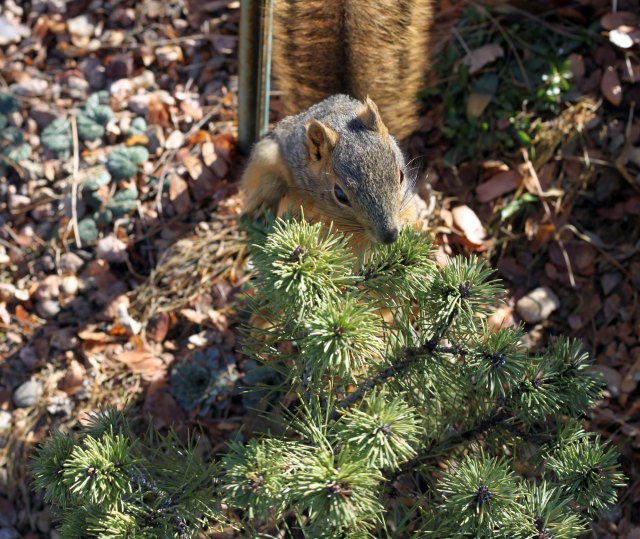 The guy I live with bought more chicken wire and hardware cloth and I have no doubt that in a few days’ time the garden will look magnificent. “Like pictures of the Western Front in World War 1”, he said. He also has some Deer Off to spray around too.

Meanwhile I have to guard the carpet. Because you never know what might happen.

I might as well show a flower picture too. There are a few flowers still blooming. This is Crocus pallasii subsp. turcicus. Speaking of which, I got some turkey giblets on my dinner tonight, and they were good. It’s traditional for us purebred border collies to get some giblets fried in butter on the holidays. Since it’s just me now, it’s traditional for me to get twice as much as before. Oh, the crocus.

I told you there really wasn’t much to say today, didn’t I? But I did get the opportunity to post three, no, four pictures of me. 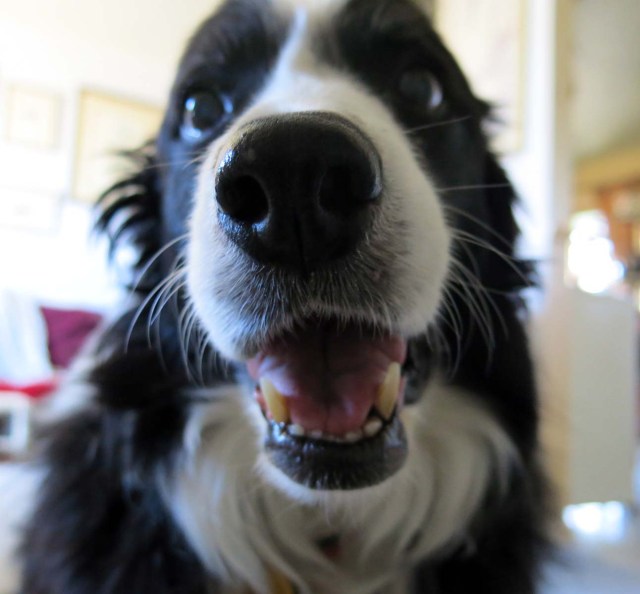 idle
View all posts by paridevita →
This entry was posted in Uncategorized and tagged Crocus pallasii. Bookmark the permalink.

12 Responses to revenge of the rodents