Posted on December 2, 2013 by paridevita

Here I am in a characteristically horticultural pose. I’m out in the garden, as you can see. 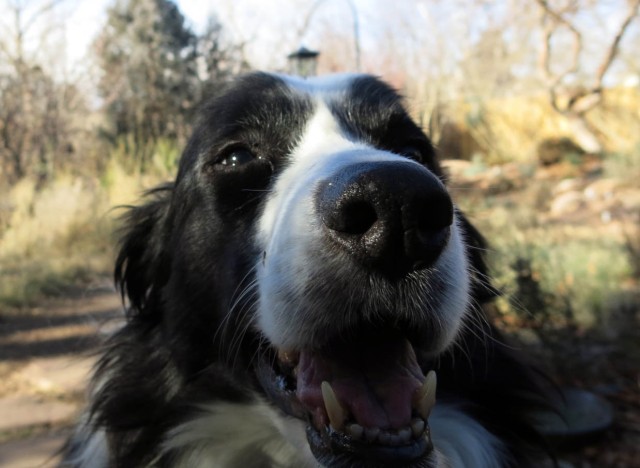 Before I talk about what’s been going on, which is hardly anything anyway, how about another picture of me? I say why not. This is me inspecting things in the garden. You know, things that need inspecting. What you see there is what the guy I live with says is a lawn. The thing is, he wanted to grow a bunch of native grasses, and couldn’t figure out where to grow them except all together where the regular lawn was, and so he ripped that out and put these grasses in, but he still calls it a lawn. I don’t really get it. 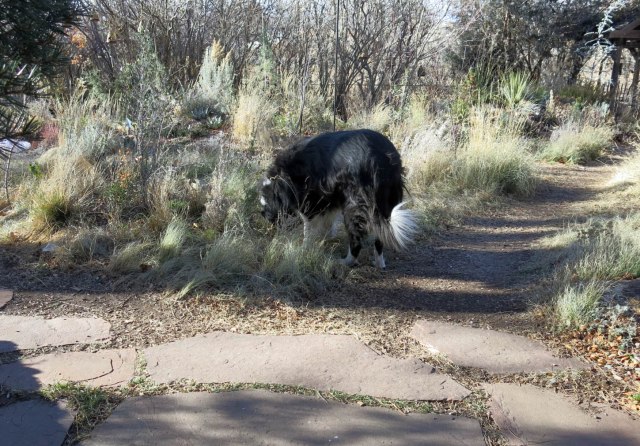 Whatever, huh. He did decide to order, and then eventually actually did order, some feeder things for the rodents. He says that might a good way of keeping them out of other stuff, but I think what’s really going to happen is that they’ll have their feeders and still do all the other stuff. 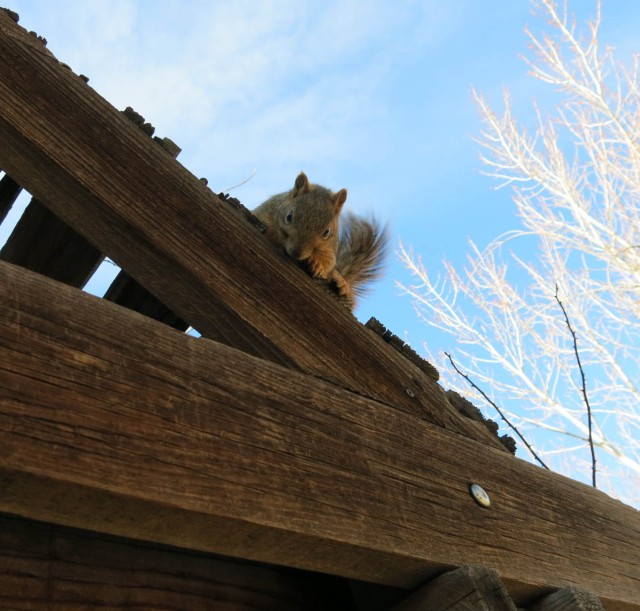 A funny thing happened today. I better back up first and say that today was a really beautiful day, the way days can be here at this time of year, but they (you know, “they”) say that snow and cold is coming for the rest of the week, and it’ll be so cold there won’t be any degrees at all here. I think this sounds completely excellent, though the guy I live with doesn’t enjoy going on walks with me when there’s blowing snow and no degrees as much as maybe I’d like him to. “It’s just not the frolic you think it is”, he said to me earlier today, when I was getting all excited about the weather.

So it’s going to get cold., and we’ll be below normal for the foreseeable future. Temperature-wise, I mean. We’re getting ready for it in the usual way. (He’s complaining.) And so today, keeping in mind that it’s going to get really cold and snowy for the rest of the week, which maybe I already said, look what came in the mail. I mean, really, look at this. 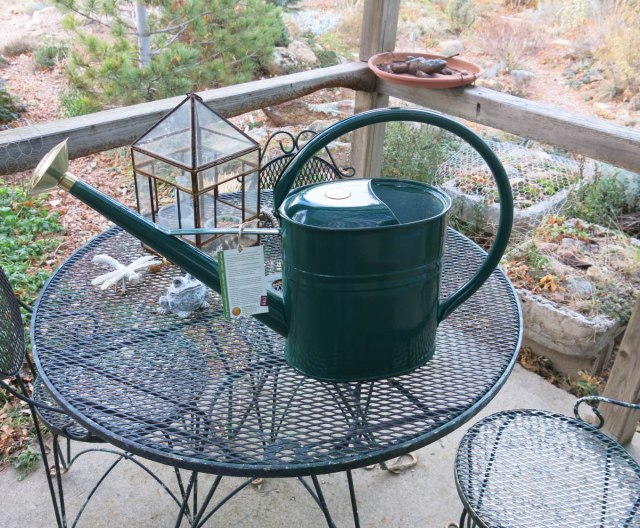 If you’re thinking that this is a watering can, you’re right. See, the guy I live with was feeling sorry for himself (like that’s something new, right?) and he ordered this fancy Haws watering can this past summer, and it was back ordered from England, where they make these, and it finally showed up today. He had forgotten all about it, but he remembers it now, since it’s here.

Surely, you may be thinking to yourself, he must already have a watering can. Indeed he does. The guy I live with has this watering can 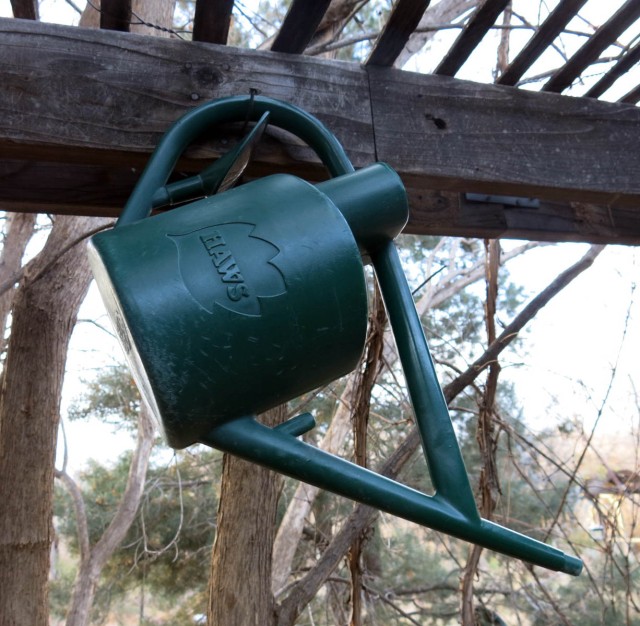 and this watering can (also a Haws) 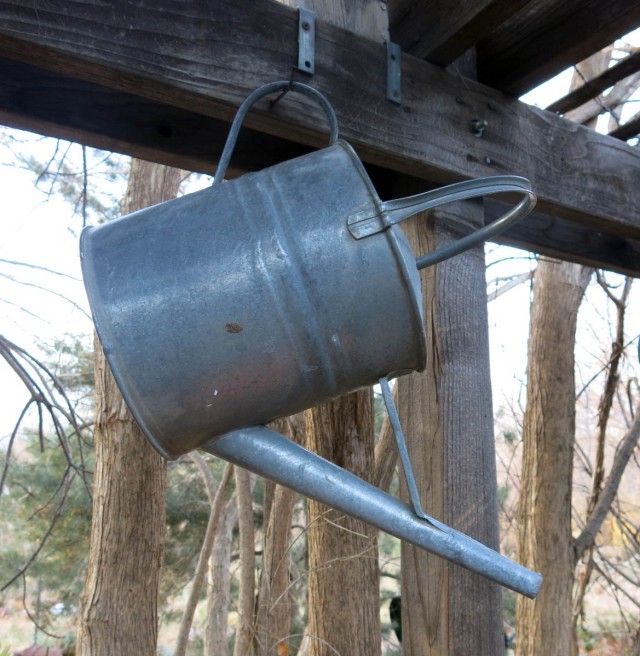 I can’t explain it. Maybe there is no explanation. The guy I live with has a new watering can.

Okay, let’s see….pictures of me….rodents…..getting cold…..watering can…..oh, I know. The titanopsis. It’s about to bloom. Right when it’s going to get really cold. I think that’s pretty dumb for a plant, but what do I know. 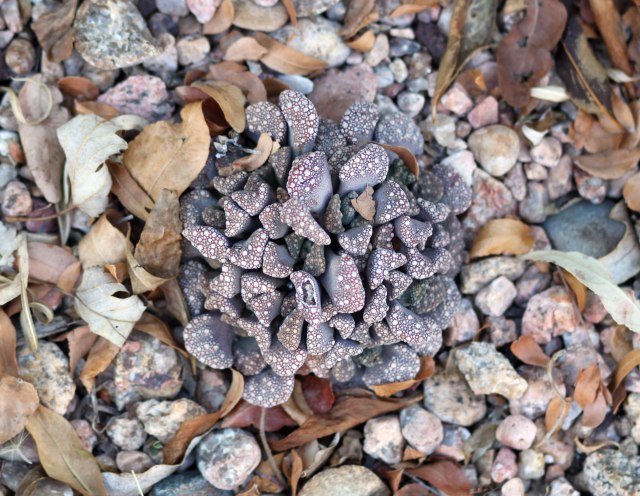 You can see where someone has nibbled on a leaf or two. I forgot to say this is Titanopsis calcarea. I’ll do that now. It’s Titanopsis calcarea. Here’s a better shot of plants that have flower buds, and you can even see the color. Somebody’s been eating these a little, too. Not me, for sure. 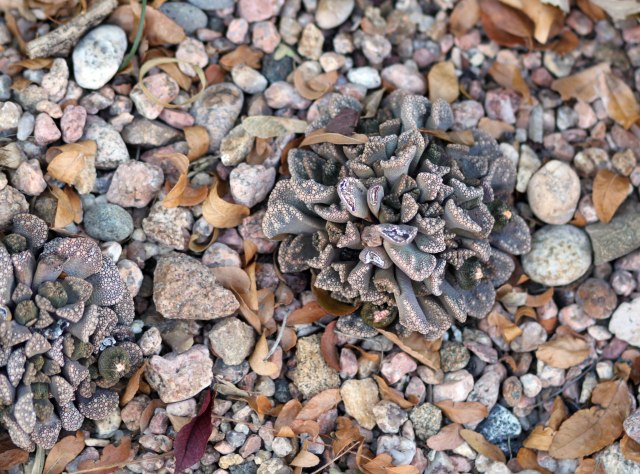 Now that really is all. It’s going to get really cold and snowy, we’ll be going on walks in it, and then at night I’ll be tucked in under the covers, sleeping on my soft Pottery Barn sheets.

I’ll say goodbye now, and make this post really excellent by ending it with another picture of me. I got really close to the guy I live with when he was trying to take my picture, which I like to do. You can see the funny little ridge of hair on what I guess is my forehead, that my mommy used to make fun of, but she liked me a lot. Partly because if the funny ridge, I think. It’s very distinguished looking if you ask me. 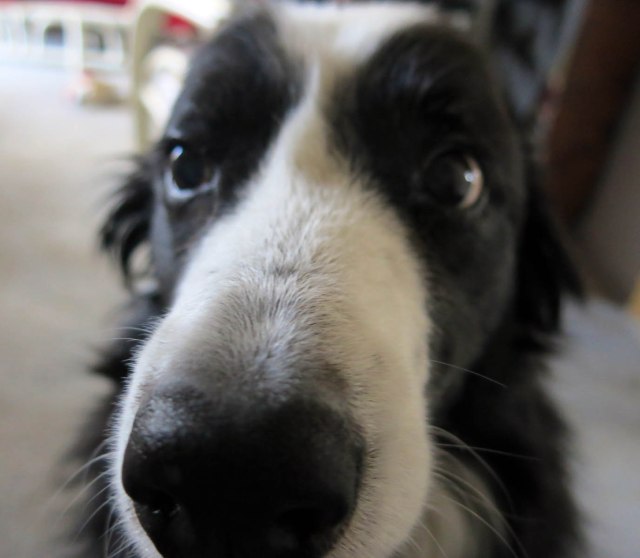 another picture of me

14 Responses to below normal