Greetings and salutations, everyone; once again it is I, Chess the purebred border collie, here to bring you the latest news from our snow-covered garden. You may remember me from such outstanding, and –dare I say it?–brilliant posts like “Out Came The Sun” and “Invasion Of The Pods”, among so many, many others.

Here I am in a characteristic pose. I’m telling the guy I live with to stop trying to take my picture and get on with our walk, which we did right after that, so I think my impatience bore fruit. 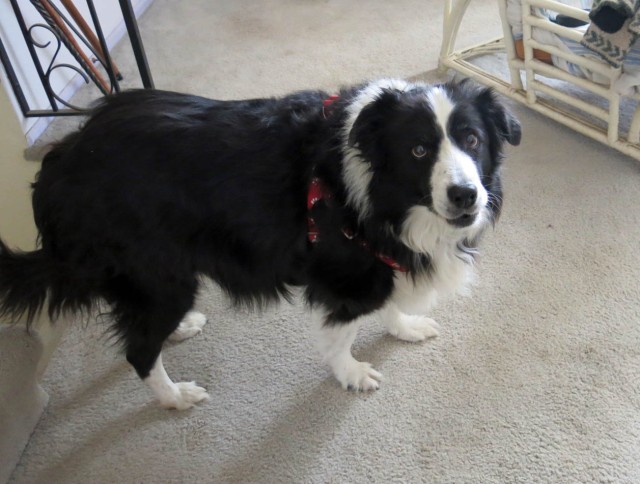 It’s still really snowy outside, as you can see from this picture taken from the upstairs bedroom window. Those two dark things in upper left center, in the Wasatch maples (Acer grandidentatum) are squirrels, huddling against the cold, which it is. 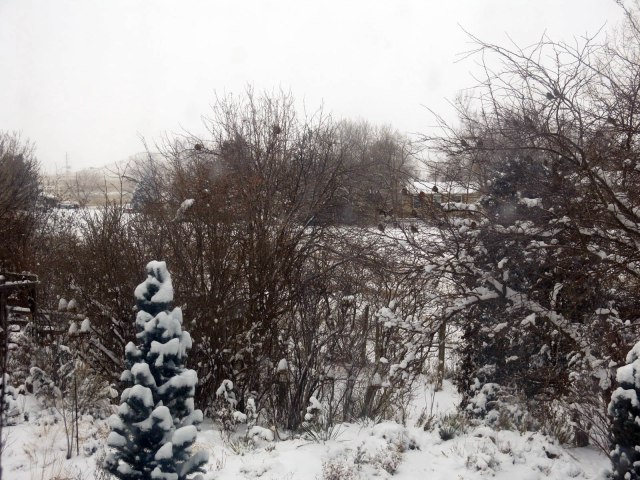 Even though our walk this morning, in the snow, was completely excellent, it’s pretty boring right now. There are only so many places you can find in the house that are perfect for just lying around and being in the way, and I’ve found most of them. I lie on the kitchen floor, or rather, on the rug on the kitchen floor, a lot now, so I can both be close to the guy I live with, and in the way at the same time. This is what I understand they call multitasking.

Well, so, being bored and all, there isn’t much to talk about, and the guy I live with suggested I show some pictures of some of his favorite books. He and my mommy loved books, and the house is full of them. Here are some of his. Let’s start with the books on rock gardening first. With at least one of these, he just looks at the pictures.

This first one is pretty incredible, he says. 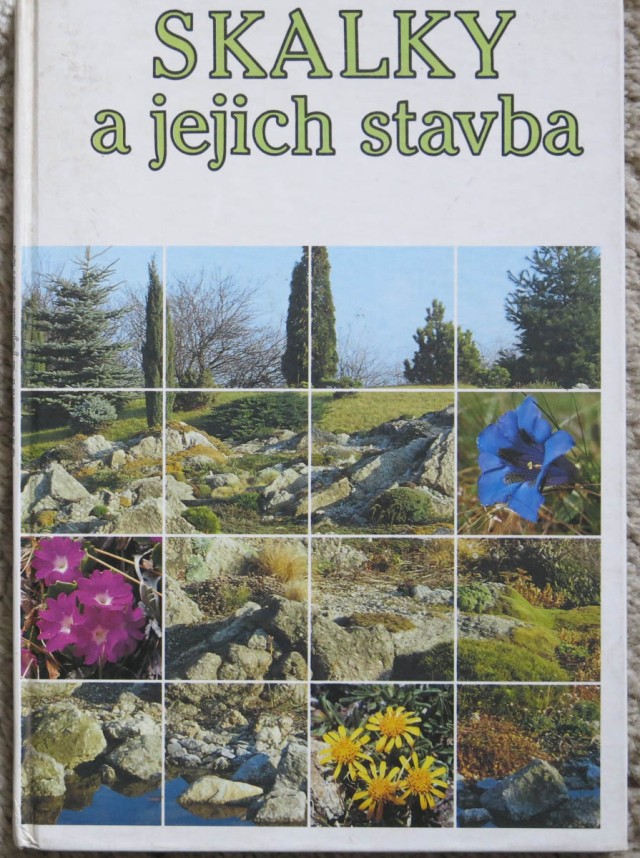 rock gardens and their construction 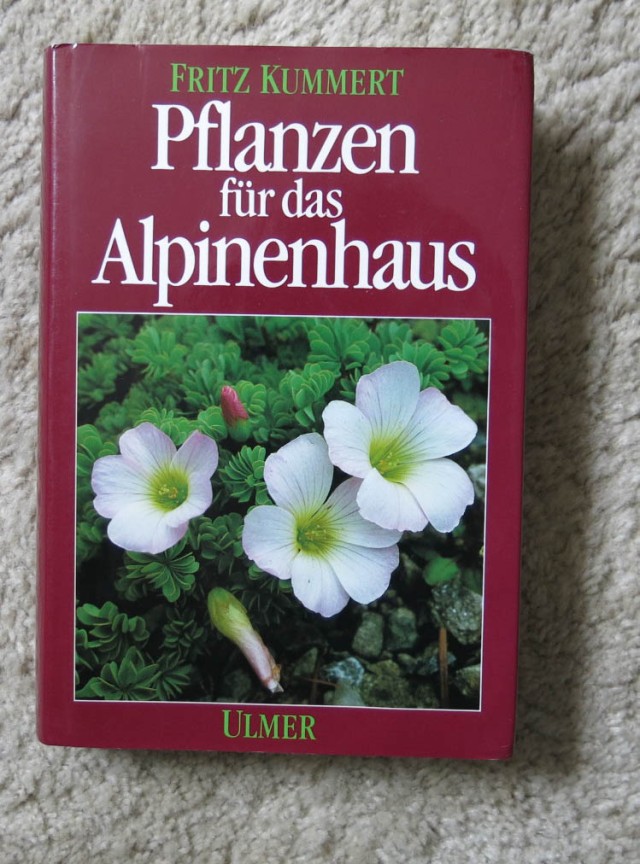 plants for the alpine house 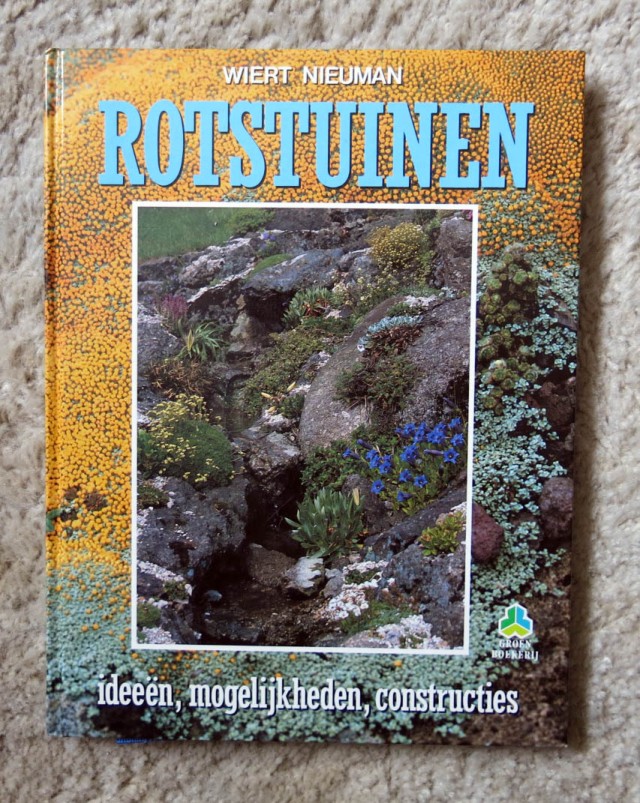 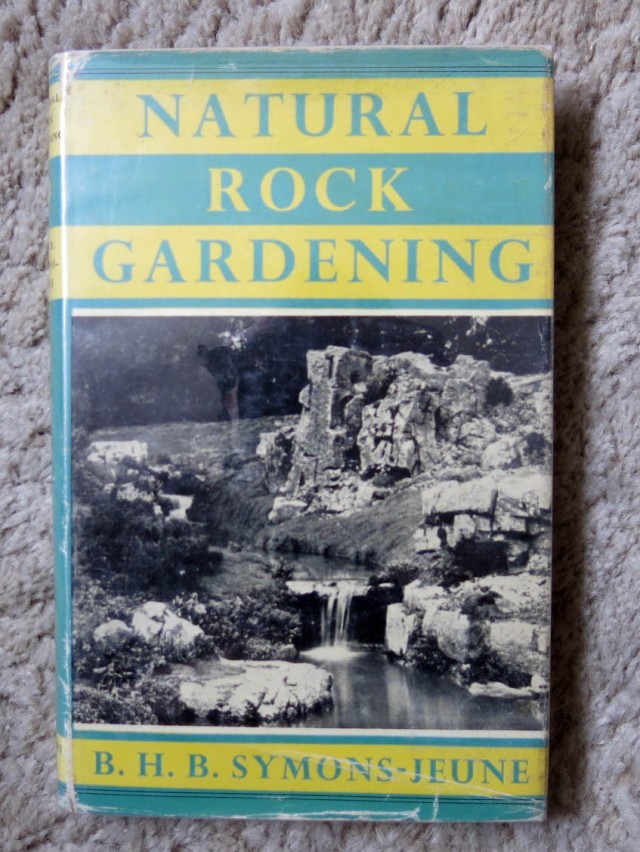 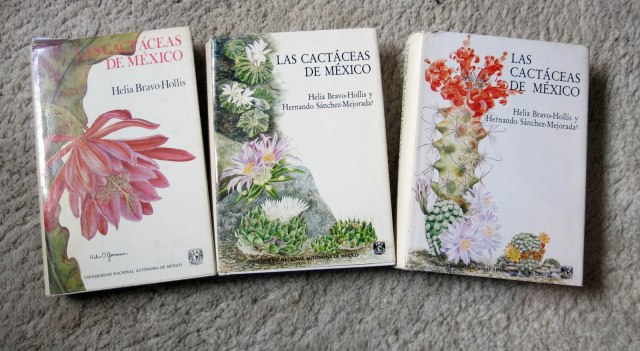 He says this one by Graham Stuart Thomas is delightful. It tell you how to use a besom in the garden. Standing at right angles, with back bent, that is. And “on a windless day, with supple back, merrily go the leaves”. It doesn’t say merrily go the pods, though. 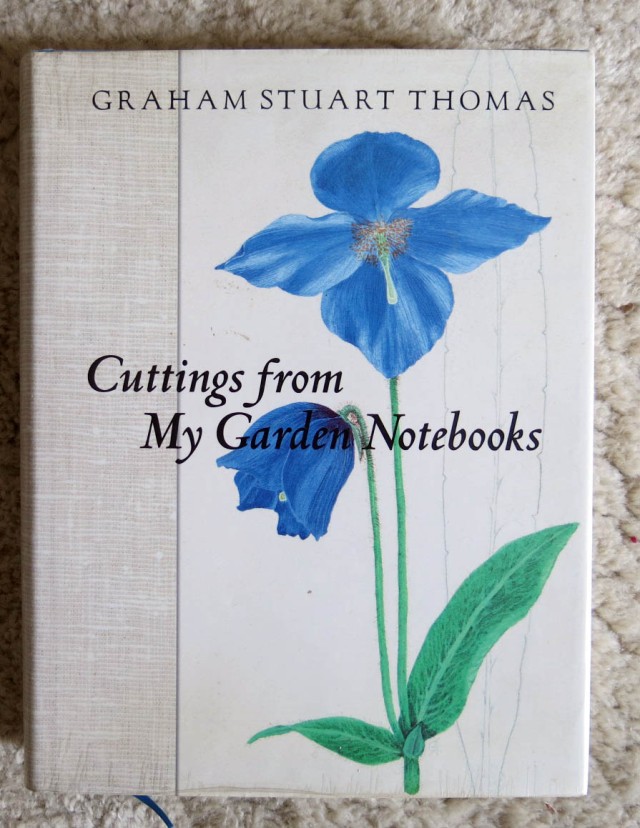 This is a besom, if you didn’t know. It’s really a Japanese broom, but same idea. 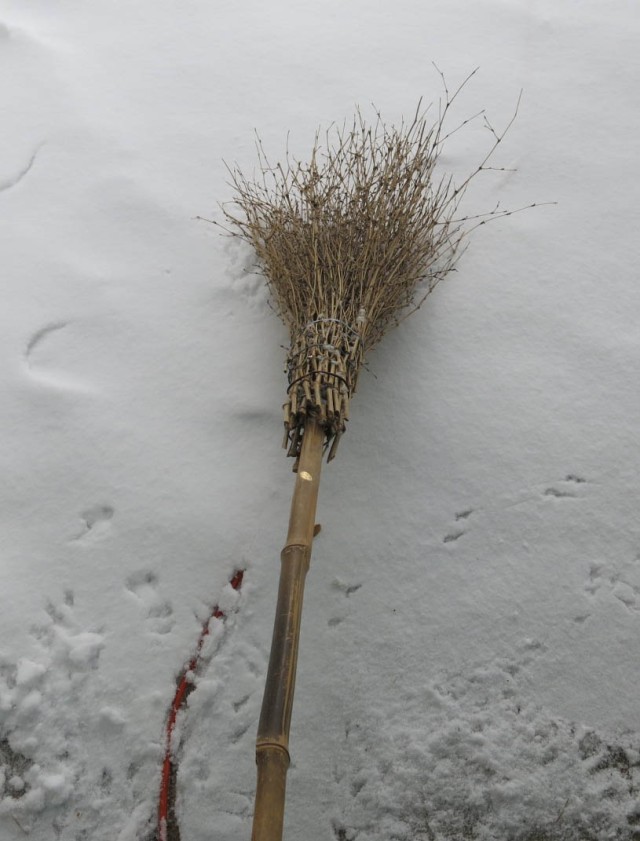 Here’s one by G.S.T. that you don’t often see available. 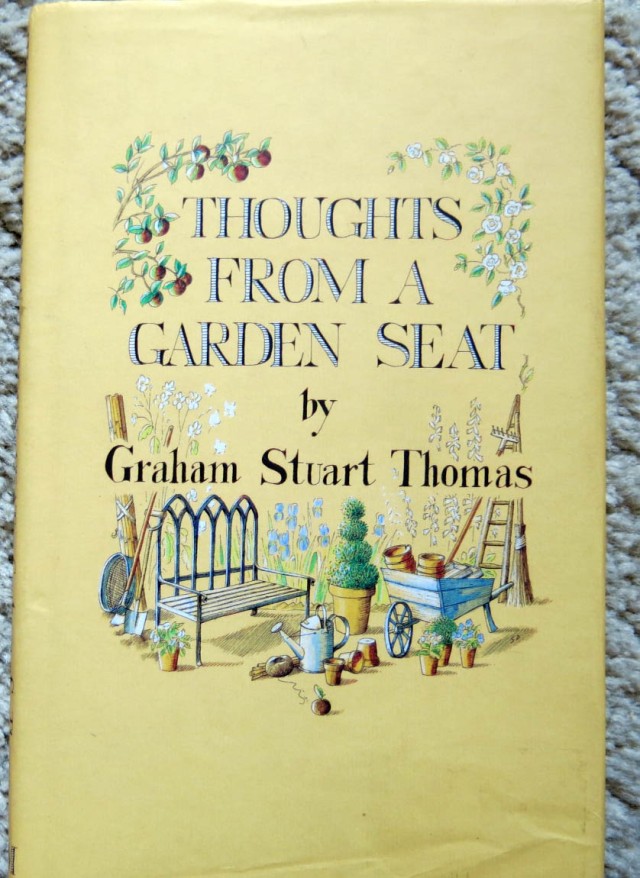 Some other books.  He told me that when he and my mommy first started living together (like, the week after they met, or something), they would go on dates to Tattered Cover and buy books. Most of the books in the house were hers; after she died, he gave away his library of “serious literature” figuring he’d gotten all he could out of the books, but kept the gardening books. He says the old ones are fun to collect. He says he just learned that this is called a “shelfie”. 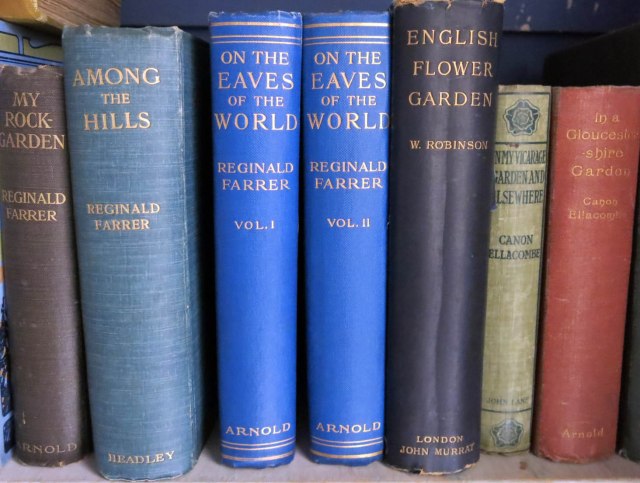 The guy I live with says this is the hardest to find of the three volumes of E.A. Bowles’s “My Garden” series, and he found it. This is the first American edition, printed in England. 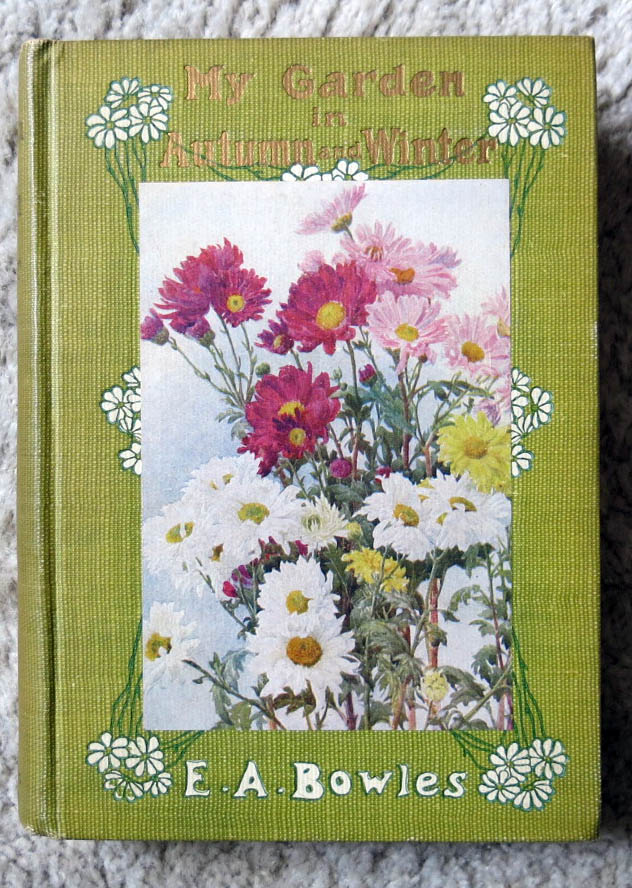 A first, or maybe second edition. (The guy I live with doesn’t care that much.) 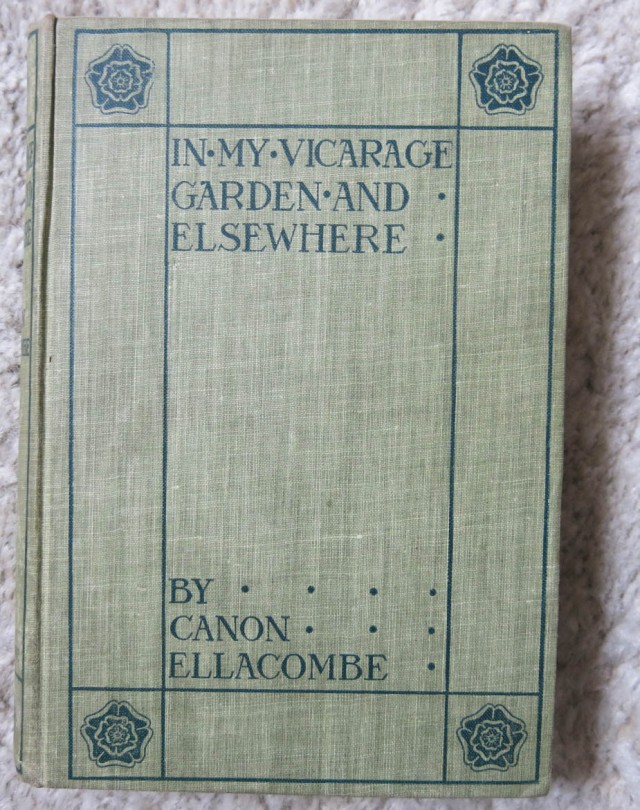 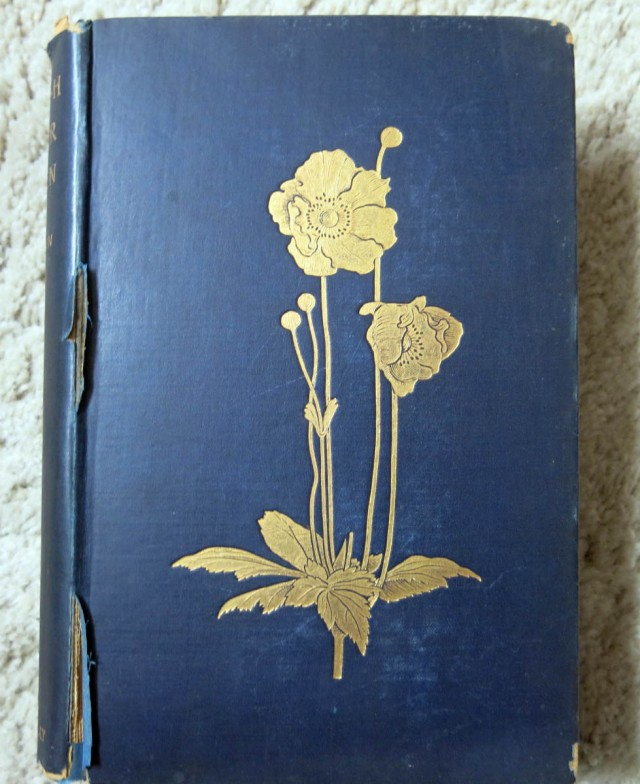 Not a first edition. Horrors. 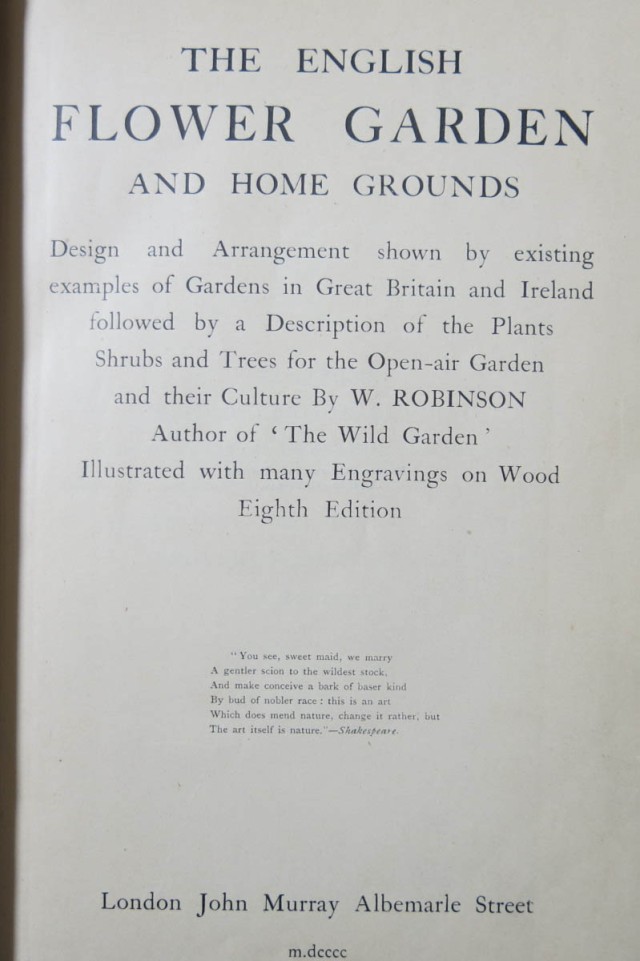 A couple of firsts by “easily” his favorite garden writer. 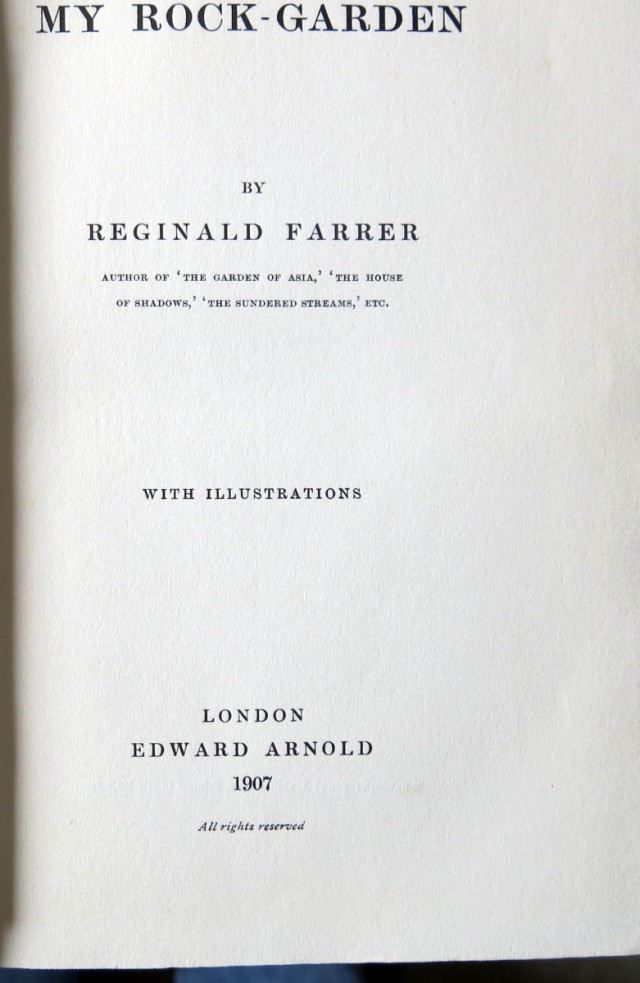 Among the Hills might be a second edition, or impression. “It matters not a whit” says the guy I live with. I don’t think I know what a whit is. He forgot to take a picture of Rainbow Bridge, which he just found a copy of, but a second impression. 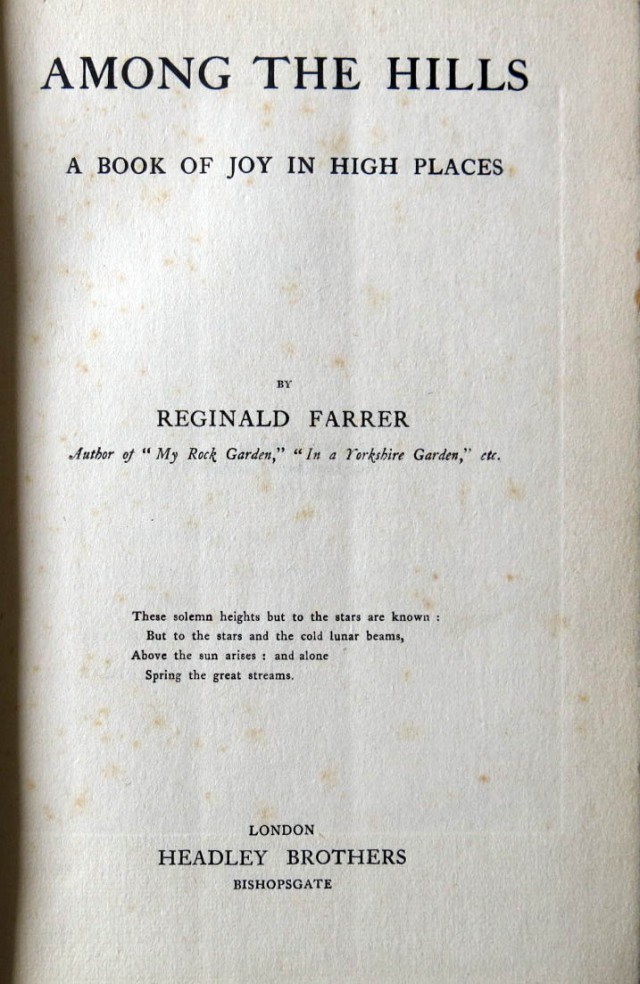 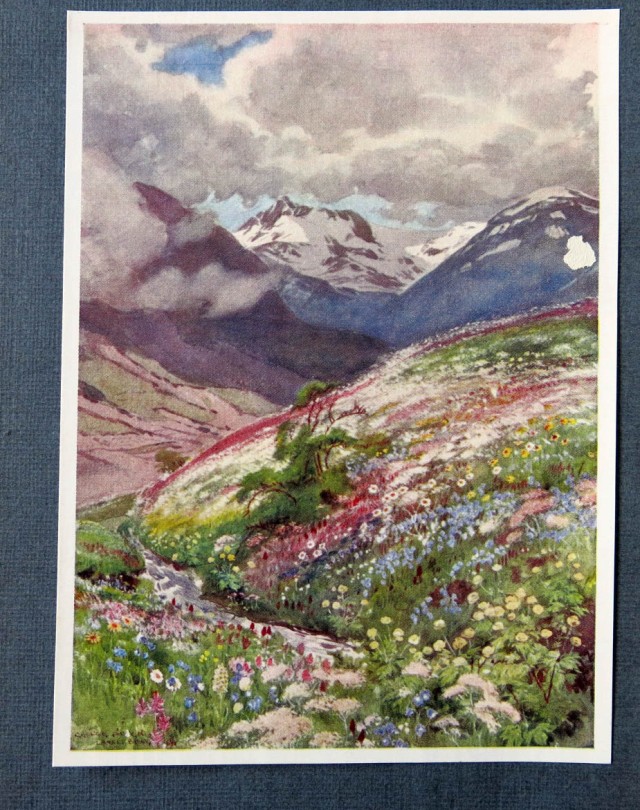 The Dolomites. (Well, it says “Dolomites” right there on the cover, doesn’t it?) 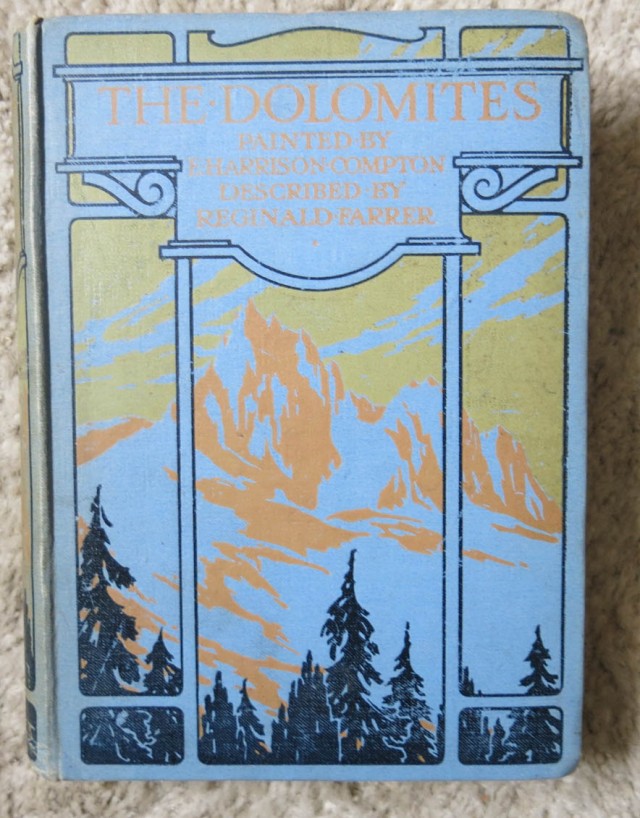 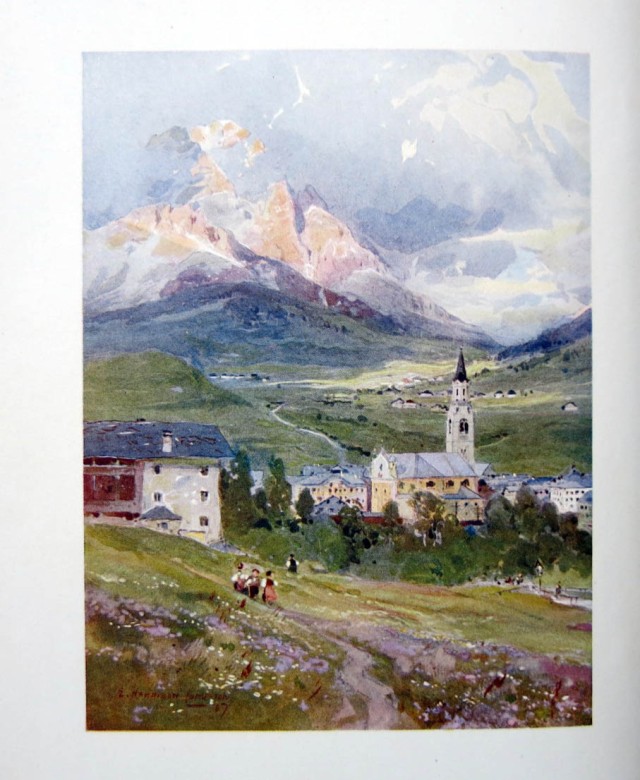 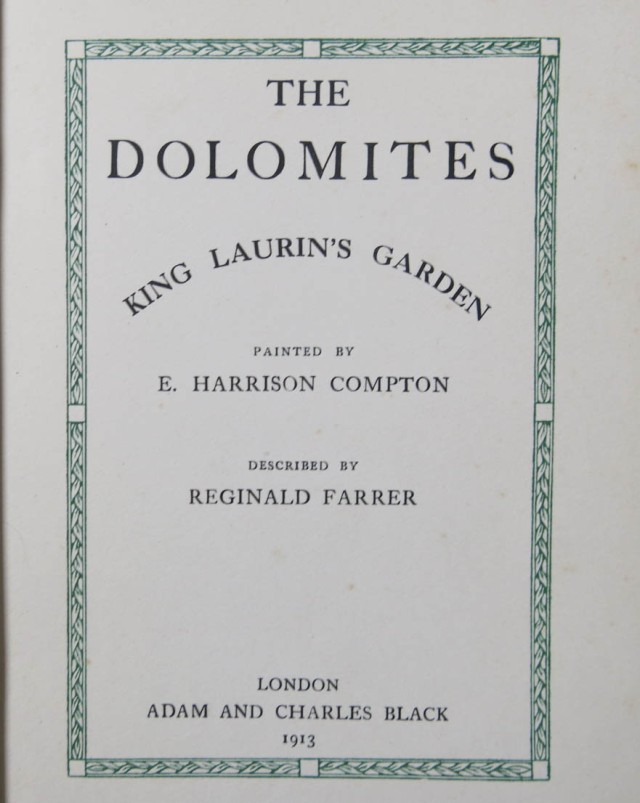 And lastly, his all time favorite gardening book. He says it’s so funny he read passages out loud to my mommy and the two of them collapsed with laughter. You know, like when something is so funny it hurts. I don’t laugh that much, because, well, because there isn’t that much funny stuff around here. Not funny ha-ha anyway. 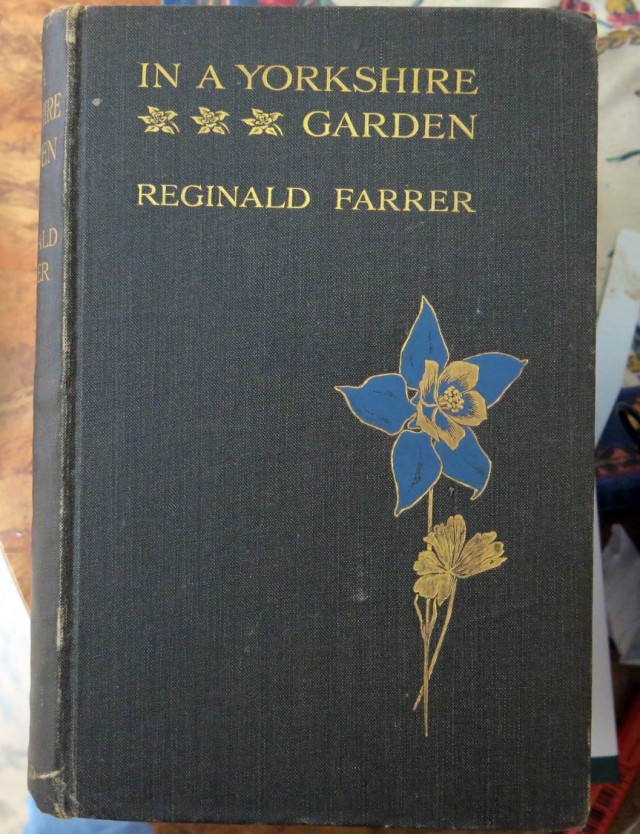 Well, um, this took a lot of time to do, and wasn’t that interesting to me, so I don’t really know what to say. It’s snowing outside, or no, maybe it stopped, but it’s really white and bright, and so we’re staying inside, doing pretty much nothing. I’m very good at that, too, so I’ll close with a picture of me doing next to nothing. 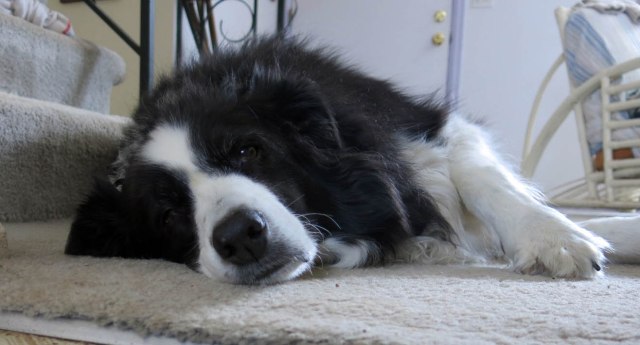 idle
View all posts by paridevita →
This entry was posted in Uncategorized and tagged E.A. Bowles, Reginald Farrer, William Robinson. Bookmark the permalink.