Posted on February 6, 2014 by paridevita

Hello everyone; here I am, Chess the purebred border collie, once again, with all the latest and most up-to-date news from our garden. You may remember me from such posts as “Another Chilly Day”, and “A Cold, Cold Day” (which today definitely was), among so many, many others. 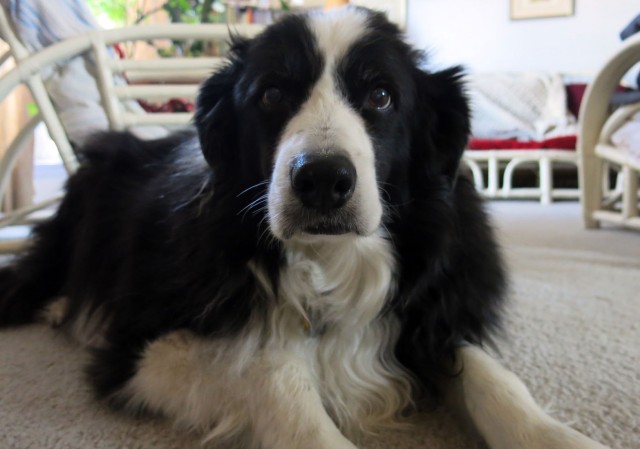 It was really cold today. Like, extremely cold. When we woke up it was nine below zero (-23C), and we didn’t go on our walk until it warmed up to minus four (-20C). It was bracing, let me tell you. The guy I live with made me turn around on the canal road because the wind was up, there, and it was “like a trillion below”, he said, so I turned around. I still got in plenty of sniffing and walked a little way down the creek path before I agreed it might be too bracing.

Today’s post is mostly about indoor stuff, because, well because it is, and the guy I live with said at least some of the posts should be about gardening instead of me, me, me. I don’t see why, but, okay.

Here is “the third wave” of cactus seedlings. The light is kind of bright. They’re under fluorescent lights. 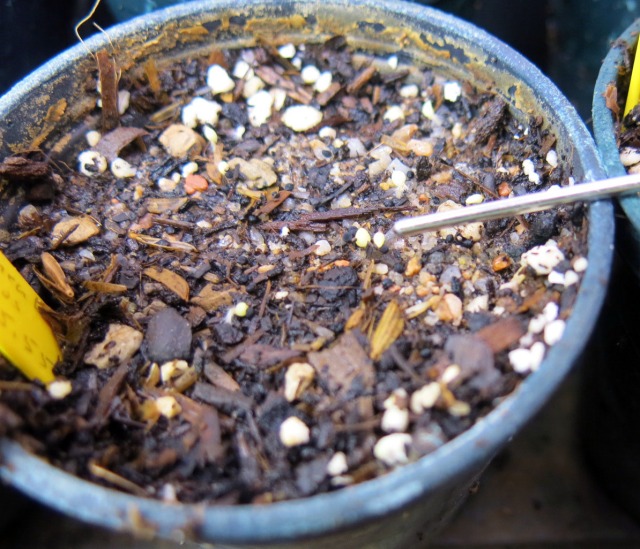 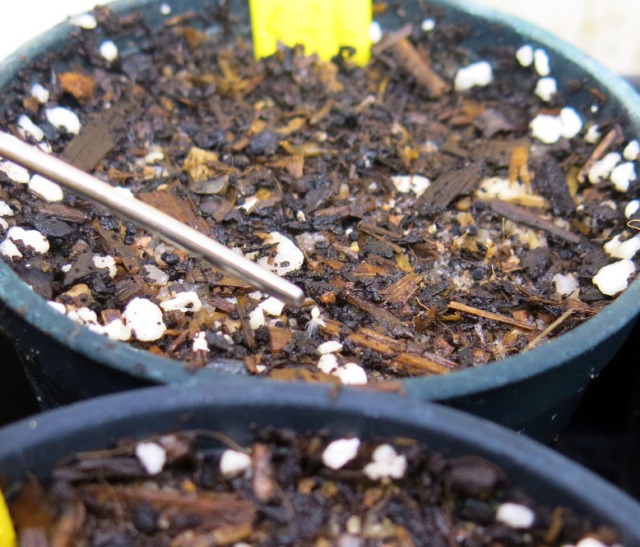 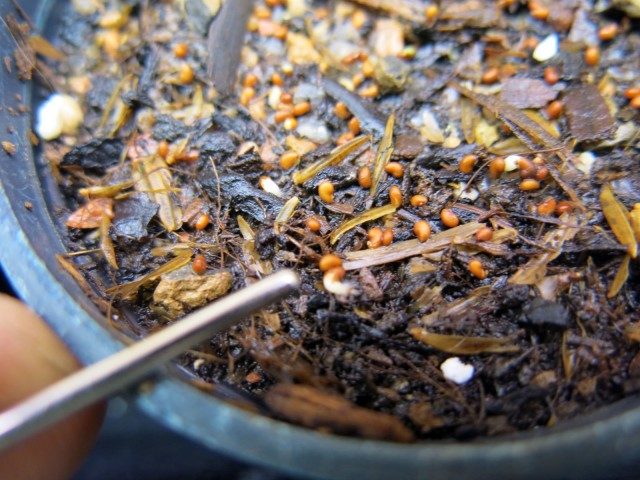 I showed pictures of the second wave the other day, and here is the first. These are year-old plants, which might be bigger if he had a greenhouse and paid more attention, but he says wait until they get their first exposure to sun this spring. Cactus seedlings are sensitive to sunlight so they’re have to be introduced to it slowly. 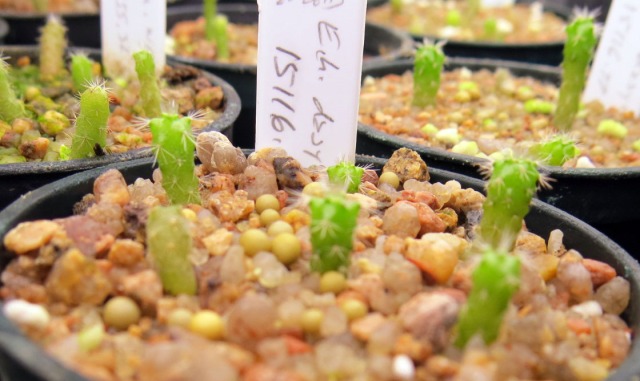 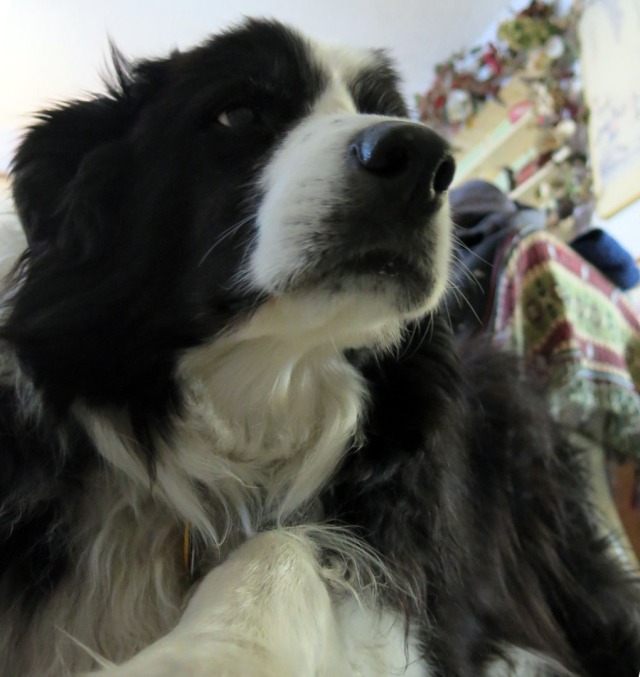 He didn’t use GA-3 on these, and you can see they’re just coming up. The little plants get misted a couple of times a week.

He is using GA-3 on a couple of bunches of seeds. If you’ve never used this, or don’t know what it is, it’s kind of like a growth hormone. This is how much he uses (it’s a powder). 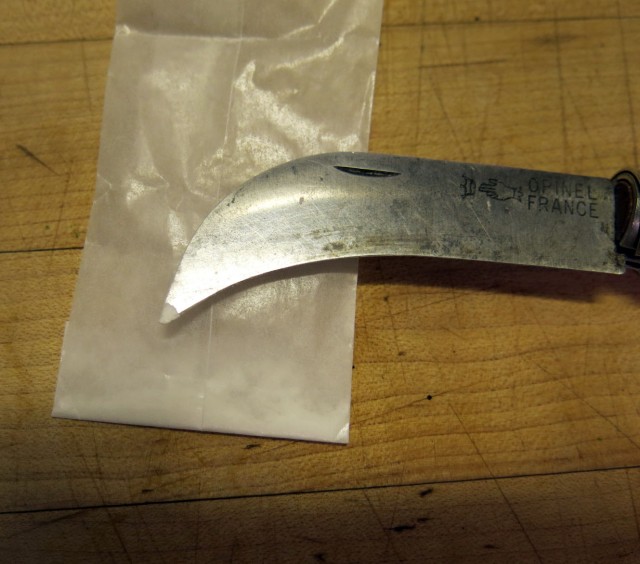 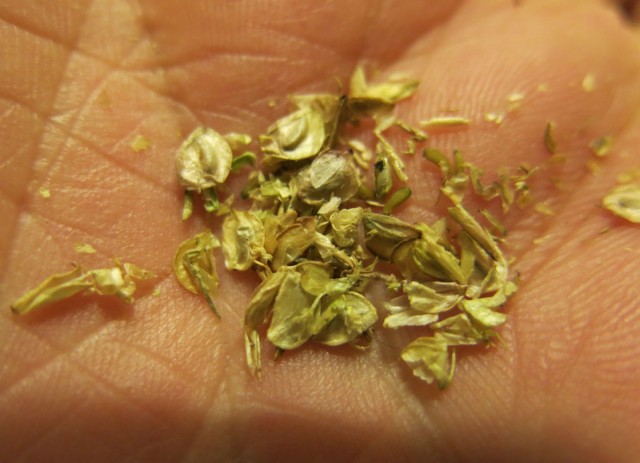 Finally he won, and the seeds went in the tube. Here’s a tube, with seeds of Viola triternata. Warm water was added before the seeds went in, and the tubes will be left overnight for the GA-3 to dissolve and be absorbed into the seeds. The seeds will be sown tomorrow after the GA-3 is diluted and rinsed out, hopefully without the seeds going down the drain too. (It’s funny when that happens. One time he made some pasta and when he poured it into a colander in the sink, the colander fell over and the pasta went right down the drain.) 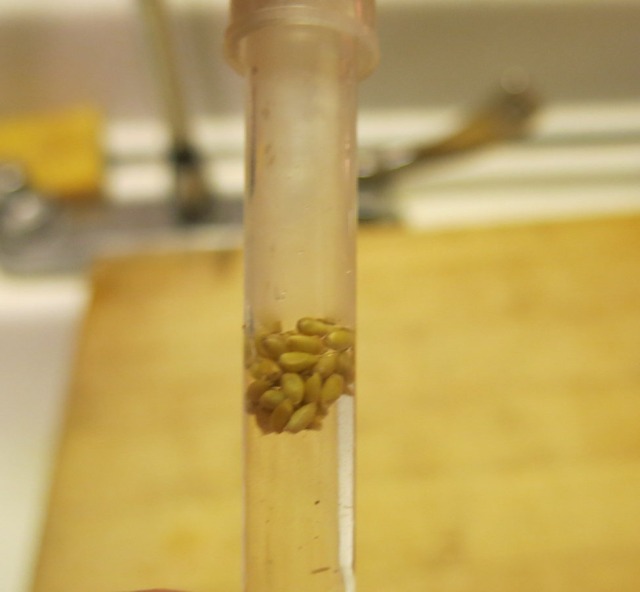 The tubes go into a high-tech holder. “Former Soviet military” said the guy I live with, but it wasn’t that funny. 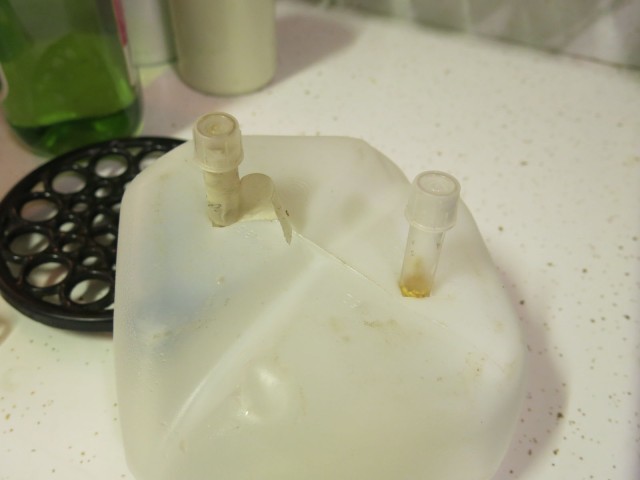 Well, that’s really it for today. See, this wasn’t about me hardly at all. Sigh. 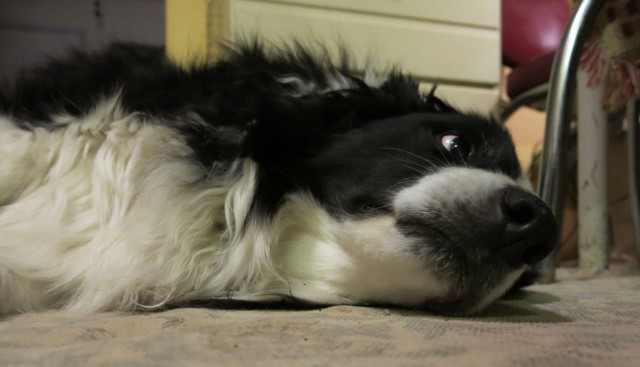 idle
View all posts by paridevita →
This entry was posted in Uncategorized and tagged GA-3. Bookmark the permalink.

11 Responses to the third wave