Hello everyone; yes, it is I, Chess the purebred border collie, yet again, here to bring you the latest news from our garden, and, since I have the opportunity, to make fun of the guy I live with, at least a little. You may remember me from such outstandingly memorable posts as “Baby Blue Jays” and “A Near Miss”, among so many, many others.

Here I am in a characteristic pose. As you can see, I have issues with my ears. I always have had, and when I was a puppy, the guy I live with would constantly say to me “Flaps down”, because my ears were always up. Well, no one is entirely perfect, as we shall see somewhat later. 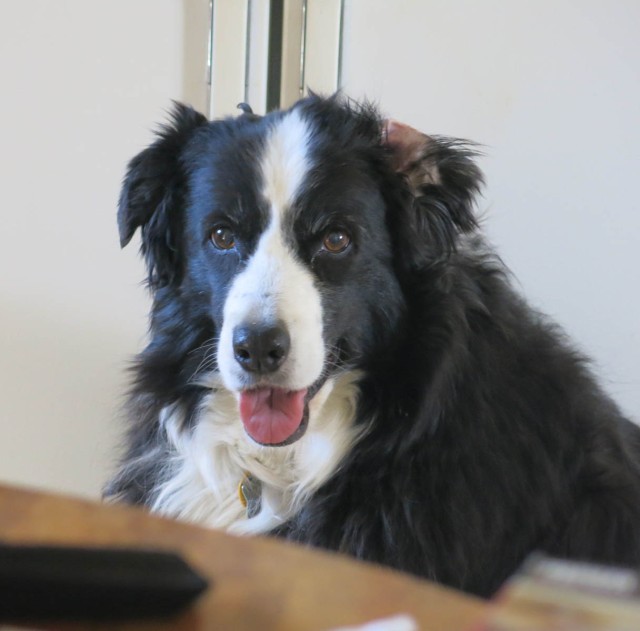 Let’s talk about the gardening stuff first. There are snowdrops. 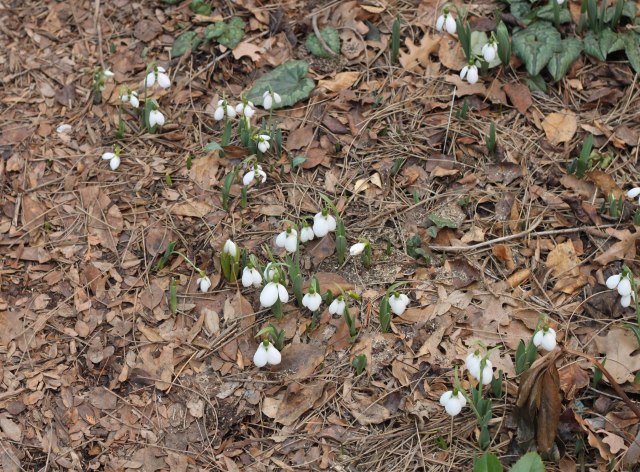 And some that have seeded in.

And back to the forms of Crocus korolkowii. This one is called ‘Lemon Tiger’.

Tiger, because it has stripes.

This is ‘Spring Cocktail’. 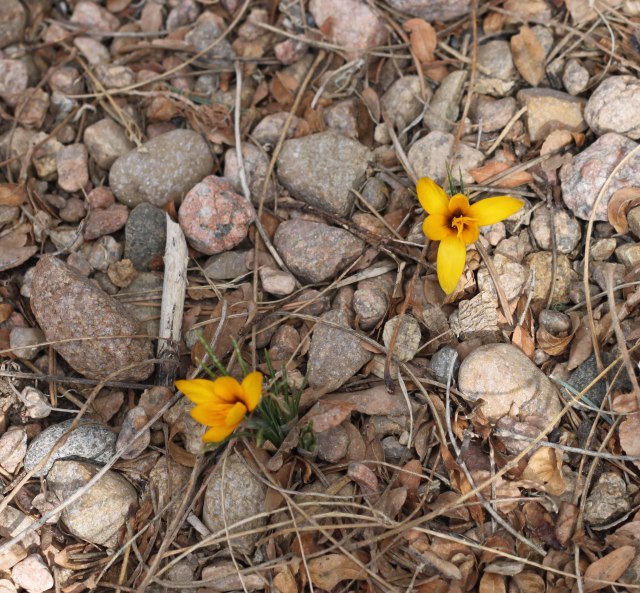 And now, since the weather has been so nice, you can see the raspberry on the buds of Saxifraga × kellereri ‘Johann Kellerer’. Finally, huh. 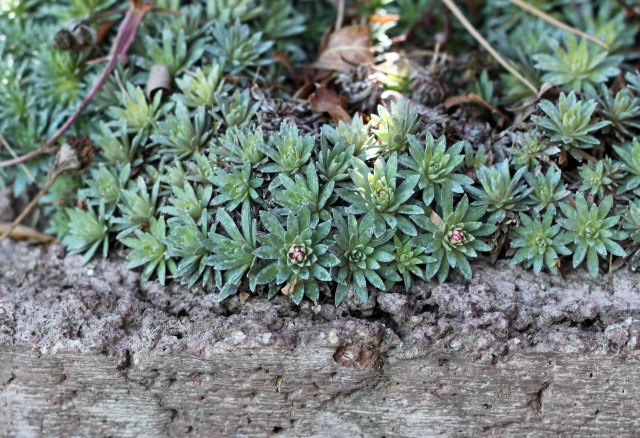 Okay, so that’s the gardening. Now on to the good stuff.

You may recall that the guy I live with has been having some trouble with mice. They don’t bother me so much, but he thinks it would be “bad form” if someone were to come over, and mice were walking all over the kitchen. He had shut the door to the crawl space, and thought that had taken care of the problem.

So, last night, he was sitting here at the laptop, reading something, and a mouse walked into the kitchen, from the living room. He got up, I mean, the guy I live with got up, and the mouse ran back into the living room. Then it disappeared under the couch.

The guy I live with got out the flashlight and looked everywhere in the living room that a mouse might be, and there was no mouse.

“The mice must enter some sort of time-space portal under the couch”, he said, but I didn’t think that was really true.

Now, the guy I live with watches both the BBC program “Sherlock”, and the regular TV program “Elementary” (which he claims is not just because it has Lucy Liu in it), and he also has the DVDs of the Sherlock Holmes with Jeremy Brett, which both he and my mommy liked a lot, and he also read all the stories when he was 14. (Yes, they had books back then.) He says that practically everyone thinks Sherlock Holmes is cool, like practically everyone thinks dinosaurs are cool.

“You know my methods”, I could hear him say to himself, since by now I had lost all interest in this pursuit. “Once you have eliminated the impossible ….” (I think that had something to do with the time-space portal.)

He carried the flashlight downstairs, and this is what he found. Not very focused. Possibly a metaphor. 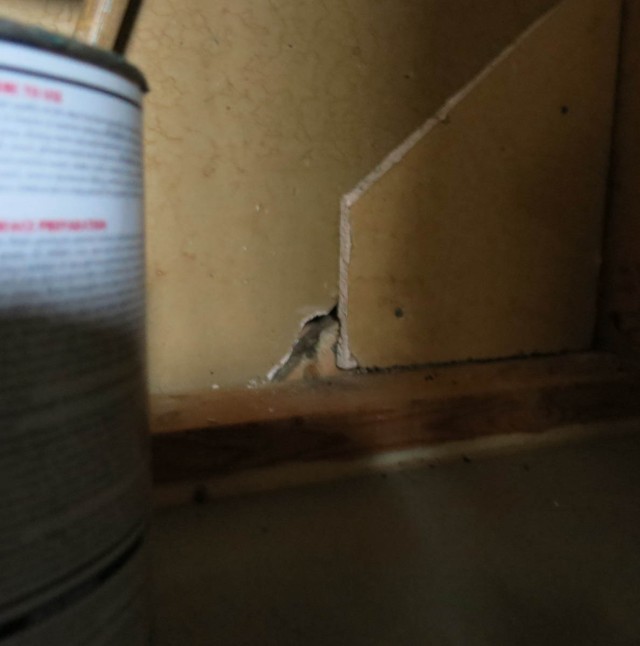 “Upon closer inspection, one could discover definite signs of mousal activity”. Indeed.

“Note, aside from the obvious, the definite signs of the drywall having been chewed.”

He filled the hole with steel wool, and maybe that will be that. Except, of course, to figure out how the mice are getting into the crawl space. He says he’ll leave that for another day. Even after all these many dog-years I can still hear my mommy say to the guy I live with, “Sometimes it’s just exhausting being around you”. That’s what I think, too.

13 Responses to eliminating the impossible