Hello everyone; once again it is I, Chess the purebred border collie, here to bring you the latest and most excitingly up-to-date news from our garden. You may remember me from such exciting posts as “Eliminating The Impossible” and “Fly Away Home”, among so many, many others.

If I look extremely chipper, it’s because I am. The new medicine seems to have helped me a lot, and the guy I live with says I’ve been “puppyish” on our walks. The walks have been excellent, too.

The vet did say that my eyes were cloudy, as you can see, but I don’t have cataracts, which is good. In fact I can see a lot better than you know who.

Speaking of whom, he’s been moving river rock for the last couple of days. The tire on the wheelbarrow burst (the wheelbarrow is older than both of us put together, according to the guy I live with), and so, instead of leaving me at home all by myself to go buy a new tire, he got out the garden cart my mommy bought for him, put some paint buckets on the cart, hauled across the street, and filled the buckets. He says every gardener should have paint buckets. He has a lot.

He spent a little bit of time weeding out cool-season grasses from the blue grama and buffalo grass, which are just starting to turn green, or really bluish. He uses this weeder, which he says is excellent.

I know it says “Mont Blanc” on it, but it’s a Japanese weeder, not very big, and you push it into the ground and rip out the weeds or grass. It’s very effective. I have paws, so I just have to take his word for it. It cost a couple of dollars and came from Hida Tool.

That’s what’s been going on. A little weeding, a lot of rock hauling, and my walks. Plants from Wrightman Alpines and Cistus came today, and the guy I live with planted a bunch of saxifrages, which, unbelievably, he had room for in the troughs, but he saved the rest of the plants so that they can get used to the intense sunlight here. And he decided not to plant the cactus from Cistus (miniature beavertails and stuff like that) because tomorrow it’s supposed to be 74 degrees (23C) but Sunday night it’s supposed to get down to 22 degrees (-5.5C) which the cactus, all puffed up with water and ready to grow, might not like. Incidentally, cactus do sometimes need to adjust to the sun here, too, otherwise they can get badly sunburned. We might show pictures of the miniature beavertails later. They’re cute, and don’t have spines. They do have glochids, though.

He took some pictures of other plants, so, this being at least partly a gardening blog, I’m going to show them now. First off is Aloinopsis spathulata again, taken one day in sun, and then in shade the next. 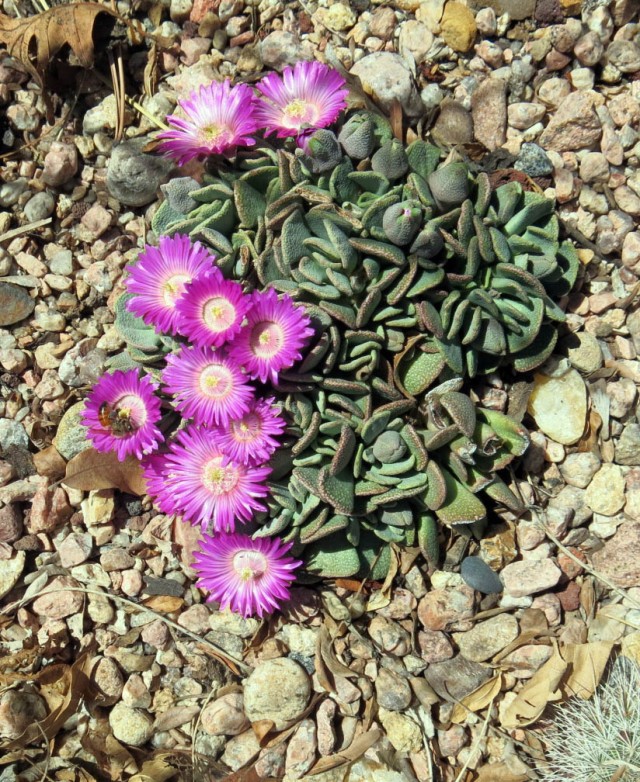 Now some pictures from the rock garden.

harbinger of springtime in the Rockies, Mertensia lanceolata

A little later on, the guy I live with was sitting in the path on the south side of Mount Zot (the main rock garden). I came over to see what he was doing. 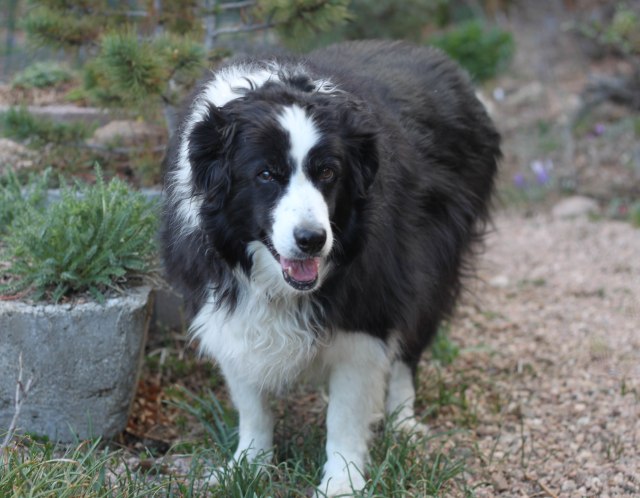 He was taking pictures of cyclamen. Cyclamen coum, to be precise.

I think with this next one he focused more on the aroid leaf in front, but what can you do. I don’t take pictures, because, as I said earlier, I have paws. Cameras aren’t very paw-friendly.

There are lots of Corydalis solida plants blooming, including some new ones from nurseries in the Baltic states, but he took a picture of one that’s been here since long before I showed up here.

Well, that’s it for today. I hope you enjoyed the pictures. If you’ll excuse me now, I’m going to go do what I do best.

idle
View all posts by paridevita →
This entry was posted in Uncategorized and tagged Aloinopsis spathulata. Bookmark the permalink.