Hello everyone; once again it is I, Chess the purebred border collie, filling in for the guy I live with, here to bring you the latest and greatest news from our garden. You may remember me from such posts as “Show And Tell” and “After The Solstice”, among so many, many others.

Here I am in a characteristic pose. That’s a big pine cone there on the left, by the way. There’s a collection of pine cones here. 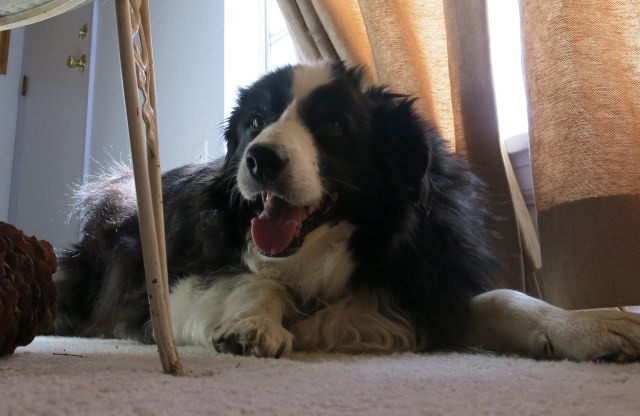 There isn’t much to report today, except that it was really, really hot, and I had to go to the Bad Place to have a sore on my side looked at. The guy I live with thinks I got an awn of foxtail barley (Hordeum jubatum; not listed in Weber), or regular barley (Hordeum vulgare), or some kind of foxtail, in my side, and it got sore, but now I have an ointment and stuff. The guy I live with says that for someone who doesn’t do much, I lead a very exciting life.

Anyway, the biggest deal besides me having to go for a ride is that the guy I live with says we have black-chinned hummingbirds now, and he got all excited when he was out with the camera and one flew to the Penstemon centranthifolius. This isn’t a really good black-chinned hummingbird picture, but it proves we have them. The guy I live with says this reminded him of “The Doubtful Guest” by Edward Gorey, but I guess you’ll have to judge for yourself. 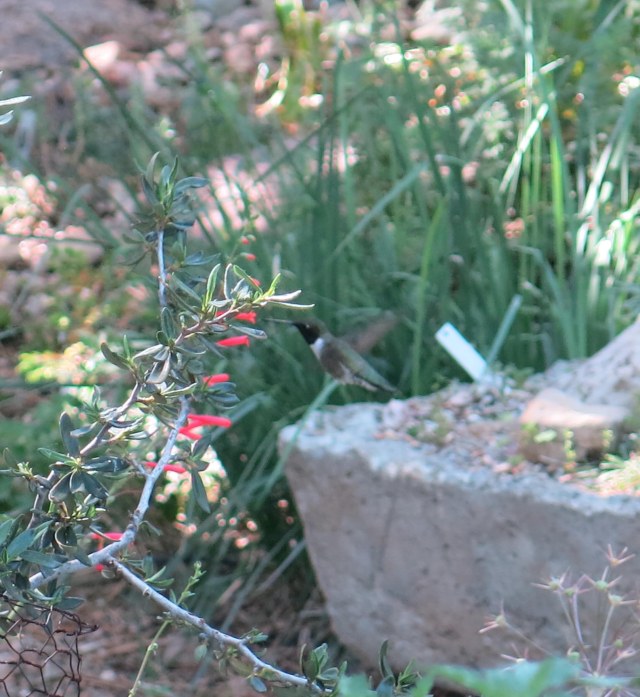 The reason why this picture got taken was that he was out inspecting his lawnmowers. That’s right, plural. You know how everyone talks about “sustainability” and things like that, well, these are like the ultimate in sustainable lawnmowers. They work for free, make no noise at all, and cause no pollution.  It makes the guy I live with feel all green and progressive and stuff like that. The lawnmower might be hard to see here. 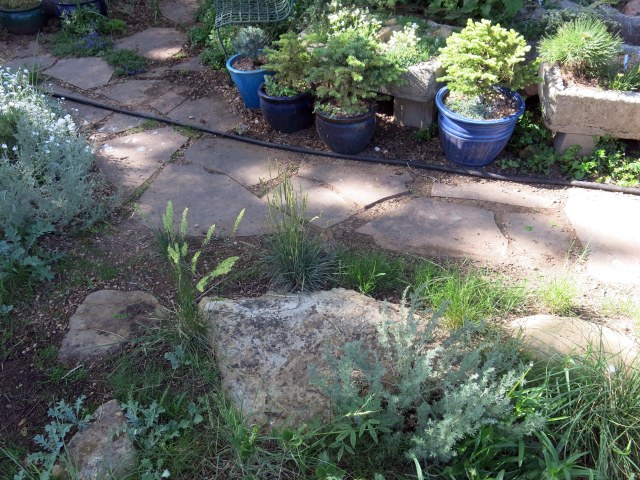 See it now? Not only sustainable, but little. 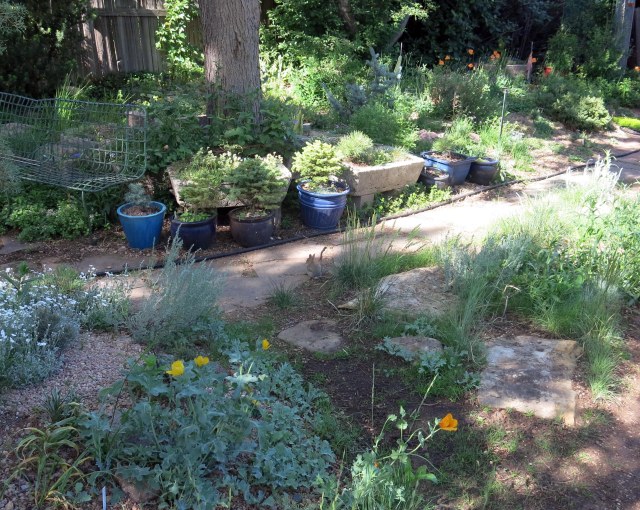 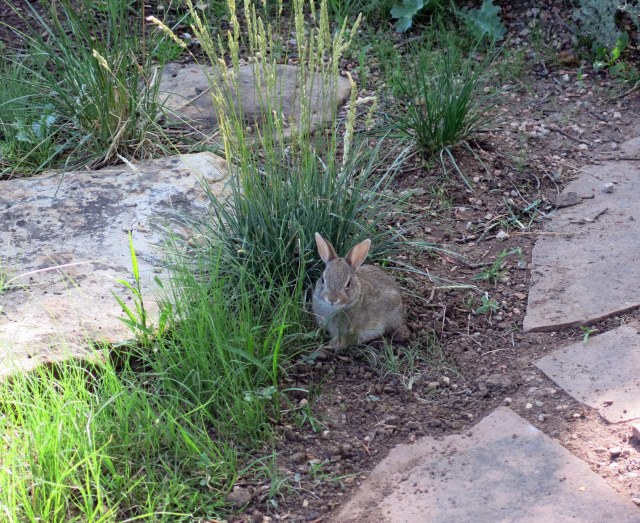 The thing is, the lawnmowers cut down the grass, adding fertilizer as they go, and then, especially if it’s buffalo grass (which this isn’t), it sends out new runners within a couple of days, so the lawnmowers actually help the grass to spread. It’s this symbiotic relationship, and besides, the little lawnmowers are pretty cute.

I guess it make sense, right? Grass was meant to be eaten by someone. I even like a snack sometimes, even though I get criticized for “acting like a cow”.

Here’s one of the sustainable lawnmowers working on some weeds. 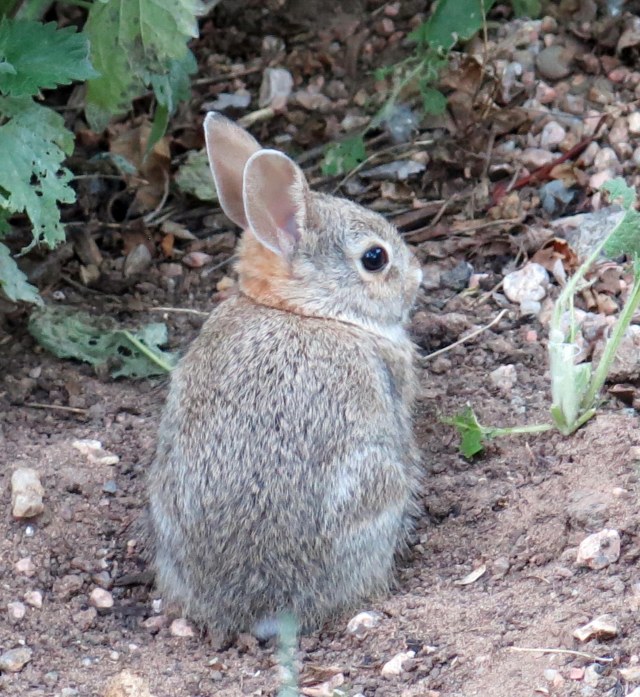 And remember the baby robins? They left the nest. 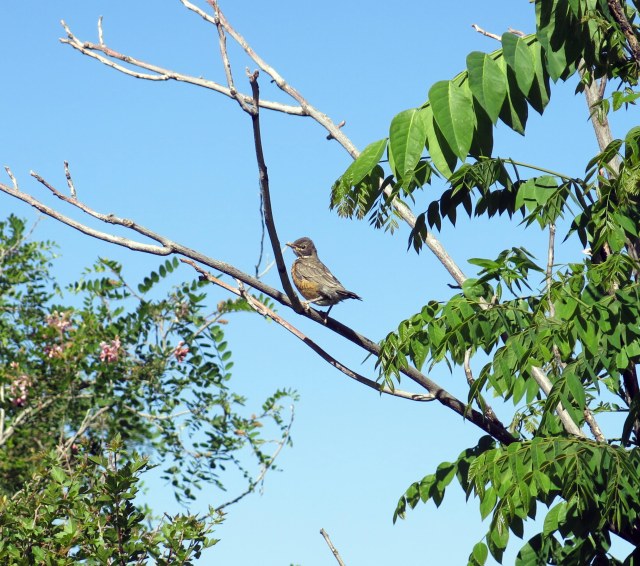 They still rely on their parents for food, so the babies follow their parents around, when they’re hungry. I follow the guy I live with around when I’m hungry, so I get that part.

One last wildlife picture. This is Pearl, eating sunflower seeds. 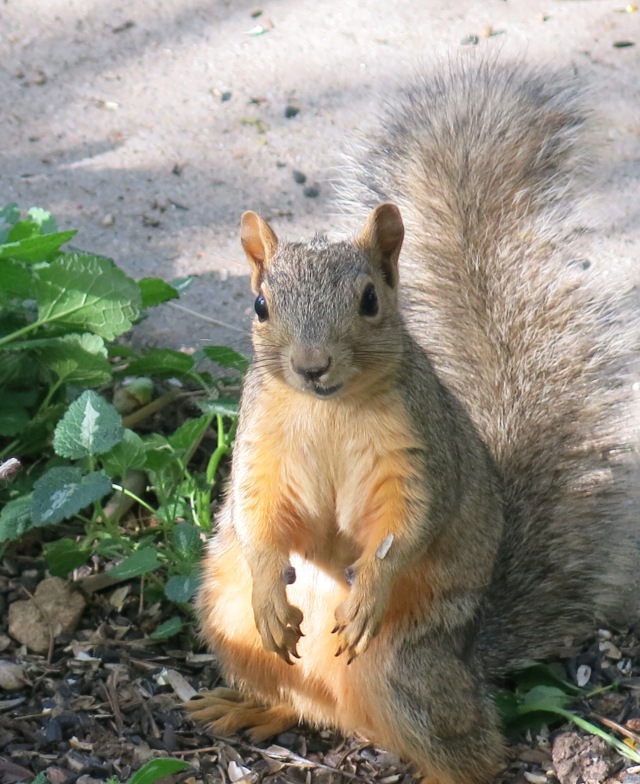 That’s it for today. One of the good things about this climate is that even though it gets really hot during the day, it cools off nicely at night. I don’t know about you, but I’m ready for bed. 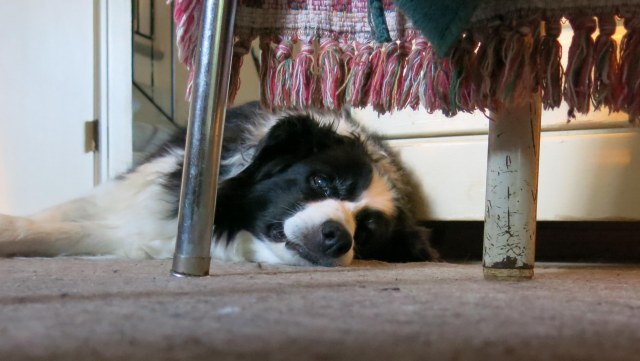 idle
View all posts by paridevita →
This entry was posted in Uncategorized and tagged sustainable lawnmower. Bookmark the permalink.