Hello everyone; once again it is I, Chess the long-suffering purebred border collie, here to bring you the latest news from our garden, and also to do a bit of complaining about the weather. You may remember me from such posts as “Gloomy Weather” and “Weather And Other Complaints”, among so many, many others.

Here I am in a characteristically weather-related pose. 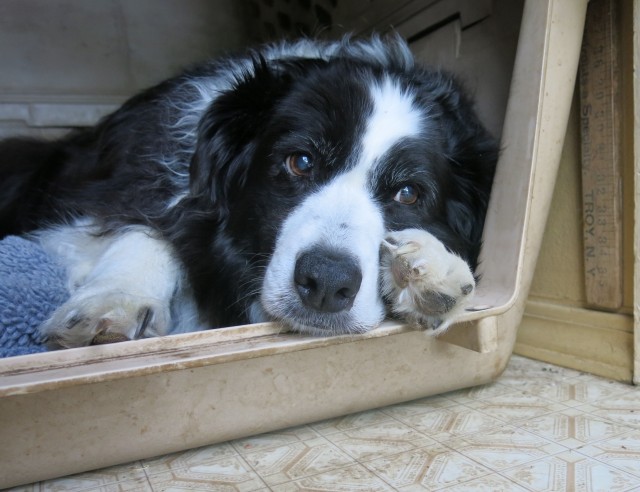 Not very much gardening has been going on lately, because the guy I live with says it’s “too dark and humid” to do much of anything, and I would agree. We’re both very good at doing nothing, if you didn’t know.

It thundered a lot today, again, and I had to have my dinner in my fort, which, really, wasn’t all that bad.

We do have some wildlife pictures, however. This new creature appeared on the screen door. They get brown when they get older.

The guy I live with has been trying to get pictures of the orioles, of which there are a lot in the back yard, but he says they’re very skittish, so he has to use the zoom on the point-and-shoot, and then blow it up, sort of.

Maybe some time he’ll get better pictures. They eat a lot of jelly.

Speaking of which, the guy I live with was all up in arms early this morning, because a squirrel was stealing all the grape jelly out of the other feeder, so he had to move it. He says he almost got hold of the squirrel’s tail. I don’t know what would happen if he did. He would probably have to wash his hands, though, before touching me or my food.

Squirrels really aren’t good for much of anything, and I certainly believe they don’t belong in containers.

What else? Oh, hey, I know. I have another movie for you tonight. It isn’t all just darkness and gloom here for day after day; sometimes it does rain, along with everything else.

(By the way, he tested this movie, like he does all of them, and said it skipped a little, but maybe it won’t do that for you. He replayed it, and it was okay.)

I guess that’s all I have. No flower pictures today, because the guy I live built a ramp for me to get up the stairs at bedtime. I haven’t tested it yet, but we think it will work. I’ll let you know. 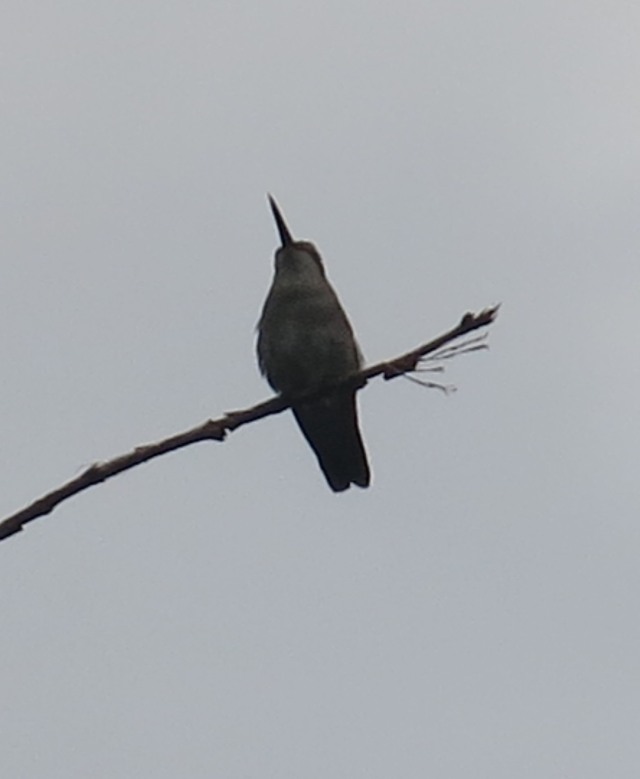 idle
View all posts by paridevita →
This entry was posted in Uncategorized and tagged Bullock's oriole. Bookmark the permalink.