some flowers, for once

Hello everyone; yes, once again it is I, Chess the purebred border collie, Chess the weather-traumatized border collie, filling in for the guy I live with, and here to bring you the latest news from our garden. You may remember me from such posts as “Guess The Weather” and “It Raineth Every Day”, among so many, many other weather-related posts.

Here I am in a characteristically traumatized pose. I was sure I was going to be hit by lightning today, but as you can see, I wasn’t. 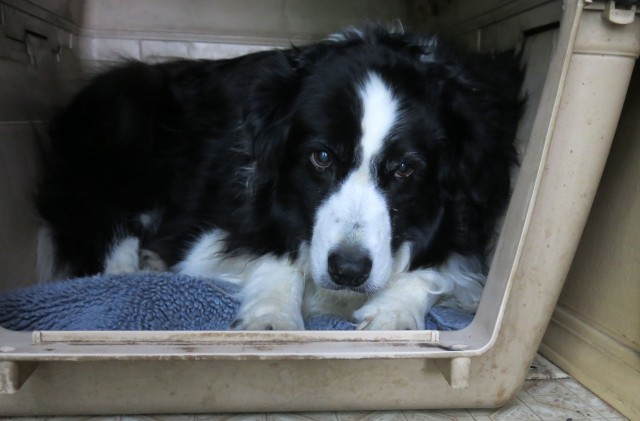 This what my back yard looked like around one in the afternoon, yesterday. It thundered for hours yesterday. 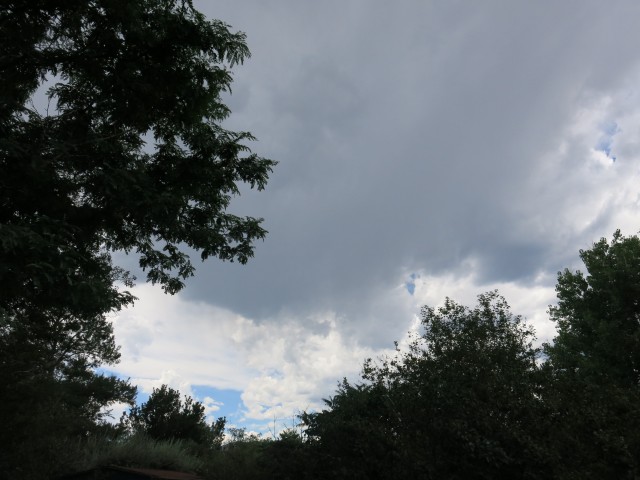 What it looked like at the same time, today. 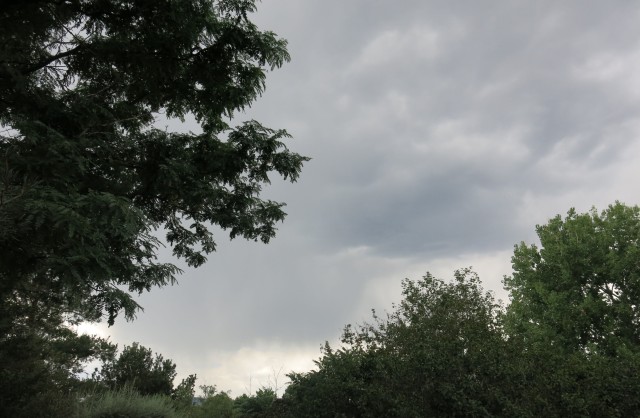 And right before my dinner time. It thundered for hours again today. 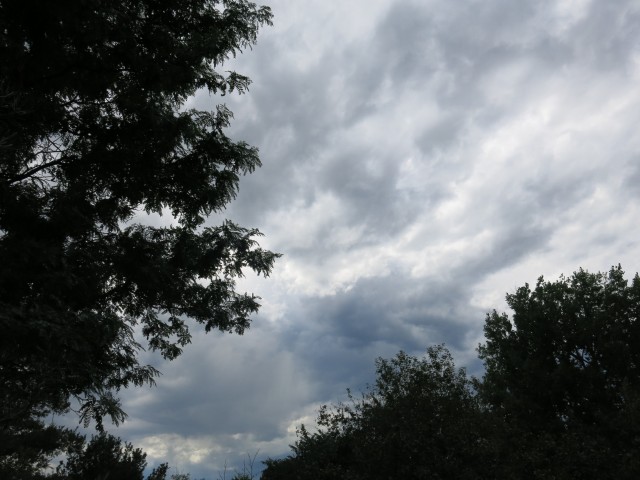 I was fairly bummed out, as the guy I live with says they used to say in a time called “the Sixties”. 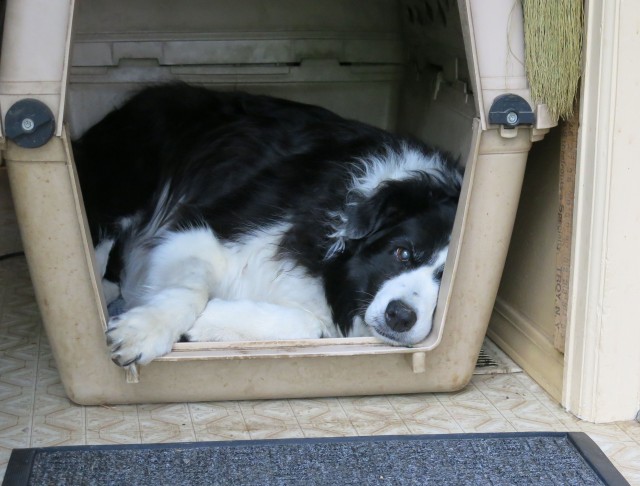 The guy I live with, though, went out into the garden, “to fearlessly take pictures”. Ever since he read that the split infinitive was a made-up rule, he splits them left and right. He said the blog could use some flower pictures, for once. “To easily give it more class.”

He bought a bunch of oreganos from a mail-order nursery in California a couple of years ago and either lost the labels or buried them with the plants. I know, hard to believe. 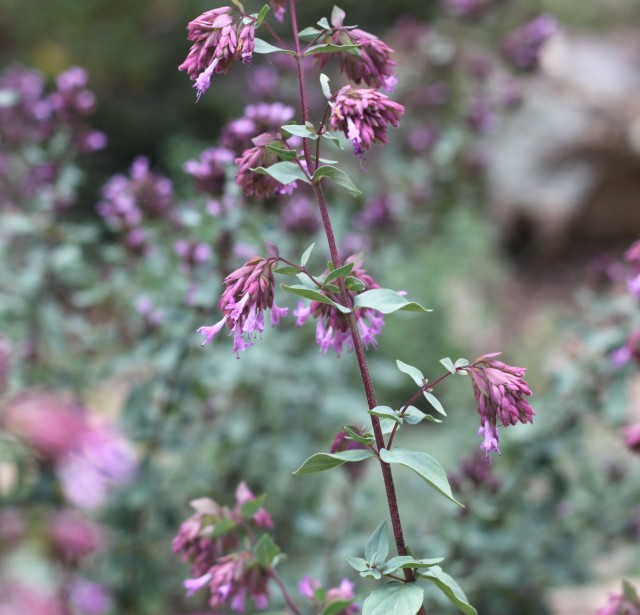 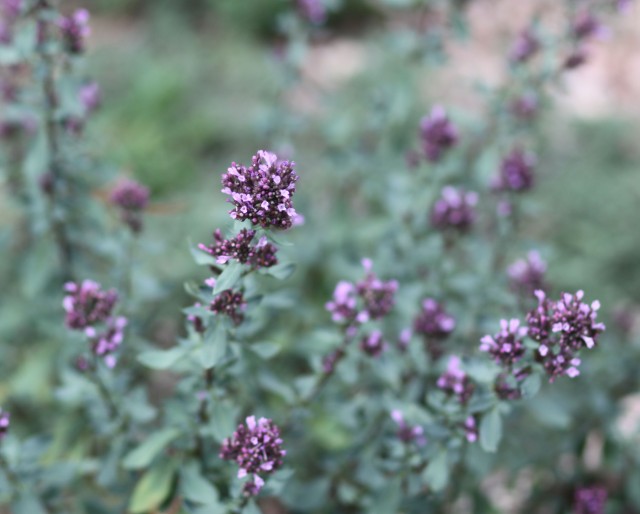 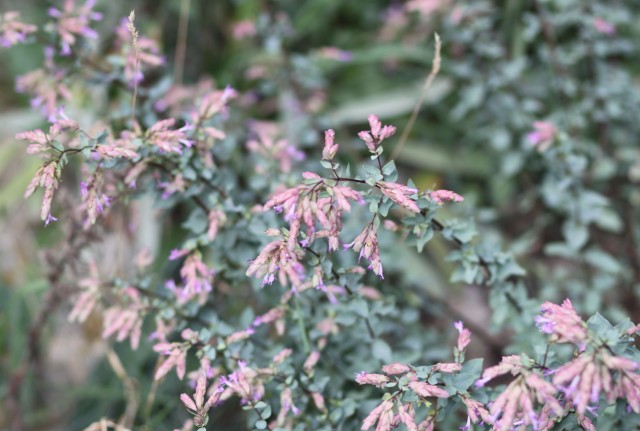 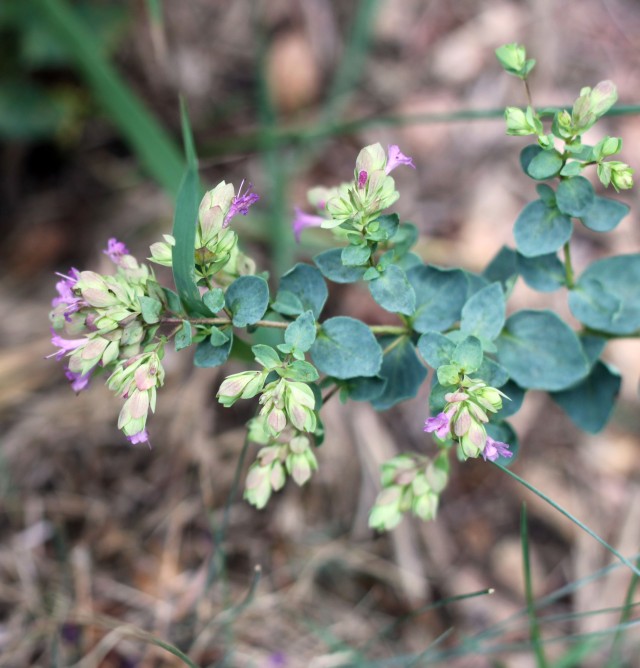 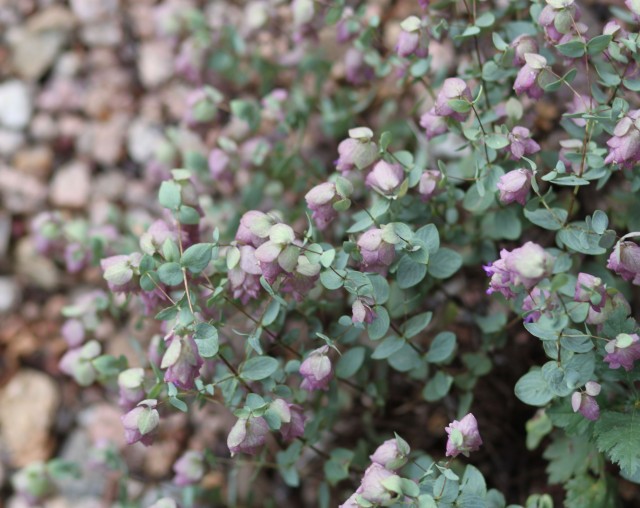 Here’s Salvia ‘Maraschino’, a hybrid between Salvia microphylla and S. grahamii. The guy I live with says that S. grahamii (and S. lemmonii) are now considered to be S. microphylla, so this is a hybrid with itself, I guess. It likes a lot of water at this time of year, and might be better in one of the sand piles. (This was supposed to be in focus…..) 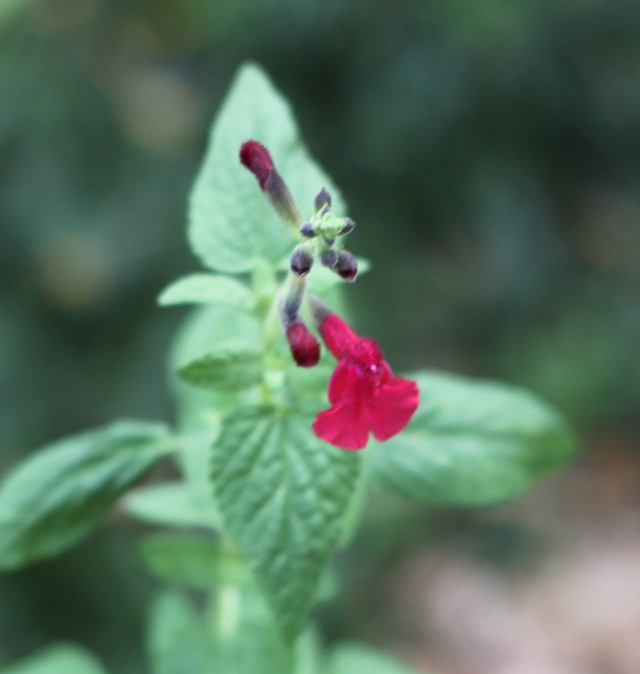 A salvia which was labeled ‘Dark Dancer’, but it isn’t. It’s been here for ages. (Flower of Achnatherum scribneri, grass, on the left.) 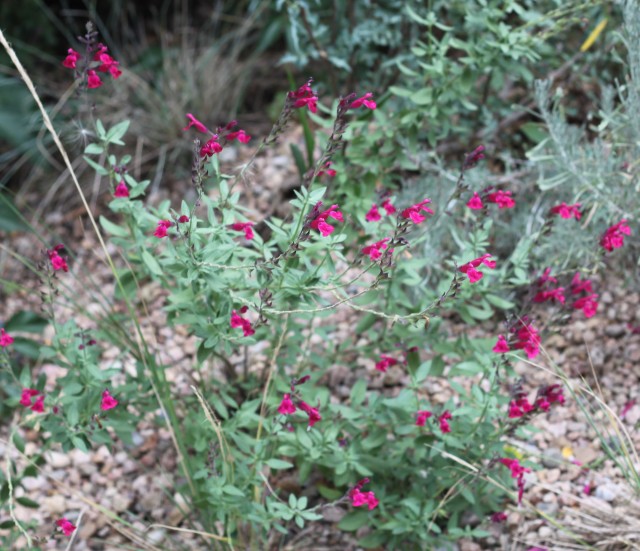 An agastache of the A. cana type. 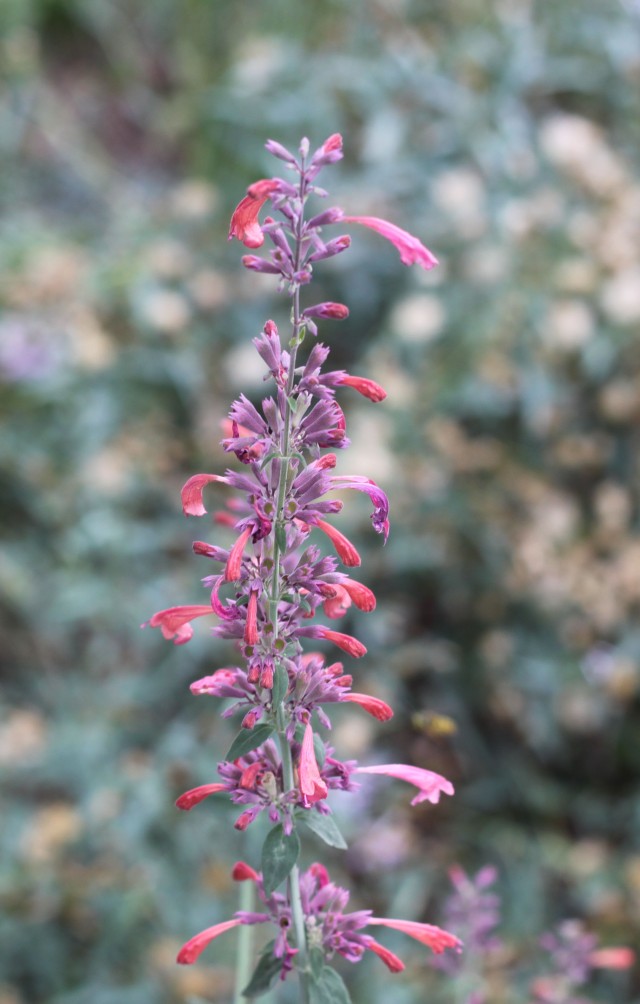 Coronado Red, again. Also not hugely in focus. I should learn how to take pictures, I think, because my eyesight is certainly better than you-know-who’s. 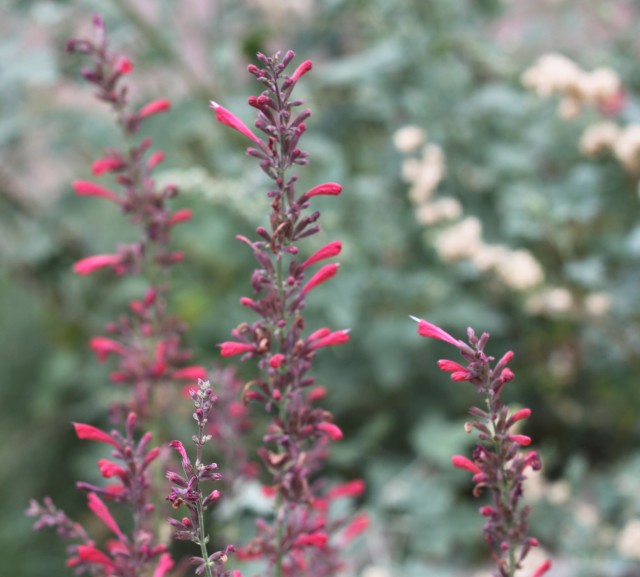 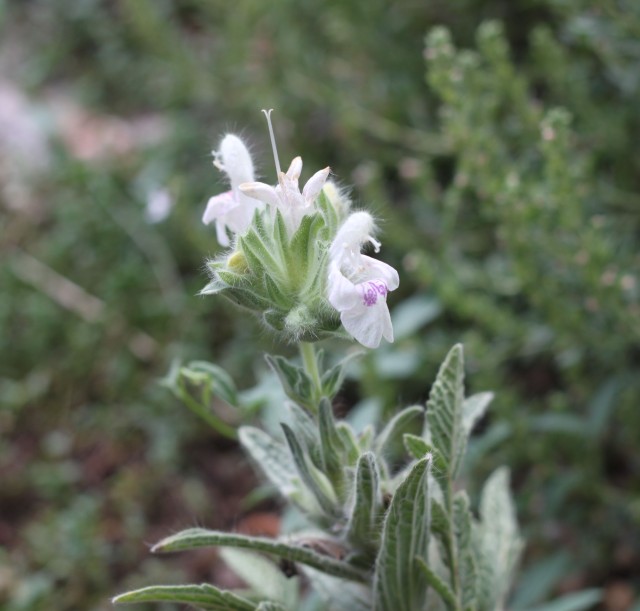 Incarvillea olgae. This is a tall one, but could use more water…. 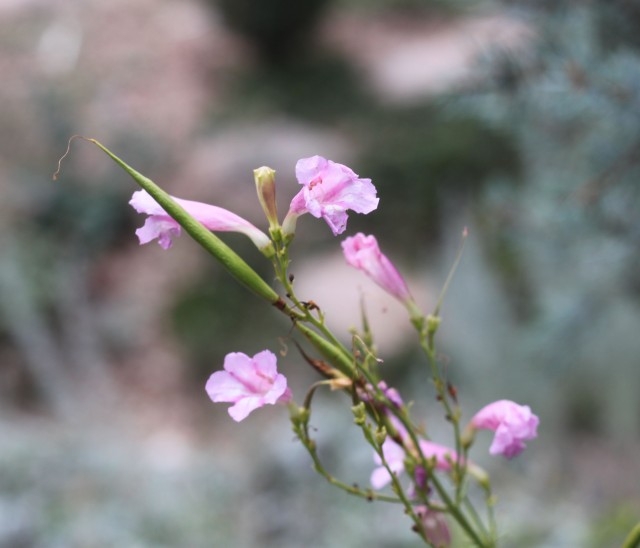 The first of the Cyclamen hederifolium. 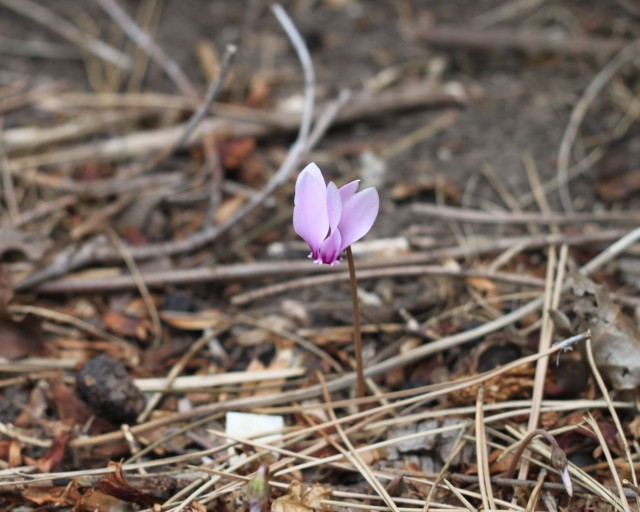 The sphaeralceas in the way back. The flag is to remind the guy I live with to water something he just planted. Oh, I know, Asclepias latifolia. 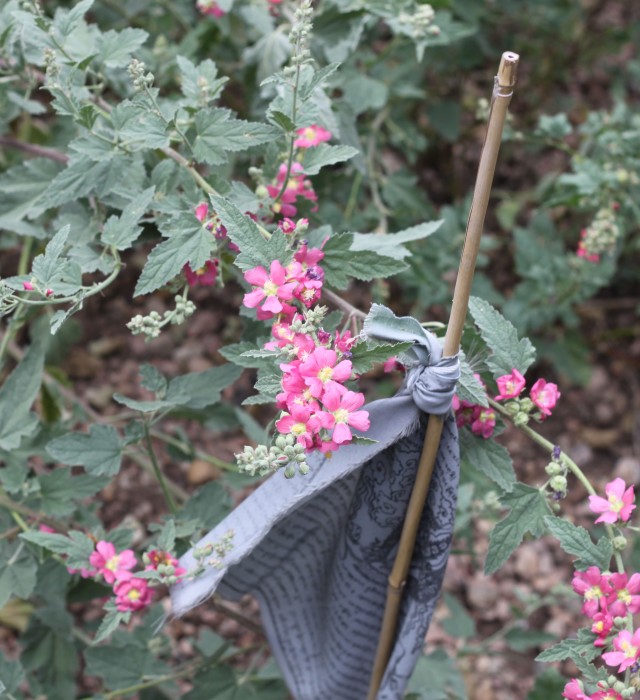 The big orange one, again, that he now thinks might not be Sphaeralcea incana, though it looks mighty like it. 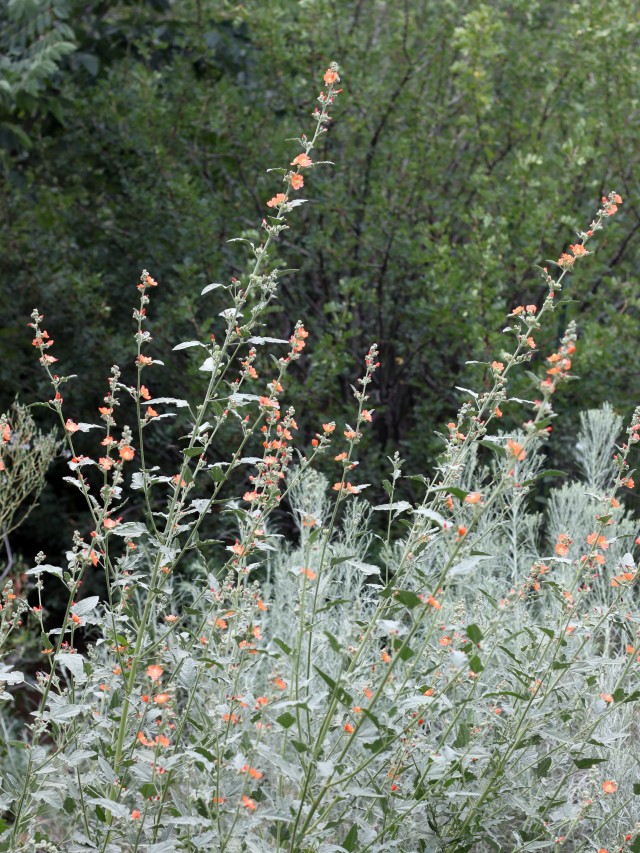 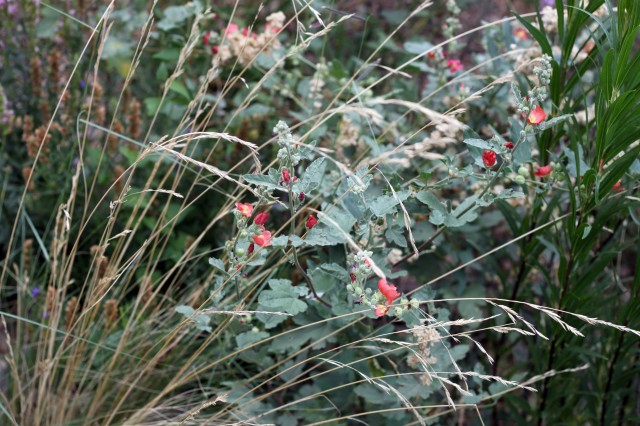 Okay, that’s all the flowers. The guy I live with says it might be nicer if it rained instead of just thundered for hours, but you can’t have everything. Eventually the clouds headed east “where they belong” (so farmers can get the rain, he says), and I got to go on my afternoon walk. (The guy I live with said that was a metaphor. I’m tired of metaphors.) Look how green the weeds are. 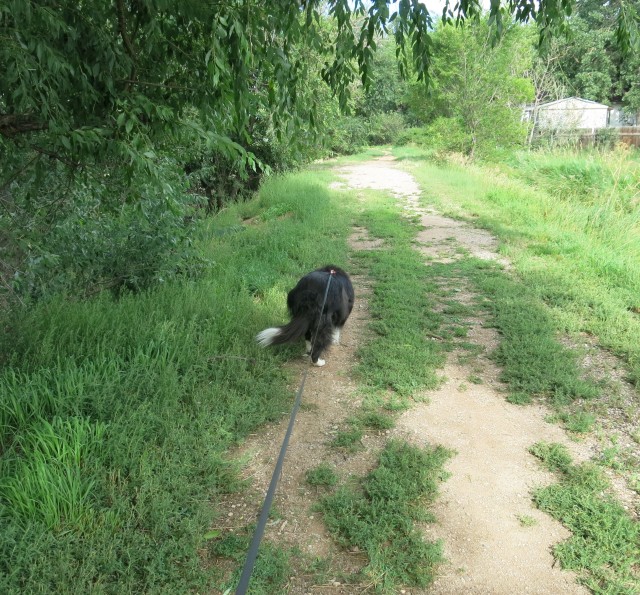 I guess that’s all for today. 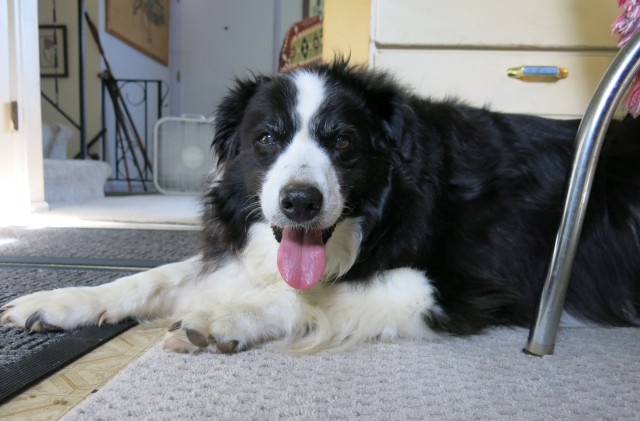 idle
View all posts by paridevita →
This entry was posted in Uncategorized and tagged cyclamen hederifolium, Incarvillea olgae. Bookmark the permalink.

10 Responses to some flowers, for once