seeds from the past

Posted on December 6, 2014 by paridevita

Greetings and salutations, everyone; yes, once again it is I, Chess the purebred border collie, filling in for the guy I live with, and here to bring you the latest news from our garden, even if it isn’t all that interesting to me. You may remember me from such posts as “Bright White” and “Drip Drop Drip Drop”, among so many, many others.

Here I am in a characteristic pose. That cardboard box behind me is the source of all the excitement today. Not on my part, of course. 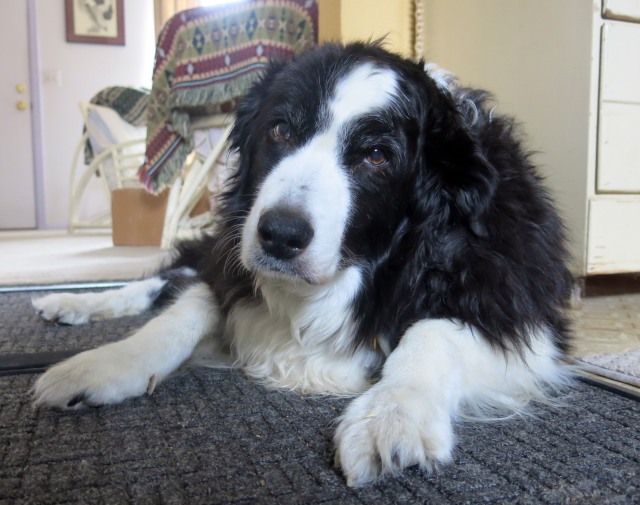 You may have noticed that I haven’t posted for a while. The reason is that I’ve been really sick (this hasn’t been my year, has it?), and the guy I live with even went out in the dark to get me an antibiotic, but now I’m all better and things are pretty much back to normal. It was just a flare-up of the thing I have, with my tummy and so forth.

Well, anyway, since the cardboard box was set on our front doorstep, by what looked like a not very happy delivery guy (the label on the box said “heavy“), the guy I live with sprang into action. Of course it took him hours to spring, but eventually he sprang. This was in the box.

He said he was going to screen it, but I noticed he didn’t, and I understand that it isn’t all that important, but he said he might screen some later.

They’re pretty prickly, and one of their common names is “spikethrift”, because of their prickliness. They make these huge domes which look kind of odd in the garden.

The first thing that was done was pots were filled with the mix he made, and then soaked in a dishpan full of warm water, and left outside overnight. That’s why he has all the dishpans.

Then the seeds were sprinkled on top. (I know, this is a different dishpan.) You’ll notice that some pots have a few seeds, while others have a bunch. This is because they’re old seeds, and each pot represents a different packet of seeds. And even, in most cases, a different species, though acantholimons do all look a lot alike. 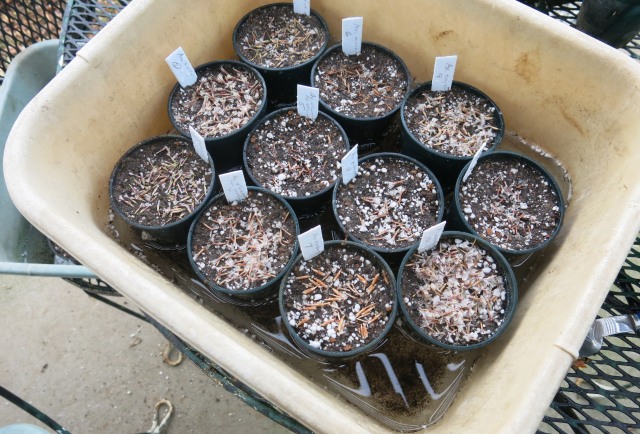 Then the pots were “top dressed” with the granite. Those are B.E.F. Grower’s Pots, which you can’t get any more, and which have remained outside for twenty-five years. 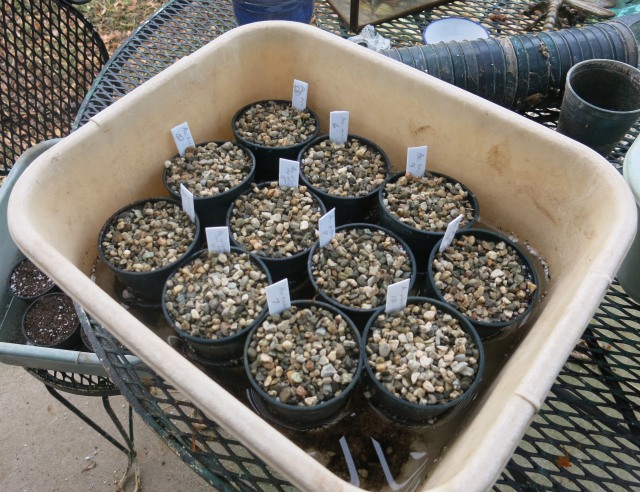 Then the pots went into a frame, where they’ll stay until next spring. The ideal would be for a bunch of snow to be piled on them, but we don’t have any snow here right now.

(Those green tufts in the lower right are Lilium candidum.) 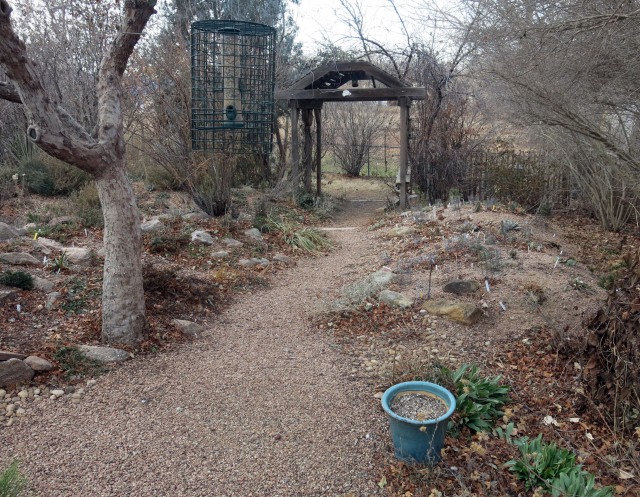 There was even a crocus flowering today. Crocus tournefourtii. The reason for the cage is that rabbits like to eat the crocus foliage, and that makes the guy I live with, um, hopping mad. I think I’ve said that before, but it’s still funny.

In other news, after the guy I live with looked at the instructions for germinating the old oncocyclus iris seed he got, the seeds began to germinate in earnest. He’s fairly obsessed with this. You may wonder what’s up with all the ancient seed here, well, he got a lot, that’s what, and he’s been sowing it. The seed with an impervious coat is more likely to still be viable (like the irises), he says, but he’s going to sow everything, because you never know.

He spends so much time fiddling with the irises that sometimes I wonder if he likes them better than he likes me. I know that can’t be true, though, because of all the cuddles I get, and the irises don’t get cuddles.

12 Responses to seeds from the past