Greetings and salutations, everyone; yes, once again it is I, Mani the not-as-tiny-as-earlier purebred border collie, filling in for the guy I live with, and here to bring you the latest news about our garden, and of course about me. You may remember me from such posts as “Passing The Time”, among quite a few others now.

Here I am in a characteristic pose. As maybe you can tell, the guy I live with is telling me to sit still, which I don’t really like to do, since there’s stuff to be done.  You can also see how long my legs have gotten, and now I can stand up and swipe stuff off the cutting board.

But anyway, since the last time we met, when you might have noticed that it was sunny, it’s been dark and raining and thundering pretty much constantly. I went to Day Care yesterday and it rained for most of the day. They have a roof, so that was okay. I like the rain, though.

The guy I live with doesn’t make fun of my radar ears, because he had another border collie with radar ears, as you can see here. 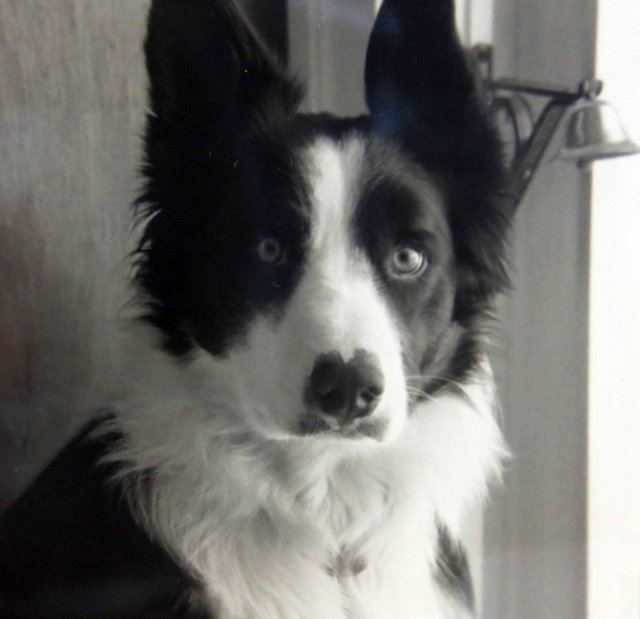 That was my Uncle Pooka, whom I never knew. He always looked worried about something. The guy I live with said it was the mustache that made him look that way.

Oh, and if you aren’t on Facebook, the guy I live with posted some pictures there of my new neighbors. They’re pretty interesting. 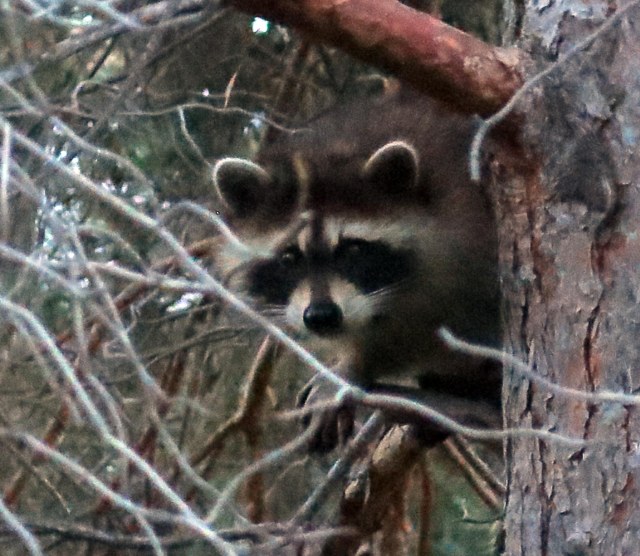 All the rain, or possibly I should say the fact that it only dried out for a day or so in the last month, means that it’s gotten really jungly here, according to the guy I live with, who also says it’s hazy because of fires “up north”.

He took some pictures to show just how jungly it is here. But first, maybe I should explain why everything looks so pink. This is why. Red Rocks is not very far away. 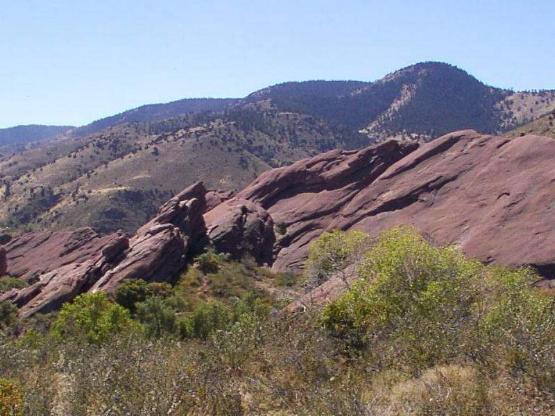 Anyway, back to the jungle. That’s Yucca rupicola flowering there. 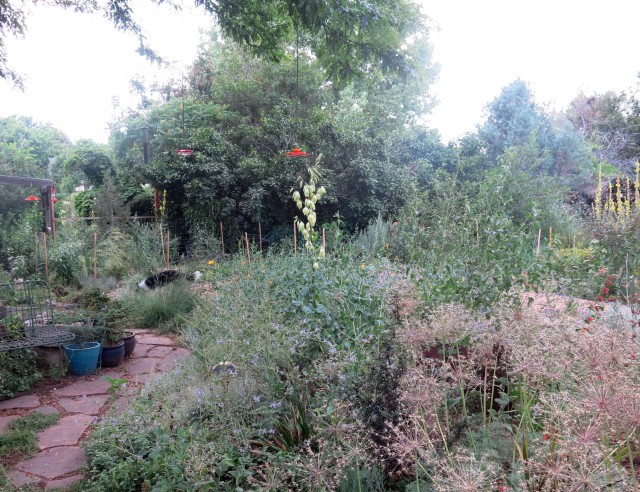 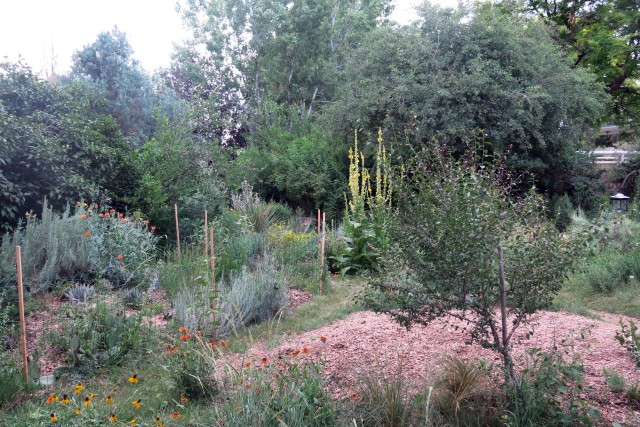 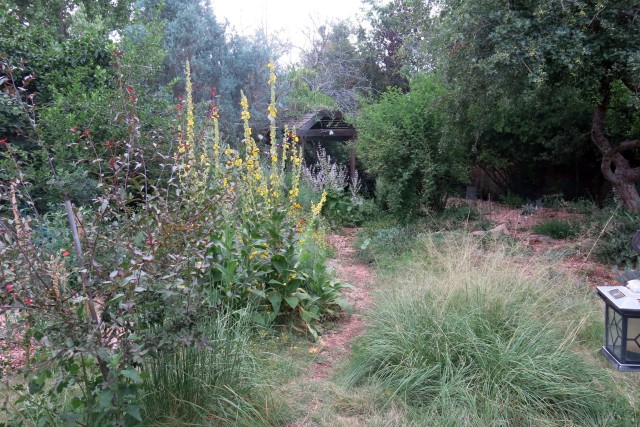 That’s Yucca pallida at the end of the path.

A picture of the north path didn’t get taken like it should have, because there you would see that this year there isn’t any path at all, just jungliness.

The “way back” is super-extra jungly.

You need a guide to find your way through. 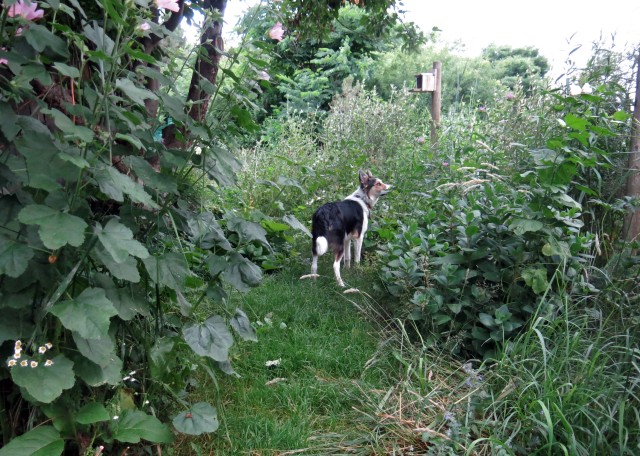 So that’s why I haven’t done much posting. It’s been raining, and all hazy and jungly here. The internet was out for a while, too. We mostly take naps, and I listen to the guy I live with complain about the darkness. I’ve discovered that things go easier if ignore him.

18 Responses to hazy and jungly