Greetings and salutations, everyone; yes, once again it is I, Mani the somewhat little, though at the same time fairly substantially large, purebred border collie, filling in for the guy I live with, and here to bring you the most up-to-date news from our garden. You maybe remember me from such posts as “Another New Toy”, among so many, many others.

Here I am in a characteristic pose. The usual biscuit-on-the-head ploy.

I know the blog has gone postless for a while, but that’s apparently because the guy I live with is suffering from spring fever, which I guess is a fairly harmless disease, but makes him all obsessed and interested in things, instead of his usual way of doing, well, next to nothing.

Here are some pictures to prove it. The guy I live with says the snowdrops are “late”, which I guess maybe they might be, not having been paying attention last year, but whatever he says, right? 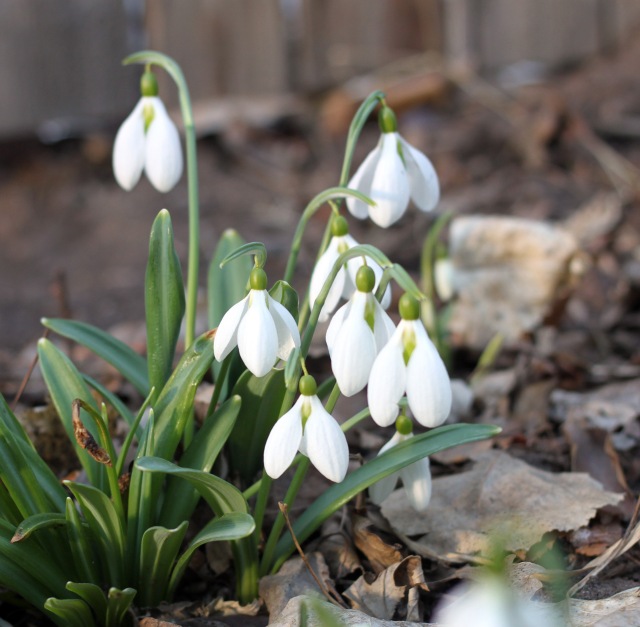 Remember when the guy I live with bought a hundred snowdrops? This one, with the green tips, was part of that batch. He said they don’t come with green tips unless you pay a lot extra. 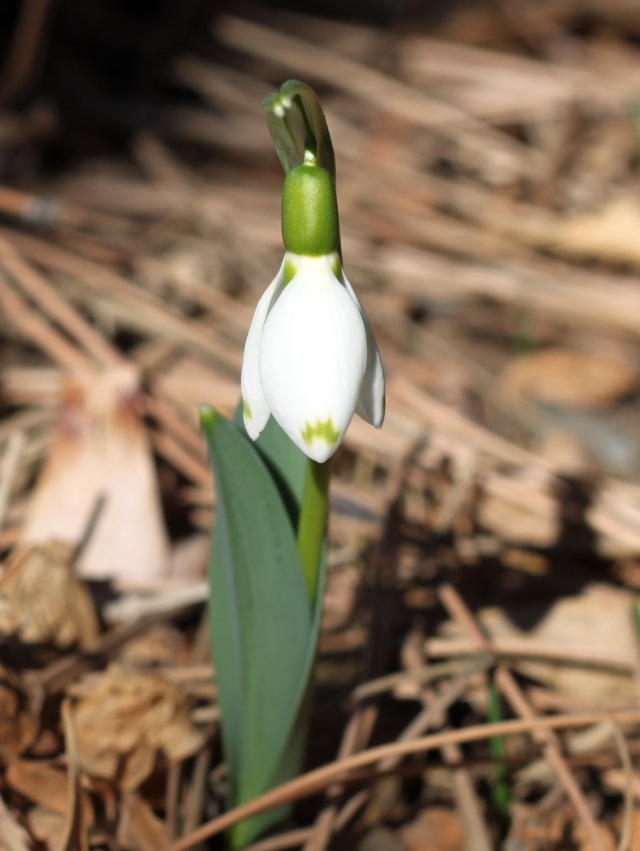 And there are lots of cyclamen.

And crocuses. There are lots of different crocuses in the garden here, I understand. 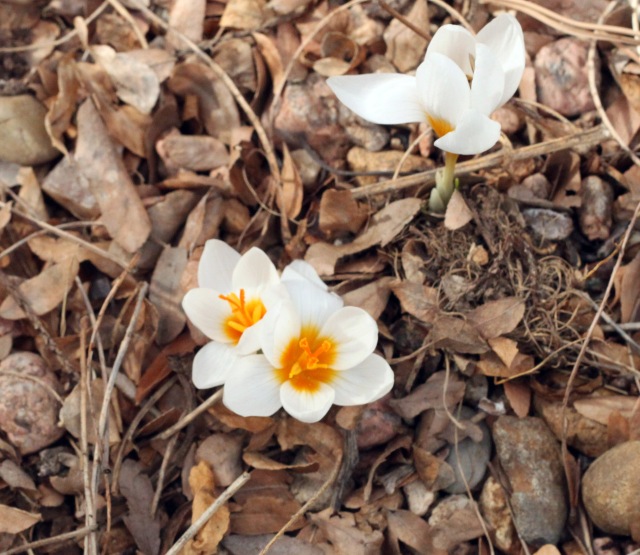 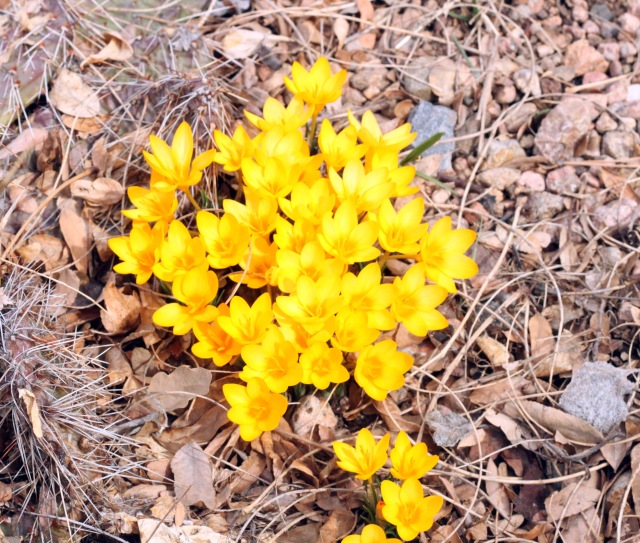 If you ask me, though, there are a lot more interesting things than that. Like, the other day, I was headed out the door on my morning walk, when all of a sudden here comes Norm, trotting down the street.

I wanted to meet Norm and made the guy I live with (who kept saying “No”, which sounds and awful lot like “Go”) walk very fast. He’s kind of ancient, you know, and so doesn’t walk as fast as I’d like, even when I tried to walk sort of sideways to drag him along behind me so I could go faster. The guy I live with forgets that I get excellent report cards at Day Care and actually know what humans call “commands”, though they’re really just suggestions, and he never uses any of them, so I just forge straight ahead.

We followed Norm down the path, but then he headed south, along the creek path, which the guy I live with said that really, he, and his pal Celeste, had made over the years, from their den far to the south of here, but suddenly Norm turned around and headed back north, so I tugged and tugged, and made the guy I live with follow me, since he was holding the leash, so he had to go with me. The guy I live with said that Norm was afraid of him, not me, and that Norm was actually slightly bigger than me. I knew, of course, than Norm was afraid of me, being tough and fierce and stuff like that, and didn’t think that “Hemingway with a trowel” was all that scary. Eventually Norm took the part of the canal road that we don’t go on, because it’s surfaced with chunks of concrete, and no fun to walk on, and so we stopped, and Norm did too.

The guy I live with explained that Norm was not quite like me, even though he seemed a lot like me, he was really different. He didn’t have to walk around with a leash on, that’s for sure.

The guy I live with said that Norm didn’t get his breakfast and dinner served to him in a clean bowl, with biscuits for “afters”, and didn’t get to sleep in a clean bed on a winter afternoon, or watch “the roadshow”, which didn’t seem quite right to me. But I guess, since he said it, it must be true.

Well, that really is it for today. I’ll leave you with a picture of me being all horticultural and everything.