Greetings and salutations, everyone; yes, once again it is I, Mani the not-completely-enormous purebred border collie, filling in for the guy I live with, and here to bring you up to date on the latest news from our garden. You may remember me from such up-to-date posts as “The Blizzard”, among so many, many others. True, “The Blizzard” was my last post, but it was definitely up-to-date. 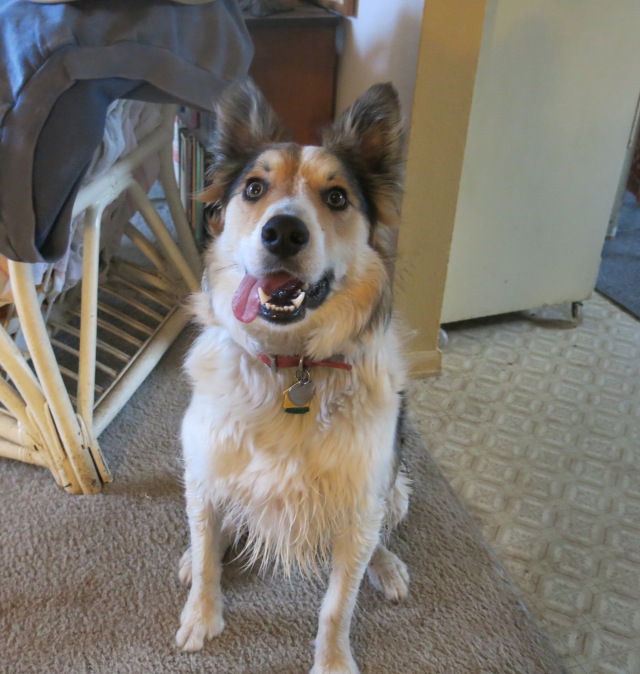 If you’re thinking that this was taken during one of those dumb biscuit-on-the-head episodes, then you would be right. You can also see that I’m somewhat damp. More about that later.

The reason there haven’t been many posts is that the guy I live with was so grumpy about the two times it snowed after the blizzard that I couldn’t print anything he said about it. This is what the back yard looked like on the thirty-first, last Thursday. 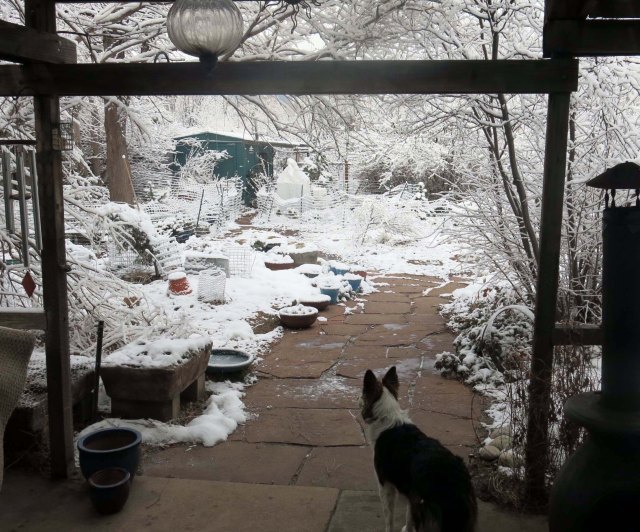 That’s because it did this the day before. 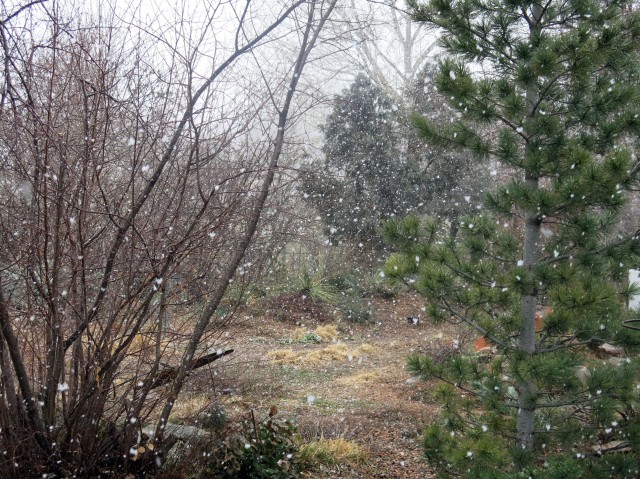 It turned nice again and the guy I live with says it’s spring now. It could still snow, but he says he refuses to think about that.

This is what it looks like now. You may think this is awfully brown, for spring, but the guy I live with says it’s mostly brown here in spring, until the warm-season grasses start growing. 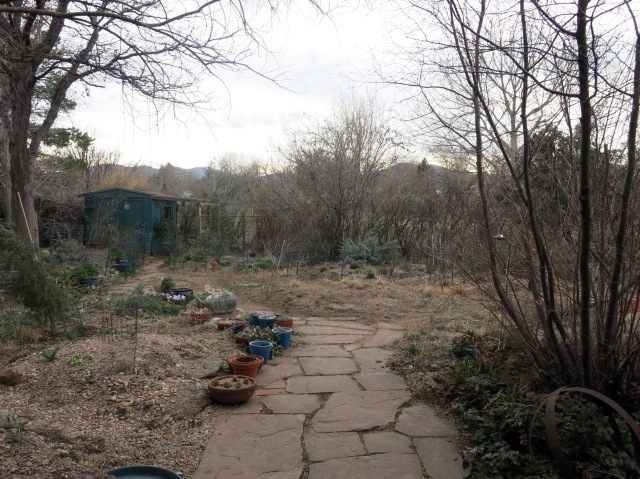 All the broken branches were taken care of, and the patio cover has been repaired. 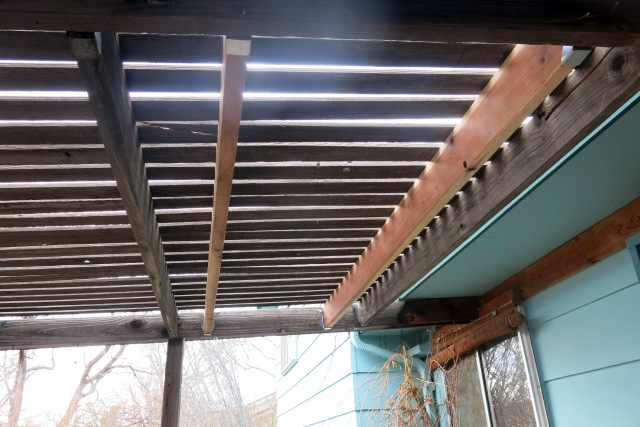 He did that all by himself. Well, there was kind of a lot of swearing and stuff to go with it. But it’s done.

The 1970s screen door, this “tacky aluminum piece of …aluminum” was also fixed, so now I can do serious guarding, and look outside too. 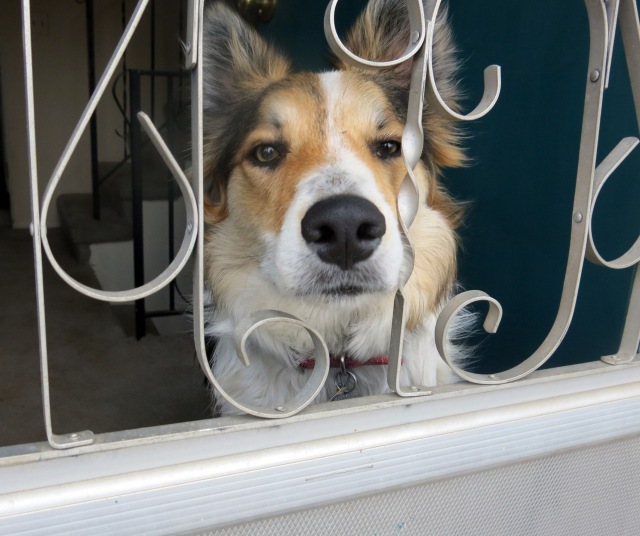 Lots of stuff is flowering now. The mahonia, which we guess is Mahonia aquifolium, just appeared here many years ago. The spots are from anti-rabbit spray. The guy I live with says the camera must have focused on the spots. 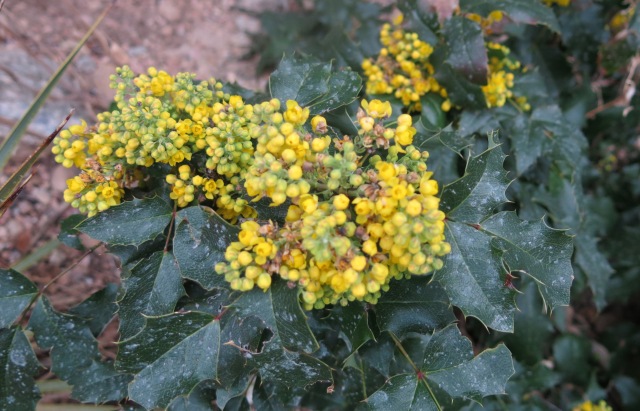 Lots of bulbs, of course. The blue chionodoxa, which has seeded everywhere, 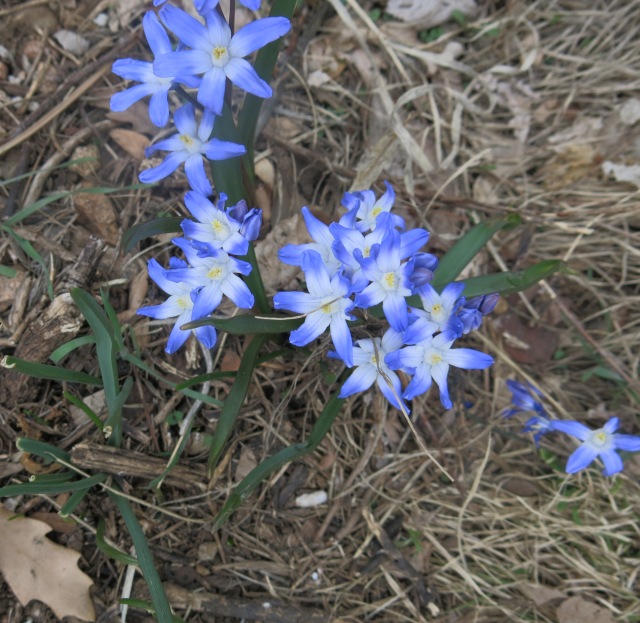 and the pink, which hasn’t yet. 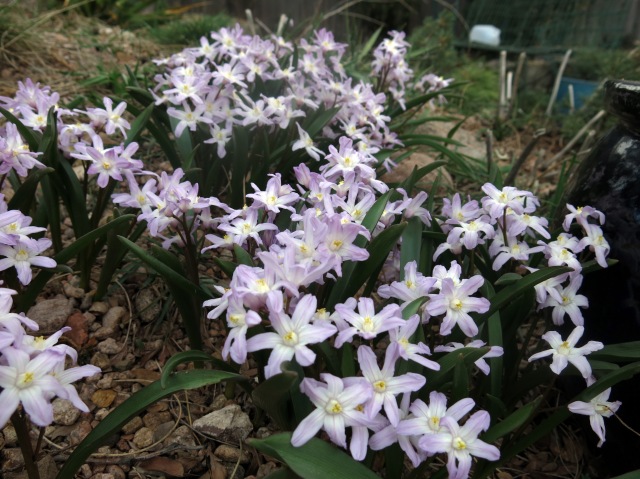 The best thing of all, if you ask me, and I’m the one worth asking, is that I got to go to Day Care last week (another excellent report card, of course), and I can go on my regular walk now. 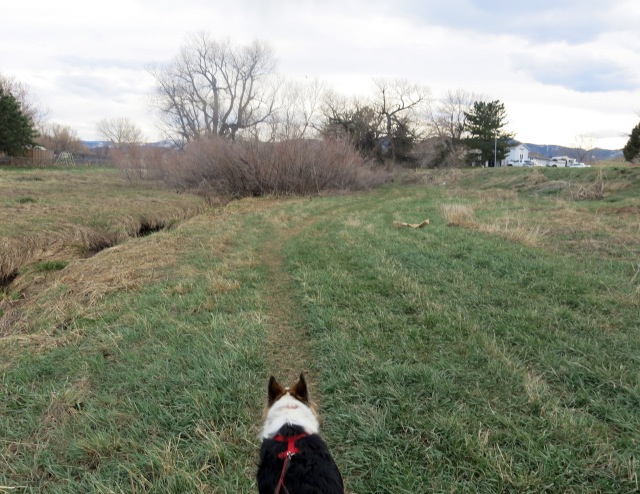 The green here is from non-native grasses, mostly smooth brome. The guy I live with is not a huge fan of smooth brome. Anyway, this is me, if you couldn’t tell, heading south toward the willows. This path was made by Norm and Celeste, the coyotes, and improved on by Chess, a border collie who lived here before me, and I’m trying to make it even better.

The big scary willow, which is a different kind of willow from the ones growing along the creek, had a big branch broken off it, but it was carted away today. 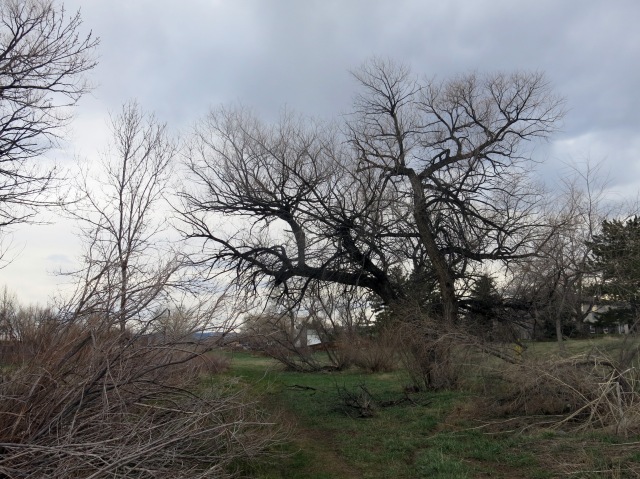 There’s water in the creek. It comes from a lake to the south of here. It’s not what you would call warm. There are water striders striding on it, and little fish swimming in it. That’s me there, again. 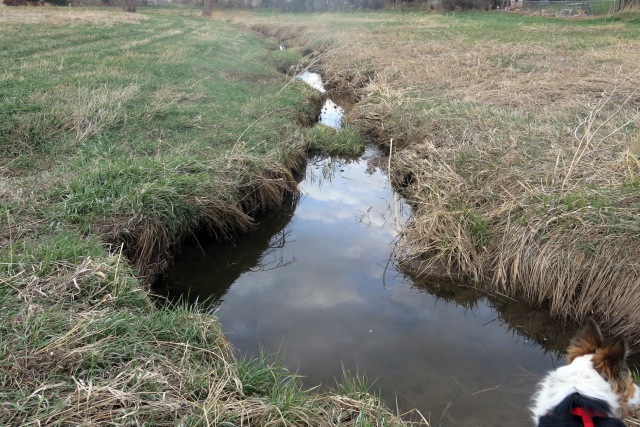 Of course I had to sit in the water. It was indeed pretty chilly. 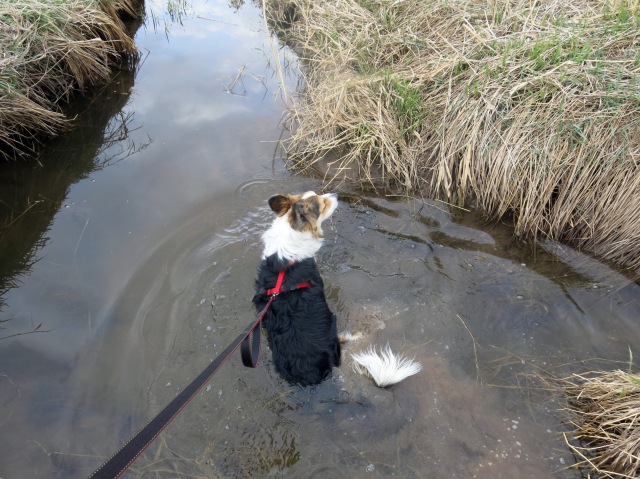 The guy I live with mocked the appearance of my hindquarters, afterwards. Like his would look any better.

I guess that’s really all for today. I don’t think this looks too bad at all. 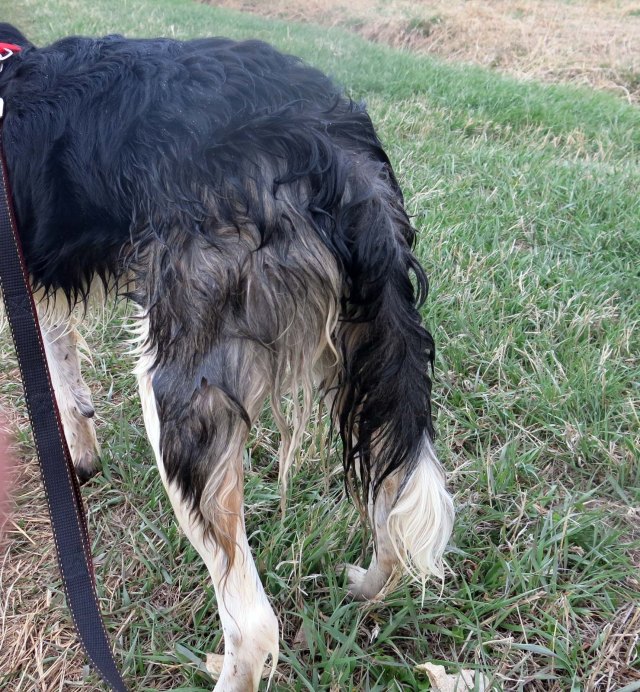