Greetings and salutations, everyone; yes, once again it is I, Mani the purebred border collie, filling in for the guy I live with, and here today to bring you up to date on the latest news from our garden. You may remember me from such posts as “At A Standstill”, among so many, many others.

Here I am in a characteristic after-a-day-at-Day-Care pose.

Day Care is fun, but a lot of work.

Maybe you’re wondering why you haven’t heard from me in a while. If you read my last post, “Another Cold Front”, you remember that they were predicting a huge drop in temperature, which happened, though it was even colder than they predicted. “Naturally”, the guy I live with said.

On the eighteenth, it was almost seventy degrees Fahrenheit, and by Monday night, the nineteenth, it was four below zero (Fahrenheit). There was no point in thinking about gardening for over a week, because there was snow on the ground and it was too cold.

It finally warmed up again, and it’s supposed to get even warmer in the next couple of days, and then, of course, snow. This usually happens over and over again until the end of May; the weather gets all spring-like, and the guy I live with skips around the garden, singing “La dee da“, and then it snows, and he’s totally disgusted.

I hear that it used to rain here, in spring, without thundering, even, but that seems to be a thing of the past.

Still, the snowdrops recovered. Kind of amazing considering what they went through. 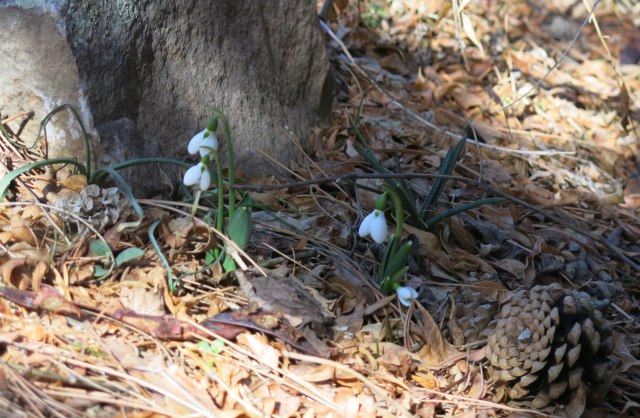 And there are crocuses in flower. The bees noticed them right away. 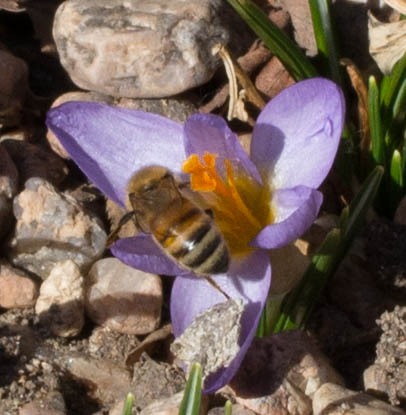 Someone has to guard the crocuses, and it turned out that that someone was me.

I spent an hour or two guarding the seed pots in the frame, too. You know, just in case.

It was, as I said, a pretty nice day, though there is still some snow on the ground. 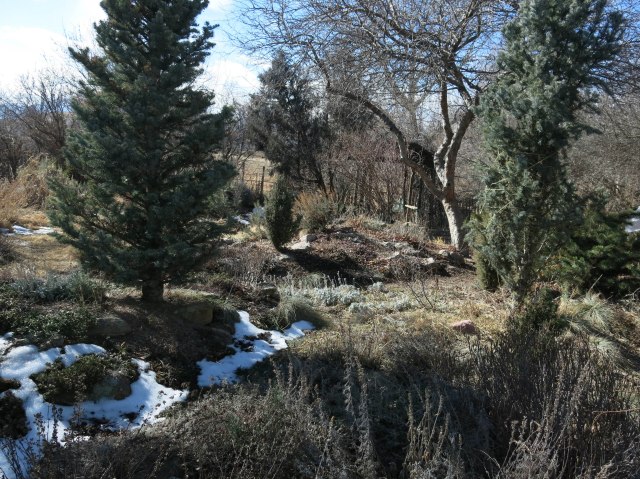 A couple of snowdrops came in the mail yesterday, “in the green” (they looked like green onions, which I don’t eat–I don’t eat snowdrops either) and they were planted in pots and put in the Snowdrop Frame, which was open for part of the day today.

And, of course, there were walks that needed to be gone on. On my morning walk, there were geese again.

I kind of snuck up to them but I didn’t think they were all that interesting, really. The guy I live with wondered about my herding instinct but the geese didn’t seem like they needed to be herded, since they were moving all by themselves.

He also said he wondered for years why geese never showed up in the field. This afternoon there were geese in the field. Also a bunch of poop, which I tried, though the guy I live with said not to. He says that a lot.

They flew away though, making a lot of honking noises. 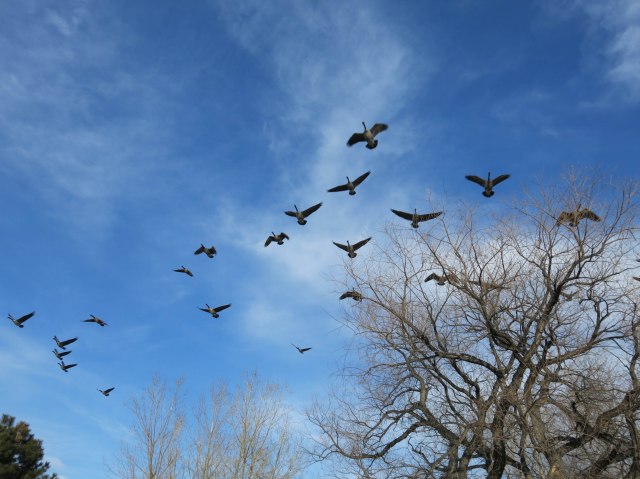 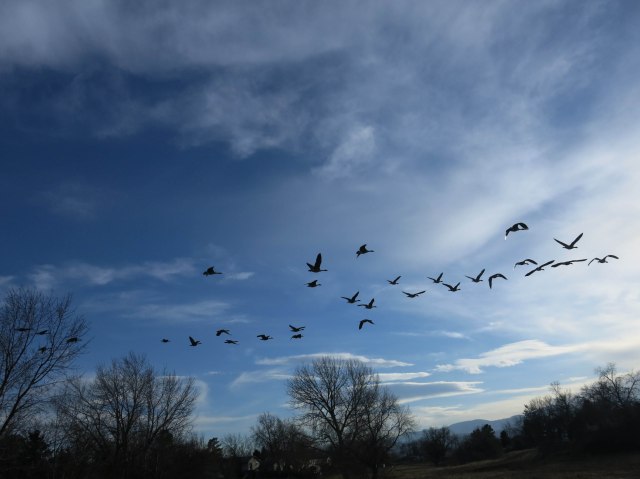 I guess that’s it for today. March came in like a lamb, which is unusual, but we’ll just have to wait and see what happens. The guy I live with said that March is the snowiest month of the year here, though he can remember when it rained, as I said earlier, and it wasn’t so horrible. To hear him talk you would think that the good days had passed, long ago.

As for me, I’m looking forward to more trips to the mountains and things like that, in the summer.