Greetings and salutations, everyone; yes, once again it is I, Mani the purebred border collie, filling in for the guy I live with, and here to bring you up to date on the latest news from our garden. You may remember me from such posts as “This Is More Like It”, among so many, many others.

You can probably see that this is the time of year when the cool-season grasses begin to look a bit obtrusive in the buffalo grass (like what I’m lying on), but there isn’t much we can do about it, so we mostly just ignore the green blotches here and there. Ideally the bluegrass, which was here before the buffalo grass was seeded in, should have been completely killed, but it wasn’t, because that’s very hard to do. And it isn’t that important anyway.

There were some warm-season grasses in the front yard that the guy I live with decided to move today. It was a cold, gloomy, and windy day.  The clumps were very large.

These are Sporobolus wrightii (“Wright’s alkali sacaton”, which is a dumb name), and they get really large, but they don’t do very well in the front yard because they don’t get enough water. The grass likes a lot of water in late summer, in order to flower.

So the guy I live with soaked the dirt (it’s not really soil, just gross dirt) around the grasses yesterday, and today he went about digging up the grasses. Using these:

The shovel on the left is a tree-planting spade made by Bulldog Tools in England (as was the “planting spear” on the right); the spade was used to dig up the clumps of grass, and the spear was used to cut the first clump, which was really huge, in half, because the guy I live with couldn’t get it into the wheelbarrow.

I just watched, through the living room window. I was a bit worried because the guy I live with is pretty old, and it looked like he was going to pass out when he tried to lift the first, huge clump of grass to put it into the wheelbarrow, but he didn’t.

I had to stay inside while the grasses were moved into the back yard, because, according to the guy I live with, we purebred border collies tend to go “completely berserk” around wheelbarrows, trying to herd them, I guess (I heard that Slipper was really bad when it came to wheelbarrows), and that that was dangerous.

(Less dangerous than what happened yesterday, when the wind blew a glass bird feeder down; it shattered on the patio, and I thought it would be interesting to pick up a piece of the glass. The guy I live with totally freaked out and so I dropped the glass. He said I could have wound up in the emergency room. I didn’t, which was good.)

Eventually, after a lot of wheezing, the grasses got planted in the border along the back fence, where the soil is really good.

The lilacs that you see me standing under might flower this year, and again they might not. The one I’m nearest to is ‘President Lincoln’. It has lots of flower buds.

The one on the other side of that, which you can’t see, is ‘Annabel’. ‘Annabel’ (a Syringa × hyacinthiflora type) always flowers at the end of April and the flowers don’t get frozen as often as the regular Syringa vulgaris cultivars do.  I know these buds are not in focus at all.

The lilacs were planted a long time ago, and came from Heard Gardens in Iowa; the lilacs are on their own roots. This was one of those things that the guy I live with thought he should do, because his wife loved the scent of lilacs, and yet the lilacs so rarely flower here that the whole business seemed pointlessly sad. But the lilacs are still here.

Those poles, getting back to the picture with me in it, are going to be removed, I think, because great horned owls don’t perch on them any more, and they kind of lean, as you can see. And the little fence is going to go, too, eventually. I think you can see why the whole garden has been invaded by smooth brome, just by looking through the chain link fence. The smooth brome is impossible to eradicate.

The squirrel feeder thing didn’t get refilled this winter, though it should have been, because it keeps the squirrels busy for at least a while. Those loops at the ends of the metals arms are screws which hold the dried ears of corn.

Looking the other way, toward the southwest, there’s another squirrel feeder which the “idiot squirrels”, according to the guy I live with, completely chewed to pieces instead of just lifting the lid on the box to get the sunflower seeds.

There used to be grass on the path under the apple tree, but then I showed up. I know it looks pretty hopeless, back here, but if you look closely, you can see the little hill where the juno irises grow. Those dark green clumps just below the pale green ceramic pot sitting on the trough patio.

Some of the junos are flowering. This is Iris graeberiana.

It’s supposed to freeze again tonight and so all of the flowers will probably be wrecked, according to You Know Who, anyway.

I guess that’s all for today. Oh, wait. One more thing. Remember all the talk about crawdads? Well, guess what. These aren’t potato chips made from crawdads, or even with crawdad flavor, just with the spices. The guy I live with said they were good. His friend had some, too, and she said they were good. 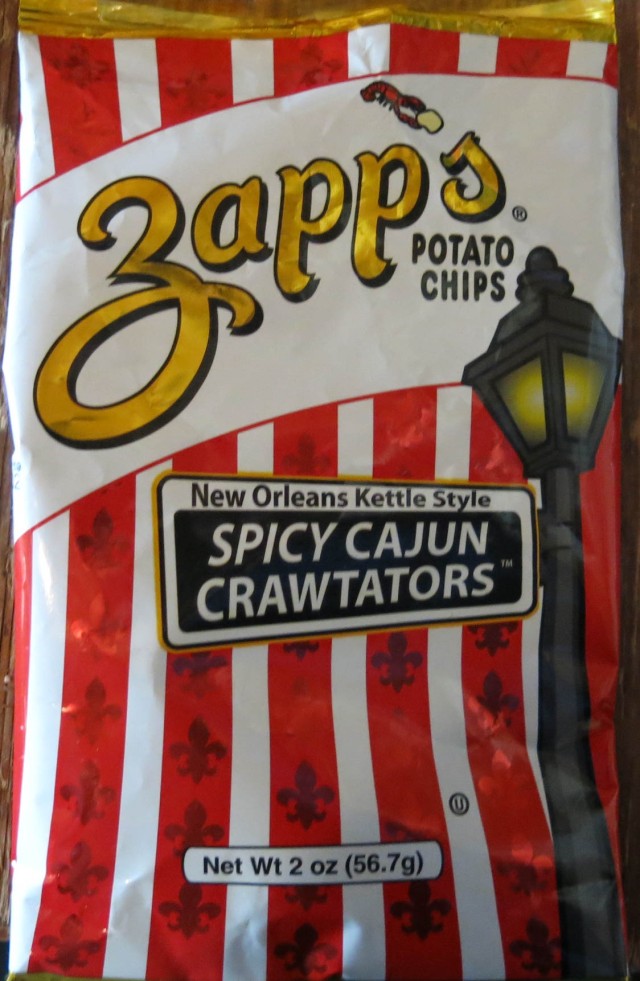 I didn’t get any, which is typical.

Now I really am done for the day. I’ll leave you with a picture of me on a very windy walk today.

21 Responses to planting some grass