Greetings and salutations, everyone; yes, once again it is I, your popular host, Mani the purebred border collie, here today to bring you up to date on the latest news from our garden, and also on all the stuff the guy I live with has been doing and thinking, which I know you will find as utterly fascinating as I have. You may remember me from such posts as “Mice In The Rice”, among so many, many others.

Here I am in a characteristic pose. Ready for my evening walk.

The weather here, according to the guy I live with anyway, has been dreadful. “As usual”, he said. It’s true that it’s been incredibly gloomy, even more so than it has been, and we’ve had some mist and drizzle, which is not our typical weather at all. It’s even supposed to snow tomorrow.

You may be able to imagine what was said when the forecast mentioned snow. We’ve had so little rain, and way too much hail, and hardly any sun, since May, and now it’s going to snow. There’s not supposed to be much snow, though.

He took some pictures of the garden today, featuring me, in the gloom. It was pretty chilly, too. This is me, looking at something. 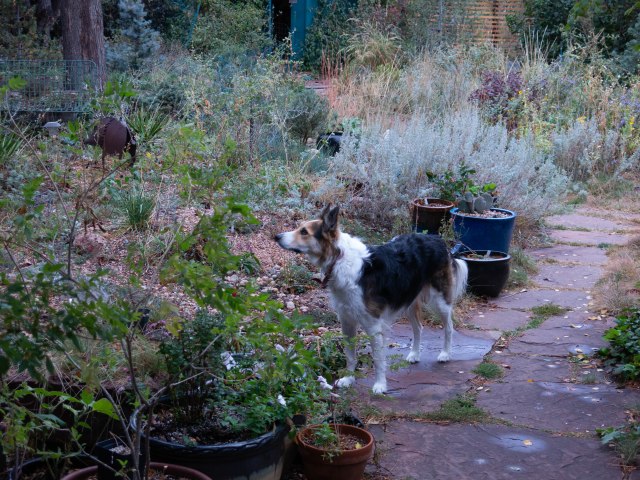 Here I am hot on the trail of something. It’s hard to be inconspicuous when you have a magnificently white-tipped tail. The guy I live with is pretty jealous, I’m sure.

Here I am, looking for something else. There are always things to look for in our garden. I often don’t find what I think I’m looking for. The guy I live with says that’s a metaphor.

A couple of days ago there was a little bit of sun and the guy I live with took some pictures of the crocuses and cyclamen which were flowering.

This is Crocus pallasii subsp. turcicus.

And Crocus hadriaticus forma lilacinus. They start out white and get more lilac as they age.

Here’s Crocus niveus. The specific epithet means “snow white” or “snowy”. The story goes that E.A. Bowles described the species from plants he either saw in Greece or cultivated in his garden at Myddleton House from seed or corms he collected in Greece, but he only saw pure white forms, when in fact as you can see they can have a light purplish tinge, and so thought niveus was a good name.

The guy I live with said it isn’t like that was the only time someone described a species based on an attribute which seemed unique and then later more examples of the species showed that that attribute was more variable than previously thought. 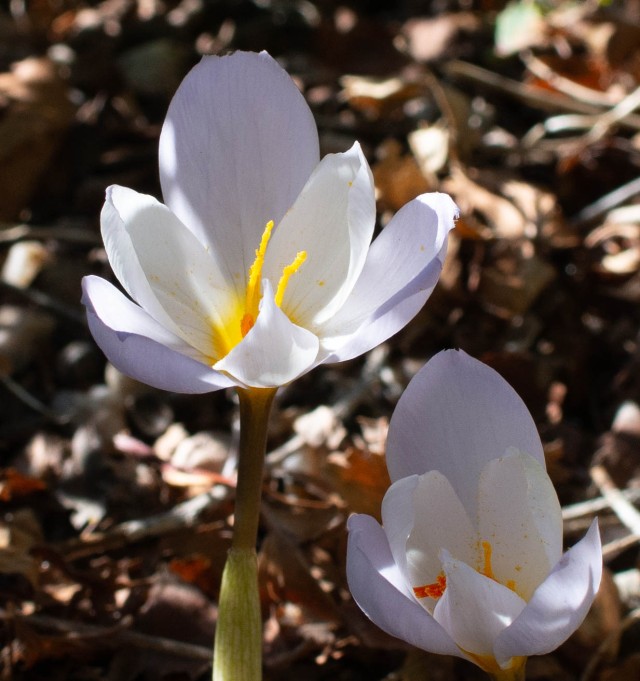 Here’s a Cyclamen hederifolium which has been flowering for over a month. The picture isn’t really hugely in focus but the guy I live with was fiddling around with a lens he doesn’t use very often. He should have used a tripod, I think.

I’m going to change the subject a bit, now, because I haven’t posted for a while, and there’s a reason for that. The guy I live with has been filling out forms and looking at documents and thinking about things, because his mom died last month.

But some of the letters dealt with subjects which were very traumatic for the family, when he was very little, and that made him sad.

His sister brought over some pictures, which he took pictures of, instead of scanning them, which he could have done, but didn’t, since taking pictures of pictures seemed easier, though they came out less focused than they could have.

Here’s a picture of the guy I live with, and his father, at his maternal grandparents’ house in Los Angeles, in 1955.  Maybe you can see the brace on his father’s right foot, and the way his right hand was curled. He had been wounded in Korea three years before. The guy I live with always thought this was just the way things were, and all his life, when he encountered people with differences like this he figured that this was the way things were.

Of course all of this was massively upsetting to everyone in the family, but the guy I live with, who didn’t remember his father before he was wounded (a word he’s very tired of hearing now, so many years later), always thought of his father as his father, and that was all.

Here’s the guy I live with, watching the gardener, whose name was Harry, hosing down the sidewalk in Los Angeles, which is something they did, back then. Harry was from the Philippines. Like the rattan furniture in the first picture.

This is the car the guy I live with’s parents had, in 1955. It was hard for me to believe that they had cars that long ago, but I guess they did.

And this is the car the guy I live with’s mom got (his father didn’t drive) in 1957. It has push-button transmission. He said one time his mom took him to Hody’s in Long Beach and got him a milk shake, which he spilled down the back seat of the car, and his mom was really mad. I sometimes do things like that and the guy I live with gets mad at me, but only for a little while. He does things like that almost every day.

That’s him in the car window there. The car was really tomato-colored and gray, but the picture is really old. Really, really old.

I mean, one of the letters he read was from his great uncle to his grandfather, talking about their oldest brother, who lived in Newport, Rhode Island, where they were all born, and there was talk about the latest thing, television, and how the oldest brother didn’t want a television set .

If you look at the background in all these pictures you can see the topiary which was across the street from his grandparent’s house. The guy I live with learned about topiary way back when. Maybe it wasn’t so much topiary as just trimmed that way, but he gave the various shapes different names.

So, anyway. The only other thing I have has to do with the ducks, but I forget how many ducklings there were this year. Let’s say there were four. Four is a good number. Today is the guy I live with’s late wife’s birthday, the tenth one since she died, and it’s been a bit rough for him, so he wants me to say there were four ducklings to begin with, as well, not more, because neither of us remember how many ducklings there were, and I guess we both just want it to be four. There certainly weren’t less than four. You can see two of them, but I don’t know which two, in this picture, with their companions.

There are eight ducks in the canal here. Each duckling grew up, met someone, and now they paddle happily in the canal. 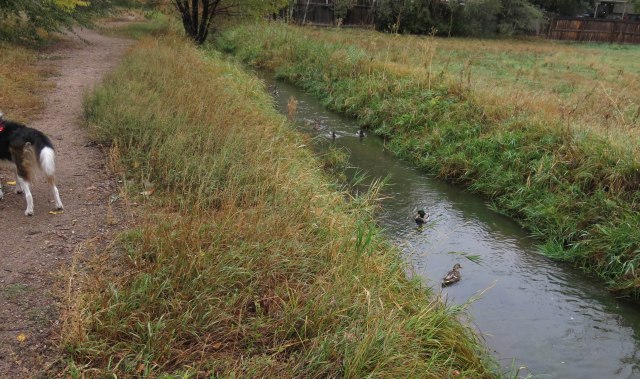 There’s a muskrat, too, but it dives underwater when we walk anywhere near it.

That really is all I have for today. I guess you’ll hear about it if it does snow. 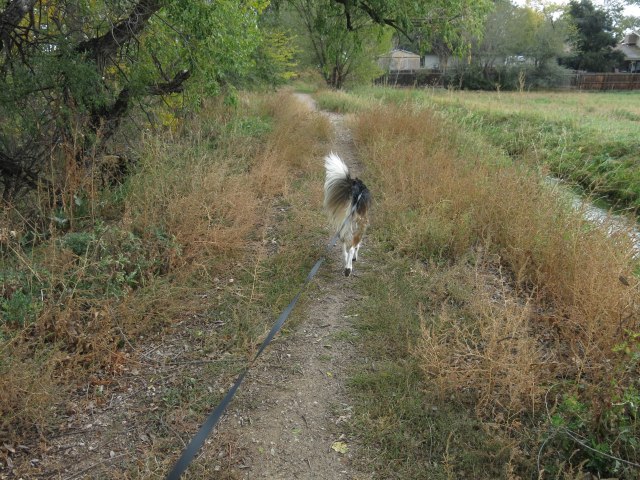 23 Responses to pictures of pictures