hawks, owls, and the moon

Greetings and salutations, everyone; yes, once again it is I, your popular host, Mani the purebred border collie, here to bring you the latest news of our modern lifestyle. You may remember me from such posts as “For Whom The Bedclothes”, among so many, many others.

Here I am in a characteristic pose. Asleep, actually, after a hard day playing, at Day Care.

There isn’t much going on in the garden right now, but the guy I live with was driving in Denver with his friend and he had to pull over and take pictures of the pyracanthas in a yard he drove by. He said he’d never seen anything like this before. There were several large shrubs totally covered with berries. 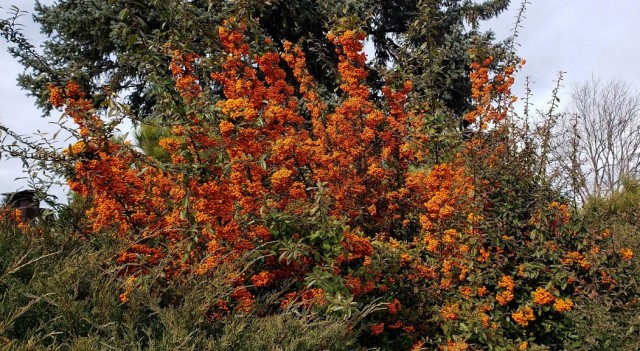 We have a pyracantha here, but it doesn’t do that, for sure. It only gets some berries, because it doesn’t get the water that those obviously did. He said maybe we should get a sprinkler system installed. That might be fun.

And it turns out the cyclamen aren’t as dead as the guy I live with thought they were. They just needed some water. He moved them under the lights because the stems were elongating. This doesn’t really matter very much.

There are some snowdrops flowering outside, in the frame, but we didn’t get any pictures of those, so you’ll just have to imagine them.

Aside from chasing squirrels and lying out in the garden, my life at this time of year mostly centers around naps and long walks. And breakfast and dinner, of course. Not to mention biscuits and other treats.

On my morning walk today we saw a hawk flying around. 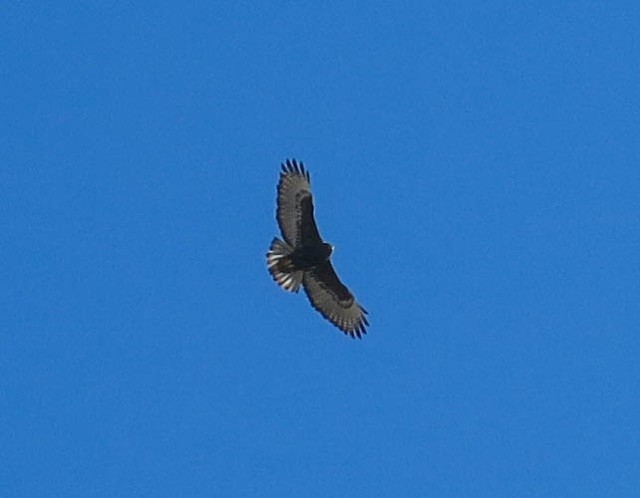 After a little while it swooped down, grabbed something, and flew away. I didn’t ask the guy I live with what that something could have been. He said maybe a wad of Kleenex.

It’s been unbelievably dry here, but also sunny, so there are things to look at when we walk in the evening. The guy I live with spends a lot of time gazing in this direction. I thought it was toward Los Angeles, but he said no, it was Santa Monica, which was founded, or sort of co-founded, by one of his relatives (as he learned after his mom died), and so he suggested to his sister and his cousin that the three of them might lay claim to the city. He said maybe there should be like a triumphal entry, complete with trumpets, banners, and effelants.

I think you can see the moon here, right at the top of the tree. 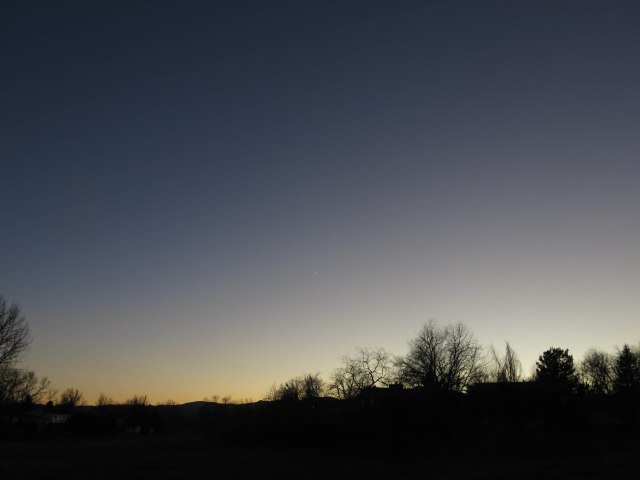 The main thing, I mean besides the other thing, is the owls. We hear them hooting every evening, and late into the night. The guy I live with said he never gets tired of seeing the owls, or hearing them hooting. The hooting can be scary.

He took these pictures while the two owls were trying to sleep. I think the first one is the female, and the second, larger one is the male. 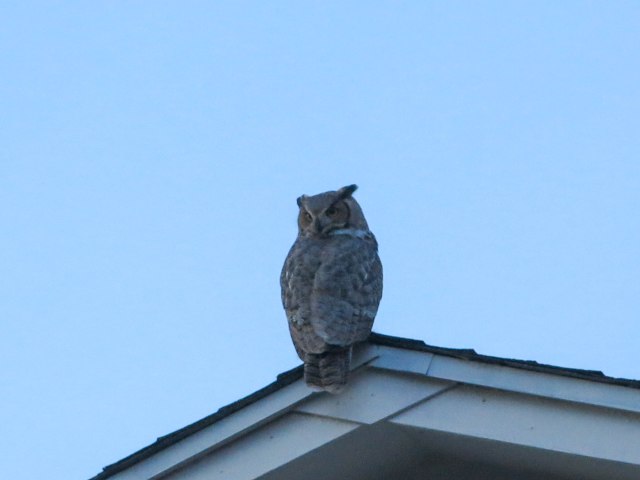 So that’s really it for this evening. Not much going on except hawks, moons, and owls. “At least”, the guy I live with said, “it isn’t cold.”

And we still sit on the couch together. Sometimes he reads to me.

25 Responses to hawks, owls, and the moon