ducks in a row

Greetings and salutations, everyone; yes, once again it is I, your popular host, Mani the purebred border collie, here this evening to tell you partly that the guy I live with has not lost his mind trying to create posts in the “classic editor” instead of the new way, which he detests, and also to talk about some more interesting things.  You may remember me from such posts as “Colchicum Time”, among so many, many others. 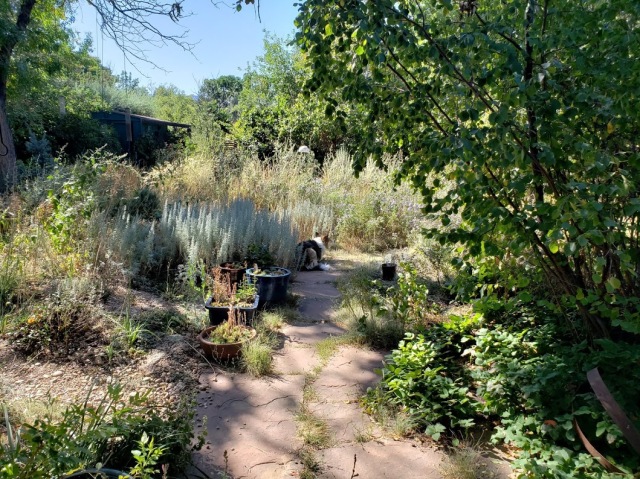 The Abies lasiocarpa ‘Compacta’, or whatever its name was, that you used to see in pictures all the time, died and was cut down.
So now the view is like this:

The guy I live with really liked the little conifer, which was about twelve feet tall, but the garden became too dry for it. So that was that. You can see the stump right at the bottom of this picture.
And you can also see the new roof. The guy I live with got all teary-eyed when he saw the new roof finally in, with new vents and stuff. He feels very strongly that this is his wife’s house, as I’m sure I’ve said before. It’s my house, too.

The guy I live with felt pretty bad about the fir, which is what an abies is, but there wasn’t much to be done about it. It started dying a couple of years ago.
The garden is really, really dry. Lots of plants have died this year. Plants that have been here for a very long time. Especially ones in the troughs.

So there have been a lot of changes here, this year. But some things stay the same. Like the view of the studio window downstairs. The windows are very dirty but the guy I live with’s wife wanted them that way because of the light, for her drawing.

And what he calls the “Wardian case” out on the patio table. That stays the same.

There isn’t much of anything in it besides some feathers and snake bones. Yes, I know, but he thought it would be cool. We found those on one of our walks.

The guy I live with and his friend went to the bulb and plant sale at the botanic gardens last Friday. He bought a bunch of stuff, but almost all of it was for her.
They didn’t wander around the gardens much but here are two pictures of the steppe garden and Leonotis leonurus. I guess it used to grow here, as an annual. 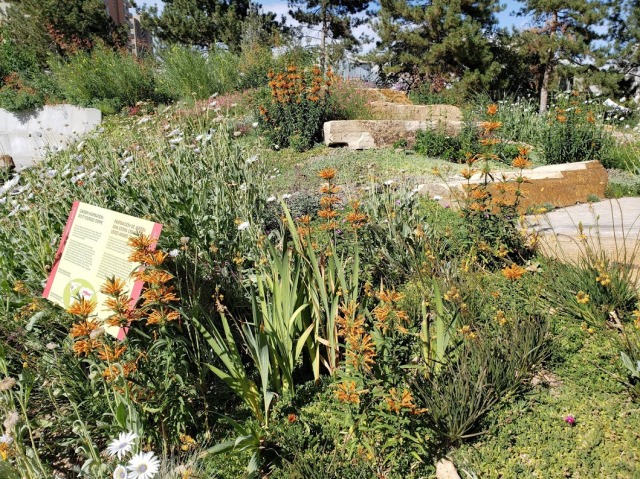 I don’t think these pictures are much in focus. The guy I live with should start using his regular camera more.
Which he does for the owl pictures, like this one. Still not in focus much.

He thought this was the same owl as always, because of its left eye, but then found a picture of an owl taken seven years ago, and it obviously isn’t the same owl.

That really is pretty much it for now. My walks have been good. 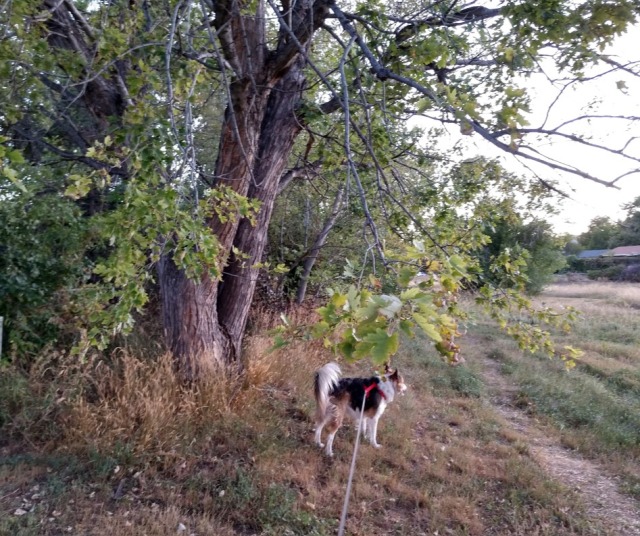 I guess I’ll let you go with a picture of me, and ducks in a row. We’ll work on getting the pictures more in focus.  He does take the pictures while we’re walking, so there’s that. 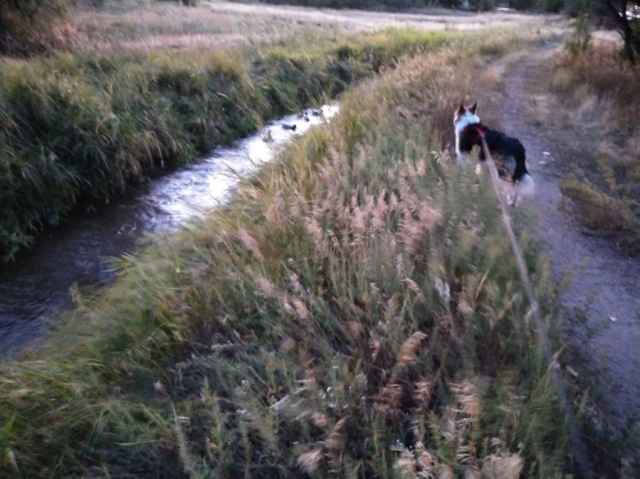 48 Responses to ducks in a row