Posted on November 1, 2020 by paridevita

Greetings and salutations, everyone; yes, once again it is I, your popular host, Mani the purebred border collie, here today mostly to complain about the end of Daylight Savings Time, and maybe talk about some other things. You may remember me from such posts as “The Haunted Toaster”, among so many, many others.

Here I am in a characteristic pose. Listening to music coming from the kitchen.

You can probably tell that my ears are especially suited for listening (except to the guy I live with, of course). If you wanted to know what I was listening to, though maybe you don’t, it was the mazurkas of Szymanowski. I am a pretty sophisticated purebred border collie.

Well anyway, it’s kind of weird that pretty much the same things happen here year after year; if you look at posts at this time of year in earlier years, you can see there was a really cold night in October, and then some complaining (the guy I live with says “observing”, but we differ there) about all the browned leaves rattling in the wind.
The big cottonwood in the field has completely brown leaves, and the rattling is pretty strange. The guy I live with says if the leaves stay on for a while, and it snows, large branches may come down in the field.

Even though it snowed a couple of weeks ago, or whenever (we kind of don’t keep track of such things), everything is now super-dry again (the humidity today was six percent). I think these were tankers carrying fire-suppressant to the fires that are still burning up north.

There was a lot of snow up north in the mountains, but not enough to put out the fires. It turns out that snow can not only not put out fires, the fire can sometimes still burn under the snow, which is totally bizarre.
The people fighting the fire said that rain would have been better. The guy I live with said that’s almost always true, but the weather patterns here have changed so much that it’s very unlikely for us to have anything but snow from September to April or even May.

The snow did melt deeply enough into the soil that the autumn-flowering crocuses are very happy now. This is Crocus cartwrightianus ‘Halloween’. The bees really like it. That is saffron you see there, but not the highest grade, you might say. 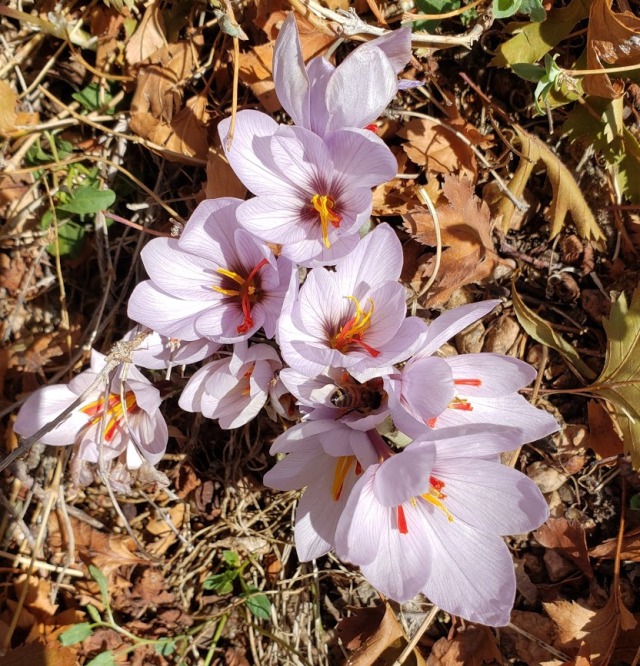 The cyclamen were pretty happy, too. I have some pictures of the leaves of Cyclamen hederifolium to show, though the guy I live with was disappointed that the ‘Silver Arrow Leaf Form’ plants were gone. There were a couple of plants there some years ago, but chemicals were thrown into the garden by people working next door, and things haven’t been the same since. 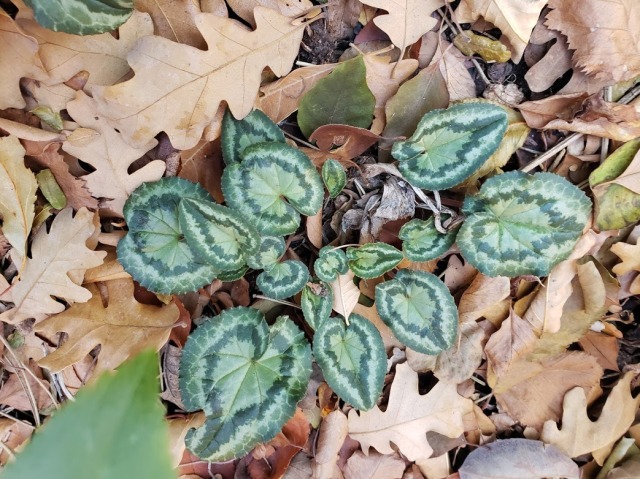 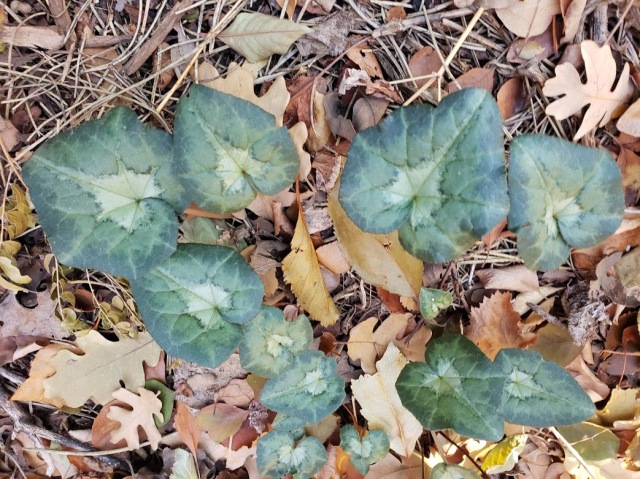 The garden itself, like the general aspect, is pretty brown and dry, which I guess, from all the muttering and stuff I’ve been hearing, is just fine.
Maybe you can see here how dry the “way back” garden and my private lawn are.

This is looking northwest. You can see the cottonwood out in the field, with its brown leaves. 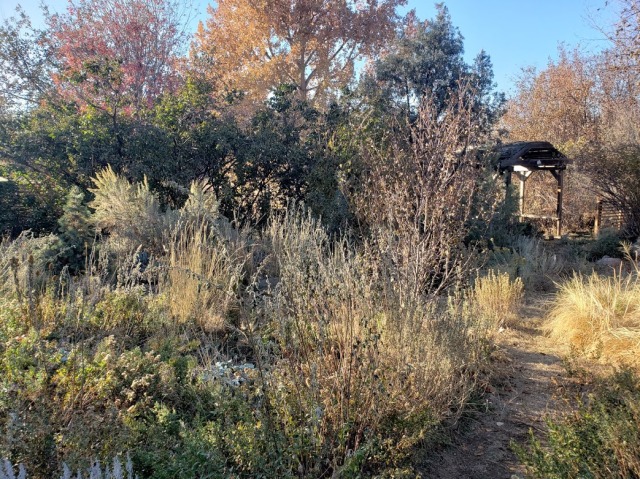 This is looking north. And, yes, we know…

That’s our view now. Not much to be said, I guess.

On a more pleasant note, we see the owls almost every evening. 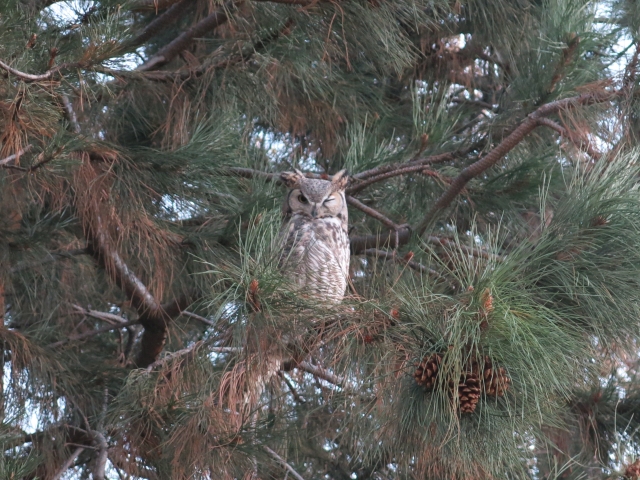 So that’s it, except for the Big Thing. The guy I live with tried to explain it to me, but it just didn’t make any sense at all. How it was going to be dark for longer each day.

This evening, I waited and waited for my dinner. And waited some more. Then there was still more waiting. And after that, there was more waiting. The minutes ticked by like hours. Waiting, waiting, waiting.
I knew it was time, but the guy I live with said it wasn’t, which made no sense at all, since I don’t need what he calls a “clock” to tell when it’s time to eat.
But I still had to wait.

Then, just as I thought I was going to starve, my dinner was served. Everything was fine again.
I’ll leave you with a picture of me looking about as hopeless as a purebred border collie can look, but knowing that I finally did get my dinner, maybe it’s not as pathetically hopeless as I made it out to be. 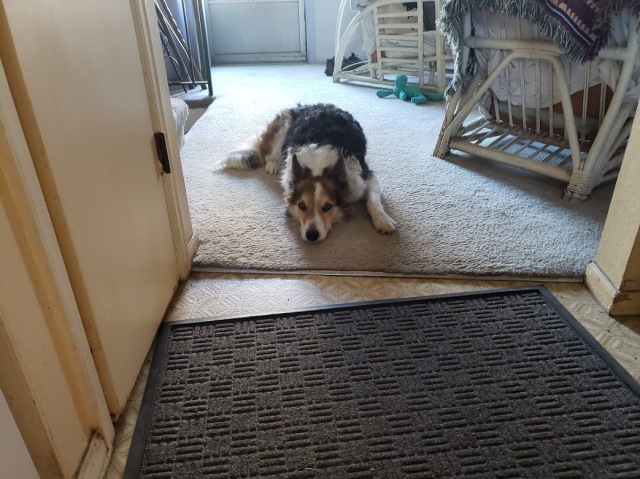 20 Responses to the long darkness