Greetings and salutations, everyone; yes, once again it is I, your popular host, Mani the purebred border collie, here today to talk about the weather, which has changed again. You may remember me from such posts as “Much More Springy”, among so many, many others.

It got up to 84 degrees today. That’s 28.8 Celsius. It was kind of cloudy, so not as hot as it sounds.
And tomorrow night, they say we have a one hundred percent chance of rain. Rain, not snow. With some thunder, which will probably be scary.

Not much has been happening here, though since it’s the first of May, there are some things in flower. Actually a lot of things are in flower. It would be weird if there weren’t.
The junos, especially. I mentioned them in my post “Day Of The Scorpiris”. There’s a whole garden, a little hill, devoted to them.

These aren’t on the little hill.

The species tulips are flowering too, though some flowered last month. This is Tulipa tarda, which seeds all over the place. 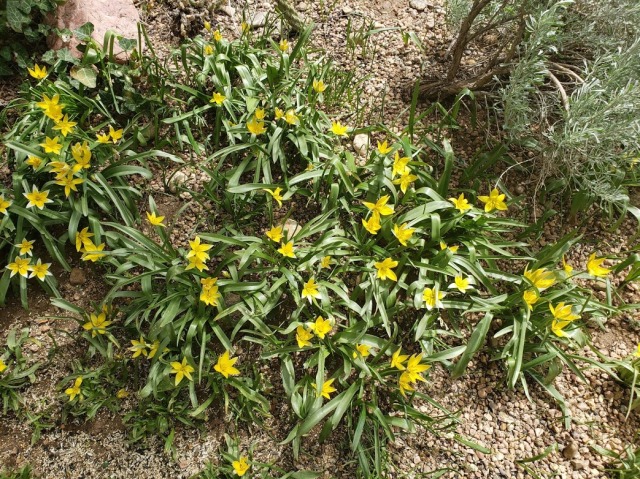 There are still some fritillarias, too.

It’s been a pretty good spring for Fritillaria imperialis. This little colony has been in the garden for about thirty years. 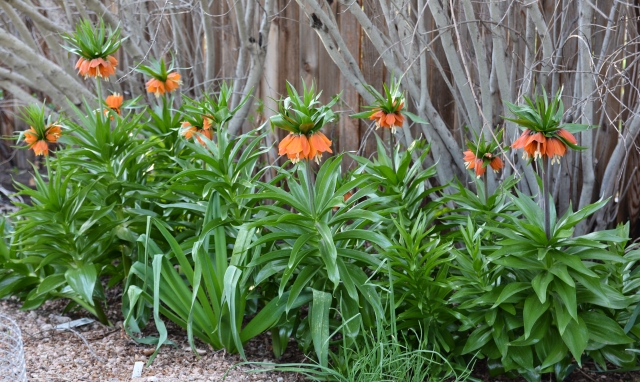 There isn’t much else to say, I guess. The guy I live with went to a nursery with his friend, and then they had tacos, which they both liked a lot. He said they were “street tacos”. That sounded pretty strange to me.
I’ve never seen a taco in the street, here, but now I’m going to be looking for them.