Greetings and salutations, everyone; yes, once again it is I, your popular host, Mani the purebred border collie, here on this roasting hot day to bring you up to date on everything that’s been happening. You may remember me from such heat-related posts as “Super Extra Totally Roasting Hot”, among so many, many others.

The last time I posted, it rained that night. Kind of a lot. Remember the backhoe dredging out the creek, north of the canal? The people who did that did a pretty good job, so now the creek doesn’t back up right where it leaves the culvert.

This is what the field looked like that day. That’s my yard in the upper left. You can see the poles for the owls; the phone camera makes them look slanted. 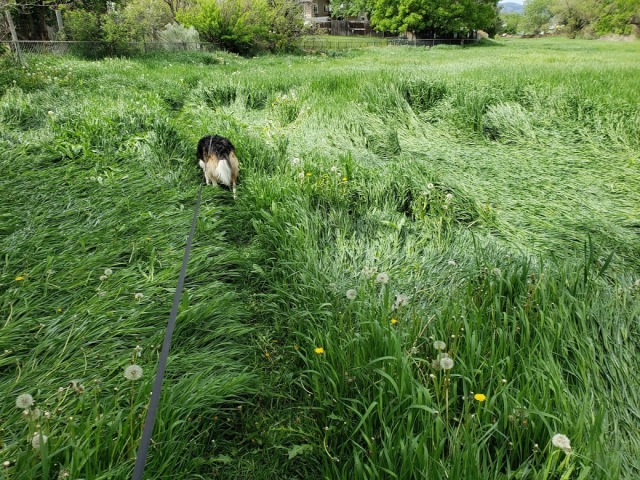 We even saw a mushroom on my morning walk along the canal road a couple of days later.

So it was all rainy for a few weeks, and now it’s roasting hot and windy. That’s quite a change.
I think there are some creatures that don’t get hot. Maybe you can see the mother mallard and her ducklings in the canal. They were paddling as fast as they could, because they could tell how fierce and deadly I was. I have that look about me, you know. Protecting the guy I live with from ducklings. 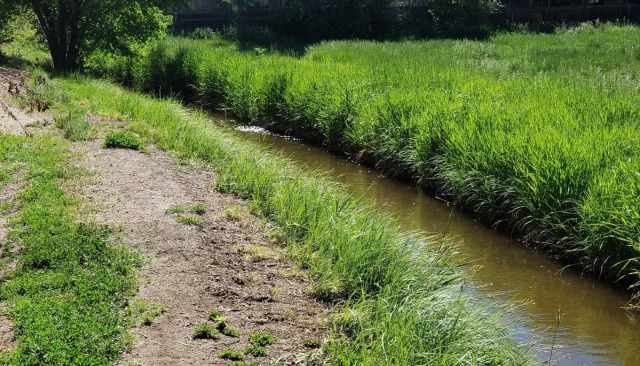 The guy I live with counted seven ducklings, the first time we saw them. He told the neighbors about the ducklings, and said that he would always say there were seven. I wasn’t sure what he meant by that, and he didn’t tell me.

The grasses in the garden, along with the weeds, of which there are a lot, have been growing like crazy because of all the rain.
I’m in this picture, to add a special excellence to it. 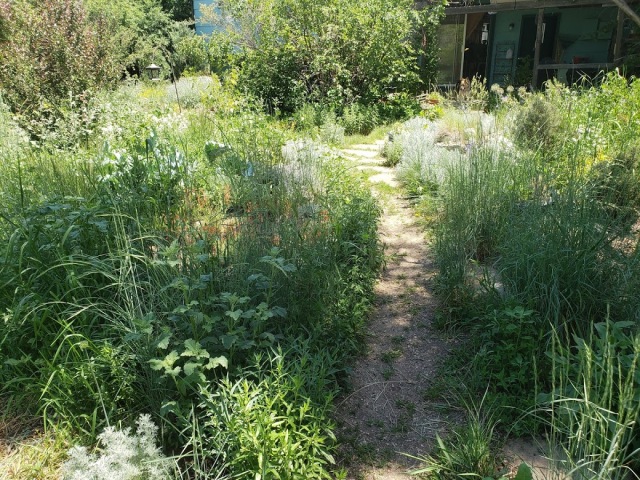 Like most people who have gardens, the guy I live with sort of wanted to order some plants, but when he went online to look at things, almost every plant he wanted was out of stock. He was pretty disappointed, but said that for people in the nursery business, this was probably a good thing. He did manage to order some plants from Digging Dog.

When plants arrive here, either from local nurseries or by mail, they’re almost always repotted into larger pots, then watered, and stay on the patio for a while so that the plants will grow more roots, and be planted out in the garden later.
The guy I live with also ordered some roses, from High Country Roses. Most of these aren’t for him, but for his friend and her daughter. 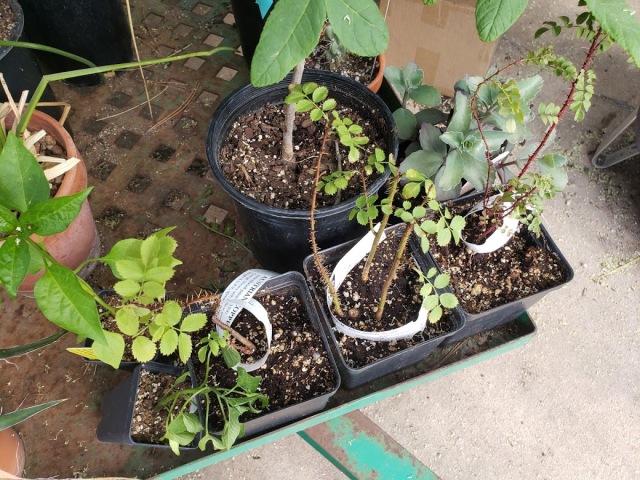 The guy I live with also went to a local nursery and got a few plants. The nursery was oddly empty, but the owner told him they were downsizing after one of the other owners passed away. That made him pretty sad; he used to go there with his wife, a lot. But I guess things change.

That’s about all that’s been happening here, I mean besides the guy I live with fighting with his email program on the laptop, finding so many plants out of stock online, and also wondering what to have for dinner.
We lead very exciting lives, don’t we? 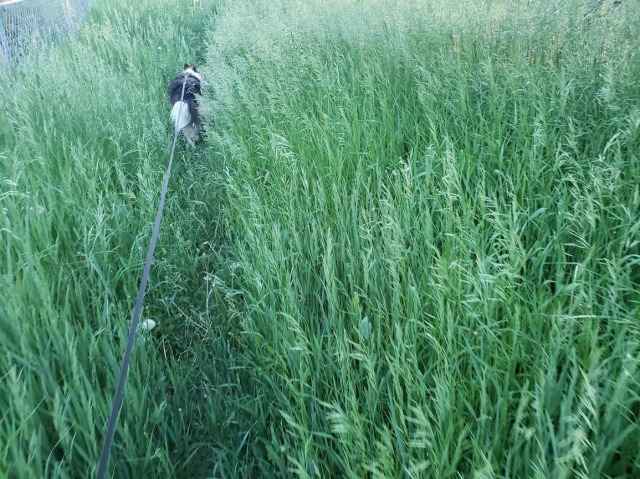 21 Responses to out of stock