Greetings and salutations, everyone; yes, once again it is I, your popular host, Mani the purebred border collie, here after another long and very chilly absence to bring you up to date on the latest news from our house and garden. You may remember me from such change-related posts as “Another Change”, among so many, many others. 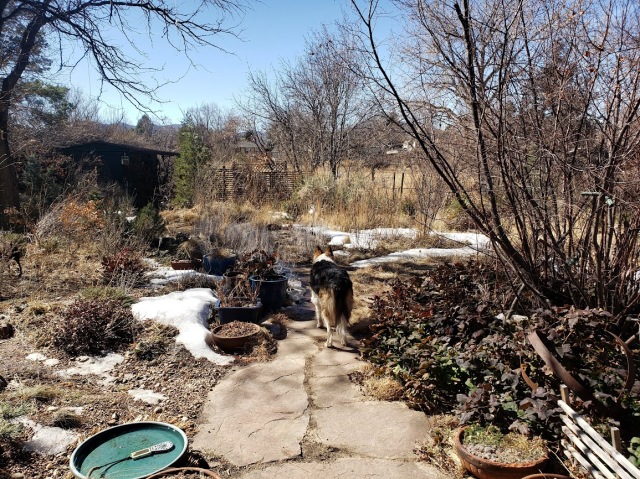 You can see there’s still snow in the garden. It’s 69 degrees F (about 20.5 C) right now, but last week we had three very chilly nights, with snow again. I think it got down to about -5 F  (-20.5 C) at least one night, in some parts of the city, anyway.
It was very unpleasant, even for me. I had to wear my boots on a couple of walks because it was so cold during the day.
The guy I live with was going to drive the car over to the car dealer’s, last Monday, before it got cold, but discovered that the cars available on the website weren’t there yet, so he put down a deposit on one. This is kind of exciting, even though he hardly goes anywhere, preferring to spend time with me at home. I can be delightful, if you didn’t know.

The ice on the paths is still quite thick, even though it’s so warm. 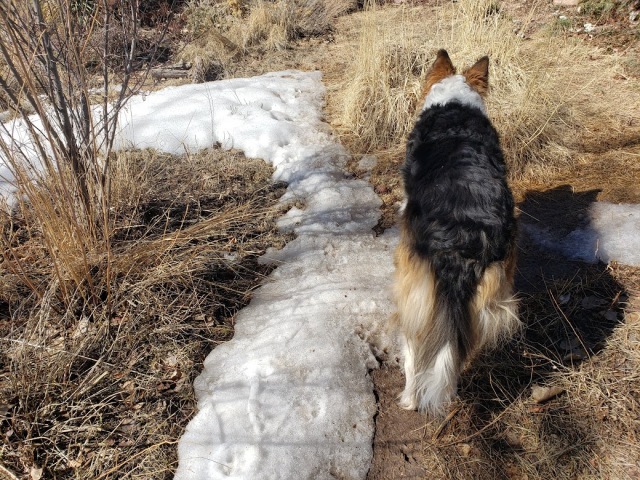 All of the snowdrops were totally exposed to the cold before the snow fell; it was about 5 F (-15C) when that happened.
The guy I live with felt sorry for the snowdrops, but they were all perfectly fine.

Here are some Galanthus elwesii that have escaped from the “main flock”. 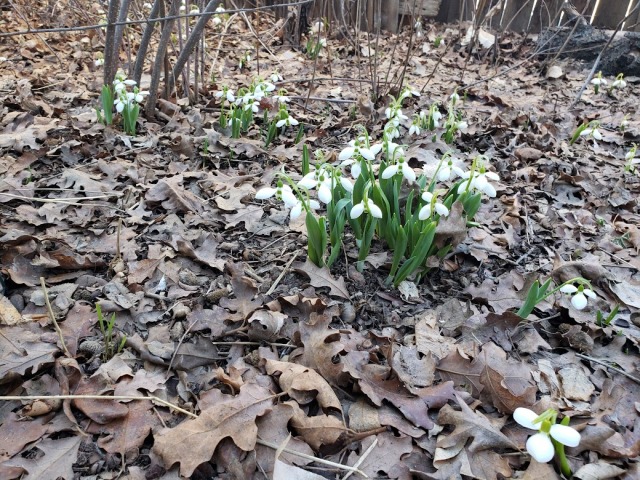 The “main flock” itself looks okay, even after all that traumatic weather.

You can see that the snowdrops have seeded around a bit. There are some other species here, but Galanthus elwesii is the main one, and over the last quarter century or so they’ve started to go a little crazy.
We have a lot of ants in the garden; ants do the work of spreading the seeds around.

Except with this one. 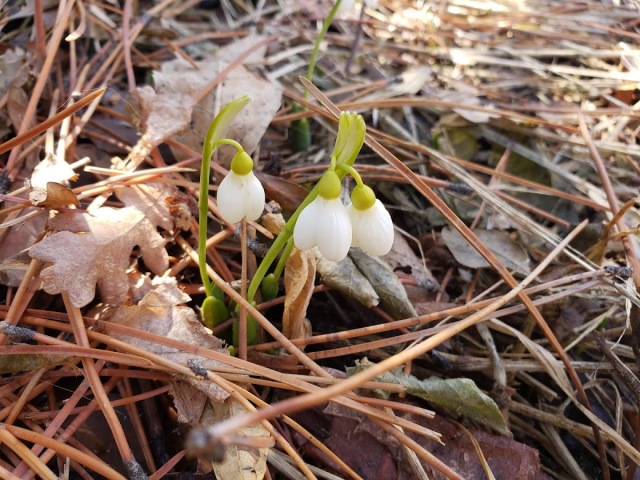 This is Galanthus alpinus var. bortkewitschianus (really),only known from a tiny area in the western Caucasus. It’s sterile, and so doesn’t set any seeds.
It doesn’t grow very tall because it’s weighed down by its name.

With all the warm weather of the last few days, the crocuses are up. This is Crocus ancyrensis ‘Golden Bunch’. 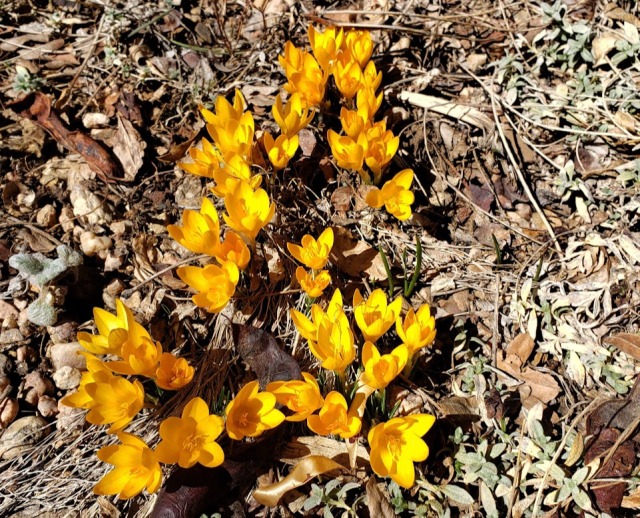 And some of the spring-flowering colchicums, too. This is Colchicum bulbocodium (which you can buy as Bulbocodium vernum; DNA or something showed this was really a colchicum, but the name Colchicum vernum was already taken). 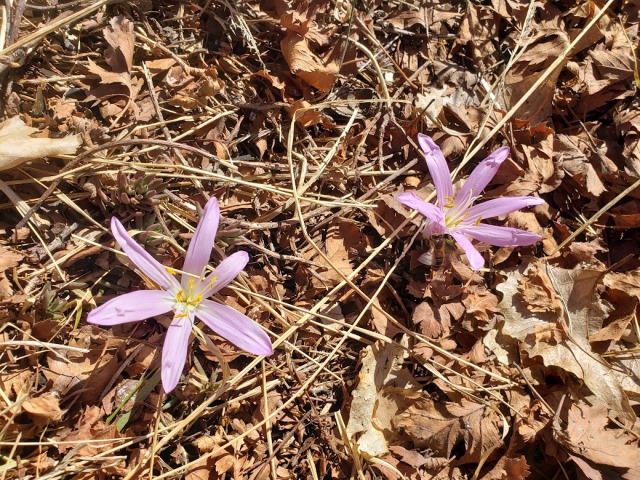 So that’s it. We hope there are no more deep freezes.

I’ll leave you with a picture of me hunting for voles on my morning walk. I didn’t find any, but it was still fun. 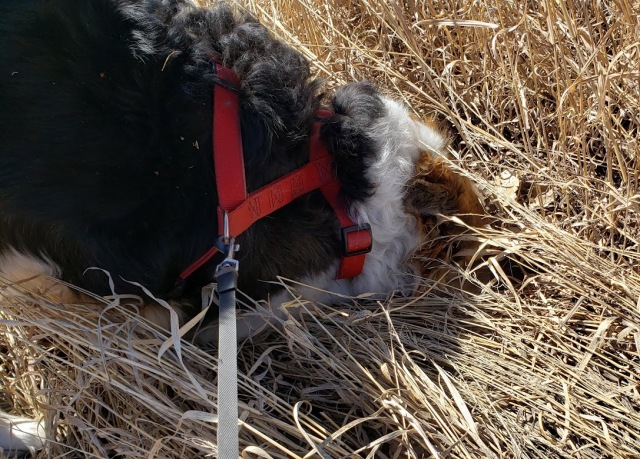 22 Responses to how things change