why so not blue?

A penstemon. Purchased as Penstemon arenicola, which it is not. (Too many basal leaves, my dear.) And it was supposed to be blue. Blue, blue, blue. As is evident, it’s pink.

Why so pink? Well, penstemons in Section Coerulei, which this is in, often decide to be pink, or lavender-pink, instead of blue. Occasionally they even decide to be white.

I suspect that this is a garden hybrid between two species (maybe the other is P. pachyphyllus or angustifolius), which can happen within a section, anther (the dark blue things at the top of the flower’s throat, visible in the third picture) dehiscence occurring at roughly the same time and the same way within a section. Whatever, huh.

It still has the electric-blue buds of arenicola. Check them out. 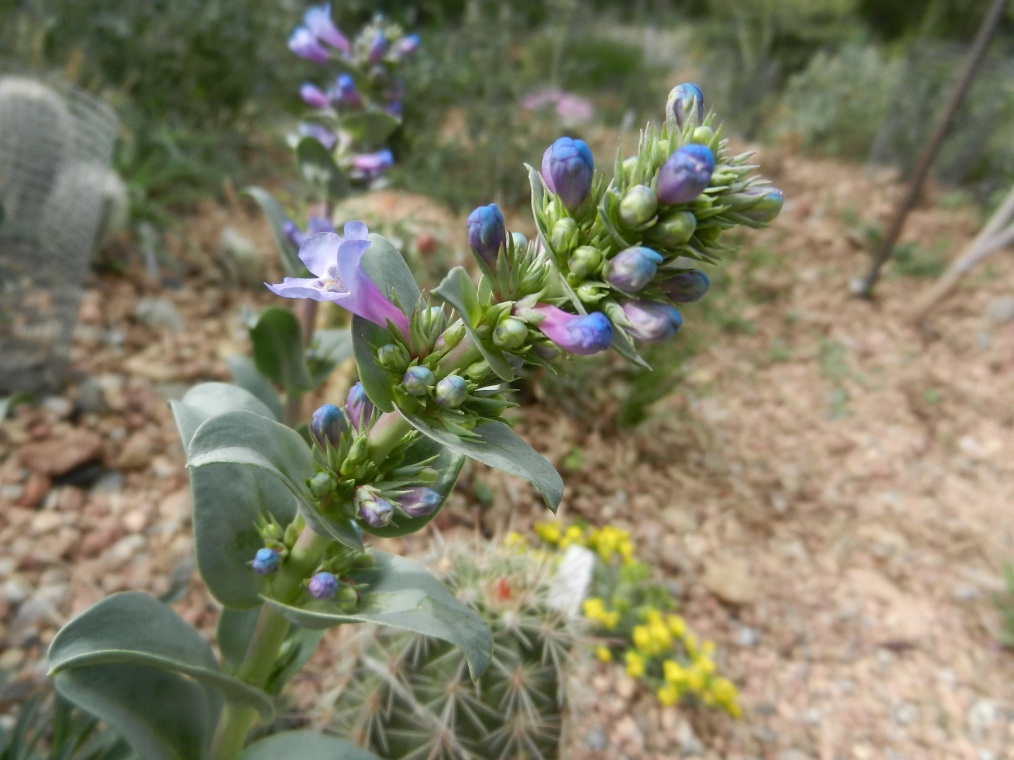 And, if you were a bee looking for nectar, nice guide lines to show you the way in. Kind of like runway lights at an airport.

But blue? I think not.

idle
View all posts by paridevita →
This entry was posted in Uncategorized and tagged penstemons. Bookmark the permalink.
%d bloggers like this: