Orostachys spinosa, and offspring. (Yes, I could have brushed all the pine needles and stuff away, but I’m going for the natural look.) 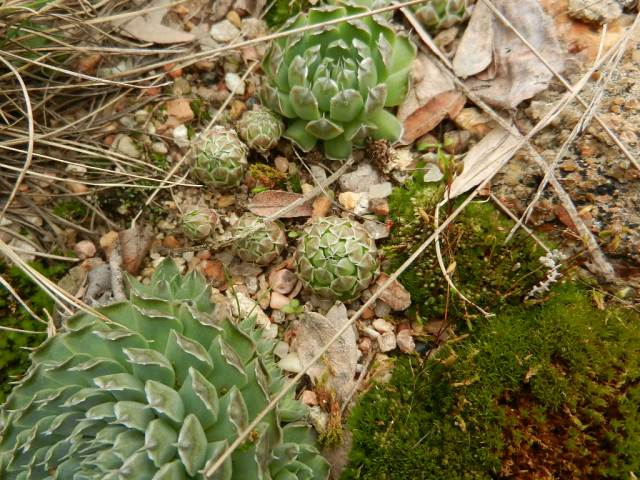 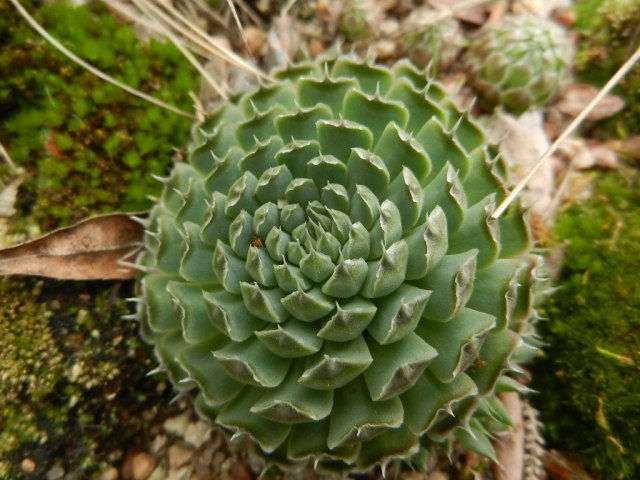 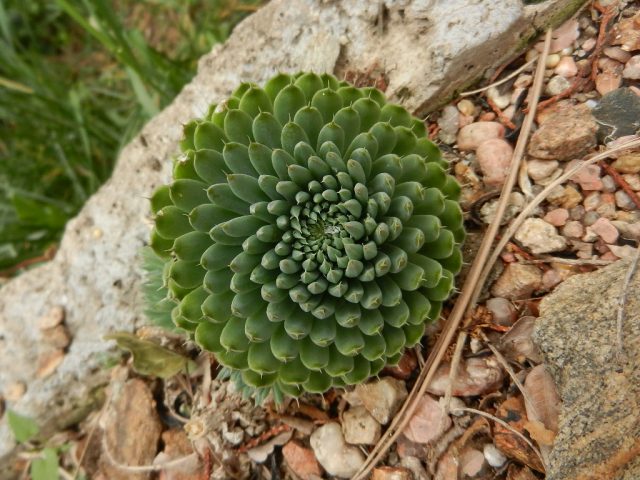 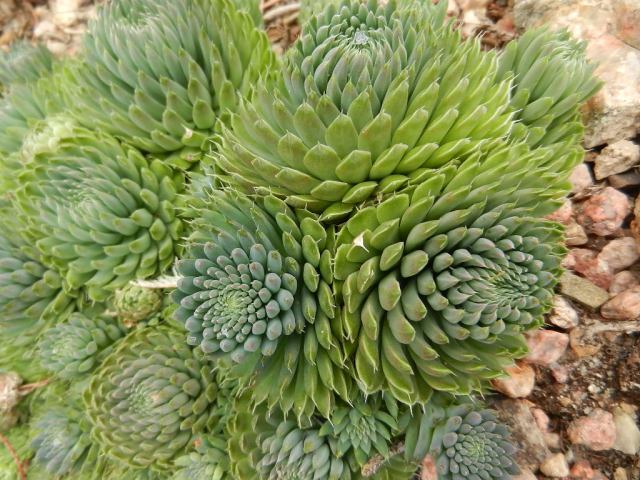 Something vaguely alien-claw-looking about the inner leaves. Some of the online literature suggests that this was once considered a subspecies of O. spinosa, which it was not.  Flora of China, though, describes the habitat as “house roofs” in Heilongjiang and  Liaoning Provinces in China, and also in Korea. Which is …..wait a minute, house roofs? No other habitat?

Linnaeus described Sempervivum tectorum, “of roofs” because people planted them on their roofs as a way to ward off lightning (I think it was the late Christopher Lloyd who observed that counting on this was probably not a good idea….), but Flora Europaea gives the habitat as mountains, not just roofs, so the presence of O. minuta only on roofs is very curious indeed.

(Incidentally, since it suddenly struck me, the alternate plural for roof,  rooves, is also acceptable.)

The burgeoning inflorescence. (With a bunch of leaves from Allium sibthorpianum.)

idle
View all posts by paridevita →
This entry was posted in Uncategorized and tagged orostachys. Bookmark the permalink.
%d bloggers like this: