I was driving out of a nursery one day and saw this glimmer of red. I put the car in reverse and backed up. There were several claret cup clumps (say that fast ten times) that had been dug from private property and were for sale for twenty bucks. I ordinarily shy away from such things but there were over sixty stems per clump, and figuring the price they ask for one rooted stem, I did the math and bought a clump.

It looked great for a year or two then got the rot, and pretty soon the whole center was gone. Eventually it stabilized, or recovered, or whatever cactus do, and it’s been coming back slowly for several years now. 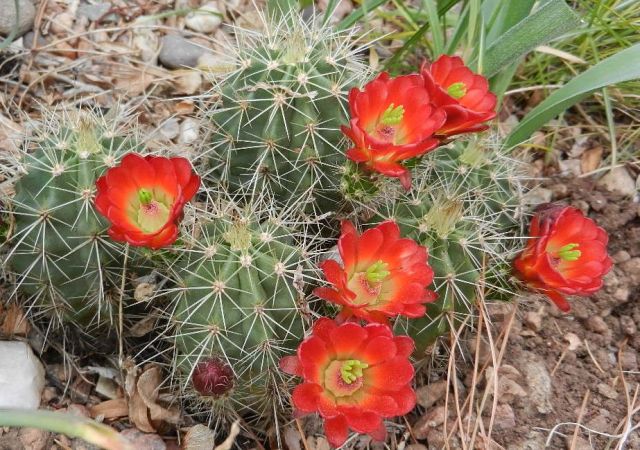 Here is one of the hybrids between it (or E. coccineus, which is supposedly different in having in less tubular flowers) and E. reichenbachii. I saw one blooming in the display garden at Timberline Gardens and heard two things about it, one promising, one alarming.

The promising thing was that there was a flat of them in the back greenhouse; the alarming thing was that a well-known horticulturist had been back there just the day before. I high-tailed it back to the greenhouse, heart pumping, and when I got there, found four plants, which must have been left there by mistake. I was all over them like a dog with popcorn spilled on the floor. 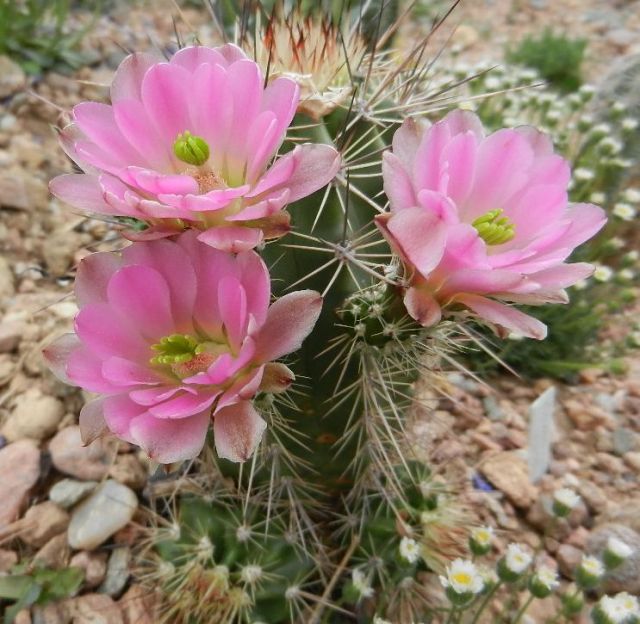 The “White Sands form” of E. triglochidiatus (or the other one) only has one flower open so far, but I noticed someone taking a nap on it this afternoon. 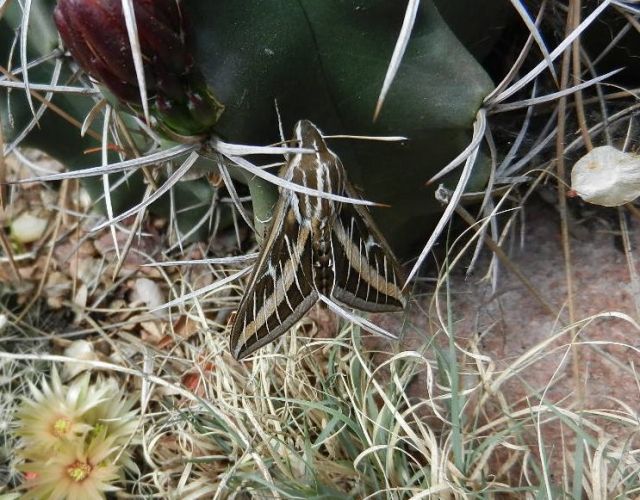 idle
View all posts by paridevita →
This entry was posted in Uncategorized. Bookmark the permalink.
%d bloggers like this: