a case of the creeps

This will probably sound stupid, and if it sounds stupid, it probably is.

I’ve had this case of the creeps for quite some time now, and haven’t been able to find the cause. Just this vague, uneasy feeling that something was wrong. Something in the garden.

Years ago I introduced myself, since that was the only way, to the novels of Witold Gombrowicz, and one in particular, Cosmos, has affected me to this day. (I did discover that walking around a college campus with another of his novels, Pornografia….no, it isn’t about that….tucked under your arm does not attract women.) Though today I would reject a lot of the ideas as being Western attempts to create patterns of order on things that are really quite ordinary, this eerie sense of something vaguely disturbing that is sending me some message I can’t quite decipher is still with me. What was it that caused me to shudder as I walked out to the shed?

Since I no longer have my “soul-mate”, or constant companion (I like that better) around to say “You’re just being weird, knock it off” and since I see the garden every single day but often don’t really see it, and have very few visitors (probably because of the first thing), there have been no pair of like-minded eyes to tell me what was wrong.

As I’ve said before, I’m replacing the lawn for the umpteenth time (umpteen is less than a zillion, by the way), and yesterday I finally got around to the south side of the lawn, scraping it up with an “army shovel” (Tool, Entrenching, Model 1945, saw action in Korea, has been my primary gardening tool since, like, forever)

and all of a sudden, there it was. 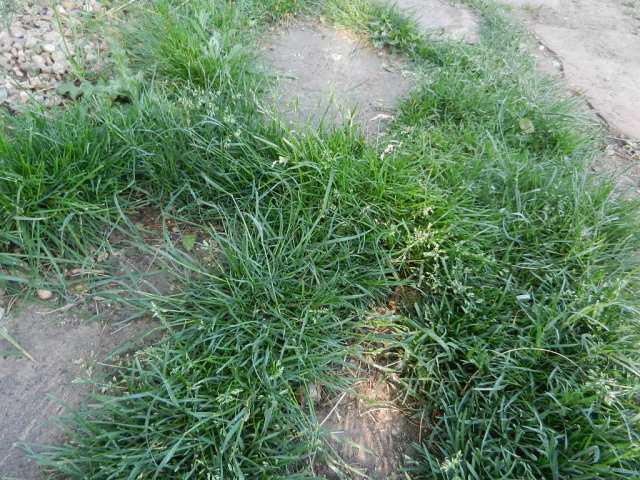 The creeps. Where the grass had been scraped up, I saw a lightness a spirit, a sense of being freed some some nameless horror, the feeling you get after you come out of a dark, spiderweb-infested crawlspace, into the sun.

I remembered this morning how much Cindy disliked having the grass do this, too, and how much time she spend scraping away at it, and now my case of the creeps is just a memory.

I still feel stupid. Not much I can do about that.

idle
View all posts by paridevita →
This entry was posted in Uncategorized. Bookmark the permalink.
%d bloggers like this: