Even though the garden center where I buy a lot of bulbs decided to raise its prices, I still sprung for several bulbs of Fritillaria persica, because I thought they would be a valuable addition to the garden, and make a dramatic statement.

There is a small colony of these already present in the garden; the bulbs have been there for over twenty years. If they could read, they would have been dead by the end of their first year.

Fritillaria persica, and the often sympatric F. imperialis, which grow on sunny, rocky hillsides in Turkey, Iran, and adjacent areas, are said to require “humus-rich, well-drained soil” in order to thrive. Need humus to retain water, but need drainage not to retain water. Just the sort of conditions you might find on sunny, rocky slopes. No wonder the things are said to be difficult to grow. 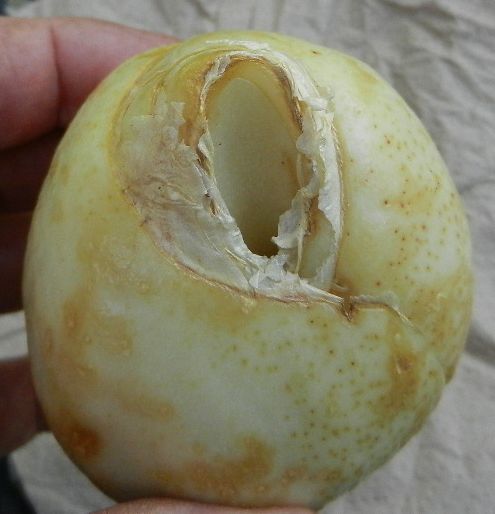 The top of the bulb. The hole is from last year’s flower stalk, and people recommend planting the bulb at an angle so that water doesn’t lodge in the hole. Or not. Not, in my case. 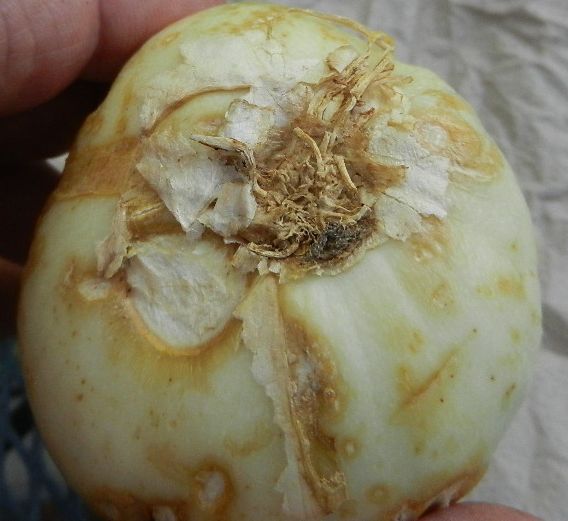 The bottom. Where the roots emerge. In fact, knowing which side is up, or down in this case, really does matter.

Some people would use a bulb-planting tool for the planting operation. I use a planting spear from Way Cool Tools instead. 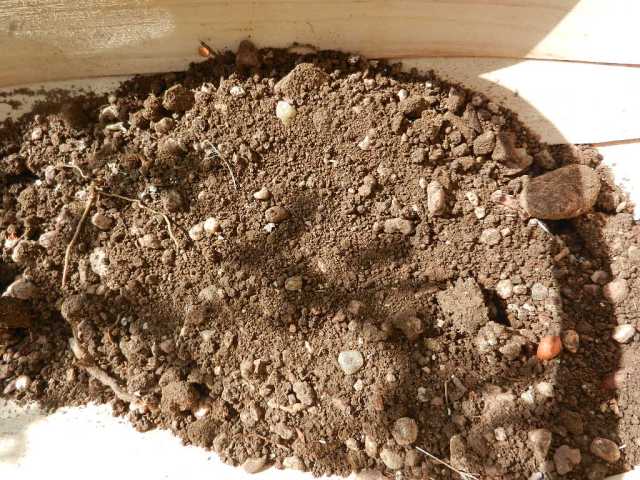 the right kind of soil for Fritillaria persica

Looking down into the planting hole, with camera strap accidentally included, and shaft of sunlight symbolizing sudden enlightenment. Fruit of Opuntia macrocentra var. violacea just happened to be teetering on the edge of the hole, indicative of the kind of companion plants suitable for this bulb.

idle
View all posts by paridevita →
This entry was posted in Uncategorized and tagged Fritillaria persica, Way Cool Tools. Bookmark the permalink.

2 Responses to blathering about bulbs