Naked ladies, or colchicums. Some people call them naked boys, but, uh, I prefer the other, more common name. Sometimes called “autumn crocus” which they are not (crocuses have three stamens and colchicums have six; the former is in the iris family and the latter in the lily family, or in its own family, the Colchicaceae), and also called “meadow saffron”, which they are most definitely not.  A meal of risotto alla milanese made with colchicine would be your last.

Pets don’t bother them so there’s no worry there. The only matter for concern, if it is one, is the enormous green leaves produced in spring, that wither and die spectacularly at just the wrong time of the year for things to be withering and dying.

Like cyclamen, narcissus, and crocus, to name just a few, some species start to bloom now, some in the middle of winter, and some in spring.

The name, by the way, comes from ancient Colchis, the area at the extreme eastern end of the Black Sea (the rainiest place in Europe), where Jason went to swipe the Golden Fleece, and, probably more importantly, Medea. Like most legends, the fleece part was probably added on later to make an ordinarily story of sailing to the ends of the earth for a woman just a little less ordinary. Even more likely, a bunch of guys heard that Colchis was full of naked ladies and off they sailed, calling themselves The Argonauts to impress the women. The fact that only Medea came back with them says something.

I digress, as usual. I’m only certain of the names of the first and third plants.

a named variety, but the label is lost. 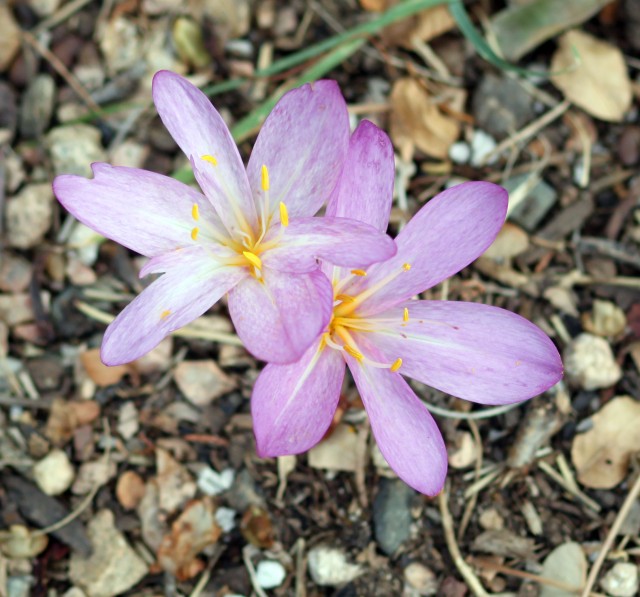 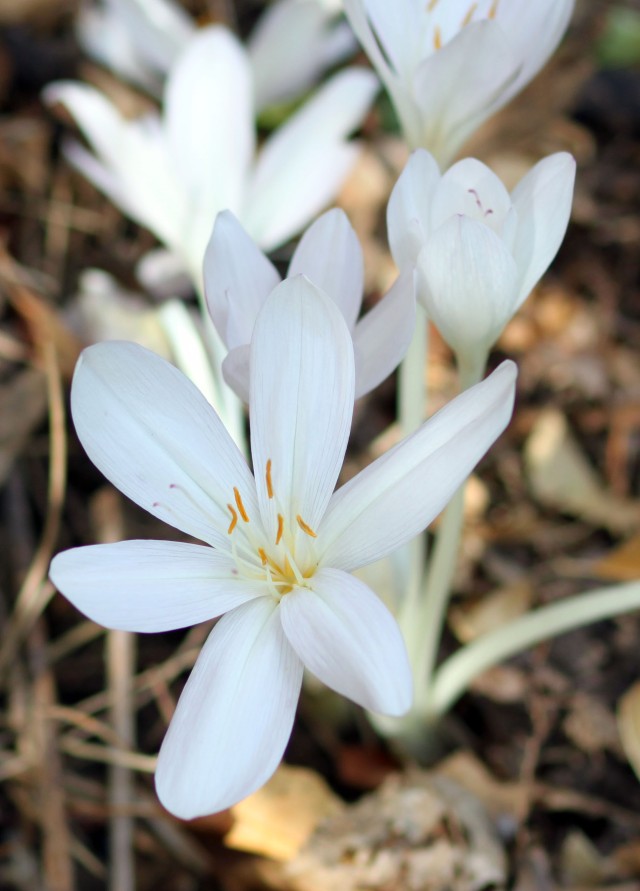