1. Lack of killer instinct.
Exhibit One presented as evidence of illegal snacking. I know exactly who is doing this, and people tell me I’m supposed to track down the evildoers and dispatch them in some messy way. Then “throw ’em on the grill; they taste just like chicken.” 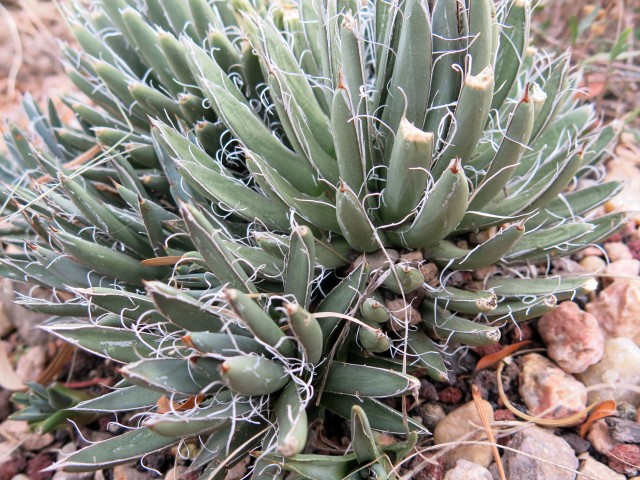 2. Lack of respect for tradition.
The world’s smallest front lawn, with Mexican blue oak in the cage. The lawn never gets mowed. Some of the neighbors think this is a disgrace, and an affront to everything that’s sacred in this country.
When we moved here, in 1985, there was a lawn and a burgeoning shade tree (meaning, water-sucking weed on a stick). Both were gone by the end of the following year.

3. Unwillingness to admit I might have an addiction.
I like cercocarps. A lot. Cercocarpus montanus is one of my favorites, even though it’s common as dirt on the hogbacks a few miles west of here. Nice silver gray bark in winter. This one is about 20 years old; I like it so much, especially the way it takes to being pruned in an upright form, that I planted six more when a space in the garden miraculously opened up. 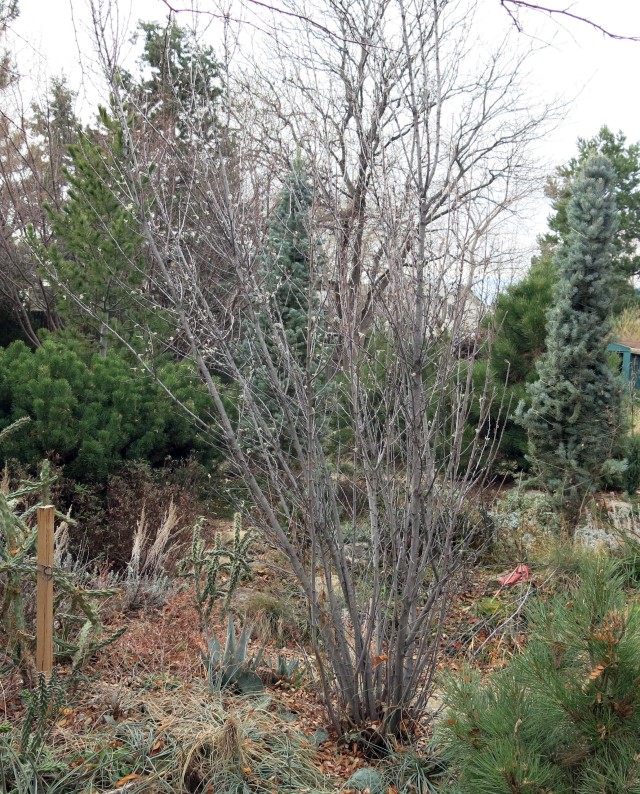 A few years ago they started doing this, and I’m letting them do it. Even when they seed right next to a path that people sometimes walk on. (This could also be considered an unwillingness to do anything remotely resembling actual work.) 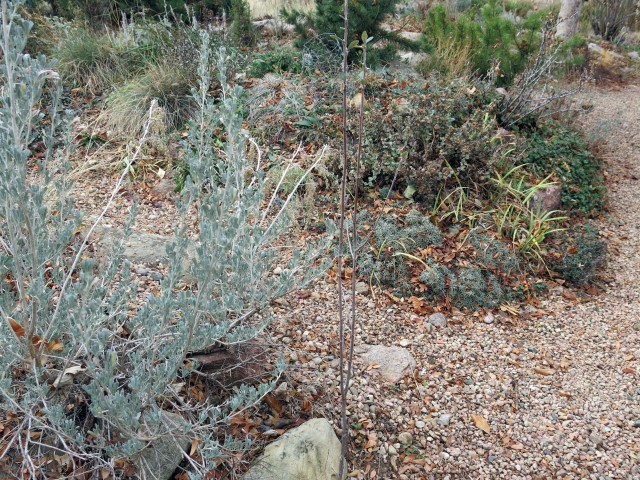 4. Lack of horticultural decorum.
Found this seedling, among a group of other self-sown seedlings of Mahonia repens, and decided to give it a fancy name, like ‘Blue Weenie’. It’s little, and it’s blue, so why not? I could have called it ‘Love’s Dream’, or ‘Flight of Freedom’, or some other really descriptive name. 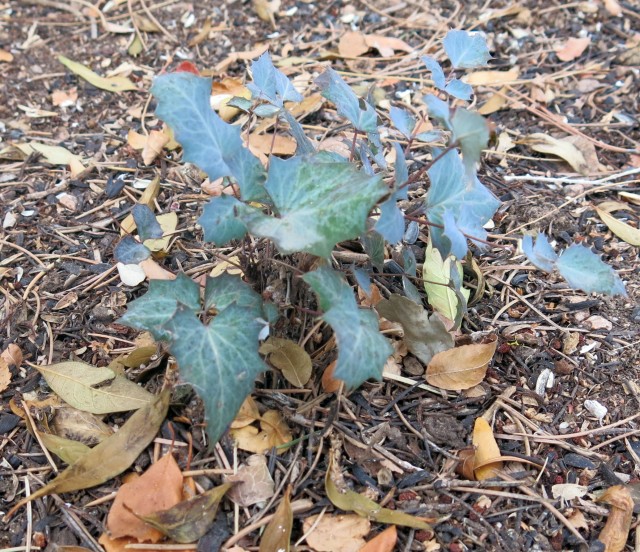 a cross between Mahonia repens and M. fremontii or M. haematocarpa

I was talked out of the name I chose, which is a pity, because I figured I’d make a couple million selling the plant itself, and another couple million letting whoever bought it change the name, which I course I would have trademarked, patented, insured, copyrighted, assigned a Social Security number, etc.

And not only that, instead of doing all those things that are de rigeur these days, I promised the plant to a local nurseryman, for free, when it got bigger.

So many wasted opportunities here. 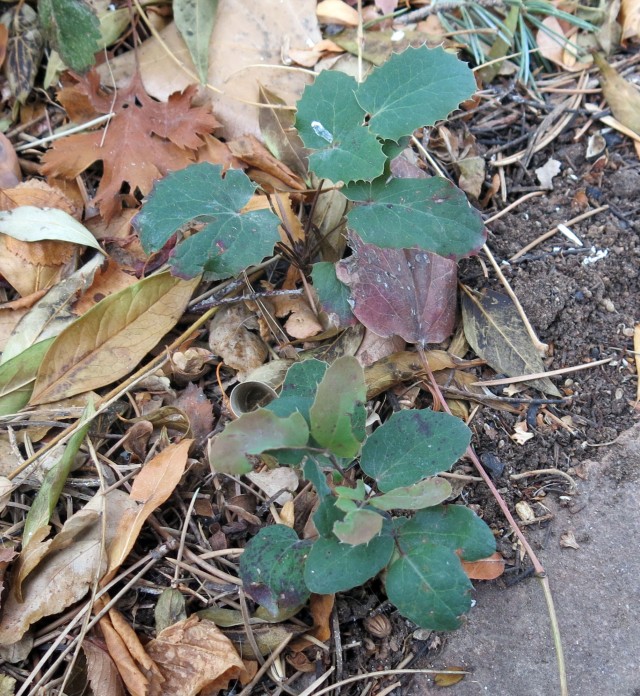 5. Utter disregard for my zone.
I feel the same way about hardiness zones as I do about Santa Claus, the free market, the planet Nibiru, etc. Young plants here get cages, to keep them safe from teeth that shouldn’t be anywhere near them, and burlap to protect them from wind and hot winter sun. (Does the zone stuff say anything about hot winter sun and totally dry soil?)
Besides, I like to say umbellularia. 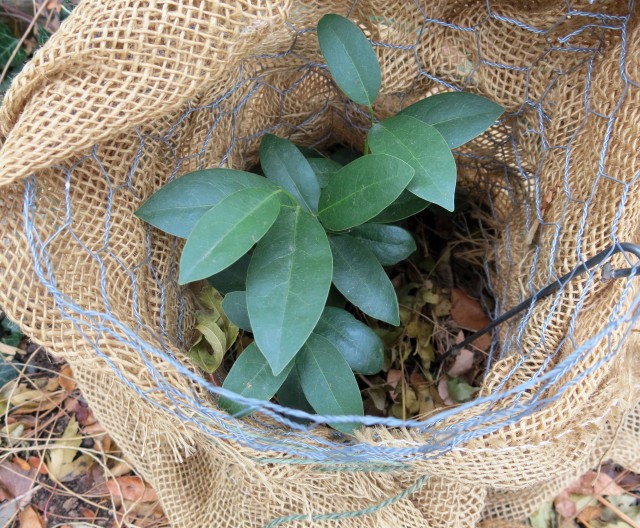