Hi. It’s me, the dog, again. The guy I live with is busy staring off into space; I guess he’s trying to figure out how to get a light bulb for his light. It got worse last night when he discovered a note that said “20 x 20 x 1”, which was to remind him of the filter size he needs for the furnace. He’s gone to the hardware store several times to get a filter, along with the light bulb of course. He always comes home with stuff from the hardware store, but never a furnace filter or a light bulb.

Between you and me, I think the guy I live with is kind of a nut. He’s really nice and all, and I know he misses my mommy a whole lot, but he keeps writing these notes to tell himself what to do, and then he loses the notes. I would tell him to write a note telling him not to lose notes, but I don’t think that would help.

Since the guy I live with is kind of useless right now, what with all the note writing and staring into space, I took some pictures of my garden that you might like to see.

I go in here. I’m pretty sure I’m not supposed to, but the guy I live with has never said anything. Look how messy it is anyway. I know what “get out of the garden” means, but he’s never said that. It could be I wasn’t listening.

This is where the bunnies sneak into the yard. The guy I live with puts down a board over the hole they dig, and so they dig another hole. Bunnies are smart, too.

This is where bunnies lie down for their naps.

I don’t think it works. 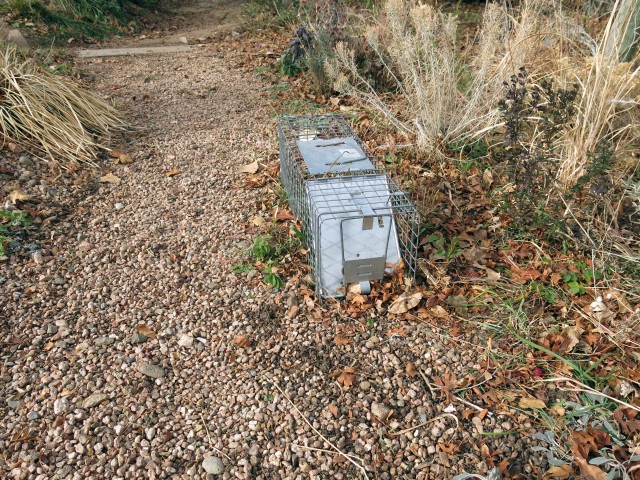 This is scary. I stay away from these. Most of them are in the front yard, where I never go, but some are back here.

These are the troughs on the south side of the house. The fence shades them. There used to be one more, but Slipper, who was naughty, stood on it to see if he could see over the fence, and the trough broke. Slipper was okay, and the guy I live with didn’t say anything, because he realized he’d balanced it on two upright cinder blocks instead of putting them hortizontally like a normal person would.

This is scary too. There are two metal things that keep me from walking into this. You can see part of one of them. I think the little yucca is called Yucca nana, and the agave is Agave toumeyana var. toumeyana. (I told you I was smart.) 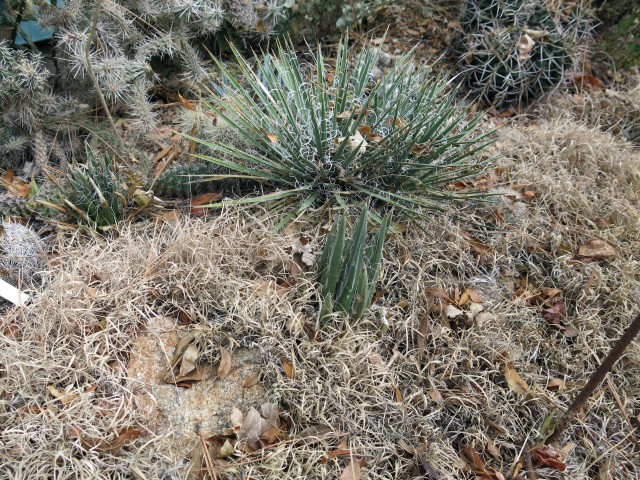 There are cactus hidden in the buffalograss. The guy I live with says it looks natural, but I think it’s scary. 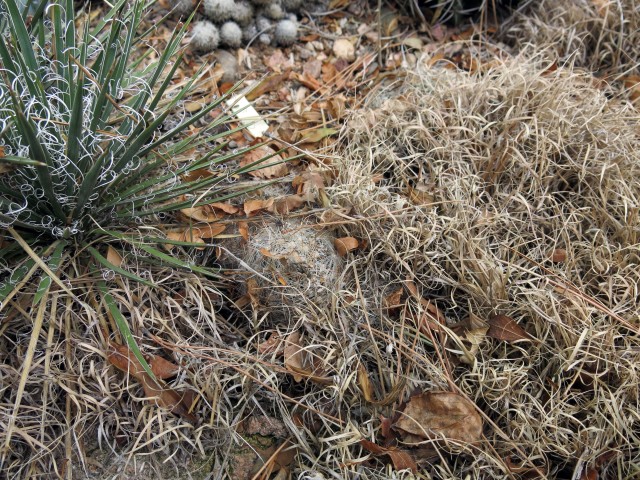 This isn’t so scary. This is Opuntia basilaris var. brachyclada, I think.

Remember I said my buddy Slipper was really naughty? This was a path no one was supposed to go on except the guy I live with, and my mommy when she was weeding (I’d sit right next to her then and she never told on me), but Slipper, since he was naughty, decided it would be a good path for him, so it was made into a path for everyone.

This is the shortcut Slipper made when he ran out to the back fence. We all thought it was really, really naughty at the time, but the guy I live with put down a bunch of rocks, and said it looked natural (he keeps saying that all the time), and we all decided we liked it, so Slipper wasn’t being naughty, he was being a designer. 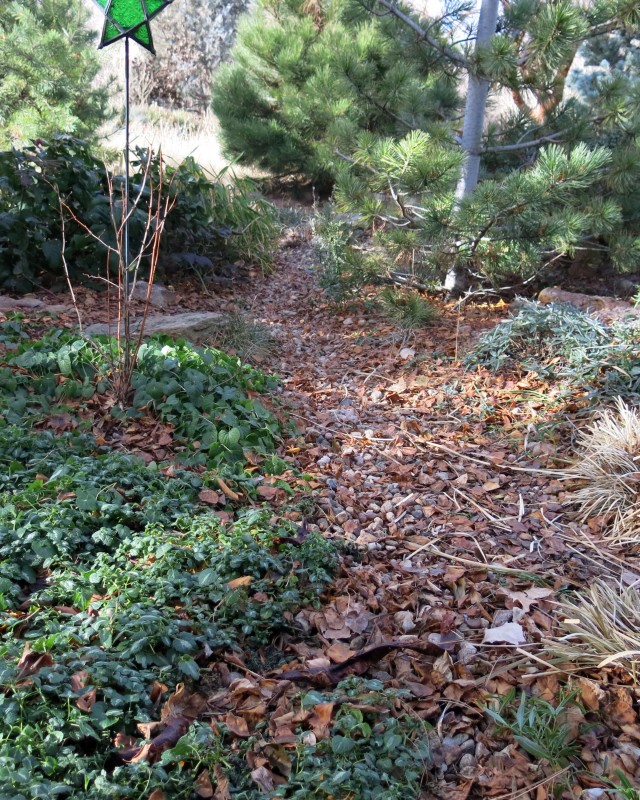 This is looking the other way. The guy I live with says this is what natural looks like. 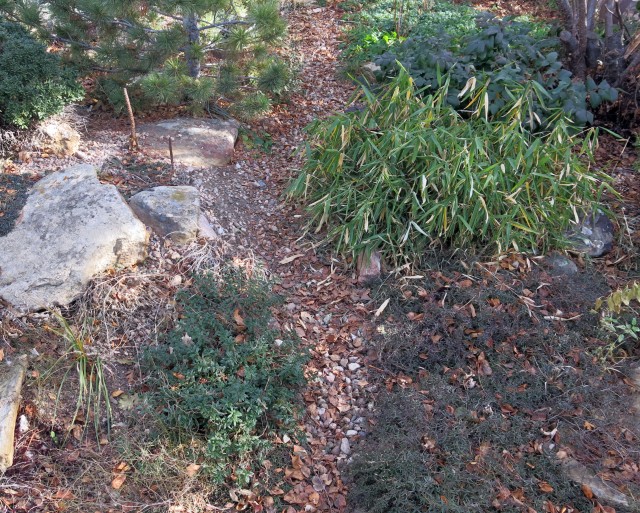 This looks funny because it is. This is where my buddy Slipper did his butt dance. His rear end, on his back anyway, itched a lot, I guess, and he would scratch it on the pine tree and do a funny dance with his hind legs, so the branch was left this way. I never tried it.

I guess I’ll go to the hardware store tomorrow with the guy I live with, and if he comes back to the car without the light bulb and furnace filters, I’ll nip him. I do that sometimes because it’s my job to keep him in line.

1 Response to still no lightbulb