There’s not much else to do in weather like this. I suppose I could take pictures of snow, but imagining a boring white blank spot is just as easy.

I do pace back and forth a lot, waiting for something to happen in the garden so I can go out and look at it, and say, “Oh, something is happening in the garden”, but when I do too much of this, the dog gets out of his crate and tries to herd me over to the cabinet where the biscuits are kept. Drumming my fingers on the table and staring out the window doesn’t make spring come any faster, either.

That second home on the Italian Riviera is sounding better and better.

After posting a picture of Mentzelia decapetala yesterday, I found some more, even better ones. This is a spectacular plant, more or less biennial, a night blooming member of the Loasaceae (many of which have stinging hairs on the leaves, but this one has leaves like sandpaper) with scented flowers four or five inches across.

This is best grown from seed sown directly into the garden any time from late November until right about now. Likes dry soil, which, for me, is easy to provide. These pictures must have been taken in the early morning, when I was asleep. 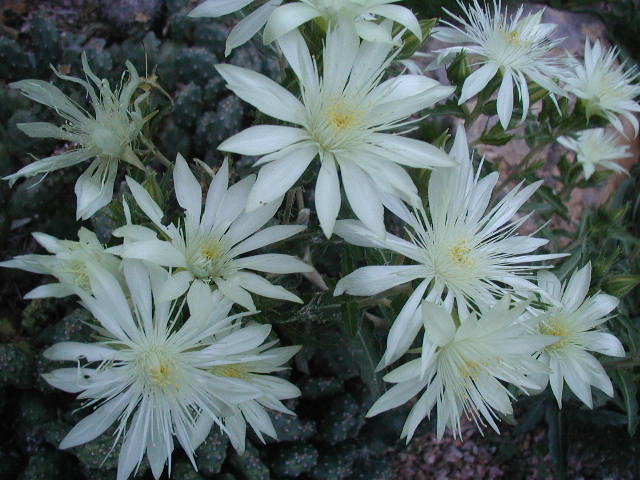 On the same disk I found some pictures of douglasias, including two I had completely forgotten about. There is a story about them, which I will tell, even though, as usual, it makes me look like a complete idiot. This seems to be a trend: I tell a story, look like an idiot. Well, whatever.

I have a douglasia trough, Two, in fact. The reason I have them is that it’s cool to have them. Here are some pictures of Douglasia nivalis, again, that Cindy took several years ago. 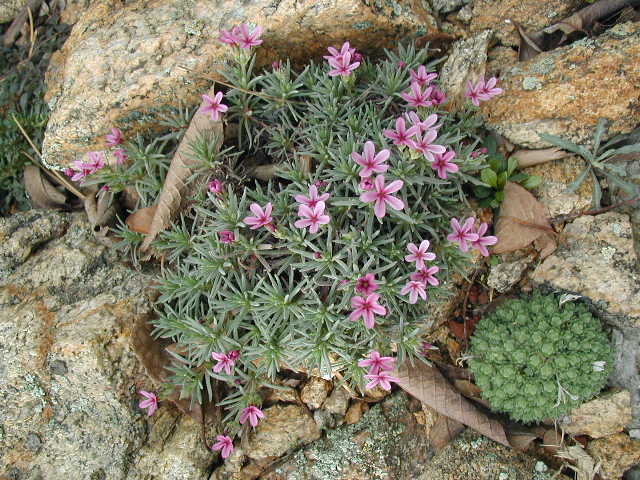 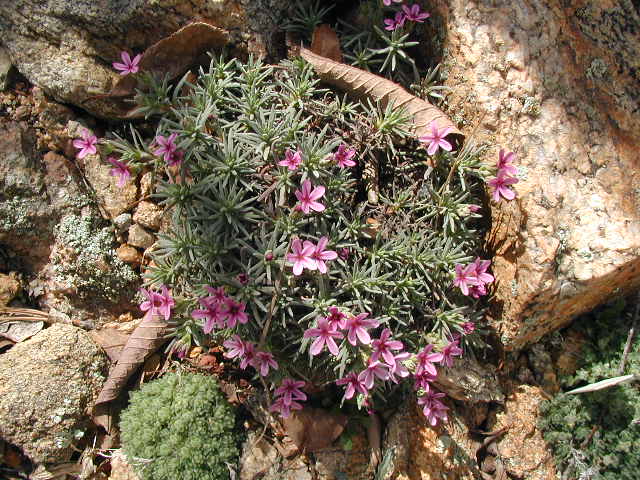 I grew these from seed. I confess that they had a rough time last summer and I think I lost one, or maybe both the plants, which had gotten quite large until I forgot to water them, but that can happen to almost anyone.

And Douglasia montana. I posted a picture of this with more flowers a while back, but I’m including this one to help the story along. 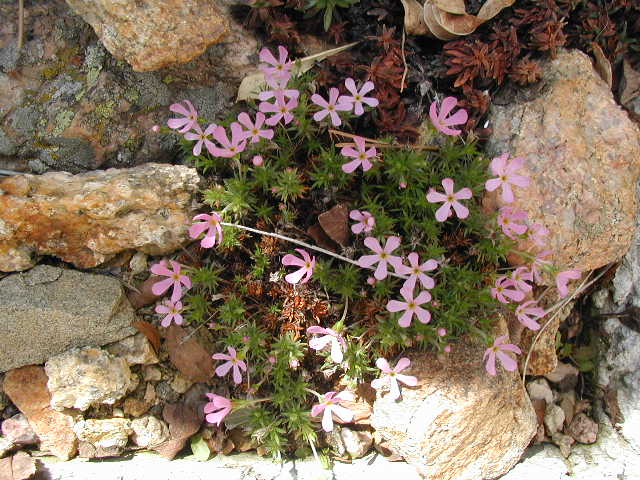 Some dried up foliage of Douglasia laevigata is visible at the top, as well as some greenery too.

Then it bloomed. Hmm.

Feeling all botanical and stuff, I sent a note to an authority on douglasias, and they sent back some vials with preservative, and I sent off flowers and leaves. The diagnosis was that it was probably a form of Douglasia nivalis with unusually succulent leaves. I’d probably given up on a seed pot and tossed it into another part of the garden.

If there is a dance you do when you have an unusual form of Douglasia nivalis, with unusually succulent leaves, I probably did it. There might have been a song to go with it, I forget.

I turned the whole matter over to the gardening side of my mind, which thought about it for one or two minutes. Unusual form of Douglasia nivalis with unusually succulent leaves growing in the raised bed…..two douglasia troughs. Douglasias belong in troughs. I dug it up and planted it in one of the troughs.

By the end of the following day, it was dead.

10 Responses to no happy ending here