another day in the garden

Another day in the garden. I wandered around to the north side of the house to see if there were any snowdrops blooming through the snow (there were), and came across what you might call a “feather bed”. I feed the birds, and birds feed on them. 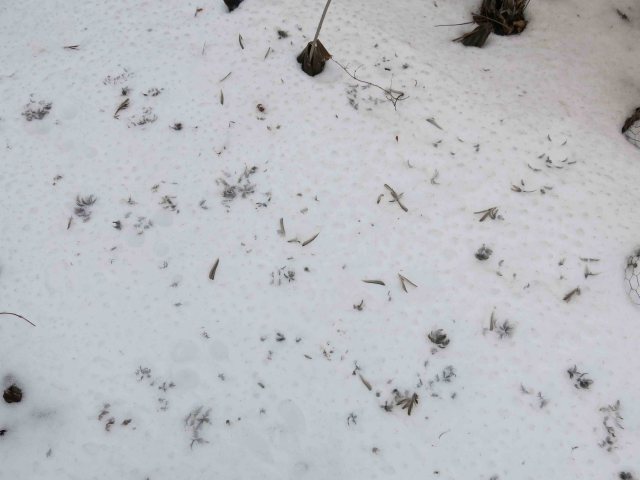 The dead agave is still dead. It will probably be dead tomorrow, too. I imagine this will continue for quite some time, until it’s really dead, at which point I might remove it, or just leave it as a conversation piece. “Is that dead?” “Yes, it is.” 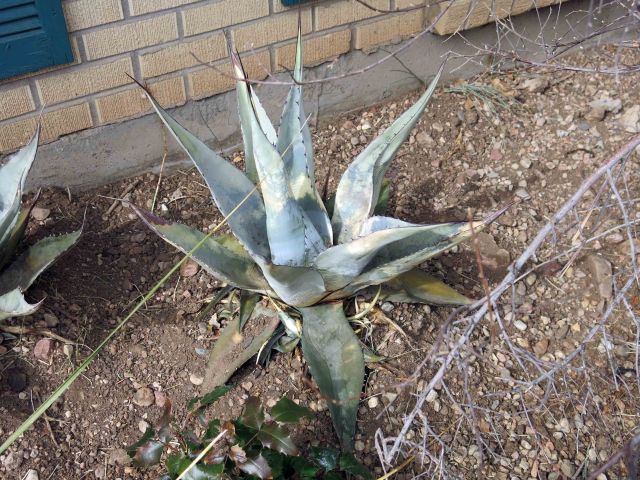 I managed to muster up enough energy to do a bit of digging, to remove the existing bulbs and other plants from the little garden in front and pot them up. It’s looking worse every day. (When it’s finished, it will be a pile of gravel with cactus in it.) Now I have to remove the top six inches of soil, to get rid of any grape hyacinths that might be left, and put the soil somewhere. I was going to fill in the pool in the back yard with this soil, but the pool is full of ice, and I don’t feel like waiting until July before the ice melts. I wonder if anyone in my neighborhood would notice a pile of dirt in their front yard.

In the corner, where the fork is (those are Galanthus caucasicus on the walk next to it), were a number of corms of Gladiolus dalenii. I threatened this gladiolus last year but if I had known what I was doing, and what it was doing, I would have realized that it was spending the whole summer making more corms; much larger ones too. They’re covered with dirt in this picture; five or six large ones and several smaller ones.

They came apart as I dug them up, and I noticed some fungus. There was a bag of horticultural charcoal in the garage left over from the days when my wife grew a bunch of orchids, and I knew right where it was because I saw it all the time without ever thinking much about it.

Naturally, it wasn’t where it always was, and in fact it wasn’t anywhere. I searched for half an hour and could find no plastic bag with a purple label that said “charcoal” on it. It was there, once, but not any more. I have an old can of Bordeaux Mixture out in the shed, and also an ancient jar of Benomyl, but I don’t mess with chemicals much, preferring to let plants die rather than mix something up that might poison the dog or make me think I can fly. Both of those preparations are relatively safe, but I had my heart set on charcoal.

I pondered the possibility that the bag was somewhere else in the garage, but I couldn’t think of any reason why that should be so, and resigned myself to driving off to the nearest garden center just to get what I wanted, when all of a sudden I noticed something that made me stop and think. The answer is sometimes right in front of us. 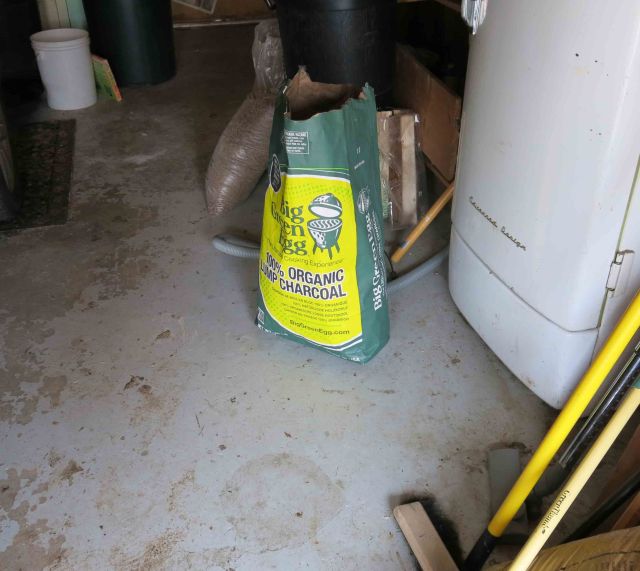 That’s all for now.

idle
View all posts by paridevita →
This entry was posted in Uncategorized and tagged Gladiolus dalenii. Bookmark the permalink.

4 Responses to another day in the garden