Hi there, it’s me again, Chess the border collie. Here I am standing in one of my favorite places, right in front of the refrigerator. There are biscuits in the cabinet next to the refrigerator, which is why I stand there. I know how to hint.

You can see that both I and the guy I live with have tracked dirt onto the 1970s kitchen floor. I say the floor doesn’t need to be replaced and a little dirt just adds class. 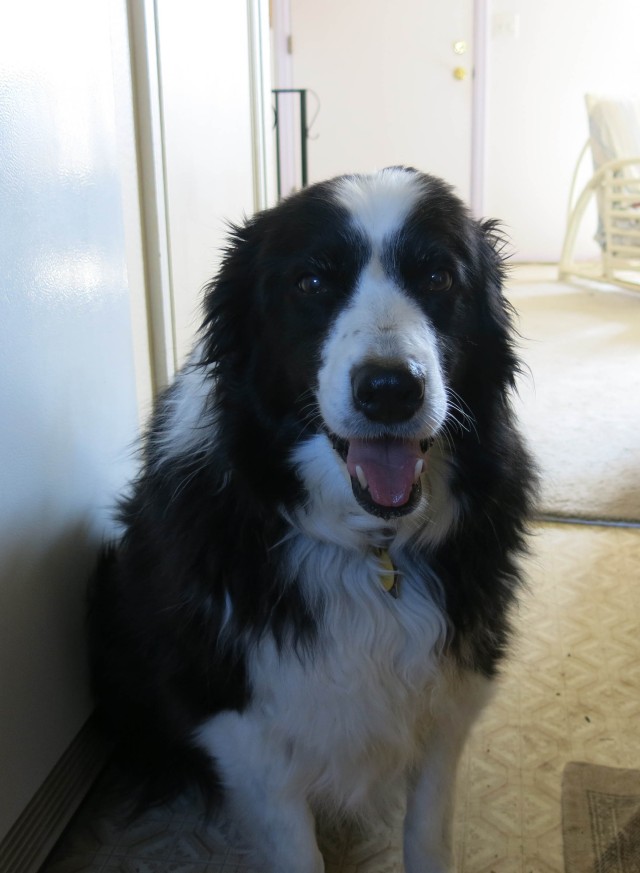 The snow that fell the other day melted later that afternoon, and it got really muddy, so we tracked a lot of stuff into the house, which was fun. The weather has gotten nice and so the guy I live with has already started whining about the amount of work that needs to be done. What he did was move a heavy pot into the front yard, and that was all.

Mostly what he does is things like walk into the shed and then stand there for fifteen minutes trying to remember what it was that he wanted from the shed. Then he goes into the garage and stands there wondering why he’s in the garage. Sometimes he carries a trowel which makes him look really important and busy.

He got a shipment of beautifully grown plants from Beaver Creek Greenhouses and when he unwrapped all the plants the first thing he said was that he should have ordered more. What a whiner. 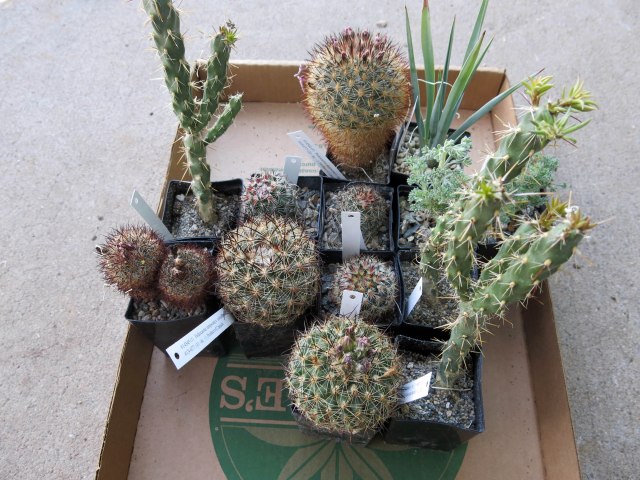 Some of these plants are Pediocactus simpsonii, which the guy I live with already has, and a bunch of which he’s growing from seed, so I don’t know why he bought these, other than the fact that he’s kind of a nut. He even says they sell plants grown from seed right in the county where we live. What a nut.

I can see it’s going to be a long, long summer.

idle
View all posts by paridevita →
This entry was posted in Uncategorized and tagged Beaver Creek Greenhouses, border collies. Bookmark the permalink.

8 Responses to let the whining begin