the barrow of fear

It’s me again. Chess, the border collie. This won’t be so much about me as how I feel about the plants today.  Here I am hiding downstairs, pretending nothing is happening.

The first thing this morning, after our walk, the guy I live with got it into his head that there was a cholla that needed to be moved. He says it’s a hybrid between Cylindropuntia davisii and some other horrible knifey stabby thing. It went into the wheelbarrow and that was just about the time I decided to disappear downstairs.

Scary, huh? It went out by the street where visitors might impale themselves on it. At least it isn’t going into the front garden, the one he made earlier this year. That’s scary too.

Then, a shipment of plants came and the wheelbarrow was full again. This looks scary. 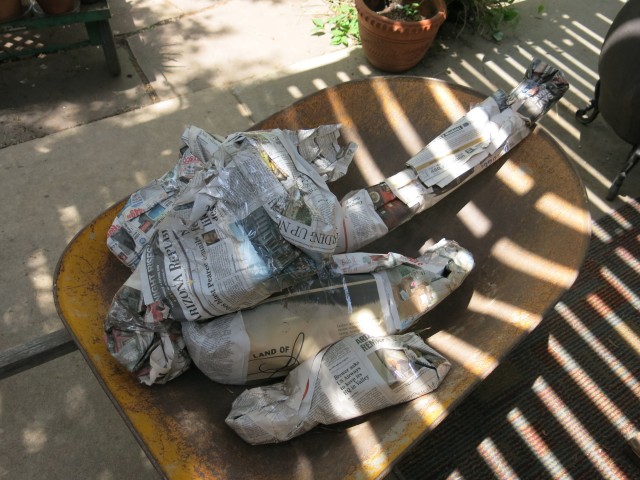 The guy I live with says these are mostly plants for containers and I hope they contain themselves away from me and my ultra sensitive self.

He got an Opuntia engelmanii var. aciculata, aka O. aciculata, the common name of which is chenille prickly pear. He had to look up chenille and has no idea why this thing is called that. Talk about scary.

These aren’t in focus, which is just as well.

I think I’ll stay inside for the rest of the year. 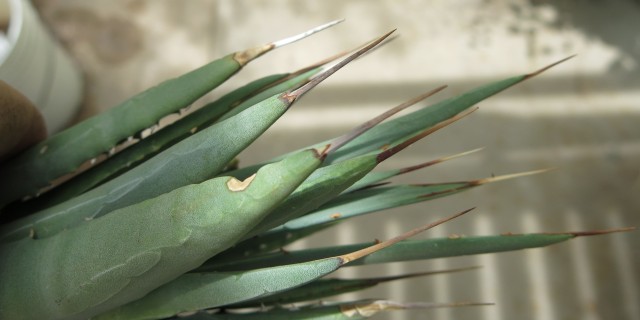 idle
View all posts by paridevita →
This entry was posted in Uncategorized and tagged Agave utahensis, Opuntia engelmannii var. aciculata. Bookmark the permalink.

10 Responses to the barrow of fear